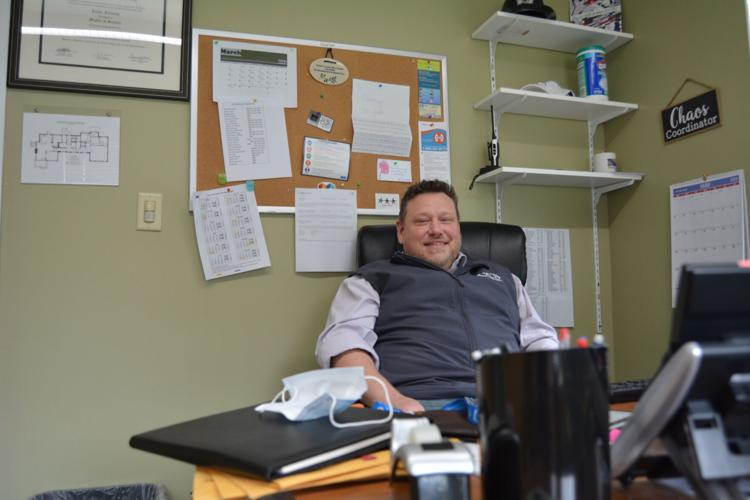 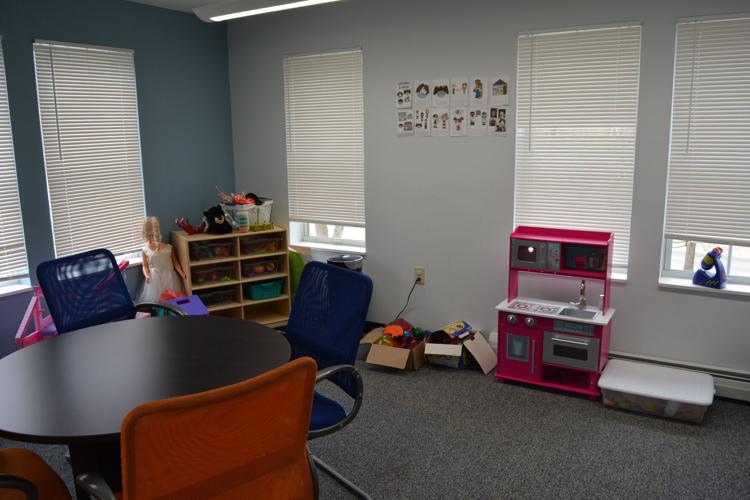 BENNINGTON — United Counseling Service provides mental health urgent care for kids in crisis, keeping them out of emergency rooms. And the need has never been greater.

PUCK stands for Psychiatric Urgent Care for Kids and is the first of its kind in the state. It runs Monday through Friday from 8 a.m. to 8 p.m. Jason Fleming is the director of Children, Youth & Family Services at UCS and overseer of the PUCK program.

“PUCK originated as a mechanism to try to divert kids from the emergency room,” said Fleming.

When a child is dysregulated, or unable to manage their emotional responses, they formerly were sent to the ER.

Typically, the ER visit is “not the best case scenario for the kiddo,” said Fleming.

The emergency room isn’t able to give the young person the type of crisis care that’s needed in that situation. Sometimes there are safety concerns that require the client to go to the hospital, but PUCK is the alternative whenever possible.

Most kids come into the program from school, because of the time frame PUCK is available, but they can also come from home or other environments. The kids don’t have to be UCS clients to use this program; all the program needs is the consent of child’s guardian.

Kids that come to the program tend to be emotionally detached, isolated or having an explosive or violent outburst. UCS’ Family Emergency Services are deployed first. Its goal is to deescalate the kid and get them back into their normal routine.

If those services are unsuccessful, the client is taken to PUCK. When they get there, a clinician will perform a screening to determine why the child is acting out of character. The screening process takes a few hours, but the clinician takes that time to get to the root of the problem.

What happens inside PUCK

While in PUCK, the kid is given fidget and sensory items and shown how to use them in a therapeutic way. There is also a room with bean bag chairs, toys, a trampoline, a swing and more items that will help calm them down. Fleming said the trampoline and swing are huge hits.

Sure, there are toys and activities, but really “it’s a safe space for them to be able to decompress,” said Fleming.

Before the client leaves, the clinician comes up with a safety plan. The clinician teaches the kid how to recognize emotions and where they feel it in their body. The goal is to teach them how to put words behind their emotions and give them the skills and tools to deal with those feelings.

The program also can bring in prescribers to give recommendations, not prescriptions, for psychiatric medications for kids’ primary care physician to review. If the child needs ongoing services, the client will also leave with a plan for long-term treatment.

The social isolation the kids have been through because of COVID-19 had a severe effect on students and the school year. Fleming called it a “tsunami,” but he said no one could predict what would happen until students were back at school.

Fleming said he spoke to educators that have been in their field for over 18 years, and they told him, “I’m seeing stuff that I’ve never seen before.”

“Kids have one job, and that’s to be with their friends,” said Fleming. They need to build social skills.

In the time when they weren’t able to be in school, some kids didn’t have an adult around to make sure they were being fed, that they were wearing different clothes or to see if they had bruises.

Fleming said some were stuck at home with adults who didn’t support them or treat them the way they should be treated.

So, that “tsunami” is now a public health concern. “It’s our pandemic,” he said.

It’s difficult to see the long-term effects of PUCK because of the way urgent care centers operate. The program helps with the immediate needs of clients, but most of them are not kept for long-term care.

Still, Fleming can see the positive effects on the kids that are UCS clients. Having a case manager and someone to advocate for them can have a huge effect on that kid’s life.

For an ideal PUCK facility and program, Fleming said he would need more people. If he had the staff, he would like to have an area of PUCK that is geared toward older kids. Right now, there are a lot of toys and games for elementary students, even though high schoolers also can come to the program.

He would also like to see the program be open 24/7. If it can’t be open around-the-clock, he would like an area in the hospital with a few beds, where kids that need intense programming can stay, instead of the emergency room. The dedicated beds would provide constant support, and Fleming thinks it would be well-used.

In Vermont, 14.65 percent, or about 6,000 teens, have had a major depressive episode. When it comes to substance use disorder, Mental Health America states that Vermont comes in dead last with 5.61 percent of youth struggling with substance use. The national average is 3.83 percent.

There is “certainly no shortage of need,” Fleming said.