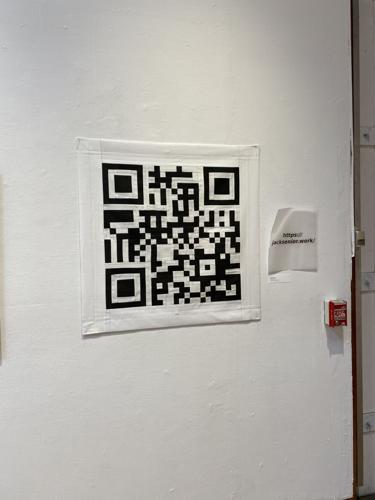 D'Angelo's exhibit in the Senior Show 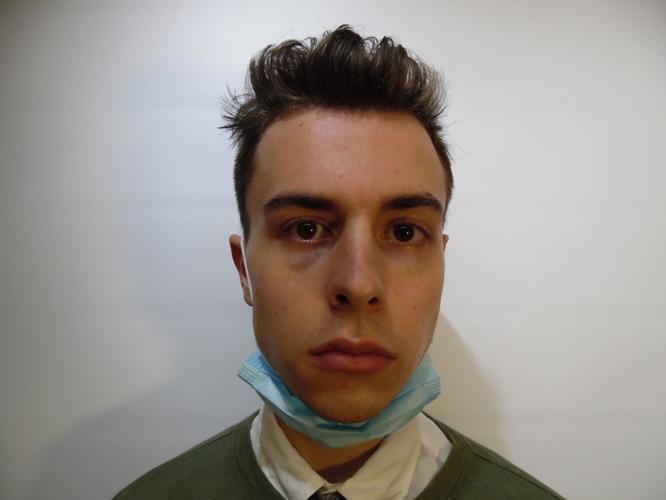 D'Angelo's exhibit in the Senior Show

BENNINGTON — Artwork by a Bennington College grad guilty of drugging and sexually assaulting a local teen has been part of an ongoing Senior Show exhibit, despite the artist’s recent conviction and no longer being enrolled at the school.

That has raised some questions on campus about the appropriateness of a public display of the convicted man’s art, as well as the school’s handling of accusations of sexual assault on campus.

John “Jack” D’Angelo took a plea deal in March that found him guilty of two felony counts — lewd-lascivious conduct and furnishing alcohol to a minor. Court documents detailed how 21-year-old D’Angelo forced the 16-year-old to take drugs and drink alcohol in a Bennington College dorm room before sexually assaulting the teen, which he admitted to the next morning via text messages.

Despite the felony sex crime, his artwork is still a part of the Senior Show.

The Senior Show has been on exhibit since May 17, and will be taken down after graduation, according to Liza Charbonneau, visual and performing arts coordinator at the college.

In an email, Anne Thompson, the director and curator of the Usdan Gallery and a member of the Visual Arts faculty at the college, gave a general overview of how participation in the show works.

The Senior Show is voluntary, and students must submit proposals for their work to be included. They install their own work in the Usdan Gallery.

Asked by the Banner about the appropriateness of D’Angelo’s participation in the exhibit, Thompson referred comment to the college’s communications office. When Alex Dery Snider from the communication department was asked how D’Angelo was allowed on campus to install his art, she said, “Jack D’Angelo graduated from the college in December. We can’t share more than directory information, due to (Family Educational Rights and Privacy Act) privacy concerns.”

She also mentioned that if students weren’t on campus to install their art themselves, it was installed on their behalf.

D’Angelo’s piece was a large cloth black and white QR code. It was about two and a half feet tall and two and a half feet wide. When someone scans the QR code, they are brought to a website that features more of D’Angelo’s work. The piece of art and the content on the website is credited to “Jack D’Angelo.”

The Banner was alerted to D’Angelo’s participation in the exhibit through a student who is currently enrolled at Bennington College. The student asked to remain anonymous, in fear of any “backlash.”

“The Senior Show has been up for about a week, and his work was present alongside all the other senior work. To me that seems a bit concerning,” said the student. “Over the past year or so, in my experience, Bennington College has been struggling with how to address sexual assault.”

An April 2021 story in The Bennington Beacon, a Bennington College Community news outlet, titled “Cultural Examination: The Confessions Unearthing Bennington’s Rape Culture,” by Dylan Walawender, went into depth regarding the erasure of victims on campus. Walawender stated that the Confessions at Bennington Instagram, an anonymous account, was riddled with confessions surrounding sexual assault.

“One does not need to attend Laura Walker’s office hours and say to her face that the college is failing to address sexual assault; all one needs to do is look on Instagram,” said Walawender, referring to Bennington College President Walker.

Vivienne Shamma is a senior at Bennington College, studying film and video art. Asked about the school’s handling of sexual assault cases, she told the Banner, “it always feels like it could be handled better.”

“There have been people who have left because their assaulter hasn’t been kicked off campus,” she said. “I think it can be difficult for schools to kick people out when there’s no hard evidence.”

Shamma knew of the case and was surprised that D’Angelo’s artwork was on display, considering he is no longer a student at the college.

“That’s definitely super questionable,” she said. “I don’t know why that would be on display here.”

Title IX, according to ed.gov, says a school “has a responsibility to respond promptly and effectively” to sexual assault. A school must take “immediate action to eliminate the sexual harassment or sexual violence.”

Meanwhile, Snider said, “As a policy, faculty are not notified of any possible ongoing Title IX investigations, and the college cannot and would not comment nor share with any faculty, staff or students any outcomes or sanctions coming out of a Title IX case; that is confidential.”

The Banner was unable to reach D’Angelo for comment.