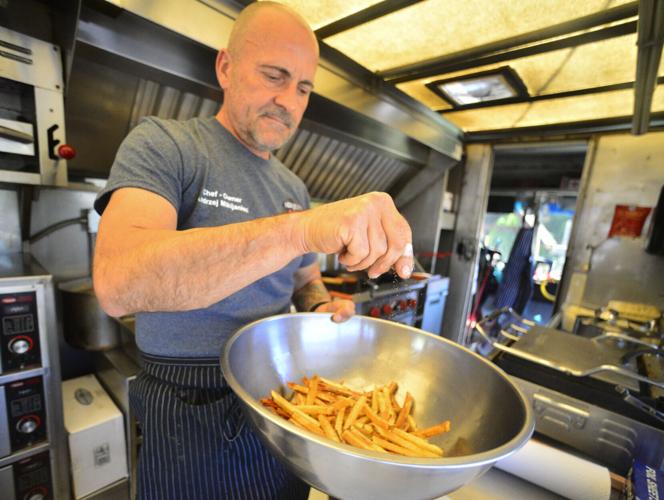 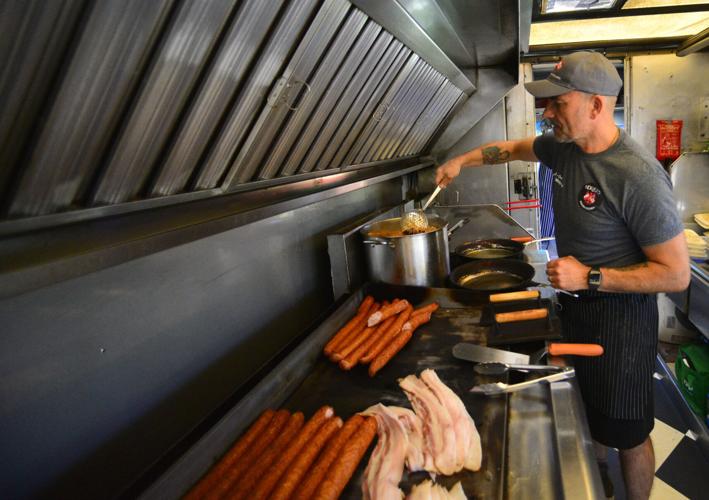 The smells and sounds of great home food cooking radiate from Andrzej’s Polish Kitchen in Brattleboro in June. 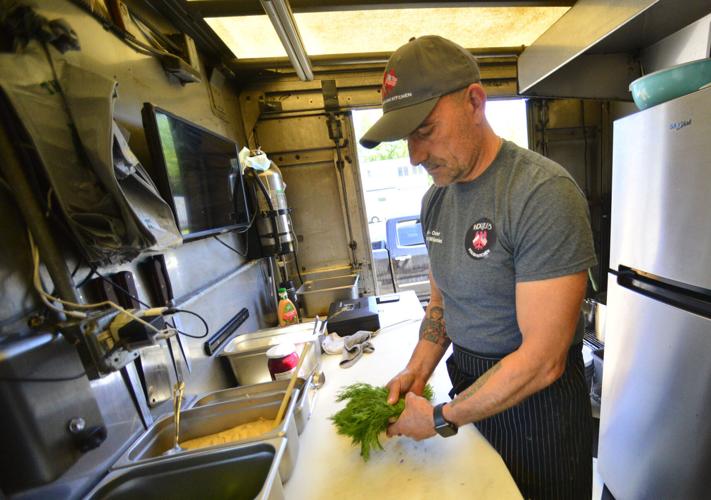 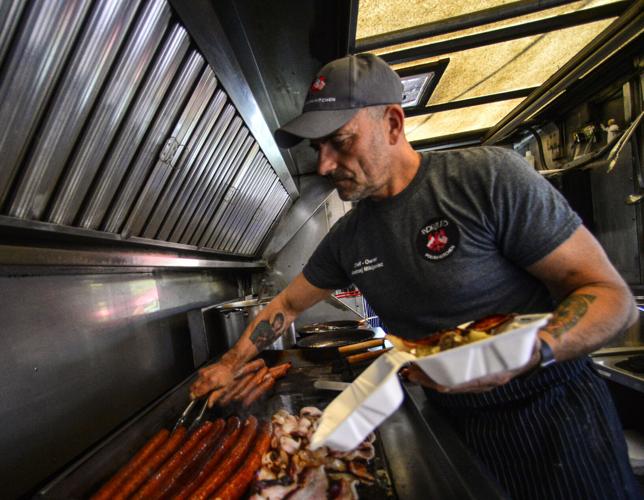 Andrzej Mikijaniec, owner of Andrzej’s Polish Kitchen, cooks kielbasa on the grill in June. Mikijaniec tries to have all the food prepared before opening so people don’t have to wait long for their meal.

The smells and sounds of great home food cooking radiate from Andrzej’s Polish Kitchen in Brattleboro in June.

Andrzej Mikijaniec, owner of Andrzej’s Polish Kitchen, cooks kielbasa on the grill in June. Mikijaniec tries to have all the food prepared before opening so people don’t have to wait long for their meal.

BRATTLEBORO — A popular Polish food truck is setting up shop on Marlboro Road next to a soon-to-be brewery.

“I like to be part of something new,” said Andrzej Mikijaniec, owner and chef of Andrzej’s Polish Kitchen.

Having just completed hip surgery, his plan is to be back up and running for the first Friday and Saturday in February. His food truck will be outside the former Mattress Outlet, which will house Vermont Beer Makers once the space is renovated.

Mikijaniec expects customers will be able to sit inside the building starting in the spring or fall. He said the new location will allow him to operate all year long and when it’s raining.

The menu is anticipated to change a bit. Mikijaniec said he wants to add beef stroganoff and chicken goulash.

Mikijaniec opened the food truck in Brattleboro about seven years ago and he’s been cooking for more than 30 years. He thought about opening in the former Outlet Center near Exit 1, which is now known as Vermont Marketplace and belongs to Vermont RE Development, owner of the Marlboro Road property.

Having had “a great experience” when the food truck was based at Beer Naked Brewery in Marlboro, Mikijaniec feels the new location makes sense.

“There’s nothing like kielbasa and beer,” he said. “This is a great area. They’re going to develop it well, plus the ski traffic. You can’t beat Route 9.”

Mikijaniec acknowledged that he’s taking a little risk in moving from his spot in front of Black Mountain Inn on Putney Road in Brattleboro. He said he loved his landlords, the owners of the hotel, and he enjoyed a lot of support from locals and tourists.

Mikijaniec plans to continue catering big events and providing food for Everyone Eats, a program feeding people facing hardships during the COVID-19 pandemic. He expects to start back up again with Everyone Eats in January.

Having participated in the program for more than a year, Mikijaniec said he’s happy to contribute.

“People love my food and it’s good for the community,” he said.

When Mikijaniec went in for surgery, he said, nurses stopped him and thanked him for his food.

Initially, the food truck will be open 11 a.m. to 7 p.m. Fridays and Saturdays. Mikijaniec said he might add Thursdays, depending on the traffic.

When spring comes around, he expects to be open 11 a.m. to 6 p.m. Thursday through Sunday, with a couple of extra hours on Fridays. He said he might add Wednesdays, depending on business.

Mikijaniec said he had offers to move his business to Keene, N.H., and could have relocated to Massachusetts.

Paul Belogour owns Vermont RE Development and Vermont News & Media, which includes the Reformer and its sister publications.