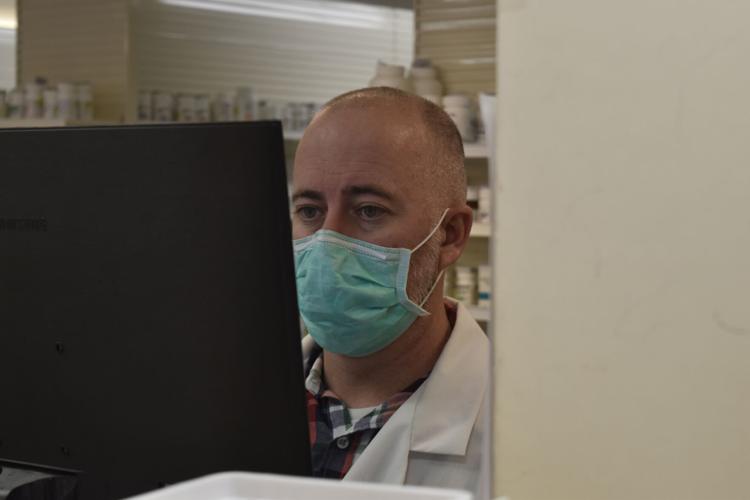 Pharmacist David Lauzon works at The Pharmacy-Northshire in Manchester on Tuesday. 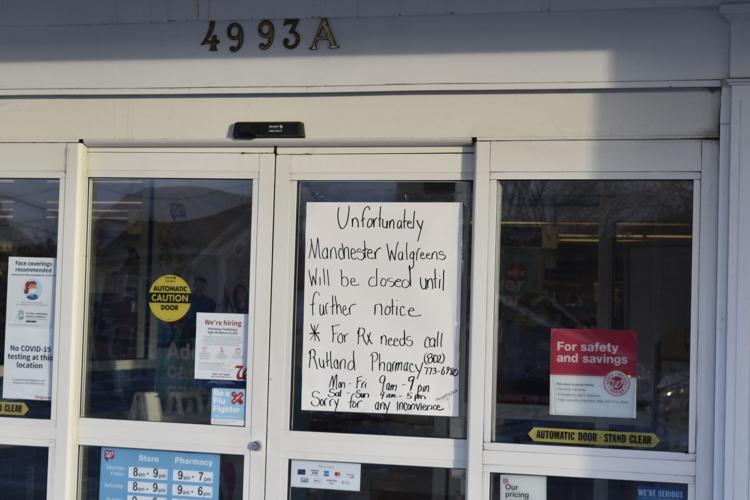 A sign at Walgreens in Manchester informs customers that the pharmacy is closed until further notice and directs customers to its sister pharmacy in Rutland.

Pharmacist David Lauzon works at The Pharmacy-Northshire in Manchester on Tuesday.

A sign at Walgreens in Manchester informs customers that the pharmacy is closed until further notice and directs customers to its sister pharmacy in Rutland.

MANCHESTER — Call it a tale of two pharmacies.

The Walgreens Pharmacy at 4993 Main St. is amid its third closure since last summer, and Town Manager John O’Keefe has written to state regulators seeking answers.

Meanwhile, The Pharmacy-Northshire, at 34 Ways Lane, which added staff during Walgreens’ previous closures, is again coping with a surge in demand and promoting its free delivery service to ease traffic in its smallish parking lot. The business is the Manchester branch of Bennington-based The Pharmacy, and saw a 50 percent increase in customers during Walgreens’ months-long closure between September and December, manager Diane Harrington said.

The latest chapter in the Manchester pharmacy saga began last week, when a handwritten sign appeared at Walgreens, informing customers that the doors were locked tight.

“Unfortunately Manchester Walgreens will be closed until further notice,” the sign on the store’s front door read. It instructed customers to call the Rutland branch of Walgreens Pharmacy. “Sorry for any inconvenience,” the sign said.

“The store is currently closed due to an electrical issue, which impacts our servers and computers,” Karen May, a spokeswoman for the pharmacy chain, told the Journal by email. “We value our patients and are working to resolve the issue as quickly as possible to reopen the store and continue supporting the community. In the meantime, we welcome our Manchester customers to visit our Walgreens in nearby Bennington, Vermont, which is ready to meet their needs.”

In a letter sent Monday to S. Lauren Hibbert, the director of the Vermont Office of Professional Regulation, O’Keefe sought more answers.

“Needless to say, a pharmacy is an essential or critical service. With only two pharmacies in the region, having one close multiple times and for months has a very big impact on the community,” O’Keefe wrote.

O’Keefe sought an inquiry as to why a significant source of prescriptions for area residents keeps closing — and why the community is not being kept in the loop.

“It is hard to understand, given the lack of information, what is going on at the Manchester Walgreens location, but the on-again, off-again status of the store is frustrating Manchester and Northshire residents, and having a real impact on the health of residents of the area,” O’Keefe said.

He noted that while traveling to Rutland, 37 miles away, might be an option for some, it is not for everyone.

“As the licensing agency for pharmacies in Vermont, I am hoping that your office could open up an inquiry and provide the town of Manchester and the residents of the area some information about the closure, and when the location may be reopening.”

The Walgreens was closed for about three months after a fire broke out in the rear of the store on Sept. 14 . The store had been closed off and on for several days before the fire with a sign on the door blaming “computer server problems.”

Up the road at The Pharmacy-Northshire, Harrington said the business is coping with another spike in demand, and corresponding problems with parking.

“Our parking lot is very tiny,” Harrington said. “We’re trying to encourage more use of our delivery service. We don’t want to be crowded with people when we’re in the middle of a pandemic, trying to stay 6 feet apart.”

The business saw its number of customers grow by 50 percent last year as area residents transferred prescriptions, Harrington said. That resulted in some growing pains.

“We definitely upped our staffing in order to keep up with the volume, just to make sure everyone was getting everything they need and in a timely manner,” Harrington said. “There definitely was a bit of difficulty in the beginning, not knowing how long this would be — not knowing if we were looking for permanent help or short-term help.”

With the region’s already significant workforce shortage amplified by the pandemic, “we definitely did lean on our sister store in Bennington a bit.”

Reach Greg Sukiennik at gsukiennik@manchesterjournal.com or at