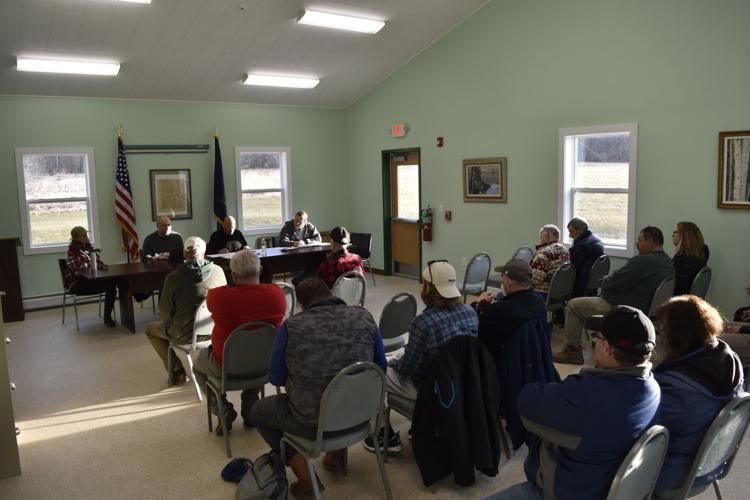 A crowd of about 15 Sunderland residents watched and took part in a public hearing on a proposed indoor cannabis cultivation business in town. 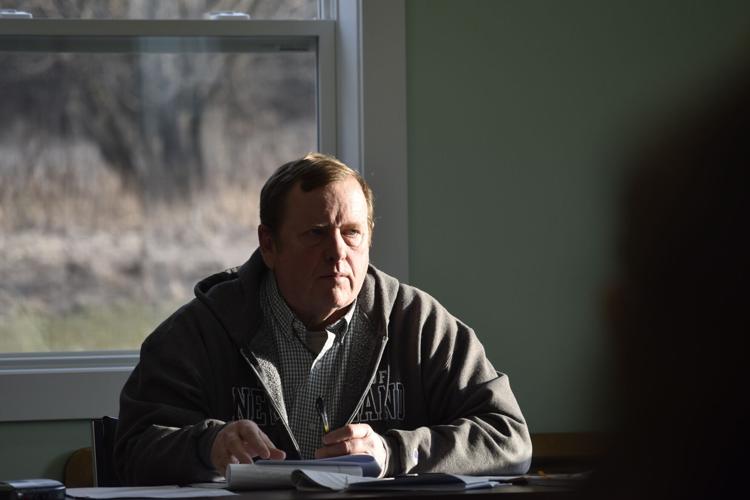 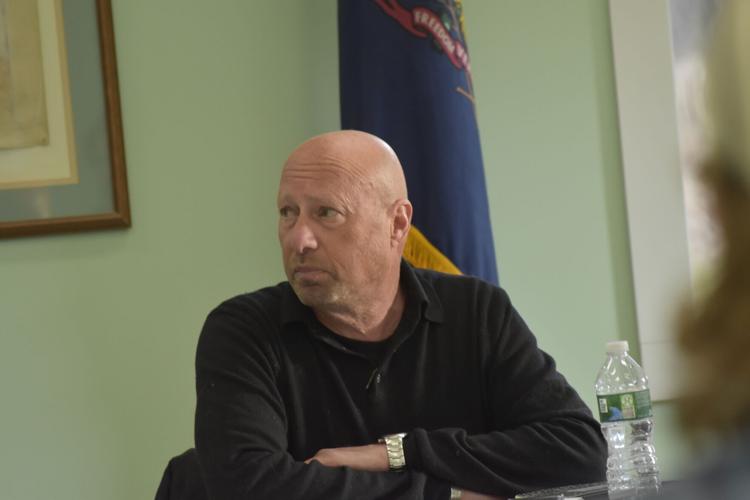 Sunderland Planning Board chair Robert Zeif listens to testimony during a public hearing on an indoor cannabis cultivation facility. 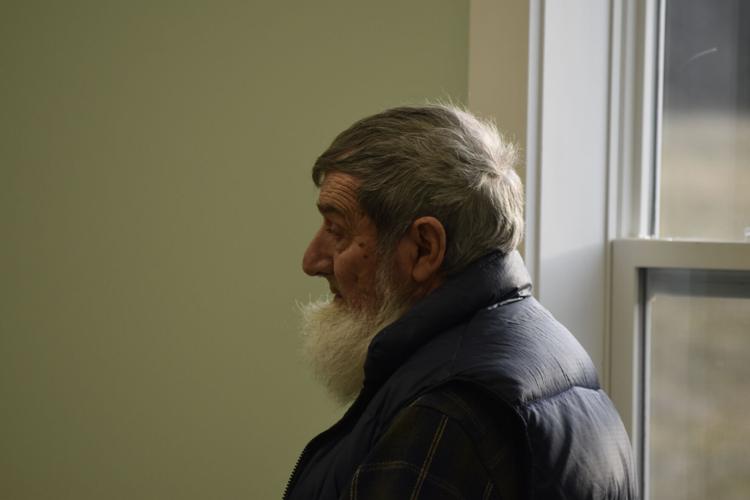 Sunderland resident Joe Robinson, whose property abuts a proposed indoor cannabis cultivation facility, addresses the board about whether fans on site would create noise. 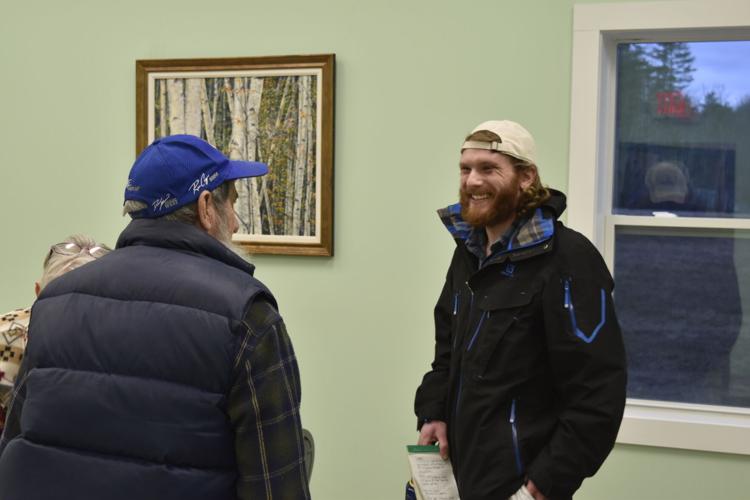 A crowd of about 15 Sunderland residents watched and took part in a public hearing on a proposed indoor cannabis cultivation business in town.

Sunderland Planning Board chair Robert Zeif listens to testimony during a public hearing on an indoor cannabis cultivation facility.

Sunderland resident Joe Robinson, whose property abuts a proposed indoor cannabis cultivation facility, addresses the board about whether fans on site would create noise.

SUNDERLAND — A proposed indoor cannabis growing facility will receive a change of use permit for the business after the entrepreneur leading the effort reassured abutters that he intends to be a good neighbor.

The application, filed by property owner Paul W. Carroccio on behalf of VT Helios LLC, seeks allowance for Firetower Cannabis LLC, owned and operated by Henry Rackear of Londonderry, to grow cannabis plants in up to 1,000 square feet of building space on Old Camp Road. The business intends to start with half that amount, Carroccio and Rackear said during a special Planning Board hearing Wednesday evening.

Because the facility proposed for an industrial park at 350 Old Camp Road is a conforming use within the town zoning ordinance office/industrial zone, the permit is being issued by acting Zoning Administrator David Kiernan and did not require a vote of the Planning Board.

But as board Chairman Robert Zeif explained Wednesday evening, the board wanted to hear from residents — particularly the site’s neighbors — so that potential issues can be understood and addressed in case of future complaints.

Product from the plants will be sold wholesale to dispensaries and manufacturers — meaning there will be no retail customers coming in and out of the facility, Rackear said. And there will be building security, as mandated by the Vermont Cannabis Control Board, Rackear and Carroccio said.

The Cannabis Control Board will begin accepting applications for indoor grow facilities on April 1.

Joe Robinson, whose property is near the facility, said a past user of the property had a number of loud fans running 12 hours a day.

“It’s just totally ridiculous,” he said of the experience. “I couldn’t get satisfaction from any of the town boards. We are in their backyard ... I pay taxes on that backyard.”

The fans, which were in place for a since-departed cryptocurrency mining operation, will not be used by his business, Rackear said in response to multiple questions on that topic.

Shirley Robinson, who is married to Joe Robinson, also asked about whether the tell-tale aroma of cannabis would pervade the area.

“I want to be able to smell fresh air. I don’t want skunk smells,” she said.

The growing operation will be completely sealed off, Rackear said, and carbon air scrubbers will be used to maximize odor prevention.

As the hearing began, Kiernan, who is also a board member, reminded those gathered that the state cannabis “tax and regulate” law limits the scope of what can be considered by town government. It has to be treated like any other business, he said, subject to the same zoning rules without specific conditions related to the cannabis industry.

Under state law, retail sales of cannabis must be approved by a city or town’s voters. But the rest of the industry — indoor and outdoor cultivation, production and manufacturing, testing, storage and wholesale sales — is regulated by the state Cannabis Control Board, and by community zoning regulations. Sunderland has not voted on whether to allow retail sales.

Members of the Planning Board had visited the proposed facility on Saturday and said they came away impressed that the business would be professional and neighborly.

“I can understand the history” of the past fan use, board member Gordon Dossett said. “I think it’s going to be a good facility.”

Zeif agreed with that assessment.

“We all went [on the site visit] and asked these questions. I believe we’re all satisfied,” he said. “I’m very comfortable with this change.”

After the hearing, Rackear spent some time speaking with members of the Robinson family. “We definitely ended on a friendly note,” he said. “I think [Joe Robinson] understands I want to be a good neighbor.”

“We had been told that Mr. Robinson had some issues with the fans before. But like I said in there, we don’t have any plans to use them,” he said. “We’re going to be doing everything that a facility could possibly do to keep the aroma inside.”