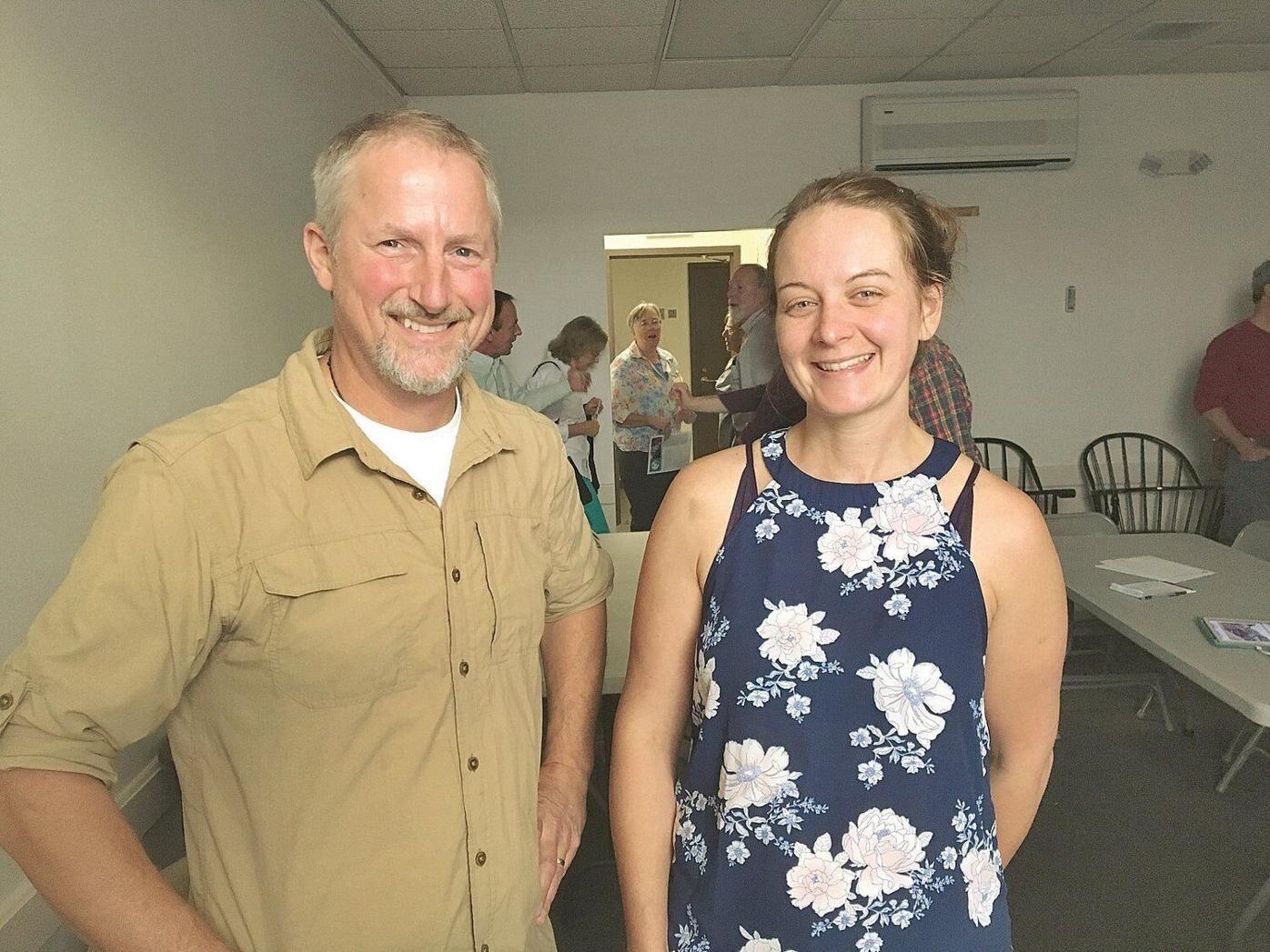 Jonan Spivak and Silvia Cassano, members of a local group working to win Appalachian Trail Community designation for Bennington, received some good news over the weekend. 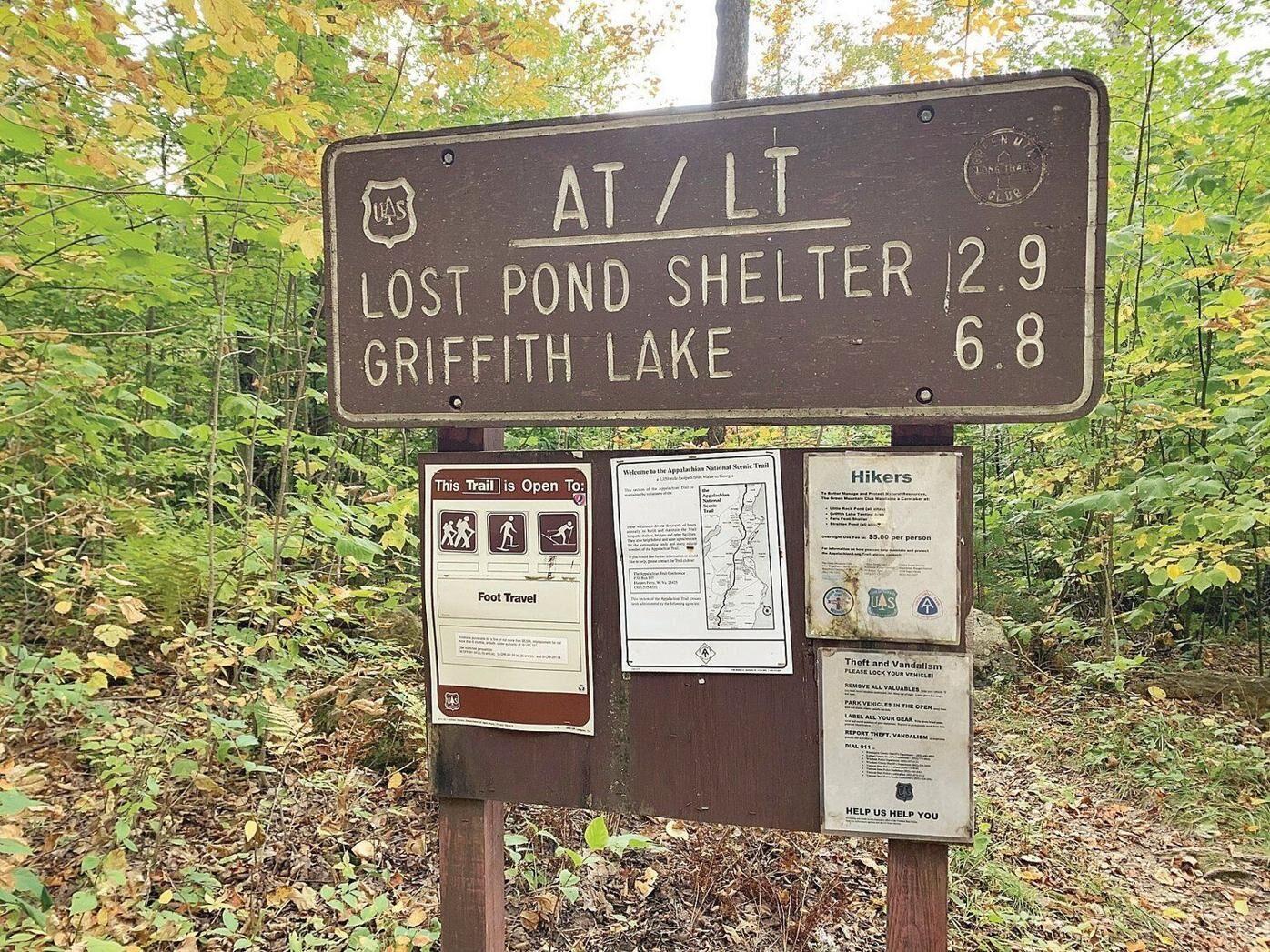 A sign along the Appalachian Trail in Bennington County.

Jonan Spivak and Silvia Cassano, members of a local group working to win Appalachian Trail Community designation for Bennington, received some good news over the weekend.

A sign along the Appalachian Trail in Bennington County.

BENNINGTON — The town’s application to become an Appalachian Trail Community was approved over the weekend, the local group spearheading the effort has learned.

Jonah Spivak and Silvia Cassano participated in a videoconference Saturday with regional leaders of the Appalachian Trail Conservancy, which acts as a steward for the 2,200-mile hiking trail that extends from Georgia north to Maine. Bennington is set to join about 40 other designated trail communities, located along the route, which passes through 14 states.

“Bennington’s application to become an AT Community has been accepted,” Spivak, the owner of Spectrum Design and a former chamber of commerce president, said in an email to group members and other supporters. “A big thank you to everyone who has been cheering us on and to the subcommittee who wrote the application [Cassano, John Shanahan, Tim Marr, Shannon Barsotti, Steve Love and Michael Wajda].”

The group also worked with the Green Mountain Club Bennington Section; the Appalachian Mountain Club, and other organizations and individuals in preparing the application to the ATC.

There are more than 100 miles of the Appalachian Trail in Vermont, which passes along the eastern side of town with a main access route off Route 9 near the Woodford line.

Among designated communities in this area are Manchester and the Berkshire County, Mass., communities of North Adams, Cheshire and Great Barrington.

Because of the group’s work, which began a year ago during a meeting at the Bennington Free Library, “Silvia and I were able to present a very compelling case for Bennington this past Saturday to the [Conservancy],” Spivak.

“Feedback from the ATC was mostly positive,” he added, “and they had some very good questions for our team that we answered.”

Those include finding an alternative site for an annual summer gathering proposed to promote the trail at the trailhead on Route 9, and addressing a mention in the Bennington Town Plan of a proposed national park that would be created from Green Mountain National Forest lands.

The Route 9 location was not considered a safe one for an annual large gathering of visitors and community members, Spivak said, and the Conservancy doesn’t “favor the concentration of hikers that can occur with large scale ‘hiker feeds,’ which “can negatively impact the desired trail experience, as groups of hikers make their way to the next overnight site, often increasing use beyond capacity.”

Spivak said he has asked the ATC “how they would like us to address the conditions … whether they prefer we submit a revised application with the language on those two items removed, or if they would prefer a letter from our group agreeing to those conditions. Either way we will be able to proceed.”

He and Cassano said the next step is to set up a videoconference among group members to celebrate the news and “to address these two conditions, and to plan how we can hit the ground running with our new designation in 2021.”

Cassano is a former town resident who has worked with other communities as they sought the designation, including Manchester.

Among benefits of the designation are from town information on the ATC website and from links to other hiker sites, providing publicity for the town and recognition nationally in guidebooks, newsletters, other publications; social media sites and websites, Cassano has said.

The application to become a designated community requires organizing the information a hiker might need into a common internet resource and linking that to an Appalachian Trail communication network.

Cassano said at the October 2019 meeting that features the conservancy wants to see are a map of all hiker-related services in the town and routes to and from the trail. Communities also typically add signage promoting the trail or highlighting the designation.

“Being designated as an Appalachian Trail Community would put Bennington on the map of the Appalachian Trail Conservancy — the organization known as ‘the stewards of the world’s longest hiking only footpath,'” Barsotti, the Bennington community development director, said in an email. “Bennington will be listed in AT guidebooks, social media sites, and websites. In turn, we will need to organize and highlight all of our local resources for AT hikers, such as public transportation to and from the trail, area lodging, dining, activities, etc. We hope that this recognition will bring more business to our downtown and help make Bennington a destination for outdoor recreation.”

“Bennington will receive publicity and promotion, but as an AT Community Bennington needs to be a strong supporter and steward of the trail, as well as a good friend and neighbor to those who visit our community while hiking the trail,” said Shannahan, director of the Better Bennington Corp. “As Bennington continues to move forward in marketing our area as ‘a center of culture, history, and outdoor recreation,’ this designation will only serve to more effectively reach our targeted market of outdoor enthusiasts and recreationalists,” he said.

He added that the town’s economy “has long benefited from our proximity to the AT, and this designation will have an even greater positive, economic impact on our downtown and the entire community.”

The application process had been on schedule for a review by the conservancy in the spring, but the COVID-19 epidemic brought that to a temporary halt in April. The group’s final presentation of its application details was done via videoconference on Saturday.

Among local events proposed in the town’s application include a Bennington Appalachian Trail Community Picnic in the downtown; a day for volunteers interested in spring trail cleanup events; a National Trail Day work party and hike, and projects involving students that get them out on hiking trails.

The application also asks about efforts to protect the trail through local land-use plans, ordinances or guidelines. In this section, the group included language in the Bennington Town Plan and the Bennington County Regional Plan that stresses preserving and expanding such recreational opportunities.

The application also includes information on lodging, meals and supplies hikers can find in the downtown area, along with attractions like the Bennington Museum and the Bennington Battle Monument.

In addition, the application lists numerous events throughout the summer and fall, such as Mayfest, the Farmer’s Market.

Listed services in the area include restaurants, convenience and grocery stores; laundromats; internet access at the library; showers at the Recreation Center, and public restrooms and temporary storage for camping gear and the Downtown Welcome Center. There also are ATMs, local bus and other transportation options to and from the trail head, with connections to transportation hubs.

The application lists a number of other hiking trail systems as well, such as the Bennington Area Trail System on Mount Anthony and the former Southern Vermont College campus.