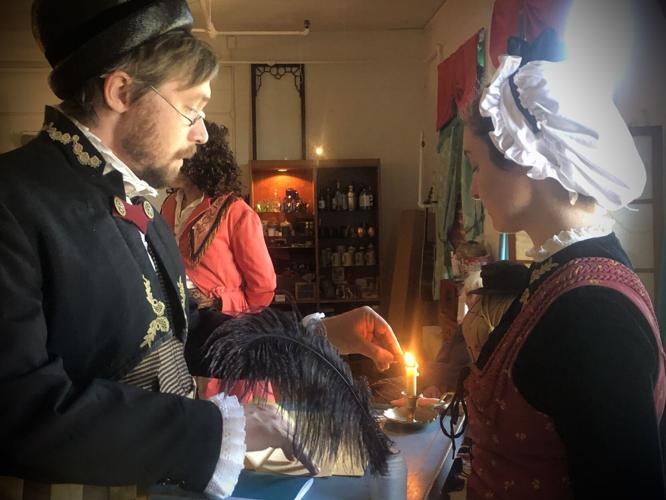 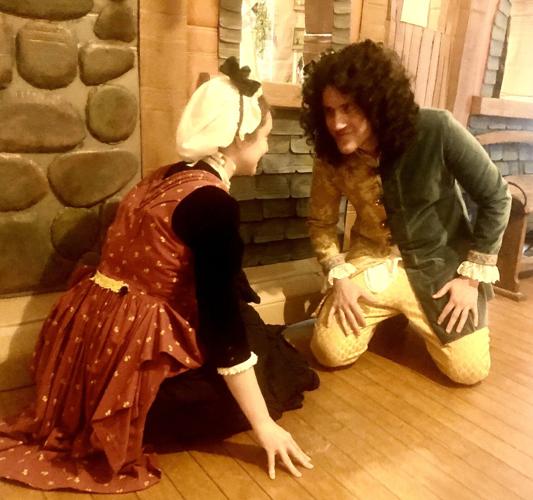 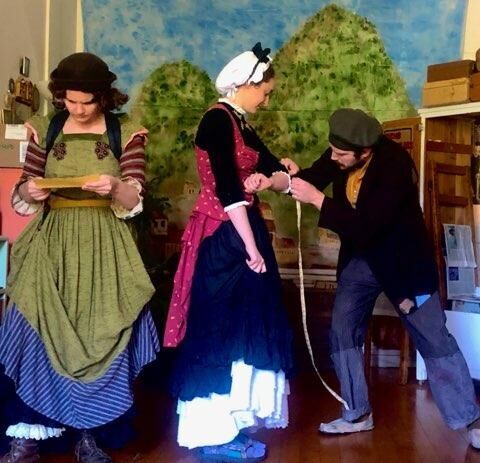 BRATTLEBORO — The touring theater group Vermont Suitcase Company is making a feature-length film with its own take on “The Emperor’s New Clothes.”

On Sunday, the camera will begin rolling for “New Clothes.” More than $4,500 had been raised as of Tuesday morning on gofund.me/62cc400d, a crowdfunding page with a goal of $8,000.

Rosa Palmeri, a production designer with the group, had written a stage version of the show for New England Youth Theatre. After securing some funding, Vermont Suitcase Company writers got to work on a rewrite together. Sandy Klein, set designer and producer, anticipates the film will be about 90 minutes long.

Doran Hamm, company member and one of seven actors in the film, said “a nice collection of local businesses” is supporting the project in different ways. Sponsors include Twice Upon A Time, HatchSpace, Foard Panel, The American Building, Paradox Pastry, Ramunto’s, The Porch, and Latchis Hotel and Theatre.

Since many of the members of Vermont Suitcase Company are educators and grew up in youth theater programs in Vermont, Klein said, they decided to bring in high school students as apprentices. The program is funded by the Brattleboro Town Arts Fund.

Klein said the group is made up of people who grew up together going to NEYT and Get Thee to the Funnery, a camp for performing Shakespeare. They were trained in comedy and as clowns by Peter Gould and Stephen Stearns.

“A lot of them went on to study theater and comedy, and now come back in the summers to give back to the communities through the tours,” Klein said. “We sort of hatched the plan during COVID, during 2020, that maybe a movie would be a good idea because we couldn’t get out in the communities, then we got some really nice support.”

Vermont Suitcase Company is working with filmmakers Wyndham Maxwell, who was already part of the company, and Aja and Kaelan Selbach-Broad, who are twins who grew up in Bellows Falls but have moved to Atlanta and New York, respectively. Maxwell asked them to serve as producers on the project.

Kaelan said hilarious writing and a surrealist set design drew the brothers to the project.

“It’s so different and it’s not something that we could ever come up with ourselves,” Kaelan said.

Theater and film are two different mediums, “so it’s been very interesting to try and figure out how to transpose that,” Maxwell said, seeing constraints as a way to encourage creativity.

The group has rehearsed scenes for about two weeks in preparation of filming for just seven days. That is how long they can afford to rent the camera.

They’ve had a fun time at rehearsals.

“There was a lot of discovery and playfulness, which our company is very much about,” Hamm said.

Downtown Brattleboro will see a flood of activity from the cast and crew involved in the project. They are filming in the American Building.

Klein said the apartment she and Hamm live in inside the building is a character in the film.

“Our whole lives are upside-down right now,” she said.

Using cardboard, paint and other materials, their apartment has been transformed into a movie set. Other apartments or spaces in the American Building are being used to store props and wardrobes.

Among the cast and crew of about 30, Hamm estimates about 25 of them have local roots and have returned from their professional work elsewhere to assist with the project.

“For us, it’s a really amazing, homecoming type of thing,” Kaelan said. “It feels like ‘Vermont Arts the Movie’ for us.”

Aja expressed gratitude for the local theater programs he participated in growing up, but he and Kaelan also noted how there’s a lack of filmmaking opportunities in Vermont. The brothers always wanted to be involved in film and felt they had to leave their home state to do so.

Currently, they both work on movies full time. Kaelen called the budget for the local project “very small.”

“We’re trying to ride this line of taking everything that we can from the big movie business, all the strategies and logistics for how those are made, and we’re trying to merge that with the way we were brought up in the arts community in Vermont, which was more of a do-it-yourself vibe,” he said.

Kaelan hopes the Vermont Suitcase Company project might spark new opportunities for filmmaking in the state.

A release date is still up in the air, as the group could seek to submit it to film festivals. Regardless, Hamm said, a local screening will be held at some point.

Aja noted the group will be “really proactive” about documenting the process and updating donors via GoFundMe as well as posting to social media pages. Hamm said “a greater ethos” passed down to the group says money and access to equipment or teachers shouldn’t restrict creativity.