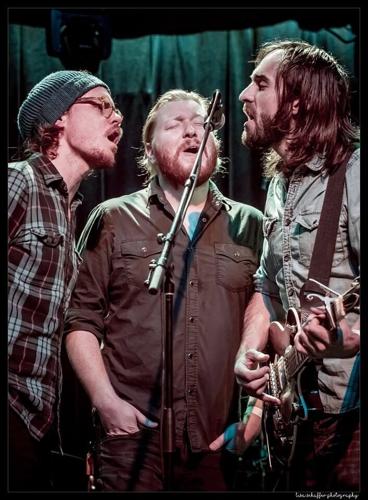 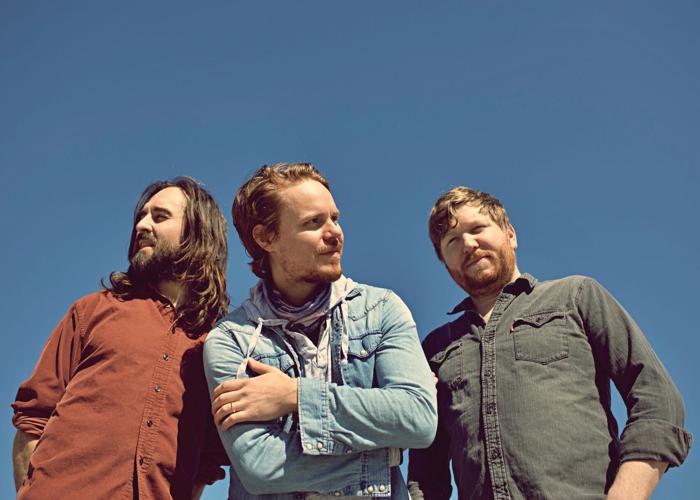 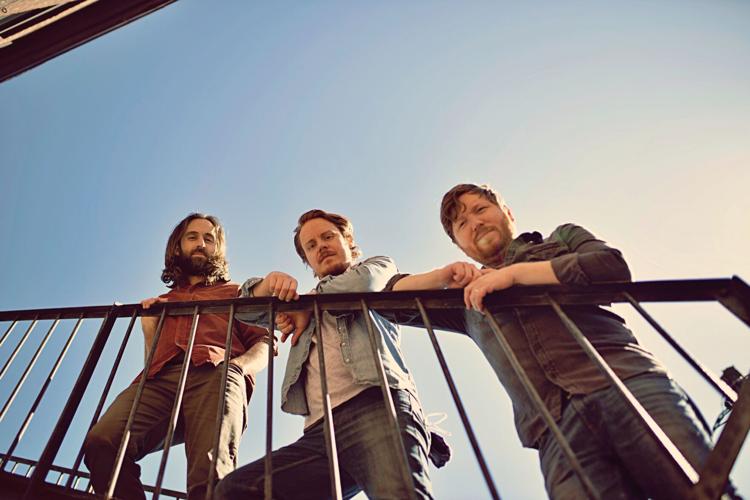 BRATTLEBORO — Though the musicians of TEOA describe their sound as folk-Americana, the harmony-singing trio is used to being mistaken for a metal band.

“You know, the full name, The End of America, has a much darker first impression that people get wrong, but we obviously knew that that would be the case for many,” said Brendon Thomas, on guitar, banjo and vocals, in a recent Zoom call.

At grim moments of the pandemic and recent political history, he said some radio stations and venues were hesitant to say the band’s full name or put it on a marquee, for fear of sparking divisiveness. He said the group sticks with the acronym, depending on the audience.

And for Brattleboro, where the trio will play at The Stone Church at 7 p.m. May 1?

“I feel like Brattleboro is cool with whatever, man,” said Thomas, 38, of Chesterfield, N.H., but Zooming from Philadelphia as the band tours.

Established in 2009, the group actually took its name from “On the Road” by Jack Kerouac. The quote reads: “Here I was at the end of America — no more land — and now there was nowhere to go but back.” The band name, rather than a political statement of any kind, is an homage to exploration and literature. The band members met while traveling, and coming from punk-rock and other hardcore musical backgrounds, enjoyed the edginess.

“(Kerouac) talks about driving to the end of America, like the furthest you can go in search of beauty and inspiration,” Thomas said. When seeking to offer a quick clarification on the band’s name, he said he tells people “Think of it geographically.” A flyer for the upcoming event shows a cartoonish depiction of a road going into mountains, with the band’s acronym above in a retro-style font.

“We’re all very positive, loving dudes who are trying to spread good things into the world, not whatever people might think that implies,” Thomas said.

The band is Thomas, James Downes on guitar, keys and vocals, and Trevor Leonard on guitar and vocals. Downes is from Connecticut and Leonard is from Philadelphia. Through the height of the pandemic, the three wrote the music of their newest album, “Night Is Alive,” over Zoom and by sending tracks to one another. At The Stone Church, they will be accompanied by their friend Katie Weissman on cello.

“She adds a whole new layer of emotion to the songs,” Thomas said. This is the first time the group has toured with a cellist.

The music of TEOA is inspired by personal experience and a “lot of life stuff that we have to filter through the songwriting perspective to make sense of,” Thomas said. Some songs are inspired by recent events, such as the Black Lives Matter movement and youth activism in response to school shootings.

“We’re all kind of responsible to support these kids and defend them and make sure they have a voice,” Thomas said. “We stem from personal experience and also, you know, stuff that’s going on in the world — it can all end up in the songs.”

He notes that genre is a hard thing to pin down, but associates the sound of TEOA with bands such as The Avett Brothers, Fleet Foxes and Wilco. No Depression magazine named “Night Is Alive” the best Alt-Country Album of 2021, to which Thomas laughs as he recalls he and his bandmates saying, “awesome — what the hell is alt-country? We had to look it up.” Their acoustic guitars and banjo, he said, are what probably welcome them into folksier circles.

At The Stone Church, TEOA and Weissman will play songs from the band’s new album, as well as older material. More information about TEOA and its music can be found online at theendofamericamusic.com.

Opening for the trio will be Chesterfield, N.H., musician Jason Scaggs, who will play acoustic baritone guitar, with samples from original piano compositions.

“I’m very excited to hit the stage again. It’s been a couple years since I’ve played in front of a live audience. Not sure if I remember how to sing,” he said.