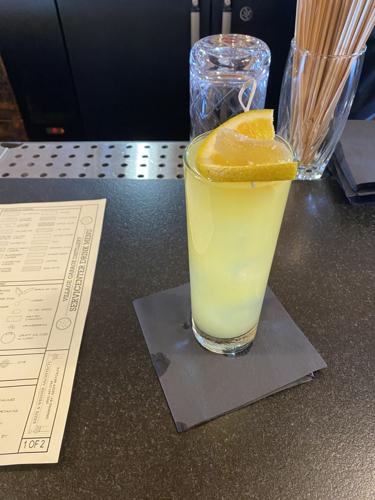 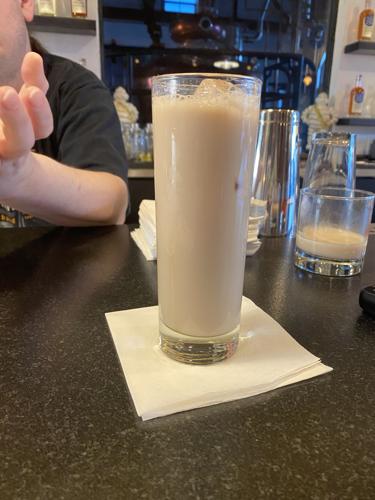 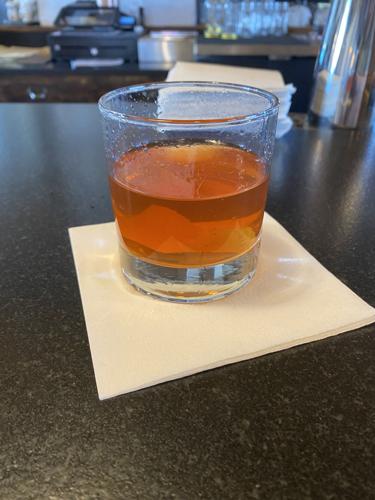 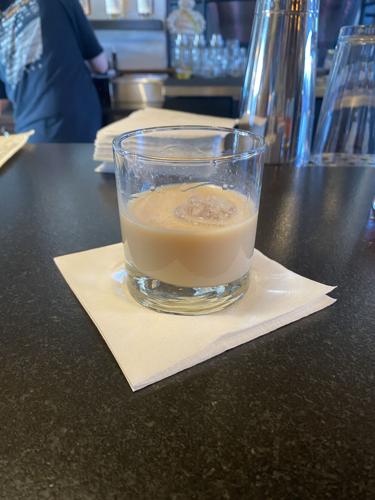 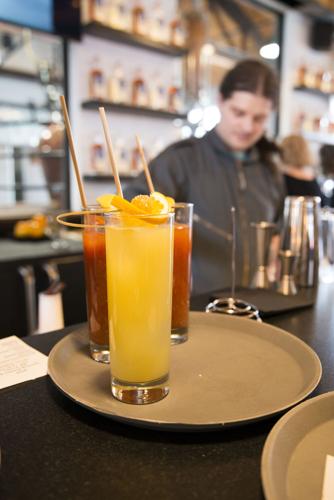 BENNINGTON — Village Garage Distillery, at 107 Depot St., has created a craft cocktail menu that features the spirits made on the property. The staff at the distillery invited the Banner to taste some of their cocktails.

A take on the New Orleans classic Sazerac. It’s an all-booze cocktail that is served neat, but that shouldn’t scare anyone away. It’s made with equal parts Village Rye and Village Raspberry Liqueur, both made in-house at the distillery. The drink is palatable and would be optimal to sip throughout dinner. Even though it’s served chilled, this drink is warm going down.

On the first sip, you will immediately notice the sweet flavor of the maple cream liqueur. The flavor of the Village Bonfire Bourbon pairs perfectly with the sweet maple and amaretto flavors. The bonfire bourbon brings a smoky aftertaste to every drink it’s in and the sweetness of the other spirits creates a nice balance. The bartender, Stephen "Pip" Roffi, said, “It’s a dessert cocktail. Not something you open with.” Pay attention to the ice cube in this drink; it’s branded with the distillery’s logo.

Served in a highball glass, this cocktail is made with milk, coffee liqueur, maple syrup and your choice of the distillery’s bourbon or vodka. Roffi prefers it when made with bourbon. This is also a dessert cocktail. It’s delicate, but sweet. The drink is topped with a fresh sprinkle of cinnamon that you smell each time you take a sip. The small detail of the cinnamon brings the whole drink to the next level.

The O.G. is the distillery’s spin on a Moscow mule. It’s made with Village Gin and Village Clementine Liqueur. Like other mules, this drink also includes ginger beer, a polarizing ingredient — mostly polarizing because of an imbalance in the drink. There is no sign of that imbalance in The O.G. It’s bright, refreshing and it's a great example of how ginger beer can be used to enhance a cocktail. Don’t skip the candied ginger on top; it’s one of the only garnishes in the world worth eating.