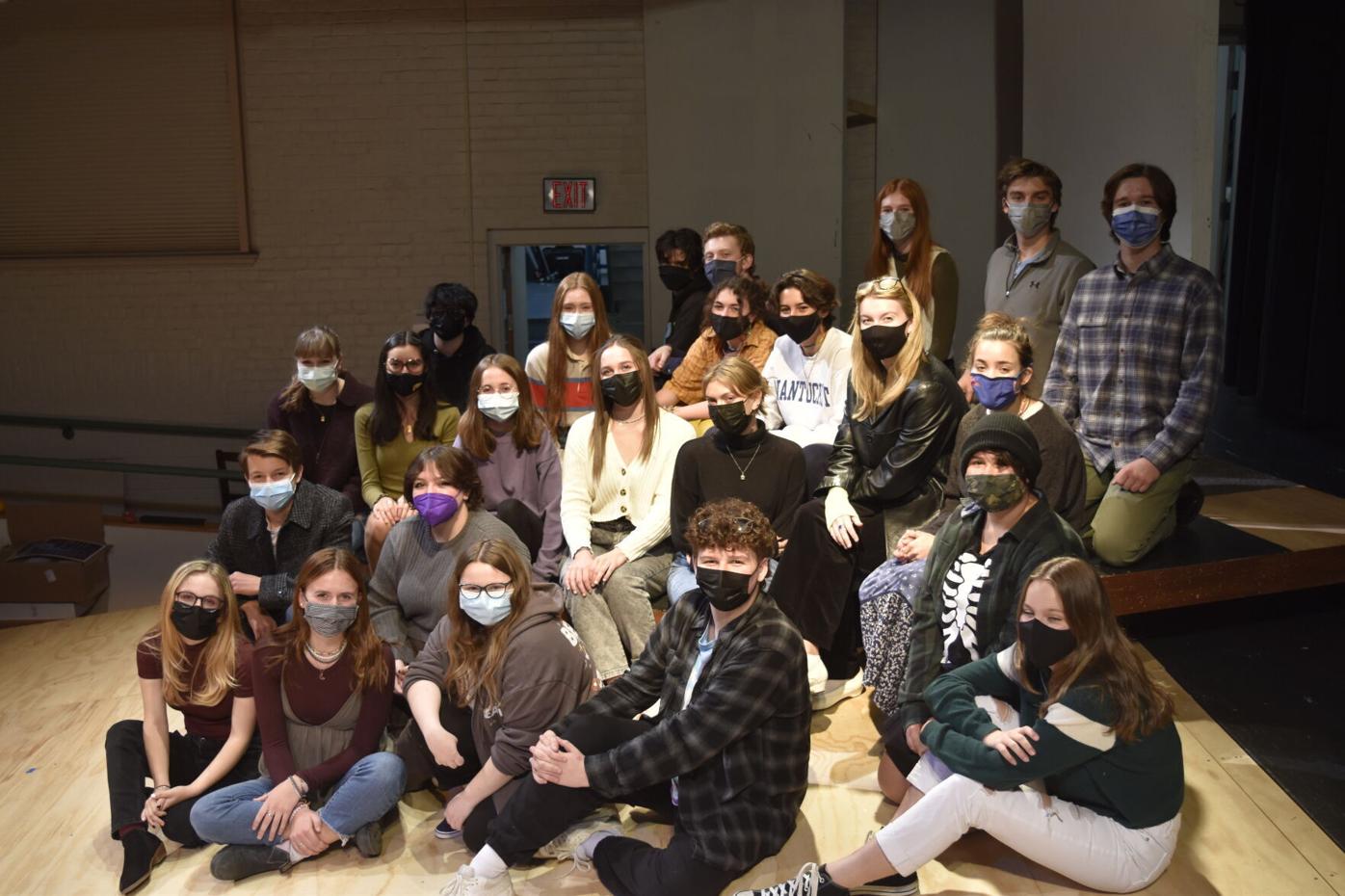 The cast of "A Wrinkle in Time" gathered Tuesday on the stage at Burr and Burton Academy's Reilly Center for the Arts. The play is being presented on Nov. 3 through 6. 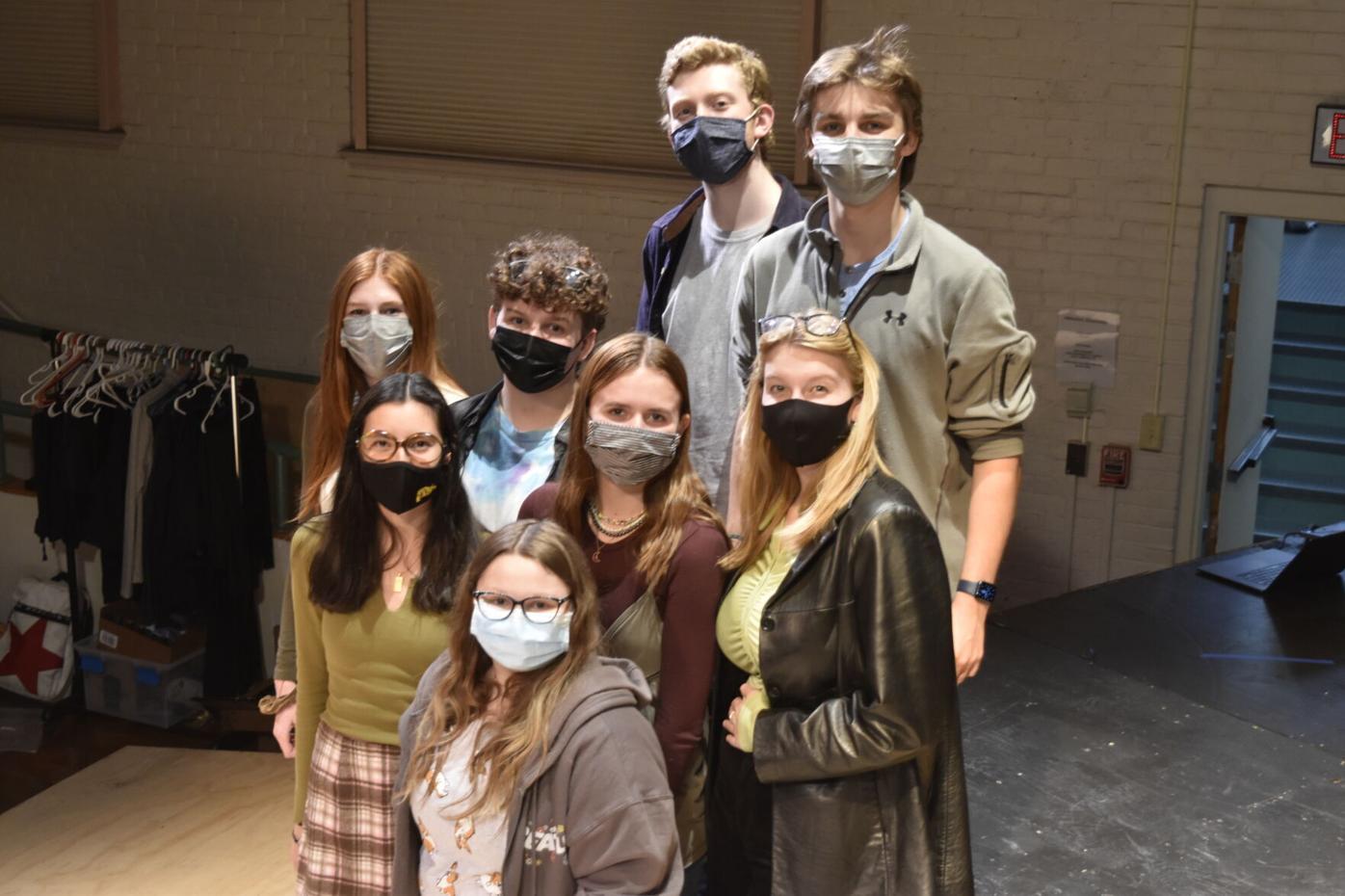 The cast of "A Wrinkle in Time" gathered Tuesday on the stage at Burr and Burton Academy's Reilly Center for the Arts. The play is being presented on Nov. 3 through 6.

MANCHESTER — The show has gone on at schools across the region — on Zoom screens, in outdoor settings, and through all sorts of creative pandemic workarounds.

But there’s something about a live audience that can’t be duplicated.

At Burr and Burton Academy in Manchester, students under the direction of Jim Raposa and Claudia Shell-Raposa are hitting the stage in front of a live audience again next month. They’re presenting Madeline L’Engle’s classic “A Wrinkle in Time,” adapted for the stage by John Glore, from Wednesday, Nov. 3 through Saturday, Nov. 6.

For the audience, the sensory cues of facial expression, lighting, sound effects, the delivery of lines, set design, effects, and the sharing of the experience with an audience make live theater more visceral, the young actors said Tuesday.

“It’s not the same experience as being in a room with people saying their lines,” Jesse Dykes, a senior from Wardsboro, said in a group interview in the lobby of BBA’s Reilly Center for the Arts. “If there’s a funny joke, you hear the laughter roar throughout the crowd. If there’s a menacing figure you get to hear their voice echo across the room. You get to experience these things physically that might be lacking in the book or in movies.”

The feeling is both satisfying and scary at the same time, Raposa added.

“I think that the biggest concern is to make sure we do right by the students and make sure that their jump back into the pool is done in a positive way and that they have an excellent experience, even though we’ve had two years away from it,” he said. “It’s almost as if it’s a rebirth of the program and a rebirth of their process.”

Some of the cast are juniors and seniors who have had the opportunity to experience a BBA production in front of an audience. Some are freshmen and sophomores, experiencing the thrill of live performance for the first time.

Ginger Ragaishis, a Manchester sophomore portraying Mrs. Witch, said she had not been on the stage in two or three years. She’s also embracing the family atmosphere of being part of a cast and crew.

“Working on this play for two months has been such an amazing experience,” Ragaishis said. “It’s so great like finishing the show and then people are like, ‘oh I want to do that.’”

For kids who have been wearing masks in class for nearly two years, the simple act of conveying emotion with one’s face has to be relearned.

Sophomore Gianna Faltskog of Sandgate, who is playing Aunt Beast, had missed the camaraderie among people who enjoy theater.

“All these people here are very invested in the process, everyone really enjoys what they’re doing,” Faltskog said. “The ability to have the rest of the school come and other people in the community [in the audience] really is inspiring to other people who might want to join theater in the future.”

The choice of “A Wrinkle in Time” appealed to the students who already knew the book, and those unaware caught on quickly, the actors said.

Published in 1962, generations before the young adult section was teeming with werewolves, vampires and teens volunteering as tribute, “A Wrinkle in Time” predicted and inspired much of what the genre now offers. L’Engle brought together elements that challenged and captivated younger readers: Science fiction, a smart, three-dimensional female protagonist, and bigger themes of good vs. evil and individuality vs. conformity as well as classic themes of growing up and finding one’s way. It won the Newberry Medal and was adopted for two films and a graphic novel. Not bad for a book rejected by 26 publishers.

Maddie McGlinn, a senior from Dorset, came to the lead role of Meg Murry with a fresh perspective.

“I’ve actually never read the book. When I told my parents I was auditioning they were like, ‘Oh, so you know the whole storyline’ and I said, ‘No, I actually don’t.’ But the way they described [the book] to me, just was as if they like had like, relived childhood,” McGlinn said. She came away thinking “this seems like something that seems like a lot of fun to be a part of.”

Dykes knew the story well, from elementary school and from his mother reading it to him. “So it’s a nice story to revisit. And it wasn’t necessarily the only driving factor for wanting to be a part of the performance being in my senior year … but it certainly made being a part of it a bit more special.”

Why be part of the audience for “A Wrinkle in Time?” The actors said the experience will be “magical.”

“It’s very whimsical and very almost fairy like, especially the three stars,” Ragaishis said. “They have this childlike aspect to them, and now that people who are seeing this show are mostly in high school and older adults, it’s kind of like a breath of fresh air to see high school students playing more childlike characters and how they interpret that as their own.”

For McGlinn, the one thing that came to mind was “magic.”

“Like, even if it’s not even something that is magical, the emotion that is brought to it is just so heavy, and even lighthearted,” McGlinn said. “I would just say it’s very emotion-packed, and that’s what makes the show so different from others.”

Lewis also described the show as jam-packed with emotional highs and lows. “There’s so much to say that the only way you’ll ever be able to understand it is by watching it,” he said.

What: “A Wrinkle in Time” by Madeline L’Engle (Adapted by John Glore)

Where: Reilly Center for The Arts, Burr and Burton Academy, Manchester