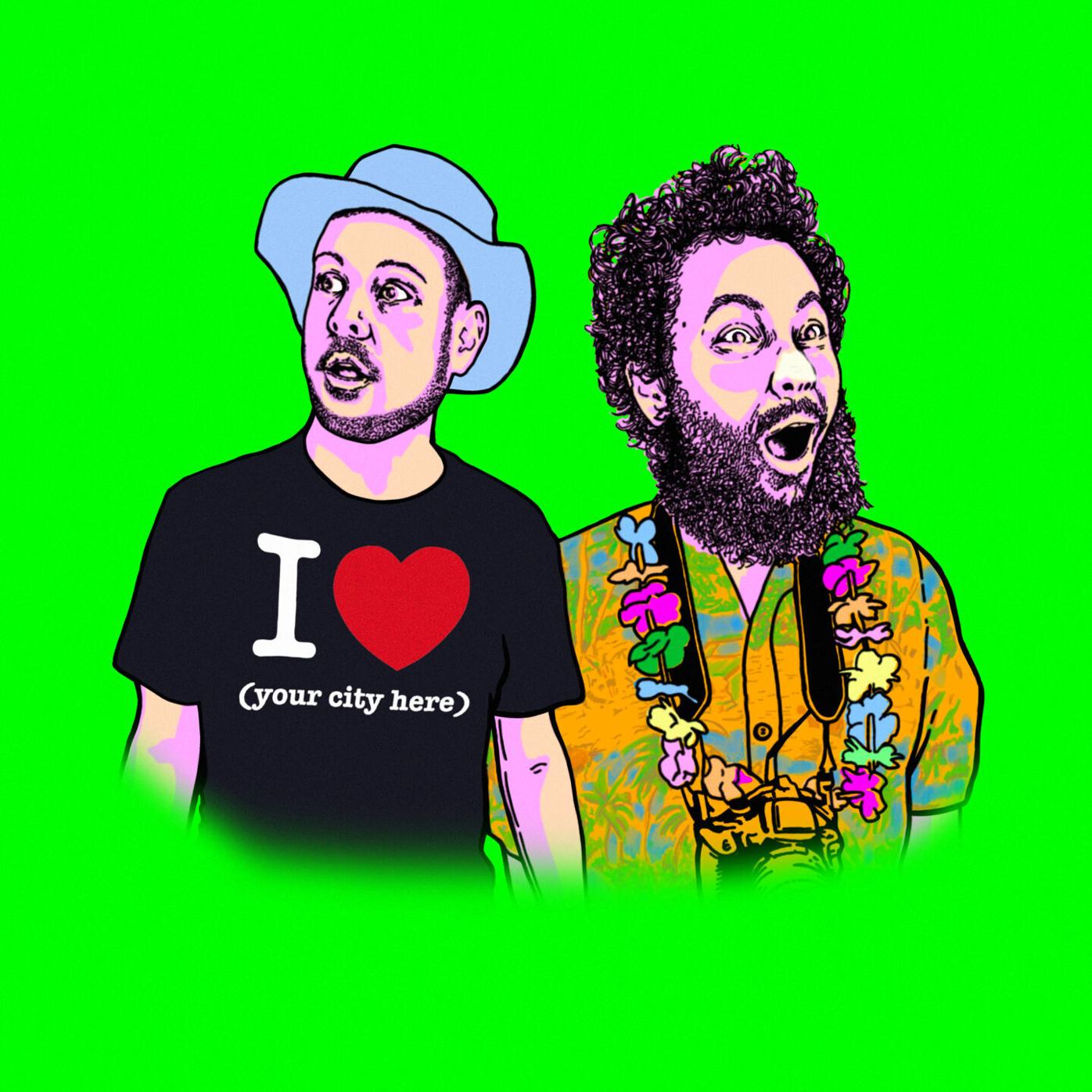 An illustration of comic team Dan Vetrano (left) and Aaron Nevins (right), who are bringing their "We're Locals" show to Brattleboro at 8 p.m. Saturday at the Hooker-Dunham Theater. 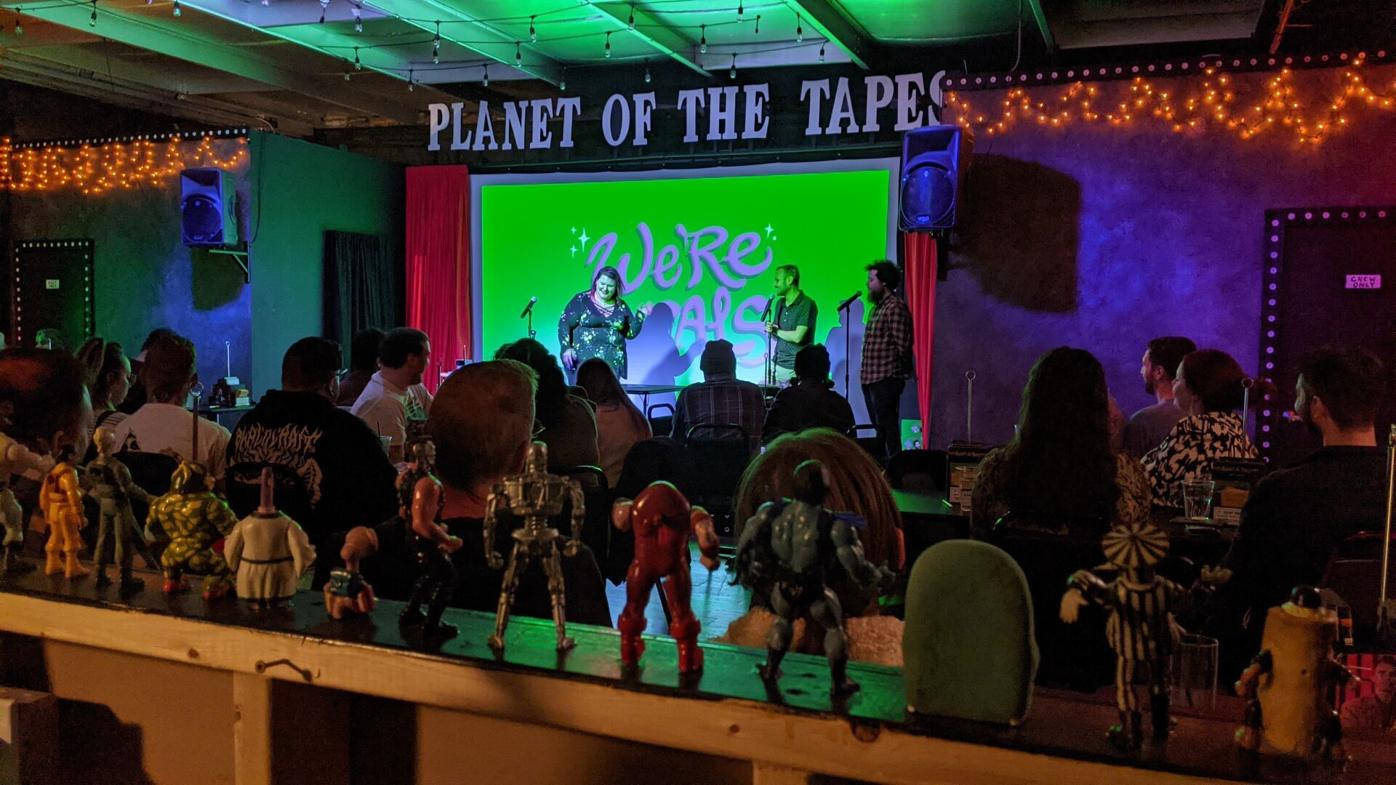 For "We're Locals," Aaron Nevins and Dan Vetrano spend a week in different cities or towns then use material for the show.

An illustration of comic team Dan Vetrano (left) and Aaron Nevins (right), who are bringing their "We're Locals" show to Brattleboro at 8 p.m. Saturday at the Hooker-Dunham Theater.

For "We're Locals," Aaron Nevins and Dan Vetrano spend a week in different cities or towns then use material for the show.

BRATTLEBORO — Aaron Nevins and Dan Vetrano are spending a week visiting towns and cities around the United States, trying to meet as many people as they can and patronizing as many businesses as possible before coming up with a unique comedy show for each place.

“Every week is an hour of new material,” Nevins said. “We have a history of performing all over the place. Even places on this tour run the gamut. We’re headlining comedy clubs but also performing in storage lockers and stuff like that. We love variety.”

They’re from Philadelphia and this is their first time touring the concept. They’re performing 8 p.m. Saturday at Hooker-Dunham Theater and Gallery in downtown Brattleboro, where proof of vaccination is required for everyone as is masking for audience members.

The “We’re Local” shows are described by Nevins as being slightly experimental with a multimedia component highlighting the experiences of each week. He said the pair might point out interesting signs or things that are strange or unusual.

Nevins said they wanted to include smaller towns because they can be more interesting.

“There’s more on tap. There’s more that has not been investigated in this way,” Nevins said. “We always end the week with way more material than we have time for in the show.”

For the tour, they researched different venues. They saw the Hooker-Dunham Theater and thought it “looked great,” Nevins said.

“They were just about to reopen,” he said. “All the pictures of it look really cool. It essentially feels like a black box theater.”

The theater also has a projector, which works out for the Powerpoint presentation portion of the show.

Nevins and Vetrano are currently staying at an Airbnb in Winchester, N.H. They drive into Brattleboro every day.

On Tuesday, they were going up and down Main Street talking with people and visiting businesses. It was their first day in town.

“One thing that keeps coming up is people keep telling us there are no young people here,” Nevins said. “We’re getting that from both young and old people, which has been very interesting to hear.”

Nevins said he and Vetrano feel complimented, being that they are in their early 30s.

After the first day of the trip, Vetrano called the locals “very friendly.”

“It seems like there is a cool art scene here,” he said. “Lots of people have stuff to say about the Harmony Rats. I might want to become one myself. I’m thinking about buying a skateboard and reverse aging so I can be a Harmony Rat.”

Vetrano is referring to a long-used term for younger community members known to hang out in Harmony Lot downtown.

He asked where maple syrup could be purchased at an affordable rate. Nevins said the pair will be lobbying to lower the price.

“The Hooker-Dunham Theater and Gallery is the perfect spot for comedy, and we are thrilled to have Aaron and Dan use the space for their unique show,” said Shannon Ward, co-manager of the theater and gallery.

Vetrano is “a kind gay comic” who has performed for more than a decade, according to the news release. He’s a regular host and featured act at the Helium and Punch Line comedy clubs, and has worked with comics including Michael Ian Black, Maria Bamford and Jaboukie Young-White.