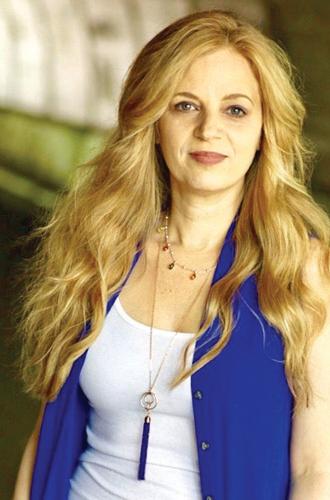 Acclaimed lyricist Amanda Yesnowitz has been spending time in Bennington visiting her boyfriend, composer Doug Katsaros, who is performing in "Red" at the Oldcastle Theatre. 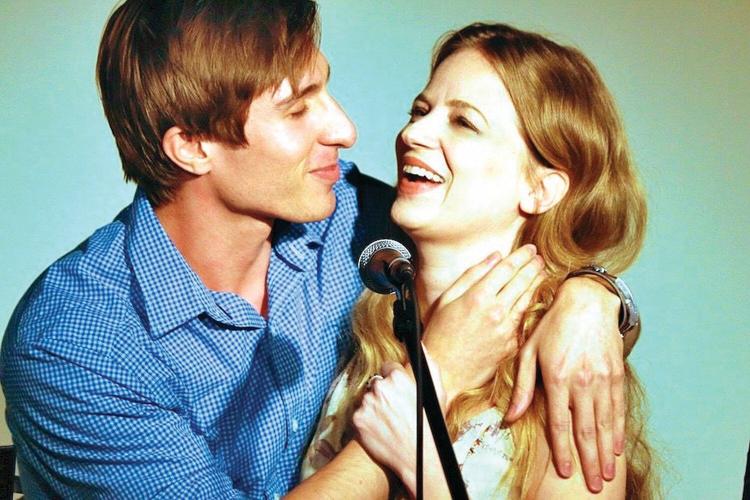 Composer Doug Katsaros and lyricist Amanda Yesnowitz will present a workshop preview of a new musical based on their relationship on June 23 at Oldcastle Theatre.

Acclaimed lyricist Amanda Yesnowitz has been spending time in Bennington visiting her boyfriend, composer Doug Katsaros, who is performing in "Red" at the Oldcastle Theatre.

Composer Doug Katsaros and lyricist Amanda Yesnowitz will present a workshop preview of a new musical based on their relationship on June 23 at Oldcastle Theatre.

BENNINGTON — Ever wonder how a new theater musical is created? You'll have the opportunity to learn at 7:30 p.m. on June 23 as Oldcastle Theatre Company presents a workshop preview of the new Amanda Yesnowitz - Doug Katsaros musical "May and December."

Yesnowitz is one the hottest lyricists in American musical theater. She was the first individual lyricist to win the Jonathan Larson Award, named for the writer of the iconic musical "Rent." She has also won a Dramatist Guild fellowship, eight MAC Award nominations and, last year, the Kleban Prize for "the most promising musical theater lyricist." The annual prize, which includes a $100,000 award, was endowed by Edward Kleban, the Tony- and Pulitzer Prize-winning lyricist of the musical "A Chorus Line."

She has been spending time in Bennington visiting her boyfriend, Brendan McGrady, who is currently playing Ken in the Oldcastle production of "Red." Her current project is a show about their relationship. Yesnowitz is 18 years older than McGrady, hence the working title for the project of "May and December." It began with one humorous song, then grew into what they call a "song cycle" and seems well on its way to becoming a complete musical. This urbane, irreverent, modern take on love explores how we navigate relationships, attempting to figure out if age is really just a number.

The composer Doug Katsaros is an Emmy winner whose Broadway work as a musical director includes "Footloose," "Rocky Horror," "Hair," and "The Life." He has written music for a number of television productions, including "Mancuso," "FBI," "The Jim Henson Hour" and "Sesame Street." He has worked on recordings with Frank Sinatra, Rod Stewart, and Peter, Paul and Mary. He has also written hundreds of commercial jingles.

When Oldcastle's producing artistic director, Eric Peterson, heard about the project, he instantly urged Yesnowitz and McGrady to present a workshop.

"Brendan is a hugely talented young actor who first worked with us in last season's 'Long Day's Journey Into Night.' When he mentioned their show, I immediately thought, what a wonderful opportunity for our audience to get a real insider's view of how a musical is made," Peterson said.

Peterson teamed them up with Matt Edwards a local pianist, singer, teacher who has worked with Oldcastle on the musical "Big River," cabarets with Oldcastle singer/actress Amy Gaither Hayes, as well as the annual Holiday Radio Variety Show. "Matt is brilliant, able to work in, seemingly, all musical genres and loves trying something new so he is the perfect person to help this show get to the next level," Peterson said.

Yesnowitz's first musical, "Somewhere in Time," premiered at Portland Center Stage. Her musical version of "The Caucasian Chalk Circle" premiered at the Hangar Theatre. She has also written original material for Lea Michele of TV's "Glee" and for the Boston Pops, and teaches at New York University.

"This one night performance is also a chance for our audience who have enjoyed Brendan's work in two serious dramas to see the comedic, improviser, impressionist, musical performer side of him," Peterson said. McGrady's musical experiences includes such shows as "Damn Yankees" and "Grease."

Tickets are $20. For further information, contact Oldcastle at 802-447-0564 or visit oldcastletheatre.org.