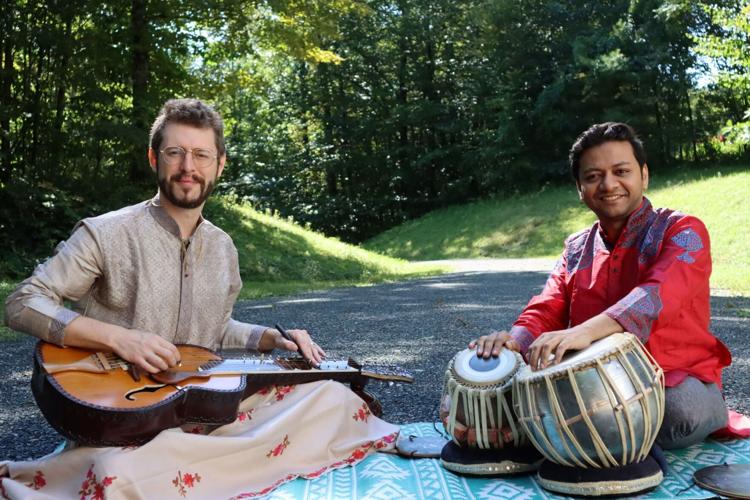 Joel Veena and Mir Naqibal Islam will be at Next Stage Arts this weekend. 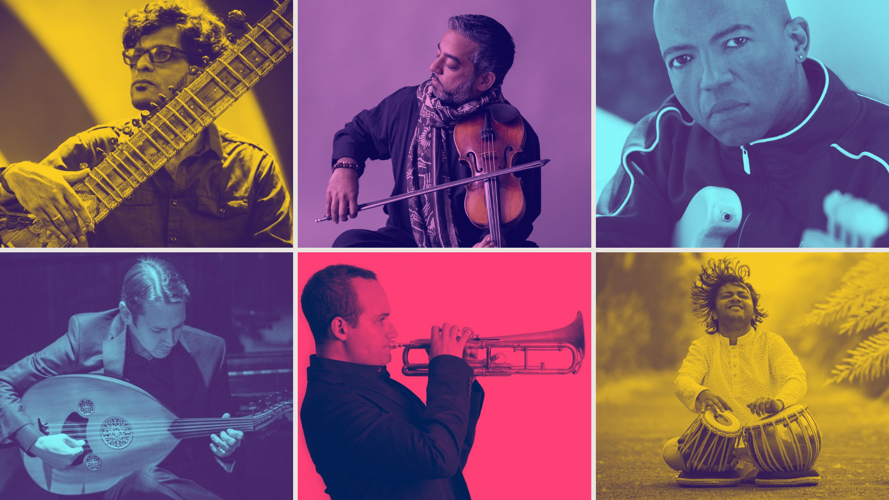 Joel Veena and Mir Naqibal Islam will be at Next Stage Arts this weekend.

PUTNEY — Next Stage’s 2021 Artist-in-Residence Arun Ramamurthy returns to Putney this weekend with his trio on Saturday and Brooklyn Raga Massive on Sunday.

At 7:30 p.m. Saturday, Arun Ramamurthy Trio (ART) with evening ragas by Jake Charkey, Joel Veena, and Mir Naqibal Islam will be at Next Stage Arts, 15 Kimball Hill. Tickets are $18 in advance, $22 at the door. At 5 p.m. Sunday, Brooklyn Raga Massive will be at The Bunker Farm, 857 Bunker Road. Tickets are $20 in advance and $25 at the gate, with children under 12 free. Brooklyn Raga Massive is included in the Bandwagon Series Pass. A ticket offering admission to both concerts may be purchased for $30. More information is at nextstagearts.org.

Saturday’s concert kicks off with a collaboration between the cello and the Indian slide guitar, two instruments seldom heard in Indian classical music. Cellist Jake Charkey and Indian slide guitarist Joel Veena (both Vermont-raised) are joined by tabla player Mir Naqibul Islam, a trio of artists all deeply steeped in the oral tradition of Hindustani music.

“Classical Indian music infuses nature, seasons, time of day and spirituality into its music. Brooklyn Raga Massive have brought it to contemporary audiences with such force, its power is hard to deny,” said Keith Marks, executive director of Next Stage Arts. “The musicianship and their commitment to the craft are jaw-dropping. It’s a gift to present these world-class musicians in Windham County.”