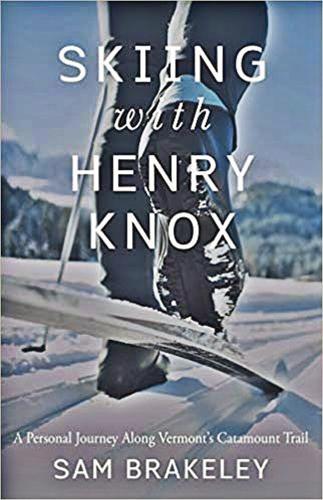 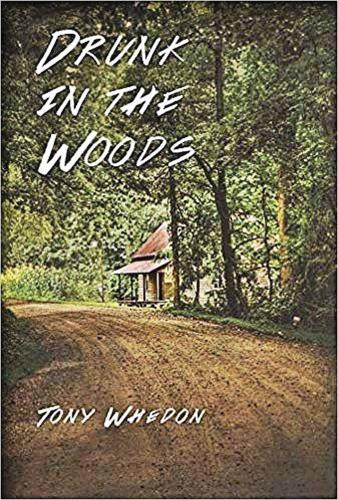 Henry David Thoreau explained his move from a comfortable home in Concord, Massachusetts to a one-room cabin along the shore of Walden Pond in 1845 this way: "I went to the woods because I wished to live deliberately, to front only the essential facts of life, and see if I could not learn what it had to teach, and not, when I came to die, discover that I had not lived."

While Thoreau was not the first man to seek wisdom in the presence of nature, "Walden" has since become a guidebook for many seekers. Two contemporary Vermont authors recently shared their own experiences in searching for answers in the Vermont woods — Tony Whedon in his essay collection "Drunk in the Woods" (Green Writers Press, 2018) and Sam Brakeley, in his memoir "Skiing with Henry Knox" (Islandport Press, 2019).

These writers both turned to the solitude, silence, beauty, and physical challenges of the woods that cover nearly all of the Green Mountain State when they faced important turning points in their lives. The state's forests, streams, mountains, dirt roads, snowmobile trails, isolated villages and vast areas void of human presence provided the setting for each to confront their personal challenges and seek answers.

Whedon is a modern-day Renaissance man. He's a graduate of the Iowa Writers Workshop and the author of several books of poetry and essays published in dozens of small literary journals, as well as a jazz trombone player and a watercolor painter. His Vermont roots run deep, with a degree from the Vermont College of Fine Arts and former teaching roles at Champlain College in Burlington and Northern State University's Johnson campus.

He is also an alcoholic whose binge drinking has, by his own admission, resulted in "humiliated girlfriends and best friends ... drinking injuries included a broken jaw, a cracked skull, a broken ankle from fights I provoked in Paris and Madrid, on the Isle of Mallorca and in Mexico City and Shanghai." His recollection of his first day of substitute teaching a high school class some years ago while seriously drunk was painful to read, as were his musings about a deep family history of alcoholism and his multiple attempts to get sober in Alcoholics Anonymous.

Much more upbeat were the interwoven essays about his recent, sober experiences walking the woods and living off the grid in northern Vermont. Often quoting the classic Chinese poets, who also combined alcohol, poetry, and solitude in mountain settings, Whedon is philosophically realistic about his alcoholism, and the daily focus and will that are needed to stay sober.

He dedicates his book, for which was nominated this year for the Vermont Book Award, to his long-suffering, loyal, and strong wife, Suzanne, who has stuck with him and supported his decades' long struggle to overcome his addiction. He also is thankful to AA, though in an epilogue he questions the religious and philosophical basis of the 12 step program while still crediting his fellow meeting attendees and their support for his success.

Sam Blakeley, in contrast, is in the early stages of what promises to be a productive writing career. A Vermont native who has established a successful construction and stone wall building business, he is involved in a deep, long-term, and mutually beneficial love affair with the Green Mountain State.

His involvement in a different love affair is the background for a crisis that Blakeley faced in 2015. His college sweetheart and partner of seven years was finishing medical school and was headed to Utah for a multi-year residency program in obstetrics and gynecology. Would he follow her and invest in this long-term relationship, leaving behind his beloved Vermont woods and family, or would he elect to stay and lose his love?

He decides to seek the answer by skiing the Catamount Trail, a 300-plus mile-long path from the Massachusetts border to the Quebec border zig-zagging parallel to the Green Mountain ridge over snowmobile trails, roads, and unbroken forest trails. This is clearly not how most of us would solve such a problem, but it works for Blakeley, who has thru-hiked the 2,200-mile Appalachian Trail and the 272-mile Long Trail in Vermont.

What prevents Blakeley's tale from being yet another memoir of sadness and confusion is his ingenious pairing of his south-to-north journey with that of Colonel Henry Knox's trek in 1775-1776. Blakeley grew fascinated with the Knox story earlier in life and found enough inspiration in it to adopt a version of the winter struggle for his own.

Knox, a 25-year-old bookseller from Boston, had joined the rebel effort shortly after the Battles of Lexington and Concord. He had been tasked by George Washington with moving 60 tons of cannons and ammunition from Fort Ticonderoga, New York to Cambridge, Massachusetts. Despite deep snow over miles of unbroken trails and dangerous weather conditions, Knox successfully completed his journey. The artillery he provided enabled Washington to dislodge the British from Boston, providing the first evidence that the colonists might prevail.

Blakeley's book skillfully tacks back and forth from Knox's ordeals to his own: nighttime temperatures that plunged to minus-20 during 15 hours of uninterrupted darkness each night; trail markers that were missing or hard to find; a sleeping bag and ski boots that froze each night. His tale is also filled with vibrant prose about the beauty of winter in the Vermont woods, the quiet, the solitude, and the generosity of people along the way.

To avoid a spoiler about how Blakeley finally determines whether to stay in Vermont or go to Utah with his girlfriend, I'll only suggest that you read on beyond the end of the book to finish the acknowledgement section.

The beauty of Vermont's winter provides the backdrop for these two personal stories of discovery and exploration, as New England has done for Thoreau and countless other seekers in the past. As we prepare to enter the darkest and coldest time of the year, these two books provide excellent company for the quiet and very long nights next to the wood stove.

Michael F. Epstein is a retired physician who reads and writes in Brownsville and Cambridge, Massachusetts. He can be reached at EpsteinReads.com where you will also find more than 1000 book reviews to help you decide what to read next.