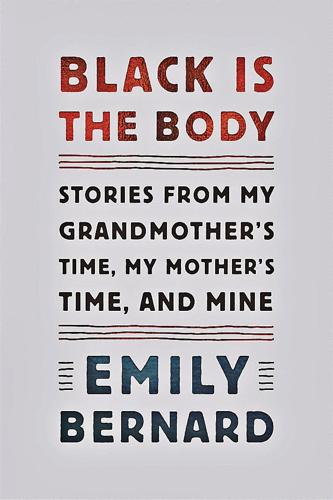 "Black is the Body: Stories from my Grandmother's Time, My Mother's Time and Mine," by Emily Bernard (Alfred A. Knopf, 2019) 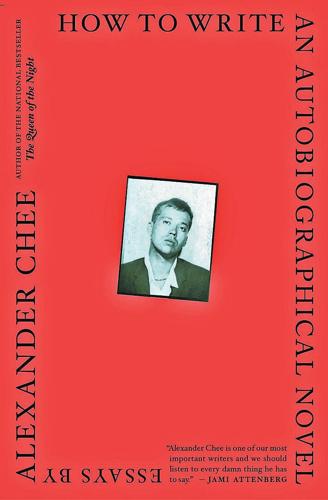 "How to Write an Autobiographical Novel: Essays," by Alexander Chee (Mariner Books, 2018)

"Black is the Body: Stories from my Grandmother's Time, My Mother's Time and Mine," by Emily Bernard (Alfred A. Knopf, 2019)

"How to Write an Autobiographical Novel: Essays," by Alexander Chee (Mariner Books, 2018)

Emily Bernard's "Black is the Body: Stories from my Grandmother's Time, My Mother's Time and Mine" (Alfred A. Knopf, 2019) and Alexander Chee's "How to Write an Autobiographical Novel: Essays" (Mariner Books, 2018) could not be more different in some ways, and in other ways, they tell the very same story.

Bernard, a black woman who is a professor of English and critical race and ethnic studies at the University of Vermont, grew up in segregated Nashville the daughter of a physician. Her father is from Trinidad, and her mother was raised in rural Mississippi. She is married to another professor at UVM and they have twin adopted daughters who were born in Ethiopia. They live in Burlington.

Chee, a Korean-American who is an associate professor of English and creative writing at Dartmouth, grew up in Korea and rural Maine, the son of a Korean businessman and a white mother. He and his husband live in Bradford.

Despite these differences, Bernard and Chee share the experience of growing up and living in a society where they have both been viewed as the "other" by a white, Anglo-Saxon, Protestant majority. They have been treated differently and, on occasion, badly.

Both authors have chosen to tell their stories not as conventional memoir or autobiography. Rather, they invite us to enter their lives through a series of essays that move back and forth in time and place. The focus is not on linear narrative, but on a series of life events in a White America that has not always fully accepted them.

The essay form is particularly well designed for such exploration. From the French word "to try," the essay enables the writer to explore, to "think out loud" through their writing, to test various ideas about a topic, to be idiosyncratic in her conclusions. Unlike in conventional non-fiction, the essayist feels no need to be exhaustive, well footnoted, or even entirely consistent.

Bernard, for example, begins her book with a chapter about her experience as a victim of a stabbing attack in a coffee shop in New Haven when she was a graduate student. The chapter is gripping in its telling of the violence and randomness of the assault, but instead of providing the focus or a theme for the rest of the book, the incident largely disappears in the following chapters. Those chapters focus on her childhood, her marriage to a white man, her adoption of her twin daughters (a harrowing tale unfolds about their trip to Ethiopia and the uncertainty of the adoption until the final moments), her family in Nashville and Mississippi, and her experience as a black woman in the second-whitest state in the U.S. We learn of her "vulnerability," a word that she repeatedly uses as she reminds us that being black is "to be visible (and) to be vulnerable to a particular kind of judgement." She describes her continuous "self-surveillance" stemming from her feeling that she is acting as a representative of black people wherever she may be. She is more comfortable with her African-American friends and wants her white friends "to be aware of racism, and at the same time, I don't want to be reminded of racism."

While Bernard clearly intended her book for a broad audience, I think it was also directed at her twin daughters as they approach young womanhood. Bernard writes, "Race was not a construction, or a theory, or an outdated consequence of history, but the active living foundation of our reality. Race determined the contours of every choice we made; every mundane public act we performed was a project with a name." How exhausting; how unnerving!

Chee takes us on an even more winding journey before landing in Vermont. When his Korean businessman father ("the first non-white member of his golf club, the Kiwanis, and the Rotary, he never looked less than sharp") died after an auto accident at 43 and his mother was swindled by a business partner, Chee experienced real poverty. Living in various parts of New England, he attended Wesleyan University, where he studied writing with Annie Dillard, and the Iowa Writer's Workshop, where his primary teacher was Deborah Eisenberg. Along the way, he lived in San Francisco through the early years of the AIDS crisis, losing dear friends and protesting against the government's inaction, and in New York City, where he wrote his first novel and led his church's homeless shelter initiative.

Chee's book has two storylines. It primarily relates his struggles to figure out who he is — a gay man, a Korean-American, a writer. As he says in an early chapter, "I really was only an impostor .losing himself to find himself in the shape of others." He finds that fiction "provided the consolation of the mask, (while) non-fiction provided the sensibility underneath the mask, irreplaceable and potentially of great value." In the words that Dillard spoke to him, "You are the only one of you. Your unique perspective, at this time, in our age, whether it's on Tunis or the trees outside your window, is what matters."

In addition to relating these identity struggles, Chee also shares some incisive observations and advice for the aspiring writer. In a chapter titled "100 Things About Writing a Novel," he offers observations about writing a novel, e.g. #89: "For most, novels are accidents at their starts. Writers lining the streets of the imagination, hoping to get struck and dragged, taken far away. We crawl from under the car at the destination and sneak away with our prize." In a later eponymous chapter, he relates that he "needed to make a fake autobiography, for someone like me but not me, giving him the situations of my life but not the events." He shares many of these wise and witty nuggets.

Bernard and Chee, Chee and Bernard. I'm not sure under what circumstances or conditions these two talented writers and educators who live in Vermont would otherwise be paired. They differ in so many external characteristics, but in the most fundamental human ways they share a need for self-awareness and self-actualization. They explore themselves and their world through writing and with that they give the reader a great gift: insight and tools for our own self-examination.

Michael F. Epstein is a retired physician who reads and writes in Cambridge, Massachusetts, and Brownsville. He can be contacted at www.EpsteinReads.com where you will also find more than 1000 idea for what to read next.