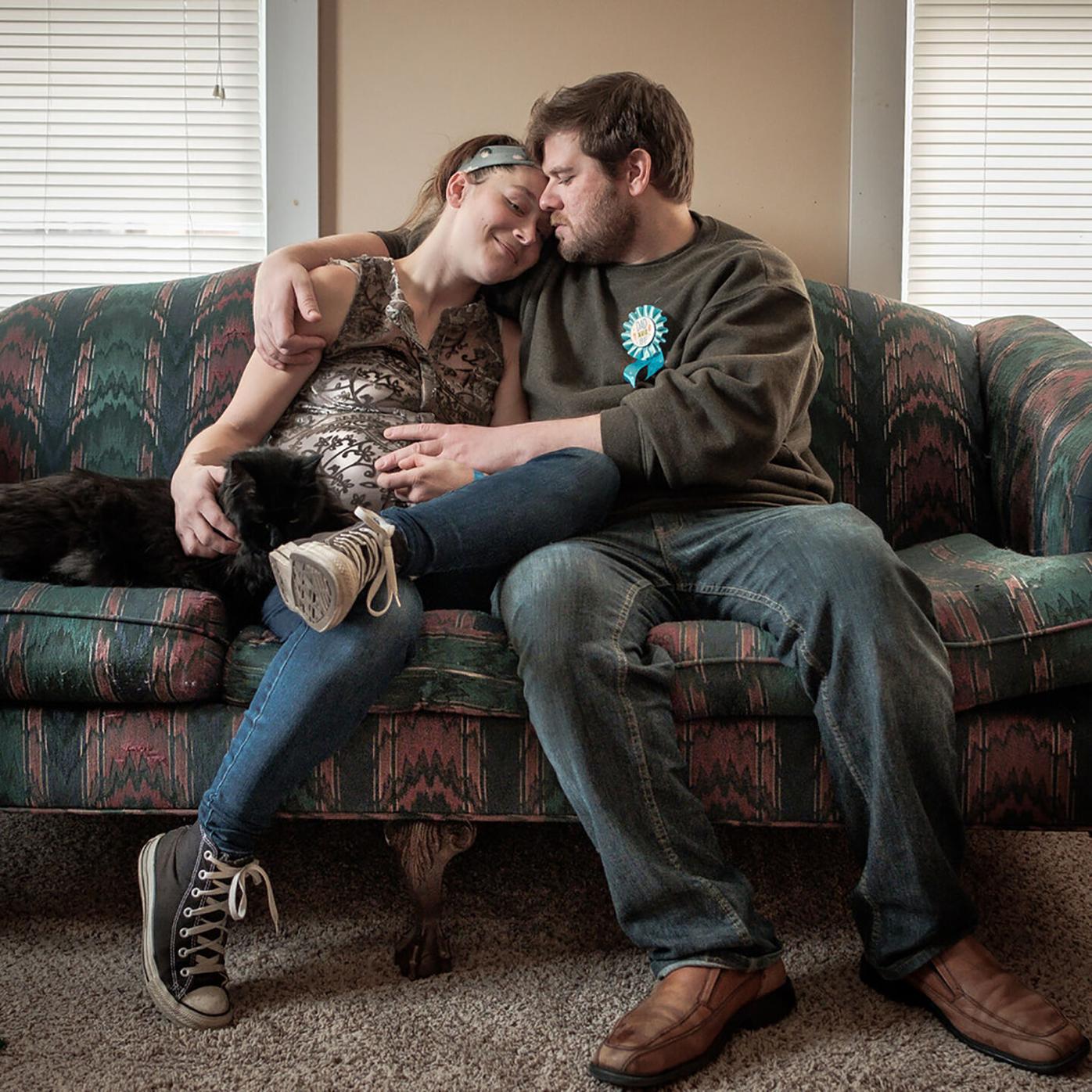 From the exhibit “If She Has a Pulse, She Has a Chance” that was on view at the Brattleboro Museum & Art Center. 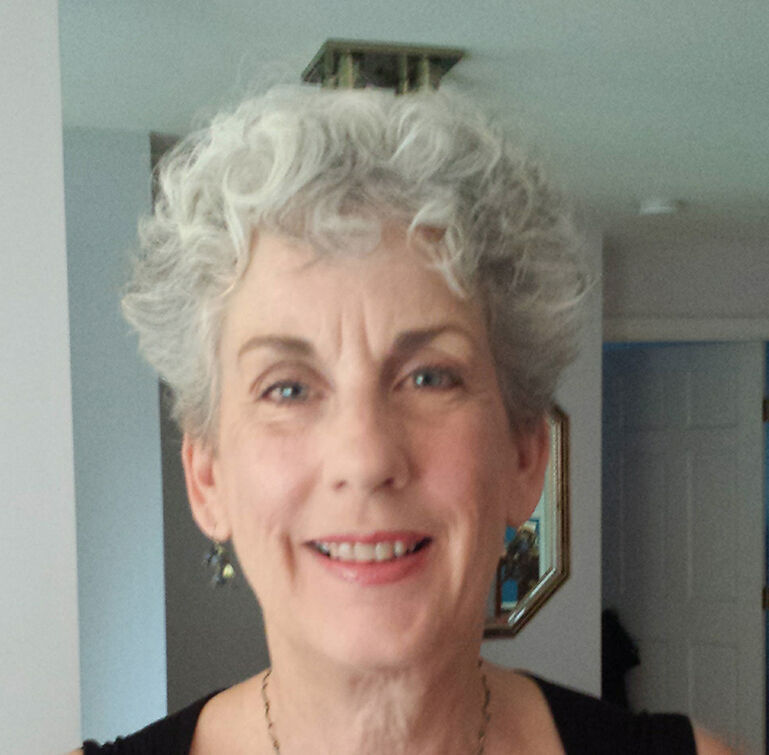 Mara Williams is the recipient of this year’s Peggy Kannenstine Award for Arts Advocacy. 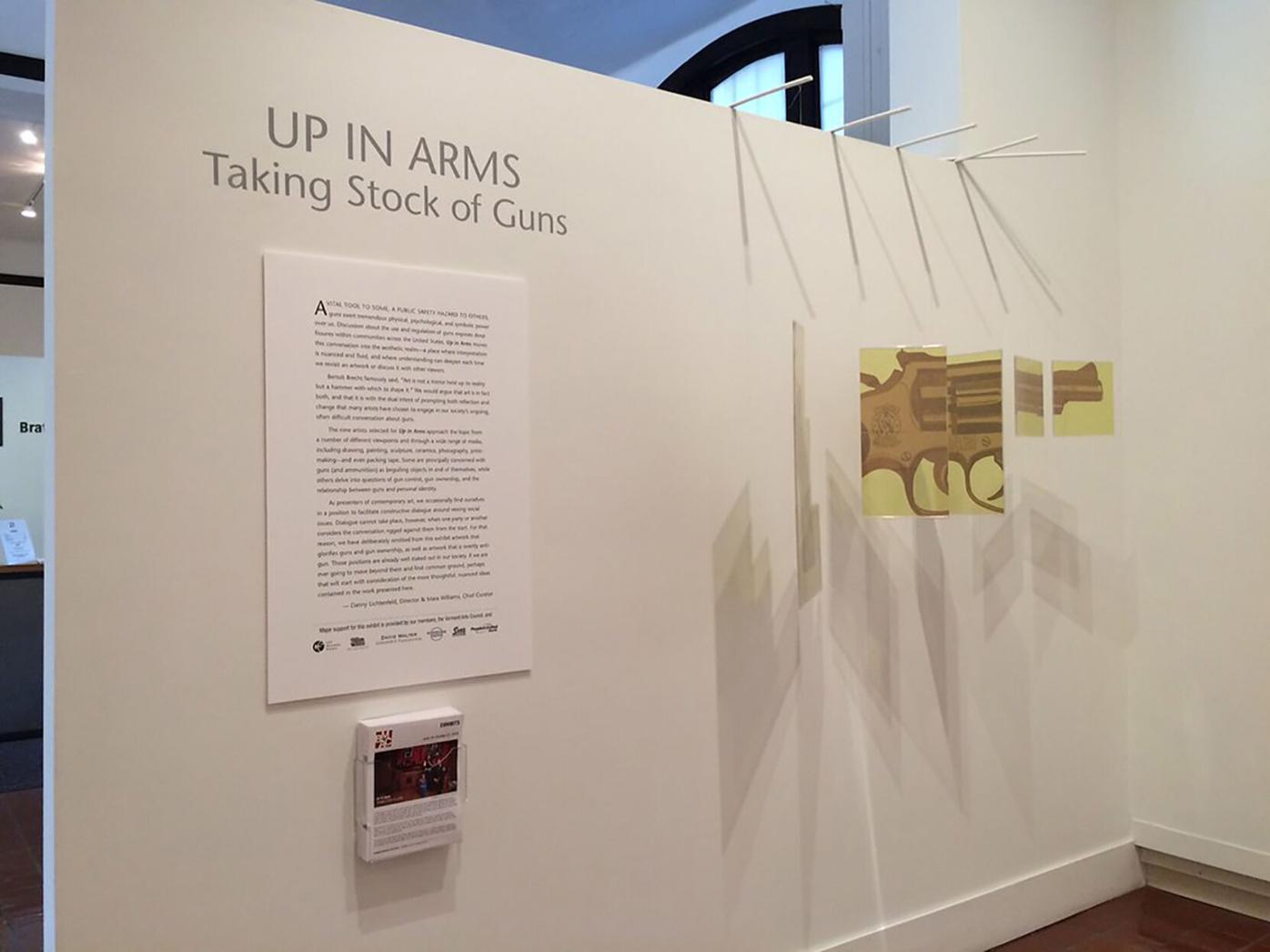 The entrance to the exhibit “Up In Arms” that was on view at the Brattleboro Museum and Art Center.

From the exhibit “If She Has a Pulse, She Has a Chance” that was on view at the Brattleboro Museum & Art Center.

Mara Williams is the recipient of this year’s Peggy Kannenstine Award for Arts Advocacy.

The entrance to the exhibit “Up In Arms” that was on view at the Brattleboro Museum and Art Center.

“When you walk into BMAC, I don’t sound like a university professor talking to a group of my peers. I call them the black turtleneck museums,” Williams said. “They talk to you with the predisposition that you have an arts degree and it is intimidating. If little ol’ Mara Williams can walk into a museum and enjoy an artist’s joy, fear, exhilaration and healing, and have that experience, if I can do that, then why are so many people afraid to walk into a museum? The person most likely to walk in is curious and that curiosity is intelligence.”

The Vermont Arts Council honored Williams’ ability to create exhibits appreciated by everyone with the 2021 Peggy Kannenstine Award for Arts Advocacy, an award named for a former Vermont Arts Council chairwoman that since 2015 has recognized influential advocates for the arts in Vermont.

Vermont Arts Council Executive Director Karen Mittelman said, “Mara has spent more than three decades bringing outstanding art to Vermont, showcasing the talents of Vermont artists, and educating the public about art. A passionate board member, adviser and donor, she has been instrumental in the growth and success of numerous Vermont arts organizations. Mara has enriched Vermont’s vibrant cultural life, in downtown Brattleboro and across our state.”

Williams, who recently announced her retirement as chief curator after 32 years with the museum, has curated over 200 contemporary art exhibits, introducing Vermont to dozens of renowned artists through exhibitions and educational talks and lectures.

Williams said, “I was tickled to get the Peggy Kannenstine Award. I not only love to receive this but it is cherished because the award is named for Peggy. I couldn’t be happier to be awarded one named after a dear friend.”

Williams is formally retiring at the end of the year, maintaining her position as chief curator emeritus so she may finish out a few projects. Incoming chief curator Sarah Freeman has already taken on the majority of Williams’ former responsibilities.

Williams’ early days included acting as curator and executive director. After a brief departure. Williams returned, ultimately, becoming the voice of the institution for the better part of those 32 years, moving it forward. When the Board of Directors split the duties in the early 2000s, it hired Konstantin von Krusenstiern as director, bestowing chief curator title to Williams.

Danny Lichtenfeld, museum director said of his colleague, “To put it simply, Mara Williams’ impact on the artistic and cultural life of Vermont, particularly southeastern Vermont, has been profound. At BMAC alone, she has curated over 200 contemporary art exhibitions that have been viewed by more than 300,000 visitors. She has given dozens of artists their first museum shows, and with countless others, she has visited their studios and given them the gift of insightful, honest, encouraging feedback on their work. And in terms of nurturing an audience for contemporary art in our region, I cannot count the number of times I’ve heard, ‘I never really thought I liked contemporary art, but then I heard Mara speak,’ or ‘but then I read what Mara wrote — in plain English, not filled with confusing jargon — and now I see it in a whole new light.’”

Artists make art, and art needs to be seen. A painting is a dialogue between the viewer and the painting. Artists put that talent into an object of contemplation and the viewer brings their own contemplation, Williams said. “We unlock the delight in that moment.”

The museum has always collaborated with the community in an effort to create exhibits that are poignant and relevant.

For instance, in recent years, the exhibit “Up In Arms” centered on guns. The museum created a series that worked with gun lobbyists, state troopers, and other stakeholders. When putting together the exhibits “If She Has a Pulse She Has a Chance” and “Coffee and Conversation: Stories of Homelessness” that took on the issues of addiction and homelessness, the museum worked with recovery and housing centers to create symposiums and talks.

To provide diversity and decide who gets a voice in light of all of the recent political events, the museum invites guest curators who enjoy getting to experiment with people and ideas.

“I’m most proud of the artistic and educational output of BMAC,” Williams said. “A place where any member of our community can walk in and embrace the artists. I think that is my greatest achievement. It is always nice to have recognition for a career.”

Vermonters are recognized for their contributions in five categories.

Former Poet Laureate of Vermont Sydney Lea of Newbury has won the Governor’s Award for Excellence in the Arts, the highest honor presented to an artist by the state of Vermont.

In selecting Lea for this award, Gov. Phil Scott said, “From publishing multiple books to founding the prestigious New England Review magazine, there is no doubt your work has touched people around the world. I also want to recognize your support of education institutions in Vermont. Your contributions to Vermont’s artistic history are admirable.”

In addition to the Governor’s Award for Excellence in the Arts, the other awardees are as follows:

Pamela Polston of Burlington won the Walter Cerf Medal for Outstanding Achievement in the Arts for her sustained contribution to the arts and its impact on Vermont’s cultural life.