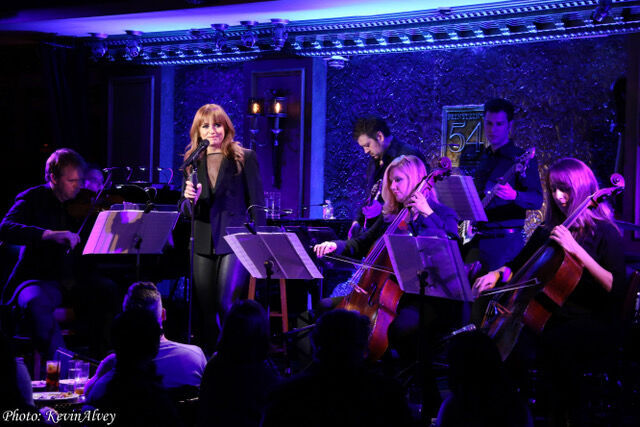 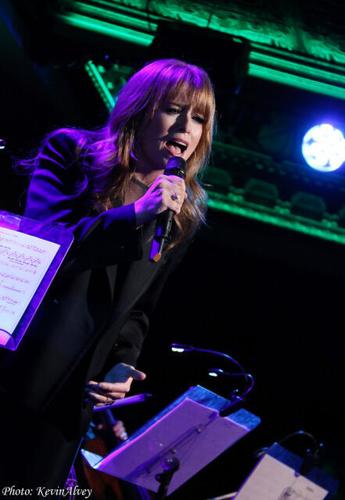 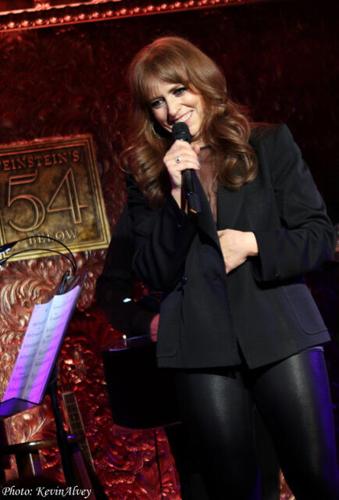 Maxine Linehan, of Manchester, has performed U2 covers in multiple venues. She will bring her show, "One: The Songs of U2" to SVAC on St. Patrick's Day.

Maxine Linehan, of Manchester, has performed U2 covers in multiple venues. She will bring her show, "One: The Songs of U2" to SVAC on St. Patrick's Day.

MANCHESTER — Though Manchester singer Maxine Linehan shares a home country with the Irish rock band U2, she was not a diehard fan until adulthood, when she started listening to the music from a vocalist’s standpoint.

“The music is so iconic and world-famous that often, the subject matter doesn’t get that much attention,” she said. “When you think about what Bono wrote about and is singing about in certain songs, it’s really eye-opening to a lot of people.”

Linehan will bring her voice and personal connections to the lyrics to “One: The Songs of U2,” a concert of U2 covers at 7:30 p.m. St. Patrick’s Day, March 17, at Southern Vermont Arts Center. The show is a benefit for Red Fox Community School, attended by Linehan’s son, Gabriel, 9. Her daughter, Rebecca, 11, graduated from Red Fox last year and now attends Long Trail School in Dorset.

Red Fox Community School is a progressive K-5 independent school in Manchester Center, focusing on outdoor education, place-based learning and creating independent thinkers, according to a provided description. More information on the school can be found at redfoxschool.org.

Linehan, one of the founding families and founding board chairwoman of Red Fox, said she hopes to help the small school through the challenges brought on by the COVID-19 pandemic.

“The costs just went through the roof for so many organizations, but especially small schools that had to adhere to all these protocols and staffing,” she said. “It’s been a challenging time, and it’s good to be able to do a fundraiser now where we can gather in person and feel good about that.”

Linehan created a show of U2 covers years ago as a benefit concert for Broadway Cares/Equity Fights AIDS at the Birdland Jazz Club in New York City. This show, which consisted of several performers covering the songs of U2, inspired Linehan to create the show she will perform at Southern Vermont Arts Center.

Ryan Shirar, Linehan’s music director, said the stage will have two cellos, a violin, piano and the rhythm section of guitar, bass and drums. Half of the songs in the show will be of the same style as the originals, with the other half taking on a more orchestral sound. Shirar, who will play piano, said he has found Linehan’s voice to be well-supported by strings.

“Stripping out sort of the production quality of it, and giving it a much more sort of chamber music feel, really draws attention back to the lyrics,” Shirar said. “Maxine delivers lyrics in such an extraordinary way, in a very authentic, profound, emotional way, that they are highlighted. I really never knew how much, sort of social justice, how much care for the human condition, how much empathy there are in all U2 songs, and that’s what comes across by this treatment.”

He said one of his favorite songs to perform is “Where the Streets Have No Name” from the 1987 album “The Joshua Tree.”

“When it’s working well, it just feels like you’re riding on top of this plane of sound. Or maybe it’s a boat of sound, or some sort of transportation vehicle, and you’re just grooving along, and it feels so great as a band player to just be in the middle of that sound,” he said. Another of his favorites is “One,” from the 1991 album “Achtung Baby,” of which he said “we sort of changed the overall groove quite a bit in order to make it something very unique to Maxine’s performance.”

The song that first got Linehan delving deeper into the band’s catalog was “Walk On,” from the 2000 album “All That You Can’t Leave Behind.”

“It’s a song about empowering yourself to move forward in particularly challenging times, which is a theme that we can all really resonate with right now,” Linehan said.

“What these songs were written about, these deep personal and universal topics that those songs are about is really quite incredible,” she said.

Now, she is watching her children’s generation discover U2. The band has a new song on the “Sing 2” soundtrack called “Your Song Saved My Life.”

“My son Gabriel, we’re watching the movie, and you know, the character starts singing the song, and Gabriel looked at me and he went, ‘Wow, he’s got a really good voice.’ And I said, ‘Yes, honey. That’s Bono,’” Linehan said with a laugh.

Songs on her St. Patrick’s Day setlist include “Beautiful Day,” “Sunday Bloody Sunday,” “Where The Streets Have No Name,” “Pride,” “One,” “With or Without You,” “Bad,” “Sometimes You Can’t Make It On Your Own,” “Walk On” and more.

Concert guests also can make reservations at cureATE, the restaurant at the arts center, to enjoy an Irish-themed dinner before the show. Cocktails, a bake sale and a silent auction will also take place.

“My dad used to say, there are only two kinds of people in the world: Irish people and people who want to be Irish,” Linehan recalled lightheartedly. “So, you know, it’s a good time for all of us to tap into our inner Irish-ness.”

She noted that music has always been a way to bring people together during uncertain times.

“Our world is on a knife edge right now,” she said. “Coming out of a pandemic, watching a war unfold. We have so much uncertainty, and it’s nice to be able to gather together in music and celebrate some good things we have.”

Tickets for the show can be purchased online through SVAC.org or by calling 802-362-1405. Reservations for the Irish dinner at curATE can be made by calling 802-362-9100 or by using OpenTable. To view the auction, visit charityauction.bid/redfoxschool.