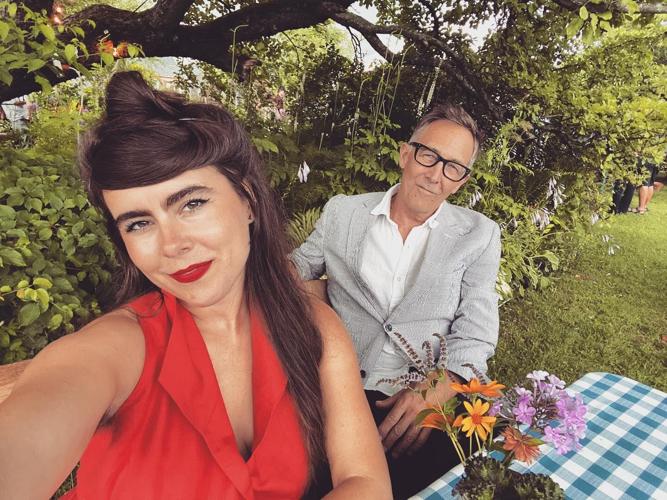 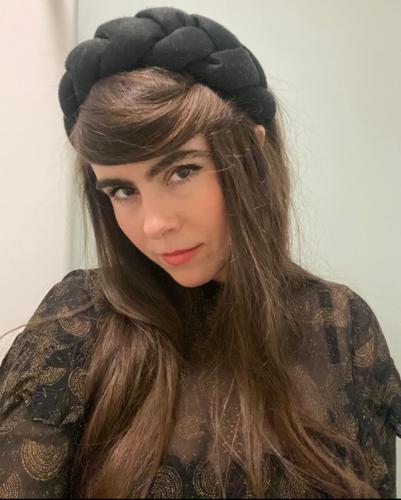 Kat Wright has been reinventing her sound the past few years, moving from the soul band she fronted for years to a stripped-down trio.

Kat Wright has been reinventing her sound the past few years, moving from the soul band she fronted for years to a stripped-down trio.

BENNINGTON — Ask Kat Wright about the holiday music that inspires her, and she goes directly to an impeccable source: Nat King Cole’s well-loved rendition of  “The Christmas Song.”

“The warmth of his voice and the beauty of his phrasing stays with me always, especially around the holidays,” Wright, who will perform with guitarist Brett Hughes at Bennington's Coffee Bar on Dec. 7, said in a phone interview. “There’s such a nostalgia in his smoky voice.”

Given Wright’s knack for reviving classic artistic influences and making them all her own — from folk, blues and soul music to her embrace of retro fashions and stylish hats – it’s no surprise that timeless holiday standard, and the deep emotions it evokes, serves as a North Star for her holiday music songbook.

This is the ninth year Wright and Hughes are making a holiday tour across Vermont, performing a selection of seasonal standards and originals blending Hughes’ jazz guitar lines and vocal harmonies with Wright’s powerful and expressive voice. “The Christmas Song” is part of their setlist, as it was for a 2019 performance at a Billsville home concert in Manchester.

For Wright, the concerts are a movable holiday party of sorts — a way to catch up with familiar faces who have come back year after year to enjoy the songs of the season, and connect with all the emotions the season brings.

“It’s a tradition we made together,” she added. “We all have to build our own adult lives and adult traditions. … We take what we love from childhood, leave the rest and try to make our own way. I’m honored so many people come year after year — it feels like we’re making this thing together.”

The set list, Wright said, is a mix of bright holiday cheer and seasonal melancholy, acknowledging that the holidays — with their short days, cold nights and family stress — can be a time of family stress and longing for missing loved ones and friends. She counts “Have Yourself A Merry Little Christmas,” like “The Christmas Song,” as a song that can be interpreted with that tinge of sadness.

For Wright, "Have Yourself A Merry Little Christmas" and its deeper wartime context, as first performed by Judy Garland in the 1944 film “Meet Me In St. Louis,” comes to mind.

“Every time I sing it, I see Judy Garland standing in front of the tree singing [to her younger sister] … she’s trying to be cheerful but her bottom lip is trembling. The lyrics really hold that,” Wright said. “The line 'Until then we’ll have to muddle through somehow' — that line kills me, it’s so real.”

But Wright and Hughes, accompanied by special guest Tyler Bolles on upright bass, also bring holiday joy, through a selection of favorites and original songs. “We do funny songs, like ‘Please Daddy Don’t Get Drunk This Christmas,” Wright says. To honor the late Loretta Lynn, they’ve added “To Heck With Old Santa Claus” to the playlist.

“I think it’s important to laugh and sing through the hard times. Music carries us through difficult moments,” Wright said.

“A song is like a little spaceship or a magic carpet,” she said. “You get on it and if you shut your mind off and go with it, you’ll wind up somewhere you weren’t five minutes ago.”

Hughes’ original songs are part of the setlist as well. Wright says Hughes is “a genius songwriter” who captures the golden age of country and Americana. “The man writes better songs than anyone else I know,” she said.

This year’s holiday comes amid a post-pandemic reinvention for Wright. The Rochester, N.Y.-area native has garnered national notice and critical acclaim for her remarkable voice and undeniable stage presence. Her albums and shows with her Indomitable Soul Band drew simultaneous comparisons to Bonnie Raitt and the late Amy Winehouse — high praise, indeed.

Then the COVID pandemic made performing with a full band and horn section practically impossible. So Wright went back to her folk roots and scaled back a trio with the core of her band — guitarist Bob Wagner and bassist Josh Weinstein — and, in Wright’s words, “hunkered down” to write and hone their sound, with acoustic and electric instruments and vocal harmonies.

That unit recorded a pair of EPs, wrote songs and hit the road the past two years, most notably opening numerous shows for the Wood Brothers across North America. Wright is hoping the next year brings a recording session for the group, with the recent reintroduction of drums bringing back “a lot of the feeling we had with a full band.”

For Wright, who originally came to Burlington with her best friend Maggie Clifford as a folk duo, the return to her musical roots is a welcome change.

“I really missed that when I was in a big band for years,” she said. “I loved being a powerhouse and boisterous and bold and a badass. But I always felt like, 'this is me, and I’m totally rocking this, but this isn't all of me.'"

The trio, she said, “feels true to who I really am.”

Also on the horizon for Wright is a Bonnie Raitt tribute planned for the Burlington waterfront on New Year’s Eve. Raitt is one of Wright’s heroes, and she’s working on a 90-minute show spanning her career.

Kat Wright and Brett Hughes will perform at 6:30 p.m. Wednesday at The Coffee Bar in Bennington, as part of their ninth annual holiday tour.

“A song is like a little spaceship or a magic carpet. You get on it and if you shut your mind off and go with it, you’ll wind up somewhere you weren’t five minutes ago.”