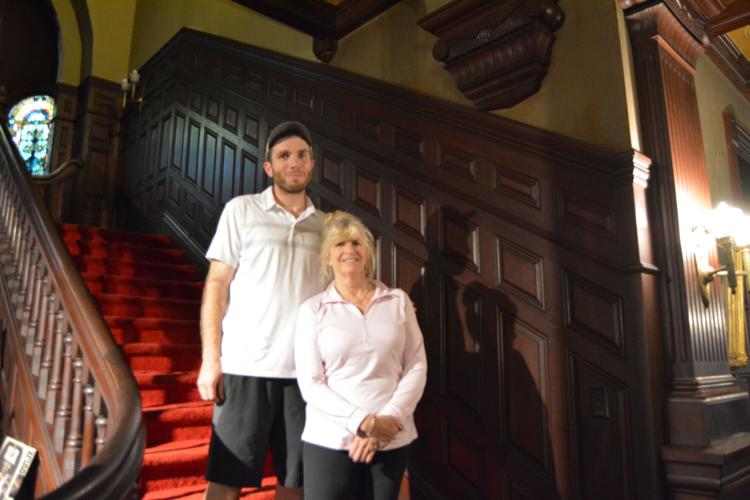 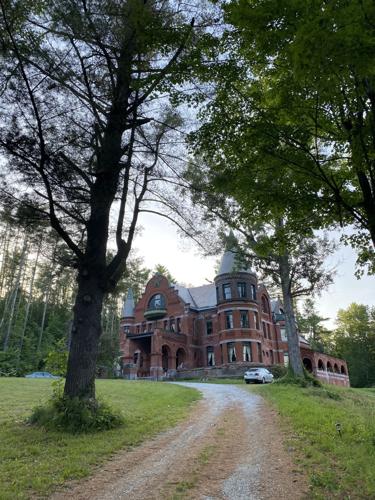 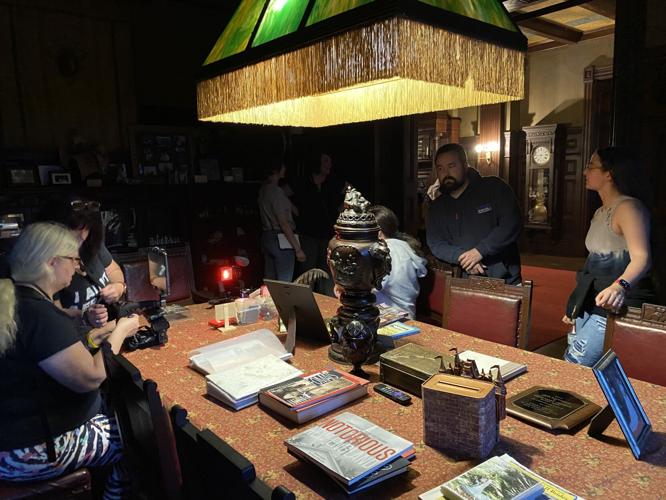 PROCTOR — Wilson Castle has been considered haunted since Cornell Wilson bought it in 1939. The Banner recently joined a group of paranormal investigators, led by Ghost Hunts USA, at the castle to see what would be discovered.

Doug “Andy” Probst explained the history of the castle — and the hauntings. He’s been involved with Wilson Castle since he was a child because his parents were friends with the owner and granddaughter of Cornell Wilson, Denise Davine.

“There’s two of us (running the castle), her and myself,” Probst said. Probst acts as the general guide and historian for the castle.

Wilson never wanted the public to think the castle is haunted, but according to Probst, he had a Catholic priest bless the castle every spring.

Probst noted that every haunted location is different, but the interesting thing about Wilson Castle is that “nothing evil or demonic is here. Nothing tragic happened.”

The castle has six or seven “frequent fliers” that haunt the 32 rooms, but a portal in an upstairs closet allows for other spirits to flow in and out of the castle as they please he said.

“It’s not like you’re gonna be scared out the door, but they will play tricks on you.”

“13 doesn’t have any significance here,” said Probst. The expansive space allows for different areas of the castle to manifest different hauntings.

Probst has experienced shadow people under the stairs. He said while he was washing his hands in the bathroom sink, he looked up into the mirror and saw a shadow move across the doorway. It was “clearer than anything because it was not in my peripheral vision, it was behind me,” he said. He yelled so loud the tour group in the other room could hear him.

He also shared his least favorite area of the house, the third floor hallway where a figure is known to peek its head around the corner. The hallway itself has a shift in energy from the rest of the area, he said, adding, “I don’t like it at night.” Probst said.

The servants’ bedrooms are also believed to have a more sinister energy than the rest of the castle.

Probst showed a photo of a ghost child standing behind someone in a mirror.

“You know what sells me on this frickin’ photo? Look at the reflection of his socks on the floor,” he said. And he was right: The ghost is reflected in the mirror and on the hardwood floor.

“I would stake our entire reputation on these photos, the fact that they’re not fake or doctored,” Probst said.

The home’s original owner, Sarah Johnson, is one of the castle’s frequent ghost fliers. Sarah and her husband, John, built the house from 1885 to 1892. They had two children together. Their first child was born in 1887 and died six months later of spinal meningitis. This second child, Elliot, lived into adulthood.

Sarah “never got over the loss of that child,” Probst said. She was also haunted by the belief her husband never loved her, and only loved her money. When Sarah’s parents cut her off, John left Sarah, Elliot and the castle and was never heard from again.

Sarah spent a few years in the castle and then left around 1900, but she came back in the afterlife, he said. She stays in her bedroom guarding the portal that resides in her closet.

“Sarah is watching over the portal,” Probst said. He and others believe she haunts the castle because she has never gotten over the pain of losing her firstborn.

Probst told a story from a group of women who stayed overnight in Sarah’s bedroom. The next morning, they thanked him for keeping the heat on. They heard the furnace kick on in the basement and felt the hot air coming out of the grate by that wall. Probst said there is no furnace.

For the investigation, Kurt brought several investigative tools, like pendulums and dowsing rods. Participants exchanged stories of how they spoke to Sarah or other spirits, like a ghost named Christopher who was in the Navy.

Usually, the third story of the castle is blocked off from visitors, but the group was able to access it. Kurt brought motion activated lights and flashlights to facilitate communication with the spirits. Participants asked questions as the flashlights turned on and off, seemingly by themselves.

Some people got poked in the back, others heard sounds coming from the walls and no one left the investigation without believing they experienced the paranormal.

The paranormal investigations at the castle have given Davine and Probst the opportunity to give the structure some necessary upgrades. They’ve focused a lot on repairing the slate roof and the exterior brick, and have also fixed some minor cosmetic issues inside the building.

The investigations have brought people from all over the country, as far as Washington State. The next paranormal event will be Aug. 20, but daytime tours are almost always available. Ask to see the ghosts captured in photographs.

NEW ENGLAND — Got a haunting? Who ‘ya gonna call?