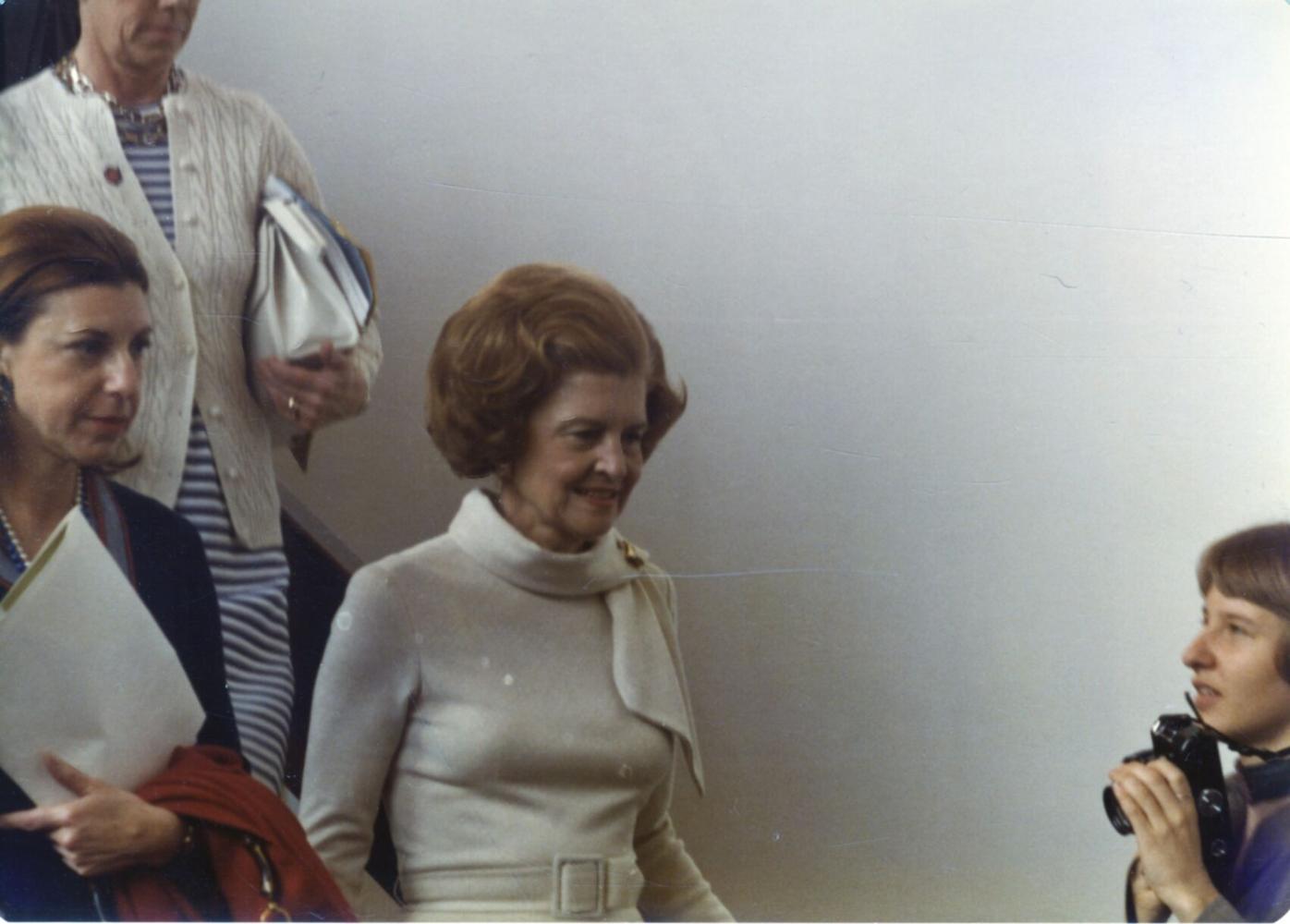 In this photo provided by Bennington College, Helen Frankenthaler, left, accompanies First Lady Betty Ford at the dedication of the Visual and Performing Arts center at the college on May 22, 1976. 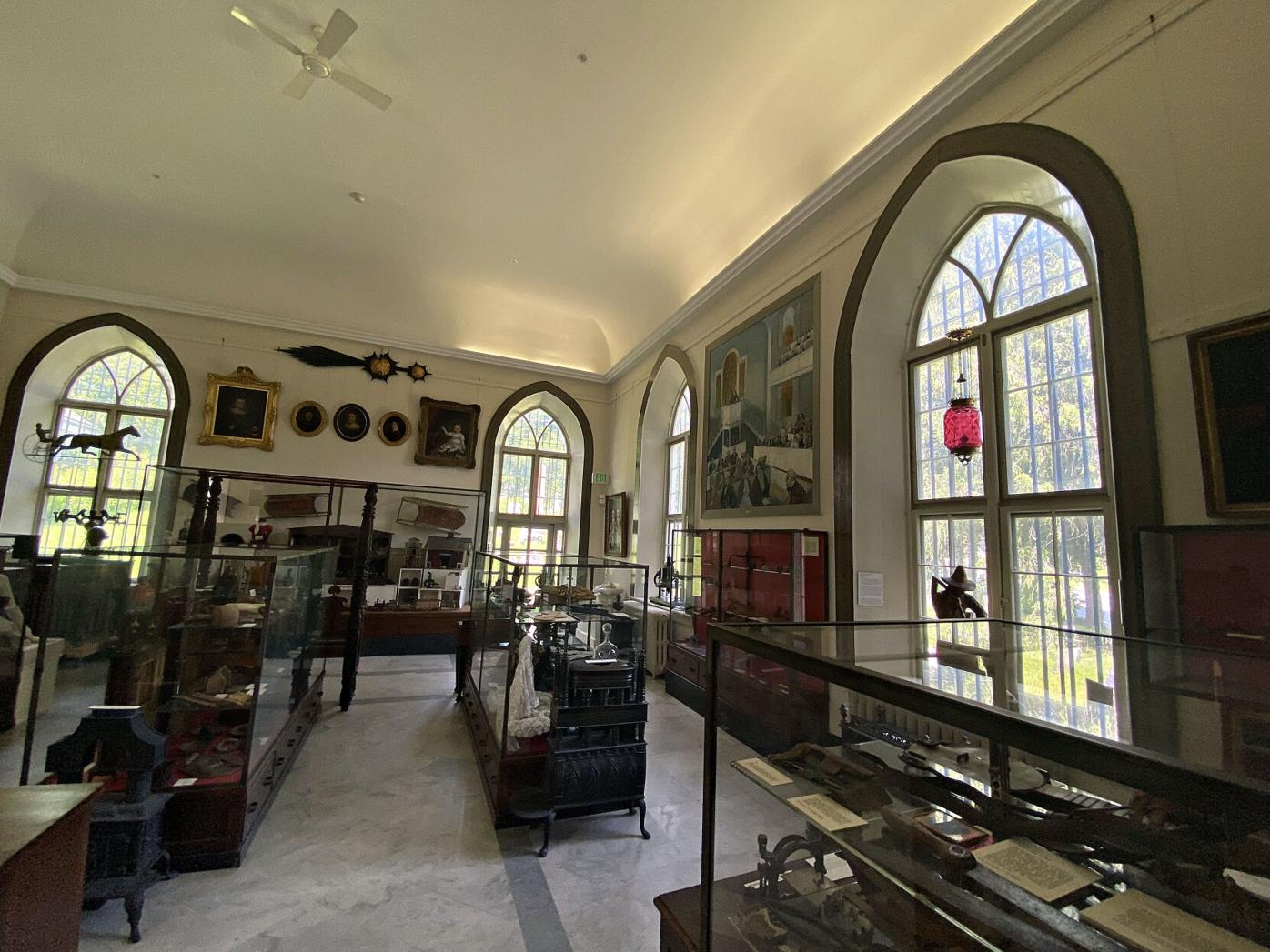 An $80,000 grant to the Bennington Museum will help seal windows that were once part of St. Francis De Sales Catholic Church, and are believed to be original to the building. 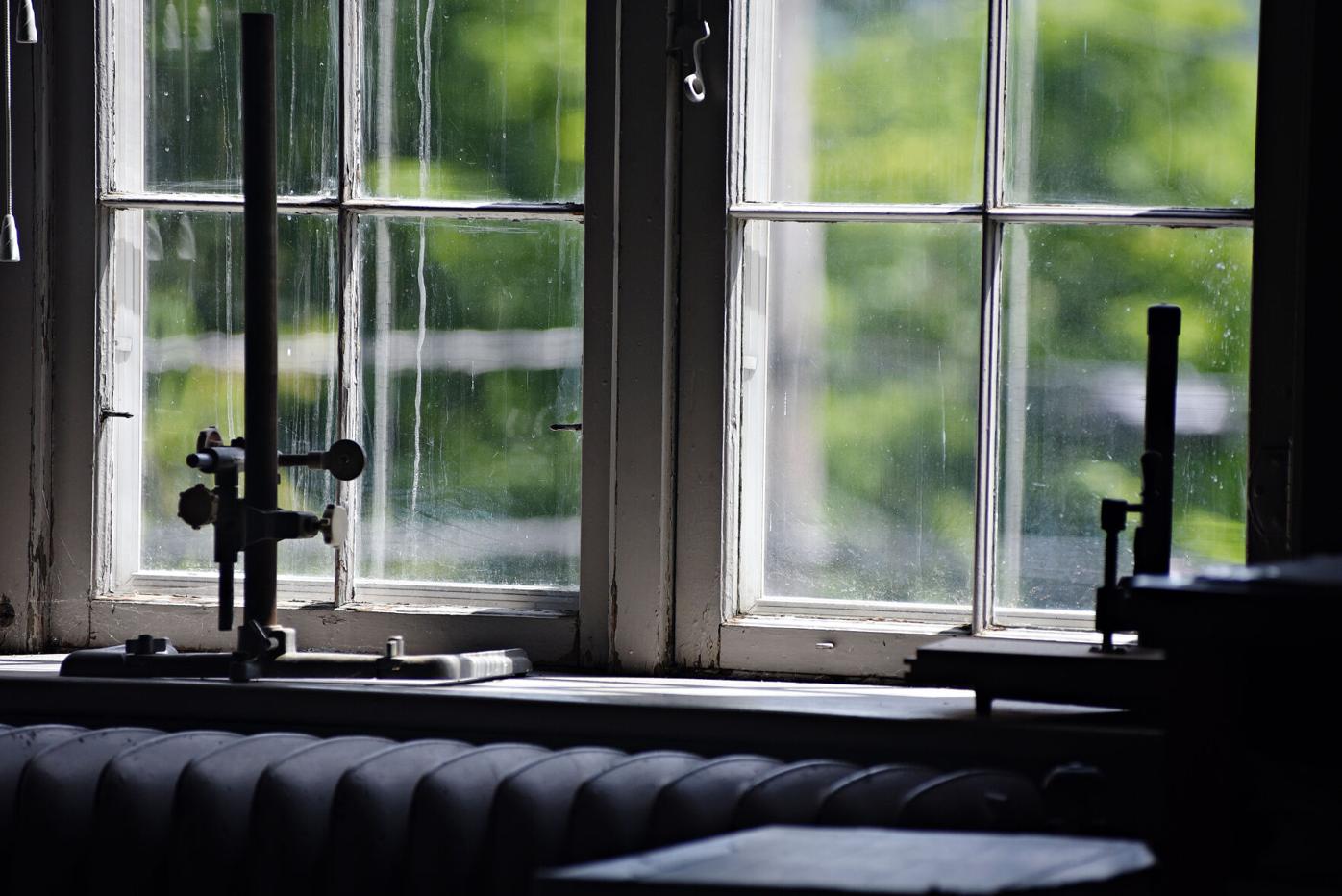 The windows, that are believed to be original to the building, in the Church Gallery and regional history center at the Bennington Museum, will be made more energy efficient thanks to an $80,000 grant.

In this photo provided by Bennington College, Helen Frankenthaler, left, accompanies First Lady Betty Ford at the dedication of the Visual and Performing Arts center at the college on May 22, 1976.

An $80,000 grant to the Bennington Museum will help seal windows that were once part of St. Francis De Sales Catholic Church, and are believed to be original to the building.

The windows, that are believed to be original to the building, in the Church Gallery and regional history center at the Bennington Museum, will be made more energy efficient thanks to an $80,000 grant.

BENNINGTON — Bennington College and the Bennington Museum apply for and receive grants on a regular basis. But not all of them bear the name of one of the most notable artists who ever called Bennington home.

The college and the museum announced Tuesday they are among the inaugural recipients of the Frankenthaler Climate Initiative, launched by the Helen Frankenthaler Foundation to support energy-efficiency and clean-energy use and address climate change action.

Frankenthaler (1928-2011), a second-generation abstract expressionist artist and pioneer in the Color Fields movement, was a 1949 graduate of Bennington and is among the school's most famous alumni.

In all, the Frankenthaler Climate Initiative has committed $10 million, $5.1 million of which has already been conferred, to 79 visual arts institutions.

A page of the college's website is dedicated to Frankenthaler's history and her time at Bennington. A New York native, she studied at Bennington between 1946 and 1949.

She studied with teacher and artist Paul Feeley, about whom she later said, "taught me everything I know about Cubism," and credited her time at Bennington as helping her develop as an artist and as a person.

“Our goal for this project is to ensure that the Frankenthaler Visual Arts Center continues to serve as an inviting and inspiring collection of spaces for the creation and exhibition of art, while furthering the College’s commitment to sustainability,” Andrew Schlatter, the school's vice president for facilities management and planning, said in a statement.

This upgrade will replace all existing lighting and controls throughout the Frankenthaler Visual Arts Center, which houses the college’s collection of 1,200 works of art. It's estimated the new lighting system will save over 123,000 kilowatt hours, at a cost savings of nearly $18,500.

The nonprofit organization Efficiency Vermont will collaborate with the college on the project.

As a signatory to the American College and University Presidents Climate Commitment, Bennington College is committed to reducing its carbon footprint, with the goal of achieving net carbon neutrality by the year 2030.

At Bennington Museum, an $80,000 Implementation Award grant will address energy loss from what were originally the windows of St. Francis De Sales Catholic Church. The 1855 native stone structure was acquired by the museum in 1923 as its first permanent home, and presently houses the Regional History Room and an early Vermont gallery space.

The window remediation project is the first step in a two-year program of overhauling and improving its climate systems.

“This seed funding provides a much-needed springboard from which we can create a sustainable and green building that will serve residents and visitors to the Bennington community for decades to come,” David Pilachowski, the museum's interim director, said in the statement. “Reducing heat-loss from our windows will allow us to better care for our collections and will result in significant savings in the long run especially when coupled with future upgrades to the heating system. Moreover, it is important that the museum takes part in addressing one of the most critical issues of our times: climate change.”

The use of new glass and sealing techniques applied to the historic windows is expected to provide a 71 percent increase in climate stability in a space that currently experiences climate fluctuations. It's expected to save the museum 25 percent annually on its $30,000 average annual energy cost.

The museum previously received funding from the Preservation Trust of Vermont to assess the windows in advance of the work. The upgrades in the historic church structure will be undertaken with appropriate aesthetic and historic preservation protocols in place, the museum said.

Established and endowed by Frankenthaler during her lifetime, the Helen Frankenthaler Foundation's goals are advancing her legacy and inspiring a new generation of practitioners through philanthropic, educational, and research initiatives. It has organized and supported significant exhibitions of her work, fostered new research and publications, advanced educational programs in partnership with arts organizations, and launched initiatives that foster systemic change in the field.