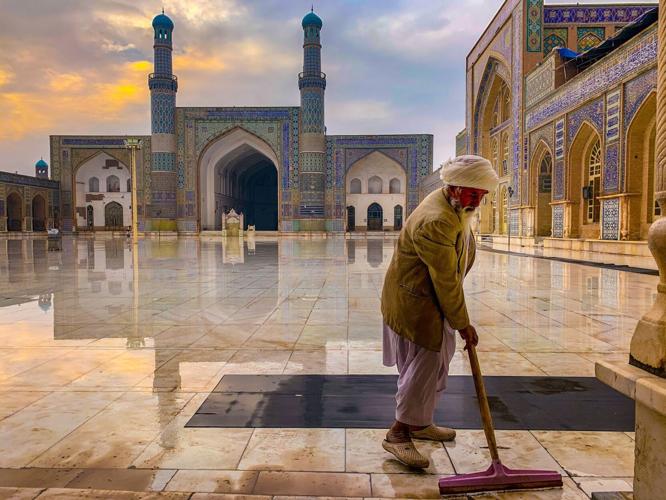 One of the photos showing life and culture in Afghanistan in an exhibit on display at Vermont Center for Photography during Gallery Walk. 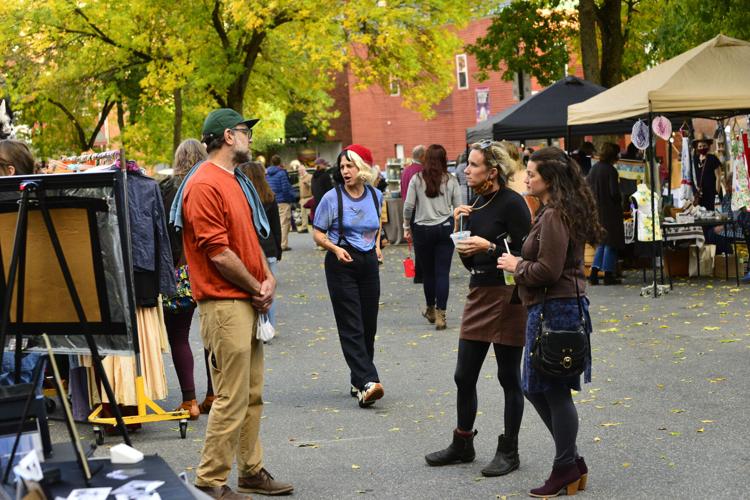 The streets of Brattleboro came alive with art and music, as galleries and maker-spaces opened their doors for people to enjoy during the last organized Gallery Walk for 2021 on Oct. 1. Gallery Walk returns Friday.

One of the photos showing life and culture in Afghanistan in an exhibit on display at Vermont Center for Photography during Gallery Walk.

The streets of Brattleboro came alive with art and music, as galleries and maker-spaces opened their doors for people to enjoy during the last organized Gallery Walk for 2021 on Oct. 1. Gallery Walk returns Friday.

BRATTLEBORO — Ebrahim Mussavi would like his neighbors in Vermont to know more of his home country of Afghanistan than what they see on the news. In an exhibit at Vermont Center for Photography, he highlights the many aspects of culture and daily life, as well as the historical monuments and natural beauty of Afghanistan in photographs by various photographers and photojournalists.

“We’d like to present their photos, and show a different picture and a different image of Afghanistan,” said Mussavi, 32, now of Brattleboro. For example, a photo by Mariam Alimi shows a man sweeping at a famous mosque in Herat. “It shows like a man who is trying to preserve or clean it and protect it,” Mussavi said.

When he learned about Gallery Walk, his new town’s downtown arts event that dates back to the 1990s, he jumped at the opportunity to share his collection.

This exhibit is among the many that will be on display at local galleries Friday, when the first Gallery Walk of 2022 takes place downtown from 5 to 9 p.m. — with live music going an hour later than last year. The rain date is Saturday.

In recent years, the Downtown Brattleboro Alliance has added several new components to create a street fair vibe, one goal being to make art and creativity accessible to all.

“Almost everything that we’re doing is sort of around the guiding principle of this event being about art and being about community and connecting the two, and about how extraordinary it is where you can create shared, positive experiences in our downtown space,” said Gallery Walk director Erin Scaggs.

She said organizers decided to extend the live music to give people more time to visit the gallery exhibits, such as Mussavi’s, and also to carry the energy further into the night. Last year, with the music winding down at 8, organizers found that many attendees felt like the party was just getting started.

“So we’re pushing it back just an hour later, trying to dispel the myth that Brattleboro is a sleepy little town that closes up at 8 p.m.,” Scaggs said.

Another change this year is an expanded street closure, with Elliot Street being closed from Main Street to the entrance of the parking garage. “That is mainly because people seem to really love the energy that comes with having no cars around,” Scaggs said. “Everybody loves a street fair, so we’re trying to capitalize on that vibe.”

Food trucks will be moving into the Harmony Parking Lot, which this year will be closed entirely, and there will be “a large, a really long, beautiful community table, so that there’s more seating for folks when they’re eating,” Scaggs said. “So, think a long table, white tablecloths and tons of flowers all down the middle.” The flea market will be on the other side of the parking lot, with a slightly larger group of vendors.

A new component this year will be the ArtSEE tour, in which local artist Cynthia Parker-Houghton will lead a tour to Harmony Collective, Gallery in the Woods and First Proof Press. The theme of the tour will be “Makers: How did they do that?” and will focus on the process of making art. The tour meets at 6 p.m. at Chicken Rex, outside of Harmony Collective.

“One thing that Erin and I are really passionate about is that Gallery Walk is about seeing and showing and feeling and touching art in all its many different forms,” said Stephanie Bonin, executive director of the Downtown Brattleboro Alliance. “And so the more that we can really have people feel really welcomed, at whatever point they are in their love of art, is our goal.”

At 5 p.m., there will also be a free, guided tour of the Brattleboro Words Trail, an audio tour of the region’s literary history. This tour meets at 118 Elliot.

May’s theme for Artful Streets, a community art-making component, will be “What’s the word?” Opportunities include an open mic, “poem-making,” word games and the “Tunnel of Babel,” or interactive language programs, hosted by Brooks Memorial Library.

Live music this month will be LuxDeluxe, a rock ’n’ roll party band from Northampton, Mass. The set starts at 6 p.m., and according to the band’s Facebook page, this will be its first public show in two years.

“I love being introduced to new music. It’s right there on the street. All of a sudden, you find your next favorite band,” Bonin said. “And that’s just another way that we can introduce people to different things.”

For photos of Gallery Walk setup, see page B3.