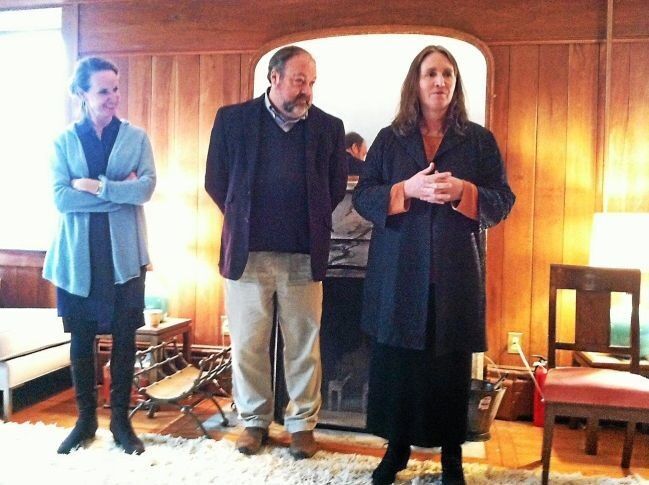 Carole Dunne, from left, Steve Stettler and Dina Janis announce a new collaborative venture at the Marble House in Dorset in 2015. 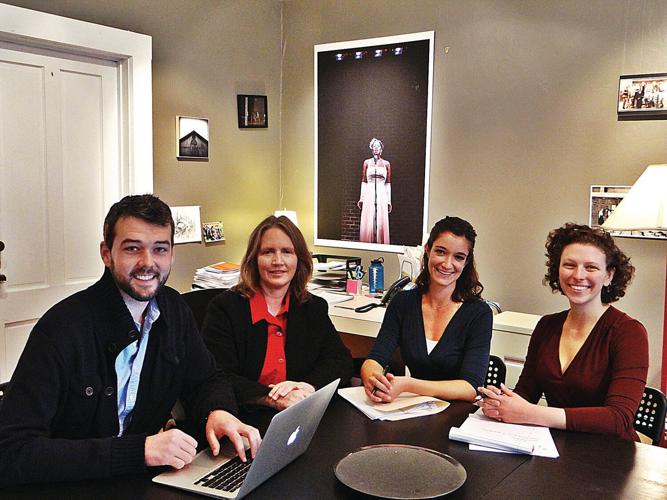 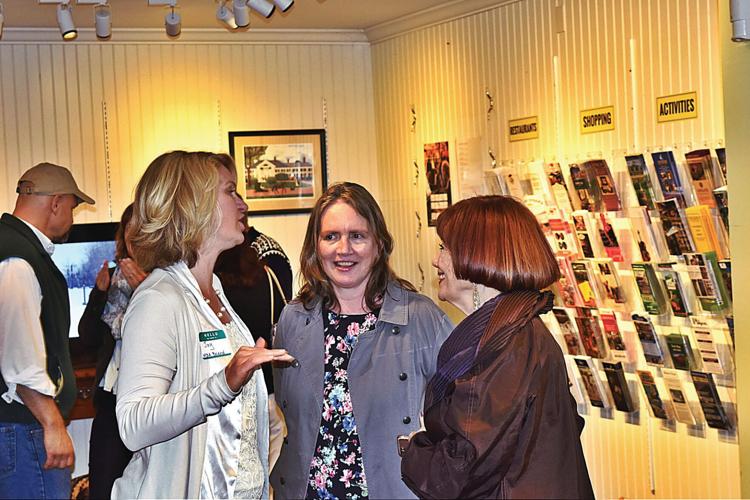 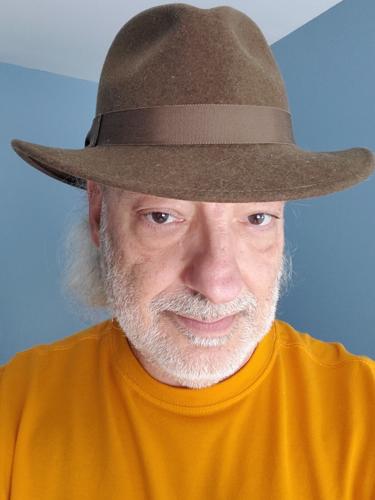 Carole Dunne, from left, Steve Stettler and Dina Janis announce a new collaborative venture at the Marble House in Dorset in 2015.

At one of Dorset Theatre Festival’s productions this summer, I settled into my seat of the last two decades, in row L, to write yet another drama review. To my right across the aisle was Dina Janis, the festival’s artistic director of 13 seasons, where I would typically find her, scribbling away in her notebook.

Still, something seemed different this year. Dina still wrote, still applauded, still laughed at punchlines and from time to time still wiped tears from her eyes. Before the shows, however, and during the intermissions, Dina sat pensively, with something seemingly weighing on her.

And so, while curious about this, I was still taken aback recently when reading that Dina had resigned from her position at season’s end, after yet another wildly successful run.

While the festival’s news release announcing Janis’ departure was generous in praise, Dina’s own public statement politely noted that her artistic values and those of the festival’s leadership were no longer aligned, and so she felt compelled to call it a day.

Human speculation being what it is, and with nothing shocking on the record, it’s fair enough to say that on some level, Dina felt cornered — in good conscience — by not being able to deliver what her bosses wanted.

Past that, one would have hoped Janis exited Dorset in the celebratory way Steve Stettler, Malcolm Ewen and Tim Fort of Weston Playhouse, or Julianne Boyd of Barrington Stage, recently approached retirement. Instead, we were served up more of Eric Peterson’s exit at Oldcastle Theatre Company, where regrettably, four decades ended, well, bluntly.

Even so, given the stark realities of show business, what a sea change we found at Dorset from 2010, when Janis first appeared on the scene to breathe new life into what then seemed like a theater that was marking time at best. Entertaining, but predictable.

To Dina’s recollection, the media profile I wrote at the time was her introduction as the festival’s artistic director to Southern Vermont, the Berkshires and the neighboring New York hill country.

Janis had already been teaching at Bennington College for a number of years after her own Odyssey as a young actor in Chicago’s legendary Steppenwolf Theatre Company — the nation’s premier ensemble and community-supported stage — and her many years involved in New York theater.

And without regurgitating the accomplishments and programs and big names and big money Dina helped bring to Dorset, it’s important to emphasize that the focal point of what made her so successful was her deeply rooted humanity.

Never mind the A-listers she helped get in the door and on stage over the years. For the last 13 seasons, when you went to Dorset Theatre Festival, Dina had brought some of that earthy Steppenwolf vibe from Chicago with her.

Under Janis’ aegis, every stagehand, every actor, every staffer and every intern centered around the basic principle of being approachable, and available to every audience member — not just to the country club set, but also the kid who won a free ticket raffle to see professionals on stage for the first time.

With Janis at the helm, everyone was treated as if they mattered most. And in the background, especially in her earlier days of lean staffing, there was Dina, smiling, chatting, greeting, buffing the bar counter, watering the hanging flowers and picking up a stray piece of trash in the lobby, stuffing it in her pocket, while smiling and greeting the next patron through the barn doors.

What came to surface in all this was by far my most memorable moment of the COVID pandemic. After enduring a devastating shutdown in 2020, Dina brought the festival back last year in a short-season outdoor format at the Southern Vermont Arts Center in Manchester.

Actually having an opening night again was such a big deal. The buzz in the air and the milling crowds at SVAC demonstrated the people’s hunger for the return of performing arts.

As I approached the box office, there was Dina with several well-heeled donors surrounding her in celebration. Then she saw me. And without hesitation, she ditched the gathering, hustled over and jumped into my arms, exclaiming: “We made it, Telly! We made it!”

Everything you need to know about Dina Janis was encapsulated in that one moment.

But what’s missing is a true Thespian honor. And so my hope is that more people are seeking her out for a personal curtain call, because Dina has earned it.

In her 13 seasons at Dorset Theatre Festival, Dina Janis reminded us that, while employment can be a precarious rollercoaster, standing for something and remembering where you came from will always leave behind a trail of love and respect that no balance sheet can ever define.

Telly Halkias is a national award-winning freelance journalist and the secretary of the National Society of Newspaper Columnists. Email: tchalkias@aol.com Twitter: @TellyHalkias