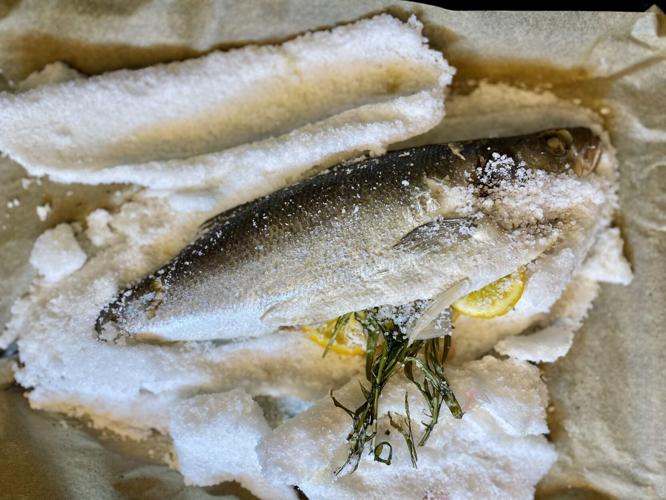 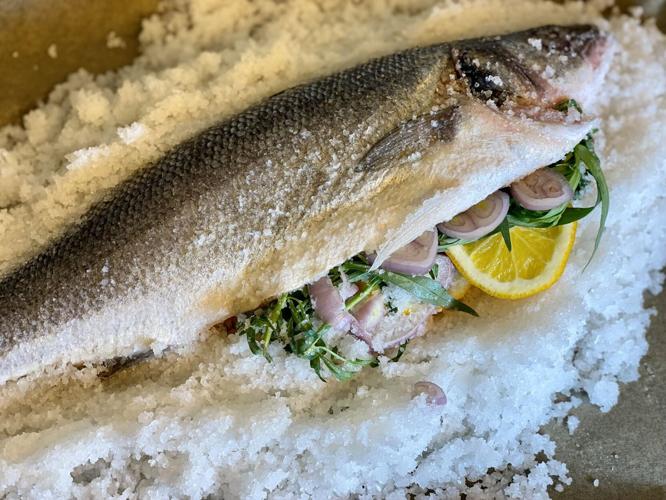 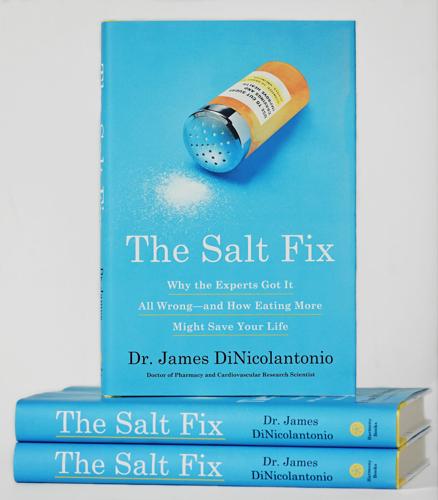 In “The Salt Fix,” Dr. James DiNicolantonio not only unveils the importance of salt in our lives, but identifies the deeper consequences of low-sodium diets. 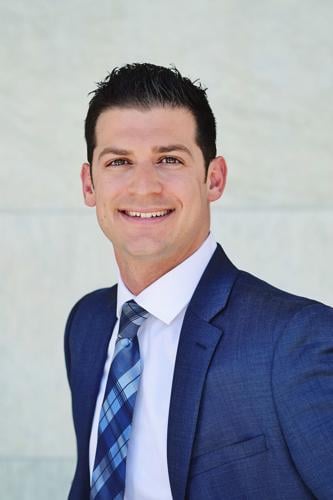 Dr. James DiNicolantonio equates our hunger for salt to our thirst for water and his answers are backed by studies.

In “The Salt Fix,” Dr. James DiNicolantonio not only unveils the importance of salt in our lives, but identifies the deeper consequences of low-sodium diets.

Dr. James DiNicolantonio equates our hunger for salt to our thirst for water and his answers are backed by studies.

You reach for it, yet retract your hand. It’s too little, too late. You want it, but you tell yourself you shouldn’t. You’ve had enough. It’s calling to you. Your taste buds flair. Your mouth waters just by looking at the little holes atop the shaker. The craving is overbearing. You cave and reach for the container. It sprinkles out, a little at first, and then more and more as it bursts out with gusto, flying everywhere, covering every morsel of food and every crevice of your plate. With little else to do, you take a bite and bask in its saltiness. You’ll do better tomorrow. You’ll omit it entirely the next day, you promise yourself, but for now, the salt is yours.

If this internal dialogue doesn’t sound familiar, maybe you’re doing something right. Perhaps you’re eating enough salt. Most of us are on the other end of the spectrum. We’re not only eating too little salt on a daily basis, but we are deficient in it. An essential mineral, we literally will die without it, so why are we discouraged from eating it?

It’s as though salt has found itself at the center of a dubious witch hunt. Someone had to go down. America is on fire with obesity, Type 2 diabetes, elevated cholesterol and high blood pressure and we need someone to blame. Enter salt.

Everywhere we turn, there are reduced salt, low-sodium, no-salt-added products. Like sugar, there are many substitutes on the market attempting to trick our taste buds into thinking it’s the real thing. It goes deeper than our taste buds. Salt is an important player in a multitude of functions within our body. Every single cell and neurotransmitter in our body depends on it.

Today, before dietary guidelines are handed down to the public, they must be supported by trials and evidence in not just one, but several proven clinical studies. Before this was the case, salt lent itself as a scapegoat in the 1950s when Lewis Dahl bred genetically salt-sensitive lab rats and then fed them salt. Not surprisingly, the salt sensitive rats experienced high blood pressure as a result of their salty diet and inability to process it. In 1977, the government issued a blanket recommendation for salt intake, limiting it to three grams and immediately augmenting it to five. Though it’s been slightly altered over time, the suggestion for a maximum intake of salt has stood for many years. Oddly, there has never been a minimum salt intake guideline issued, a first for an essential mineral. If our sodium levels dip too low, it could be fatal. Why, then, has it been depicted as evil for decades and villainized for crimes it may never even have committed?

Dr. James DiNicolantonio might just have the answers. A doctor of pharmacy by training, Dr. James quickly recognized there was more to healing than medications alone. He pivoted to focus on cardiac research, contributing to more than 300 papers by his mid-thirties. Although a six-time author, DiNicolantonio seems to just be getting started. In his book “The Salt Fix,” he not only unveils the importance of salt in our lives, but identifies the deeper consequences of low-sodium diets.

If you think you’re salty enough, think again. We are one of the richest nations in the world, yet we have one of the highest rates of obesity on the planet. We consume one of the lowest amounts of salt and are one of the sickest populations on Earth. Populations that ingest much more salt than we do as a nation, such as Japan, are some of the heart-healthiest people there are. Is this merely a coincidence?

Dr. James doesn’t think so. As a scientist, he speaks only of evidence-supported findings and minces no words when it comes to conjecture. He equates our hunger for salt to our thirst for water and his answers are backed by studies. It’s Good Friday when we meet over Zoom. The book we’re discussing is over five years old, but relevant and still imparts disruptive information to its readers. DiNicolantonio comes to salt’s rescue. It isn’t the villain it’s accused of being. In fact, it’s a case of mistaken identity. Who’s to blame? Salt’s doppelganger, sugar.

At the same time that salt was getting nailed to the cross, studies emerged pinning sugar, not salt, as the source of elevated blood pressure in the observed populations. In addition to the salt-sensitive rat study, there were a couple more studies pointing a finger at salt, which were sponsored by the sugar industry. This seems to be nothing more than a conspiracy theory. Salt isn’t the problem. For many of us, it’s the answer.

Without enough salt, we gain weight, particularly around the middle. We are low-energy, and can experience dizziness. Our cholesterol increases, as can our blood pressure. We crave sugar and refined carbs and have increased levels of stress hormones. We get indigestion, acid reflux and, later, GERD. Lower rates of fertility have been associated with lack of salt and so have those little blue pills, if you catch my drift.

When we don’t have enough salt, our body will look to our bones to pull out sodium, bringing along with it our own sources of magnesium and calcium, increasing our risk for osteoporosis. When we don’t have enough salt, our body sets out to protect the stores we do have. Too little salt? We produce more insulin to protect those salt stores, leading to a higher incidence of insulin resistance, meaning we need to secrete more insulin to regulate our blood sugar. When that happens too often, we’re in trouble, as it’s a huge predeterminant of Type 2 diabetes.

When we lack salt, we lose up to ten times more magnesium through sweat than if we are salty enough. A lack of magnesium sets up a cascade of other ailments.

It’s no secret now that a lack of salt spells trouble, but salt can aid us in many ways, not the least of which is to stave off sweet cravings. A sprinkle can help us dress up healthier foods to make them not just more palatable, but desirable. It helps our immunity, our gut health and is even said to aid in addiction. When we have too little, we develop a prevalence to become more readily addicted to substances from sugar to medications to street drugs.

As Dr. James describes this phenomenon, when mammals are deficient in a substance they need, the reward center in the brain is activated as a way to identify it and to get them to seek it out in nature. It’s designed to save their lives. Let’s say we need salt. We crave it. When we find it, we experience an even greater reward when we taste it. Our brain’s reward center releases dopamine when we ingest it and we literally get high. Sugar and other substances can hijack that reward center, eliciting an even greater response when we consume other addictive substances. When we have enough salt, this is less likely to happen.

“Salt is the only mineral that actually has a taste receptor. That’s how important it is. If you get too much, the taste receptor for salt will flip and you’ll get an aversion sign. Things will become too salty. That doesn’t happen with sugar. With sugar, the more you take in, the more you want. To tell people to restrict their salt intake is dangerous,” DiNicolantonio says.

DiNicolantonio’s passion on the subject matter is palpable. He asks a question, “What’s the minimum we should be consuming? They didn’t even offer that type of advice. When you think about all the things that cause salt loss like caffeine, coffee, sweating, exercise, medications, to have just blanket statements on an essential mineral, that’s really never been done before. There’s always a u-shaped curve. There’s: you’re not getting enough, there’s: you’re getting an optimal amount and there’s: you’re getting too much and the same applies with salt.”

Listen to your body. You’re the best meter you can use about how much salt you should be consuming every day. As Dr. James says, “If your body’s telling you that you need more salt, you should listen to that signal because your body’s smarter than any dietary guideline.”

Redmond’s Real Salt: Dr. James’ favorite salt. It naturally contains iodine, calcium and over 60 other trace minerals. This salt is less expensive than other choices, is less processed and contains fewer contaminants.

Celtic sea salt: a good salt choice, it’s not as versatile for all recipes, as it is a little damp. While not refined, it may contain trace amounts of contaminants because it is harvested from a modern-day ocean.

All salt may not be considered equal, but Dr. James maintains that some of any salt is better than no salt at all. In fact, he maintains that having too much may be better than having too little. When it comes to processed foods, it’s what salt is paired with that becomes the problem. Our body will attempt to return us to a perfect balance with our salt levels again and again. We just have to listen.

A post shared by Food For Thought with Kat (@foodforthoughtwithkat)

1 whole branzino or other whole fish

Tarragon or fresh herbs of choice

Rub fish inside and out with olive oil. Set aside.

In a large bowl, mix salt and water together until wet, but not saturated.

Portion half the salt mixture onto the baking sheet, flattening out into a shape a little longer than the fish.

Remove from oven and crack salt crust as a party trick before fileting.