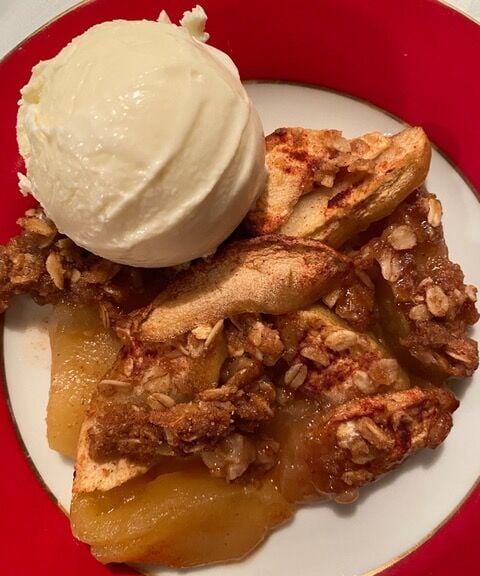 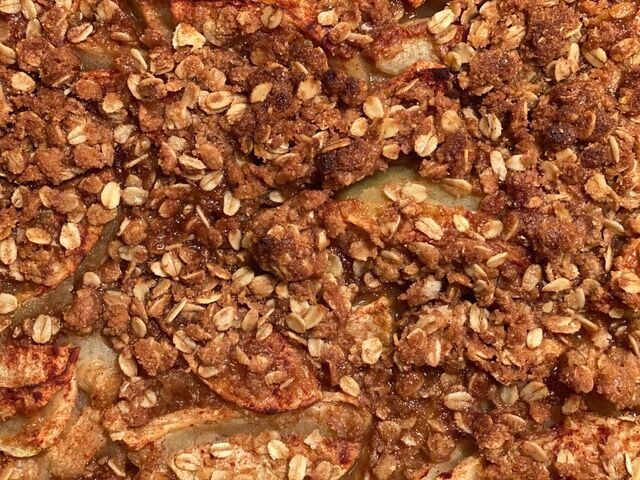 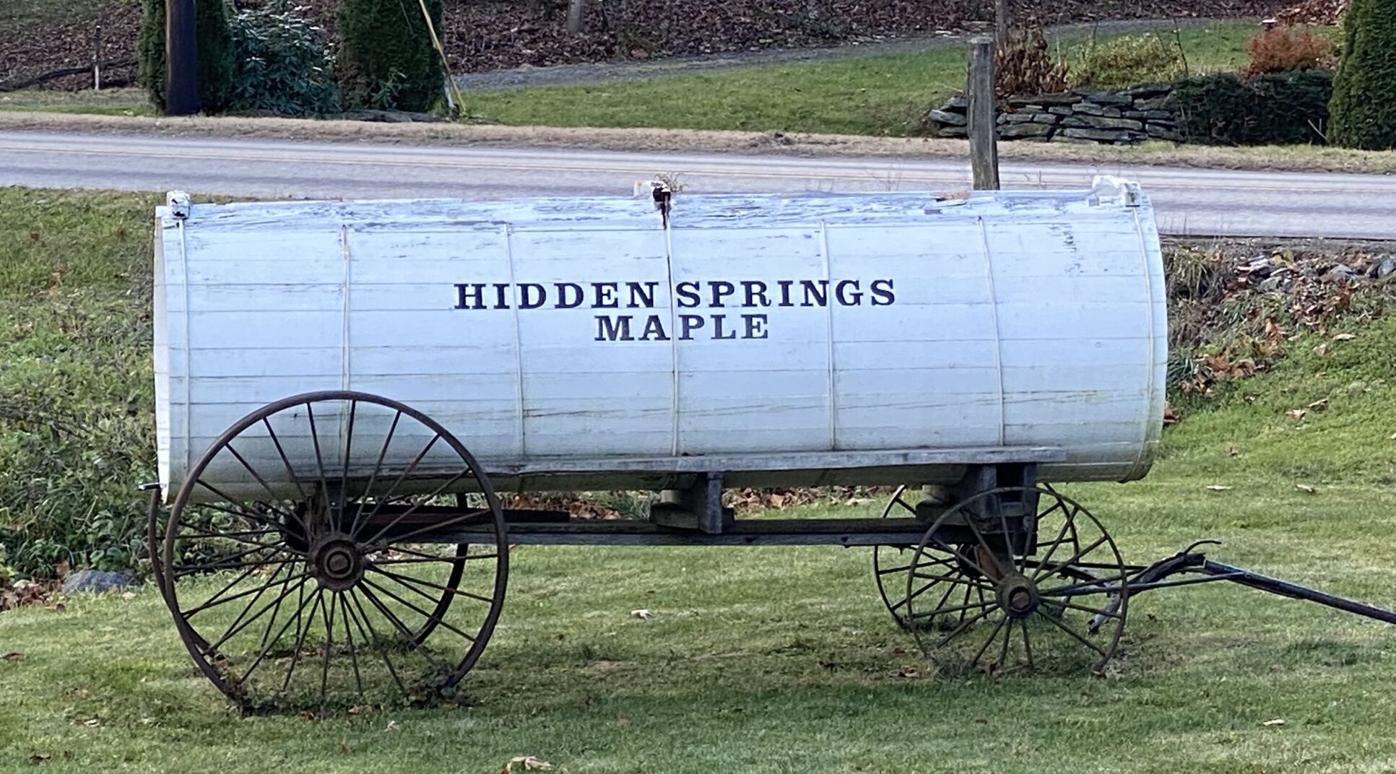 The author gets an old-school feeling as she walks past the old sap storage tank labeled "Hidden Springs" in Putney.

The author gets an old-school feeling as she walks past the old sap storage tank labeled "Hidden Springs" in Putney.

All foods have been shunned at one time or another. Soy has been sung a hero and a saboteur all in a mere matter of months, whilst every carb has made the bad list only to have some rejoin the A-OK list shortly thereafter. One food, though constantly craved, idolized and yearned for never comes off Santa’s “bad” list, and perhaps that’s why we can’t stop thinking about it. It’s the bad boyfriend who can’t be tamed. It’s “bad to the bone,” it was “born to be wild” — the white stuff, the sweet stuff, no matter its form, it keeps us coming back for more … sugar.

Call it what you will — sugar, honey, agave nectar, maple syrup, monk fruit, fructose, dextrose, maltose, sucrose, lactose … well, you get the point. Anything that ends in -ose is some derivative of sugar. Artificial sweeteners get a pass because they’re, well, in their own (malicious) category, but we’ll usually make exceptions for sugar, especially during this time of year.

We’ve been eating sugar for years, and have been leaving sugary treats for St. Nick since before time. We’ve worked our way up to eating between 150 to 170 pounds of sugar each year and are just breaking stride. Sugar is everywhere now. In bread, catsup, peanut butter, pancakes, Thai food — everywhere we’d expect it, and a lot of places we wouldn’t. It wasn’t until we had returned from a wedding (and belated honeymoon) in Thailand, and took a Thai cooking class that I realized just how much sugar is even used in savory dishes! It’s that whole salty/sweet balance that McDonald’s capitalized on decades ago with their fries. A little sugar goes a long way, and a little more sugar goes an even longer way. It’s rumored to be added to 74 percent of all packaged foods sold at grocery stores.

What’s the problem?So what? Why can’t we have a bit of sugar? We can — a bit of most anything never hurts, unless it’s rat poison or asbestos. In order to process sugar, though, we use our body’s established supply of certain nutrients. Sugar strips our body’s vitamins stores simply to get out of our bodies. Wait a minute. We work hard to eat right, keep fit, get the nutrients we need and possibly take the supplements we feel we ought to in order to be healthy. Then we eat a cookie and to get it out of our bodies, it takes our vitamins with it? That doesn’t seem right! Or fair!

Natural sugar is one way to capitalize on the sugary taste without sacrificing as many nutrients during digestion. Honey spikes our blood sugar less than table sugar, is rich in antioxidants and contains more nutrients than the white stuff as well. Honey can be rich in health-promoting plant compounds, polyphenols. These properties can be inhibited when warmed, so go in knowing that the nutrient profile will be compromised if the honey is heated.

Once hailed to be the end all, be all, agave nectar, derived from the cactus plant, isn’t all it’s “cacked” up to be. Instead of keeping our blood sugar on a more even path, agave nectar is now thought to spike our blood sugar to a greater extent than honey or maple syrup. While it contains some vitamin Bs and vitamin K, agave contains more calories than table sugar.

Days of YoreHaving moved away from Vermont years ago, only to realize that I had left the most special place there is, I have always coveted the properties and benefits of maple syrup. My husband used to make fun of me when I brought my own syrup to the local diner in LA (thanks Janet and Dan Lucier). He made fun of me until he, too, realized there is no other syrup like Vermont syrup.

My hubby isn’t the only one who realized the merits of Vermont maple. Peter Cooper-Ellis and his brother, Fraser, have been making syrup since they collected sap in galvanized steel buckets using a horse drawn sleigh, forming CE Maple in Saxtons River in 1999. After a foray in software in Silicon Valley, California (OK, perhaps more than a foray,) Mr. Cooper-Ellis brought his talents home where he applied his software skills to his family business and soon rose to the top, selling 30,000 gallons of syrup out of his Putney packaging operation just last year. A top performer among Amazon’s syrup purveyors, Cooper-Ellis kept it close to home, commissioning the contributions of thousands of gallons from local Vermont maple farms to subsidize his own sugar bush, as demand put pressure on his output.

Hidden SpringsI get an old-school feeling as I walk in the brisk air past the old sap storage tank labeled “Hidden Springs” in Putney. Second-generation maple entrepreneur and general manager, Andrew Cooper-Ellis, meets me behind the counter, and even though he is masked, I can tell he offers me a welcoming smile. The pandemic catapulted Hidden Springs’ sales at the onset of the pandemic, as everyone stayed home and became captivated with cooking and … pancakes. Even though CE Maple churned out 10,000 gallons of syrup a year, it was impossible to meet demand. Instead of importing syrup from anywhere, the company stayed local, working with small to mid-size Vermont maple farms and contributing to the maple economy, the junior Cooper-Ellis claims.

Though running out of room, Hidden Springs has applied and been accepted to a third-party auditing process called Safe Quality Food (SQF), in addition to being certified as organic. I was curious to know what sets organic maple syrup apart from non-organic syrup, as I suspected that sap was its sole ingredient. Not so. Sap foams up during processing, and in an effort to tame that effect, a product is used to “defoam” it. In non-organic syrup, a chemical defoamer is used (gross). In organic syrup, an organic safflower oil is used to maintain the product’s vegan status.

Having made syrup since she was born, first with her father, and now with her family, Katie Coleman Hazelton says many people use fish oil to defoam their syrup. As her father used to say, however, “I wouldn’t put fish oil on my pancakes, so I won’t put it in my syrup.” A wise man, I say. Hazelton uses butter, something she claims to be the old-fashioned way of defoaming syrup.

High in our beloved antioxidants, syrup also contains riboflavin, zinc, calcium and potassium. It spikes our blood sugar less than honey and of course, sugar, and actually has fewer calories than both. Substitute maple sugar for white sugar at a rate of 1:1.

In a small bowl, mix flour, maple sugar, oats and remaining cinnamon. Add butter and use your hands to crumble it in with the sugar mixture until it is a coarse mixture.

Bake for 45-50 minutes or until the apples are soft, and the top is a golden brown.

Katharine A. Jameson, a certified nutrition counselor who grew up in Williamsville and Townshend, writes about food and health for Vermont News & Media. For more tricks, tips and hacks, find her on Instagram: @foodforthoughtwithkat