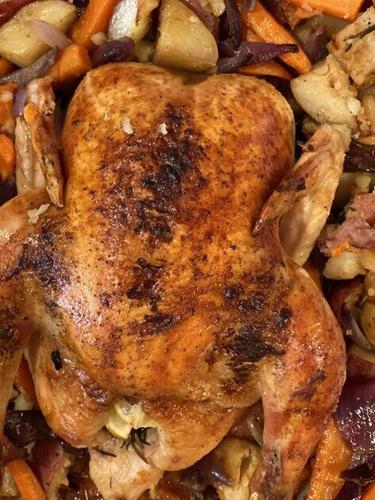 Roast chicken and vegetables is a healthy meal that uses organic ingredients. 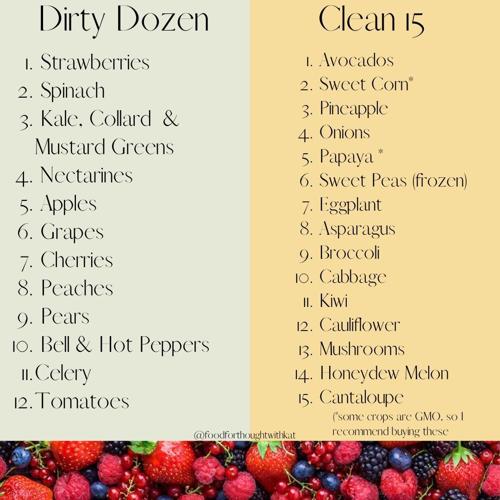 Each year, the Environmental Working Group (EWG) compiles a “Dirty Dozen and Clean 15” list based on residual pesticide levels found in produce as reported by the USDA.

Roast chicken and vegetables is a healthy meal that uses organic ingredients.

Each year, the Environmental Working Group (EWG) compiles a “Dirty Dozen and Clean 15” list based on residual pesticide levels found in produce as reported by the USDA.

Food choices are so confusing these days, most of us wouldn’t mind a bit of guidance to point us in the right direction. The phrases natural, non-GMO, lite, fit, fat-free and “no sugar added” have all supplied us with a feeling of comfort as we plod through the grocery aisles considering how to decipher between maltose and malt extract. It’s confounding, yet there’s one phrase that seems to implicitly eliminate our fears. It’s the safe area in the supermarket – the one thing we know unequivocally to be certain: Organic.

At nearly twice the price, is it worth it, and what does it mean?

I remember discovering the Whole Foods in New York City. As if cued, a soundtrack began to play in my head as the double doors swung open and I walked in, surrounded by a plethora of prepared delicacies, fresh fruits and veggies, a hot bar, salad bar, bulk bar and smoothie bar. Organic labels called out to me, dancing among the shelves as I encountered foods I’d never heard of and things I couldn’t wait to try. As I reached the end of one aisle and turned the corner, I encountered a display of brownie bites. An organic label printed loudly across their label shouted my safe word out to me. Organic! Brownies!? They were organic, so they must be healthy – obvs! Delighted at my new found healthy snack (and at the fact I had become so wise and adept at reading labels that I had uncovered this healthy treat), I grabbed one package and then another for good measure.

I had fallen into the trap that many of us do — categorizing anything organic as “healthy,” which in the case of brownies, may have been unwise. “Organic” seems like a protector — something designed to keep us safe and, unlike the terms “natural,” “wholesome” and “healthy,” this term is regulated. Food companies are required to back up their organic claim, reassuring us that our extra loot is going to a good cause.

Non-organic food can be genetically modified or not, but organic food, according to the terms set forth by the USDA and the NOP (National Organic Program), the two organizations charged with overseeing our organic food sources, can never be genetically modified. Having heard terrible things about GMOs, like tomatoes being crossed with pig skin to make them firmer, I took solace in this fact for years. While I can find nothing about swine tomatoes, and it’s said that no genetically altered tomatoes have been brought to market, there are some things on the grocery store shelves that would make the hair on the back of Mother Nature’s neck stand up. It’s like snow in July or hell freezing over — potatoes that don’t bruise and apples that don’t brown when they’re cut?

While perhaps there is no nutritionally measurable difference, we need to get back to basics, not eat alien foods that have lost some of their most basic traits. A potato not bruising isn’t in the consumer’s best interest. Rarely have I met a potato that was so bruised, it was unusable. It’s in the grower’s best interest and more importantly, in the transporter’s best interest. (The more I learn about this, the more I realize just how many middle men stand between us and the crops farmers grow).

The real danger of GMOs are the crops (like corn and soy,) that are bred not to resist predators, but to be able to tolerate higher levels of weed killers like Roundup (a brand name for the carcinogenic herbicide glyphosate). Some corn might be bred to tolerate higher levels of this stuff, but I can assure you that until we are genetically modified ourselves, we aren’t.

Money always complicates things and that’s no less true with organics. Perhaps the exception to the rule (and fingers crossed it is,) the New Yorker magazine reported just this month on a decades-long Ponzi scheme at the hands of a man who oversaw the organic regulation of corn, soy and grains among other crops and exploited the term, selling conventional crops in their place. There is no test, according to this article, that can confirm that corn was grown organically. And, as quoted in the article, “Once you grind it up, who the hell knows the difference?” Our bodies do, that’s who.

Though officially regulated by the aforementioned governmental organizations, organic farms need to sign up with a USDA accredited certifying agent with whom they file paperwork and by whom they are periodically audited. Farms pay these companies to get certified, mixing the business of organics with the pleasure of earning money. It is reported that some certification companies perform only cursory audits, overlooking various indiscretions as to not lose a paying customer.

Not all organic farmers are in it for the loot — although organic products hit an all time high of $60 billion (yes, that’s a ‘b’) this past year. Many opt to farm organically because it’s better for the environment, their land, their livestock and their own health. Contrary to popular belief (including formerly my own,) organic produce IS grown with pesticides. Any Vermonter who has grown a garden can attest to the power of the most common pest. These pesticides, however, are said to be more natural than those used in conventional farming. It has been posited that the more natural pesticides may not be as effective at deterring pests from dining on their crops, leading farmers to apply more in organic farming.

While little to no difference has been found in the nutritional content of conventionally and organically grown produce, the difference is measurable in antibiotics (dairy and meat) and pesticide residue in produce.

I’ve always been a proponent of organic dairy and meat, as farms are prohibited from using steroids, antibiotics and hormones (like the bovine growth hormones that are designed to make cattle grow at a skyrocketing pace. Is it any question that Americans are doing the same?). But is this organic claim all it’s reported to be? American agriculture is not in the habit of testing for the presence of antibiotics or even the presence of genetically modified material. We go on people’s word.

I was told by a former goat herdsman that goats are seasonal breeders, and hormones are administered to breed them when they’re out of season, thereby contaminating the milk for some time after the hormone treatment. Shocking. While unconfirmed, it’s food for thought, isn’t it?

In spite of the behind-the-scenes that we more than likely can’t verify as busy individuals, there are a couple of lists to help us make the choices that feel mind boggling. Each year, the Environmental Working Group (EWG) compiles a “Dirty Dozen and Clean 15” list based on residual pesticide levels found in produce as reported by the USDA. As strawberries have topped the list for several years in a row, I go with organic berries whenever possible and steer clear of them if they’re not organic. Berries are like little pesticide balls otherwise. Fruits and veggies with thicker skins like avocados and oranges are said to be a bit lower in residual pesticides.

Being “in the know” is empowering and may allow us to peruse the grocery aisles with a little more confidence. It’s important not to break the bank, so making choices based on the volume of foods we eat can be helpful. If you’re very carnivorous, perhaps focus on organic meats, and work your way down to dairy and produce when feasible. Sometimes, it’s the littlest changes that can make the biggest difference.

Melt 2 tablespoons of butter & brush chicken with it.

Cut lemon into quarters and place inside cavity with 3-4 sprigs of rosemary.

Tie chicken legs together with twine.

Peel & smash 4 cloves garlic and place underneath chicken in baking dish with vegetables.

Roast for 45 minutes, then baste.

Chicken should be 170-175 degrees when cooked through.

Remove lemon from inside chicken & squeeze over veggies & mix.