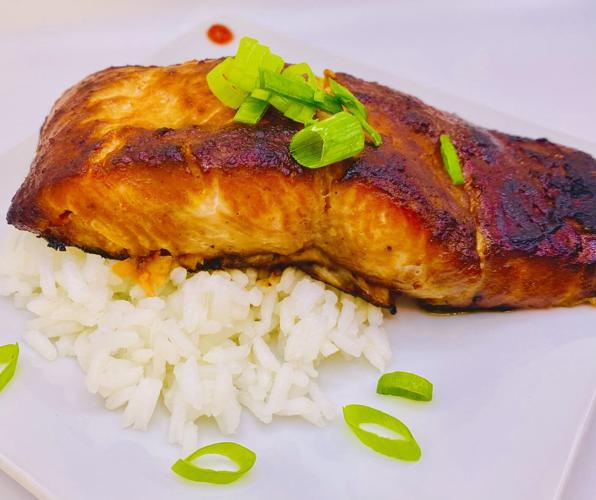 Miso Roasted Salmon is one recipe that can help restore our gut balance. 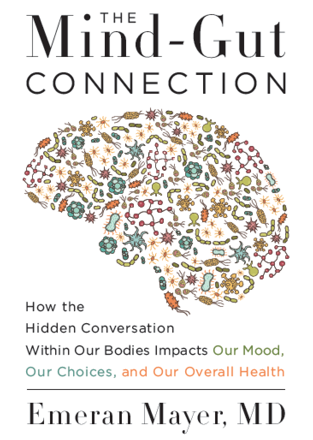 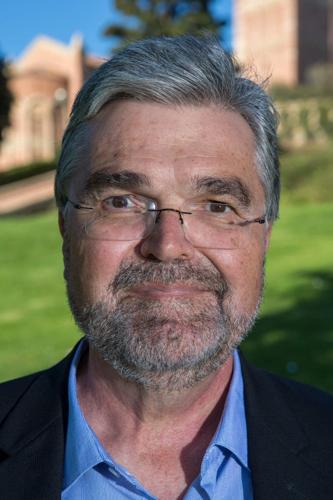 Miso Roasted Salmon is one recipe that can help restore our gut balance.

Although the science is only about 300 years old, the more we learn about the gut and its bacterial balance, or microbiome, the more we realize its importance in … everything. Deemed our “second brain,” 70 percent of our immune system lives in our gut, which works hand in hand with our brain upstairs to send signals and directives, among a host of other functions. As we learn more about our gut’s importance for overall health, we have begun to ask questions about what exactly goes into its development and when it begins. It turns out that it’s not only imperative to establish it from the onset, but to establish it well. Often, we’re told not to “sweat the small stuff,” but in gut health, it might just be the smallest stuff that matters most.

Dr. Emeran Mayer was born into a Bavarian family that had started their confectioners’ business in 1873. Expected to take over the family business, one of his first brushes with a gut feeling compelled him to attend medical school in Munich instead. From there, his gut took him to the forefront of medicine: gut health. From Munich, Mayer went to Vancouver for residency, ultimately landing in Los Angeles, finding a home for his career, which has spanned 40 years, at University of California, Los Angeles.

I’ve waited months for this interview and I’m nervous as I click the button to initiate our conversation. Dr. Mayer sets me at ease with his gentle demeanor and soft tone. His answers are well thought out and thorough. He’s clearly passionate about his subject matter and curious about all the rest, and he demonstrates this endless intrigue in his first book, “The Mind-Gut Connection.”

After four decades of practice, he’s offered solutions to countless patients with seemingly incurable conditions like IBS or GERD. Gut health extends well beyond the gastrointestinal system running from our mouths all the way south. The gut is responsible for countless functions, sending messages to the brain and back again, telling us what, when and how much to eat, how to digest it, what nutrients we need and so much more.

Early research suggests that the development of our gut microbiome is initiated during our journey through the birth canal. During pregnancy, a woman’s microbiome changes to give her fetus the right “gut bugs” it needs. These changes in a healthy woman’s gut are tailored specifically for her baby and are passed down to infants during their trip through the vaginal canal. This voyage has been called the “bacterial rite of passage” and it’s the start of everything. Unromantically, it seems like the start of a NASCAR race. Flags are waved and bacteria rushes to the newborn to see which can initiate the gut microbiome and shape its health for life.

Now, of course not all babies are able to gain exposure to this carefully cultivated bacteria in the birth canal. According to Dr. Mayer, babies delivered via cesarean section are said to adopt bacteria from the hands and skin that touch them upon delivery rather than their mothers’ flora.

Mayer breaks it down for us. “The mother’s microbiome changes during pregnancy to program the baby’s [microbiome]. If a baby doesn’t come the normal route, they do not have this maternal starting package and their microbiome is different. After a couple of years, C-section babies catch up to naturally birthed babies, but during that time, it has catching up to do, which makes the babies vulnerable. These kids are at a much higher risk for developing allergies and autoimmune diseases. This is the time their immunity develops and they don’t have the same programming of the immune system [as babies who come through the birth canal].”

Since we only have about the first three years of life to help establish gut balance, we’ve no time to waste. After that, it serves as our blueprint for life. Our gut microbiome will decide if we’re sick or healthy, filled with energy and longevity, or the lack thereof. It can help determine whether we develop conditions such as asthma, allergies, autoimmune diseases, mental health conditions and even neurodegenerative diseases such as Alzheimer’s and Parkinson’s later in life.

Like genes, a gut microbiome can be passed down through generations. The way in which we come into the world contributes greatly to the development of the microbiome. Cesarean sections can be life-saving procedures, but a common trend both in the U.S. and countries like Korea, Chile, Mexico, Turkey and Italy, is to schedule C-sections for convenience (the patient or the doctor’s) or for cosmetic reasons.

I tell Dr. Mayer about getting my nails done while more than nine months pregnant when a women called over from across the salon “when are you due?” When I responded that the baby was coming any day, she gave me explicit instructions. “Here’s what you do. You get your hair done, your makeup done, and schedule a C-section so you look good in the pictures!”

This wasn’t my idea of natural birth, so after 18 hours of labor and nary an Advil, I didn’t look picture-perfect. Dr. Mayer echoes my sentiments, “the idea about C-sections is to rethink it if you’re getting it for cosmetic purposes.”

Going For a Healthy Gut

We’re all told to stress less, but stress during pregnancy can lead to changes in a woman’s microbiome, which affect the fetus. Stress also contributes to low-grade inflammation, which transfers to the baby and is reported to likely be responsible for a higher instance of allergies and chronic conditions like mental health disorders, IBS, autoimmune diseases and even obesity.

Mayer likens our gut-brain connection to a circuit. “Our gut is a mirror image of our emotions,” he says. “We’ve all focused on the mode of delivery, how the baby gets through the birth canal and is exposed to the mom’s gut bacteria for the first time and that’s sort of the initial step in the programming, but people have not talked as much about what happens in the pregnant mother both in terms of psychological stress, but also in terms of dietary stress. Both of these will have an influence in the brain-gut interaction in the mother. What happens in the mother’s microbiome starts there. That low-grade inflammation will cross the placenta and get into the developing fetus and will affect brain development in the unborn. So, by the time the baby enters the world through the birth canal and gets the mother’s often compromised microbiome, it [the infant] already has changes in the brain that are not optimal.”

Whether an infant is delivered vaginally or via C-section, there are other things that greatly contribute to a baby’s developing gut health. Those of us who can, may jump into breastfeeding, which is said to aid development of the microbiome and immunity in newborns and contributes to a larger brain over time. While the quality of a woman’s milk seems to be a direct reflection of her diet, a mother’s milk is also programmed specifically for their newborn.

A molecule called oligosaccharides is the third largest component in human breast milk, yet is unable to be digested by the human gut. Dr. Mayer explains, “[Oligosaccharides] go down to the large intestine of the baby where the microbes break them down. It’s another programming step. Each mother has a unique set of these molecules. Despite many attempts by industry, it’s not been possible to synthetically make those molecules [in formula]. [They’re] one of the most important factors in the development in the infant’s microbiome…and the only food that has evolved strictly for the purpose of feeding the infant’s microbiota.”

“When they were invented, it wasn’t taken into consideration that, along with being life-saving medications because they kill bad bacteria, they also harm good bacteria (and) our most important internal regulatory system that is responsible for our health.”

FOODWhen we start our littles on solids at about five to six months, we’re suddenly at the mercy of Big Food. While food choices are important — a sweet potato is healthier overall than a white potato — it’s “kid food” that really matters. More and more bright-colored, sweet and tasty processed foods are churned out of factories, shoved into our clutching hands and packed into the lunchboxes we thrust at our kids as they walk out the door to school. Yogurt tubes are convenient, as are juice or flavored milk boxes. What would we do without individually wrapped snack crackers or cookies? It’s not the convenience that is a problem, or is it?

Dr. Mayer reminds us that, although we are highly skilled and knowledgeable in many areas, ultimately we have forgotten how to eat. With all this processed food thrown at us daily, every minute of every hour, it’s no wonder we are confused. Mayer has spent time with some of the remaining indigenous populations who haven’t lost their gut instincts.

We have removed the fiber in food and have injected it with sugar. Our food rarely makes it to our large intestine. It’s all digested in our small intestine and very little goes down to the microbes. According to Mayer, we’re starving our microbes.

THE PASTLike animals that have gone extinct, we have lost up to 30 percent of the species of bacteria that once dwelled in our gut. We may say we don’t need them anymore because we don’t face the same things our predecessors did. Perhaps we don’t, but with the rise in neurodegenerative diseases, obesity, allergies, autoimmune diseases, autism and mental health disorders, something is certainly awry.

With all this grim news, there is a picture of hope. In all stages of life, gut balance can be enhanced or restored. Giving our kids the best chance they can have is a priority, of course, but healthy changes in diet, sleep, healthy sunlight exposure, fermented foods, activity and probiotics are all things likely to help shape or reshape our microbiome.

Mix all ingredients together to marinate salmon.

Place salmon in marinade and let soak for 6 to 12 hours.

Grill or bake for 25 minutes, broiling for the last 2 minutes, if desired.

Garnish with sliced green onions and serve over rice or quinoa.

Katharine A. Jameson, a certified nutrition counselor who grew up in Williamsville and Townshend, writes about food and health for Vermont News & Media. For more tricks, tips and hacks, find her on Instagram: @foodforthoughtwithkat

When we’re young, we define dangerous activities as things such as untethered rock climbing, bungee jumping or swimming with sharks … without …