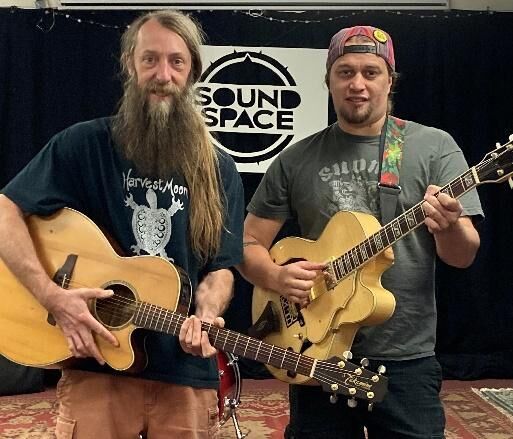 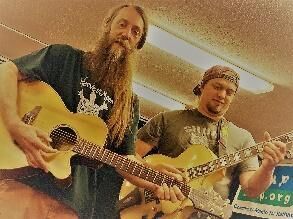 CHESTER — George Nostrand is returning to Chester for an acoustic performance with Krishna Guthrie at the Pizza Stone, 91 Pleasant St., Friday at 6 p.m.

Nostrand, who grew up in Bellows Falls, now lives in Rutland where he runs a rehearsal and recording studio called a Sound Space. He has played the venue many times solo and with his band George’s Back Pocket. But it will be a first for 30-year-old Guthrie.

“The Pizza Stone is certainly a venue that goes out of its way to bring in, and take care of quality artists locally, regionally and beyond. People come there for the amazing food and beers, but also expect to hear first class talent,” Nostrand said. “I’m excited that I get the chance to introduce Krishna to [owner] Darlene [Duane] and the local audience.”

Like all dedicated musicians, Nostrand said he’s happy to be getting back in his groove as Vermont returns to normalcy this summer.

“It feels amazing to be out in front of live audiences again,” he said. “I was lucky enough to continue to play sporadically through the pandemic at a couple places, but being back on a regular schedule where I can travel to different places and see new faces is fantastic.”

Speaking of new faces, the younger of the two musicians is relatively fresh to the Vermont music scene, but has performing in his blood — his grandfather Arlo and great-grandfather Woody Guthrie both found great success in the folk music scene.

Krishna Guthrie joined the family band at age 15 and has been playing and recording regularly at Nostrand’s studio since his arrival in the Green Mountains.

The two have joined forces live a few times before, and fill their acoustic sets with a combination of original music and covers. They often play each other’s tunes and viewers can expect just that at the Pizza Stone show.

“This is the third or fourth time Krishna and I have played together as a duo and it’s always fun. Even though we’re a generation apart, music spans that and many other gaps,” he said.

Nostrand added Guthrie is light-years beyond his age musically, with almost as much performing experience as Nostrand.

“Getting to play a duo with Krishna is a treat. While I’m the elder statesman, Krishna really has the chops both on the guitar and vocally. I’m doing my best to pass the torch to him and get him out performing as much as possible.”

Guthrie is a willing pupil.

“George has been helping me a bunch with booking tactics,” he said. “Not only has he opened the door to a bunch of new venues for me, he’s also been teaching me some of his tricks so that I can network and make new connections on my own. George is giving me the skills I need to be successful in the music industry!”

Nostrand also stressed that Guthrie is modest, works hard, and is by no means trying to ride his name or family history to fame.

“I believe it’s worth mentioning due to the profound influence Woody and Arlo have had on folk and other styles of music,” Nostrand said. “I’m always amazed that people don’t put two and two together when they hear his name. I’m certainly a bit of a nerd when it comes to music history, so I’m always a bit in awe when I think about Krishna’s background.

He continued, “That said, when we’re hanging out playing music, we’re just a couple hippies with guitars.”