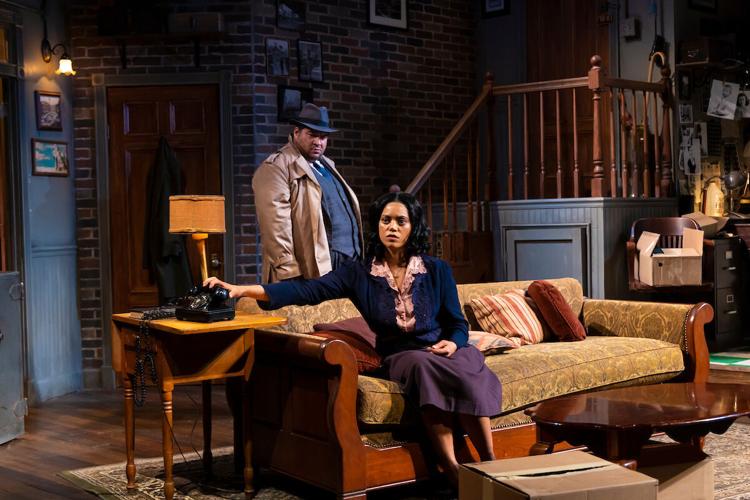 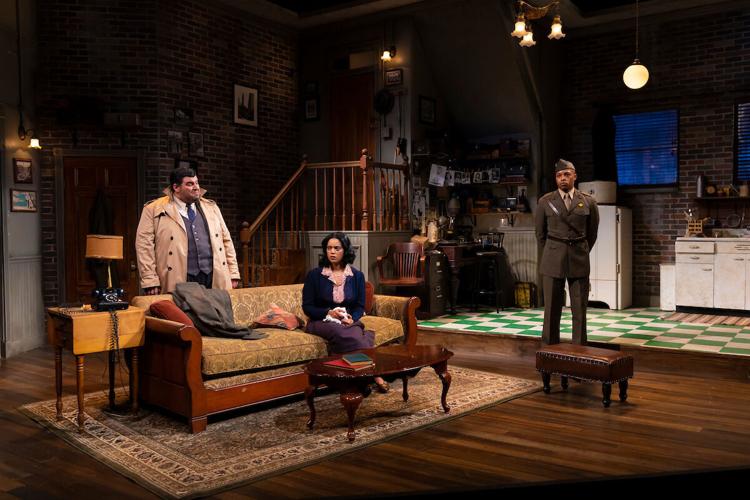 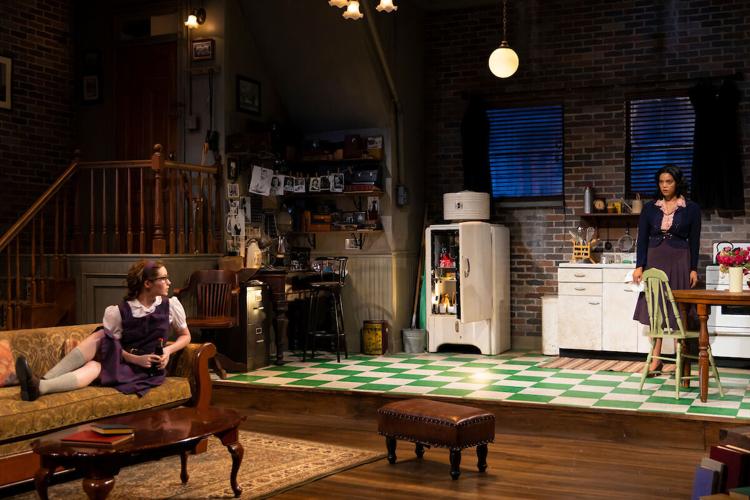 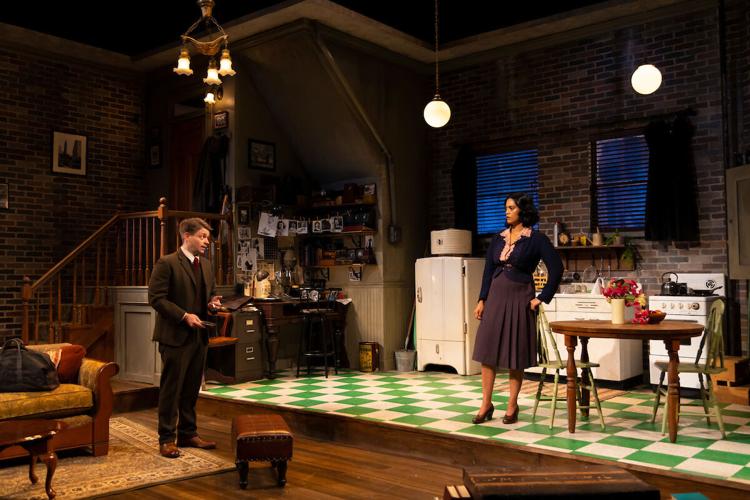 DORSET — After a canceled season and an abbreviated outdoor campaign last summer, Dorset Theatre Festival is back home to record crowds with a rousing Jeffrey Hatcher adaptation of Frederick Knott’s classic noir thriller, “Wait Until Dark,” directed by Jackson Gay.

The story revolves around two con artists, Carlino (Michael Barra) and Mike (Manu Kumasi), as well as a psychopathic killer Roat (Keith D. Gallagher) trying to swindle a blind woman, Susan (Sara Haider) out of a heroin-filled doll that is believed to be hidden in her apartment.

Susan’s husband Sam (Eric Gilde) is off to work and can’t help her, and the only one she has to turn to is her upstairs neighbor, the annoying teenager Gloria (Acadia Colen). As the clock ticks, the twists and turns — as well as the threat to Susan’s life — intensify. And that’s as far as we can take it without major spoilers.

Dorset artistic director Dina Janis, who has been nothing short of amazing since assuming the company’s helm more than a decade ago, sensed that a comeback to the playhouse required something classic, as well as compelling. Janis nailed the selection of this play, as the mid-run Thursday evening packed house was a testament to the hunger from audiences to re-engage indoors with live, in-person theater.

Director Gay had her charges primed by opening night, and their readiness to tackle Hatcher’s edition of this play was palpable from the very first on-stage movements and spoken words.

Suffice it to say the acting was top-shelf, and seeing a large cast performing was most welcome after the preponderance of two-handers forced on stage companies due to the constrained budgets which the pandemic wrought.

Colen, Gilde, Gallagher and Kumasi all had us on the edge of our seats with each convincing character portrayal, and additional mention must go to Haider’s gripping angst from the realm of human blindness, and Barra’s meme of a corrupt ex-cop torn from the pages of Raymond Chandler. Bravo to all the actors!

The standing ovation received by all of the above should also be conveyed upon the astoundingly noir scenic design of Christopher and Justin Swader, gritty costumes by Fabian Fidel Aguilar, mesmerizing lights by Paul Whitaker, drumming sound by Fitz Patton, intricate fight choreography and direction by David Anzuelo, and tight-as-a-drum stage management by Lori Ann Zepp.

As I walked into the playhouse from a beautiful Vermont evening, I was delighted to see Janis’ two stalwarts working the crowd, producing boss Will Rucker, and PR maven Ryan Koss. No Dorset season is complete without at least one mention of praise for these two Janis loyalists. The bottom line: Without them, the festival just doesn’t happen.

But let’s not forget why we are here. This play has a short run; indeed just a handful of shows left this week. From the world of crime which it successfully portrays, it would be a near-crime if you loved the theater, or even if you are just a visitor looking to spend a few entertaining hours, if you did not go see this play before it wraps.

The first class acting and production and venue that you will experience will reinforce the drive and passion inherent in the arts everywhere. That alone is worth far more than the price of admission, that is, if you can get your hands on this hot ticket.

“Wait Until Dark” by Frederick Knott, adapted by Jeffrey Hatcher, and directed by Jackson Gay, will run through Saturday at the Dorset Playhouse at 104 Cheney Road in Dorset. Masks are required in the Playhouse.