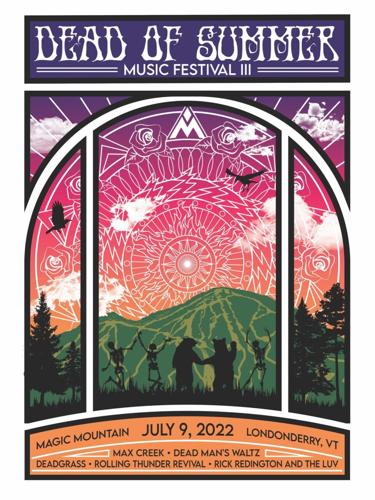 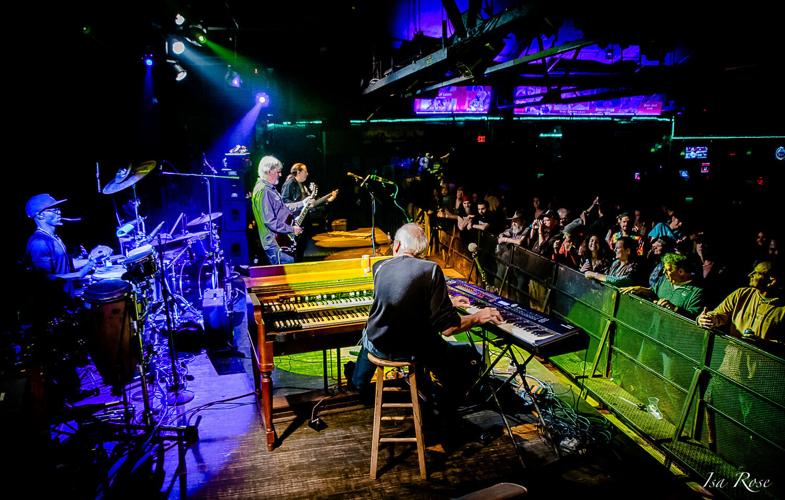 Max Creek will be headlining the Dead of Summer Music Festival. 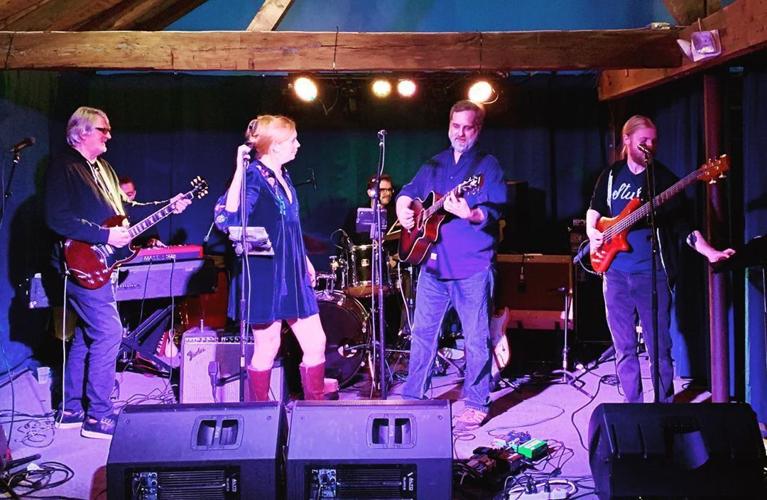 Max Creek will be headlining the Dead of Summer Music Festival.

LONDONDERRY — Dead of Summer Music Festival is coming in hot and gearing up to be the best yet.

In between will be jam sessions hosted by Redington in the EQX Jam Tent in the vendor village. Levy said the hope is that it will draw attendees to visit the vendors during set breaks.

The EQX radio station will be broadcasting its “Jam ‘N Toast” show from the concert field that morning.

If the event sells out, a little more than 1,200 people will attend. Currently, less than 200 tickets are still available. Tickets will not be available day of the event if they sell out online and carpooling is encouraged as parking lots will be at full capacity.

This marks the third Dead of Summer Music Festival. The event initially occurred in 2019 at One More Time in West Dover, then again in 2021 at Magic Mountain.

“It’s very exciting as a promoter to see something that started its first year with 250 people in a small field and then grow to over 1,200 people,” Levy said. “And I think it’s also exciting to bring a higher caliber of bands.”

Having seen Max Creek perform live for probably more than 30 years, Levy called it “a dream come true” to have the band headline the event.

Dead of Summer will have a diverse group of jam bands, Levy said. Rolling Thunder is a Bob Dylan tribute band, Deadgrass takes on string interpretations of Jerry Garcia tunes, and Dead Man’s Waltz plays covers of tunes performed by the Allman Brothers and The Band and Grateful Dead.

Max Creek had its 50th anniversary last year and this is guitarist Scott Murawski’s 50th year in the band.

The band’s original guitarist was Dave Reed. Murawski had met him years before when he was in elementary school and had taken trumpet lessons from him.

At first, Max Creek was basically a three-piece country rock band. When Murawski auditioned, they started playing a bluegrass tune.

“I started ripping these blues licks,” he said. “And they’re like, ‘No, no, don’t do that. You need to play major pentatonic not minor pentatonic.’ So they kind of turned me on to the whole bluegrass thing.”

Murawski said he was too young to join his bandmates when they went to see Grateful Dead in Watkins Glen, N.Y. When they returned, he said, they decided they could be “more electrified” but still do traditional songs such as Woody Guthrie’s “Goin’ Down The Road,” which the Dead also played.

When Reed left the band to go in another direction, the other members started improvising more. Back then, the “jam band” term didn’t even exist yet, Murawski said.

As other bands began to serve as tributes to bands like the Dead and the Rolling Stones, Max Creek was already writing and performing a lot of original material. Murawski said his group started removing some of the Dead covers and focused on its own stuff. That led to him branching out, listening to a lot of different styles to push the band in new ways.

Murawski said he always felt like he came from an “edgier” background than Garcia, citing Led Zeppelin and Johnny Winter as early influences. He later played in bands with Dead drummer Bill Kreutzmann and Phish bassist Mike Gordon.

Murawski described how over the years, the intuitiveness of Max Creek has grown and his bandmates can predict where the others are going. The band doesn’t tend to use a setlist when playing.

“Usually it’s just whatever feels right at the time,” Murawski said. “We’re always trickling in new material, and so that’s usually at the forefront of everything.”

At Dead of Summer, Murawski anticipates Max Creek will play a new original he wrote and a couple of new covers. Playing outdoors at a festival is “the creme de la creme,” he said.

“I love how it sounds out there,” he said. “I love being outside. I love playing to a festival crowd. So I mean, to me, it’s just, you know, we intuit as to what material we’re going to play and so hopefully it’ll reflect the vibe that’s currently happening.”

Murawski said the band is looking forward to having a good time.

“It’s gonna be a super fun day,” said Bill Carbone, drummer of Max Creek and Rolling Thunder Revival. “I just love summer, man. When Creek plays festivals all summer, they’re just joyful, man. Playing on outdoor stages, playing to big happy crowds in the sun and in the warm air, it’s just the best, you know, especially in the Northeast when you get such a small window to do it.”

Rolling Thunder Revival originated with Rob Stoner, onetime Dylan band bassist who served as a musical director during Dylan’s Rolling Thunder tours in the 1970s, and Carbone starting to play gigs together around 2014. Stoner has since left to pursue other projects.

Carbone said he loves how the band is a tribute to Dylan and appeals to the same audience interested in the musical energy of the 1970s.

“People who like the Dead a lot tend to like Dylan a lot, too,” he said. “Kind of the fun thing with Rolling Thunder is we do make sure to include a handful of the Dylan songs everybody knows but there are hundreds of awesome Dylan songs that are so good and you’ll really only hear them if you’re into Dylan and start digging into the albums, you know.”

Carbone anticipates playing “Tough Mama.” But he didn’t promise the band would perform “Tangled Up In Blue,” because another group might also cover the song if the act involves songs from Garcia’s repertoire.

“I think you can count on it being a fun set,” he said, “like pretty rocking, bopping, strong songs.”

When Carbone was a kid, he saw Dylan in concert. He said it felt like Dylan played 700 songs and he only knew two of them.

About 10 years ago, Carbone really got into Rolling Thunder bootleg recordings, which have now been officially issued. The era encompasses music recorded after Dylan had The Band backing him and included Stoner as bassist.

Carbone said he went from being a casual to a hardcore fan.

“The energy of those bootlegs,” Carbone said, “they just, like, lifted me off my feet. I couldn’t believe how strong the songs were and how beautifully the band was playing them.”

Carbone has been in Max Creek for 11 years now. Since COVID-19 messed with the band’s 50th anniversary last year, he said, “we’re just gonna keep celebrating 50 for a while.”

“It’s so much fun,” he said of playing in Max Creek. “I think the band is playing really, really well right now. It’s just awesome, man. It’s so much fun to get to join a band. It’s already got so much chemistry and then now that I’ve been in it a decade, I don’t feel like the new guy anymore. You know? So it’s pretty cool.”

Most members of Rolling Thunder are from Connecticut and Max Creek is split between there and Massachusetts, with one member in Maine.