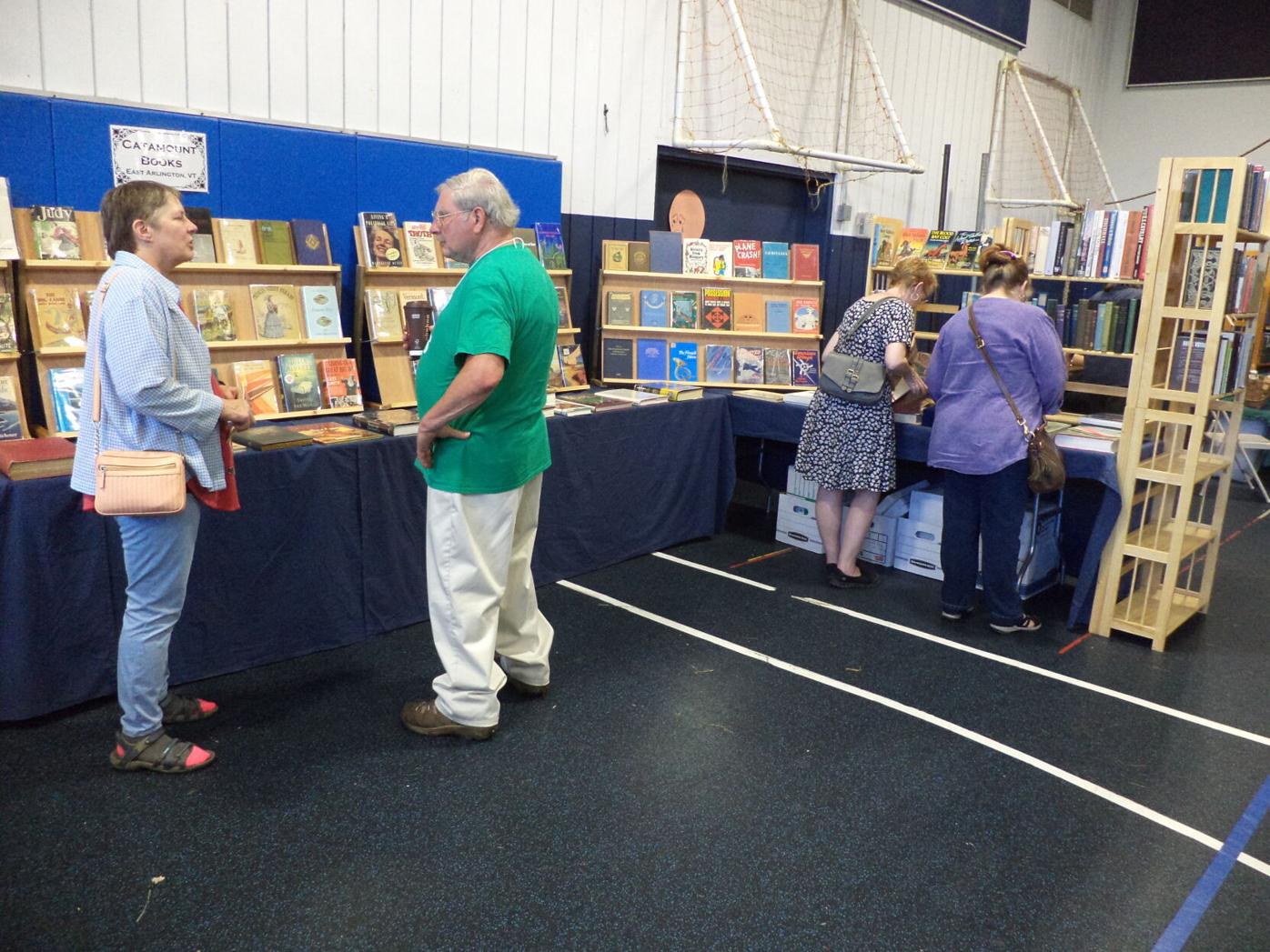 A scene from the 2019 Vermont Summer Book and Ephemera Fair, held in Bennington. The fair returns on Aug. 8 for its fifth anniversary after a COVID-caused cancellation in 2020. 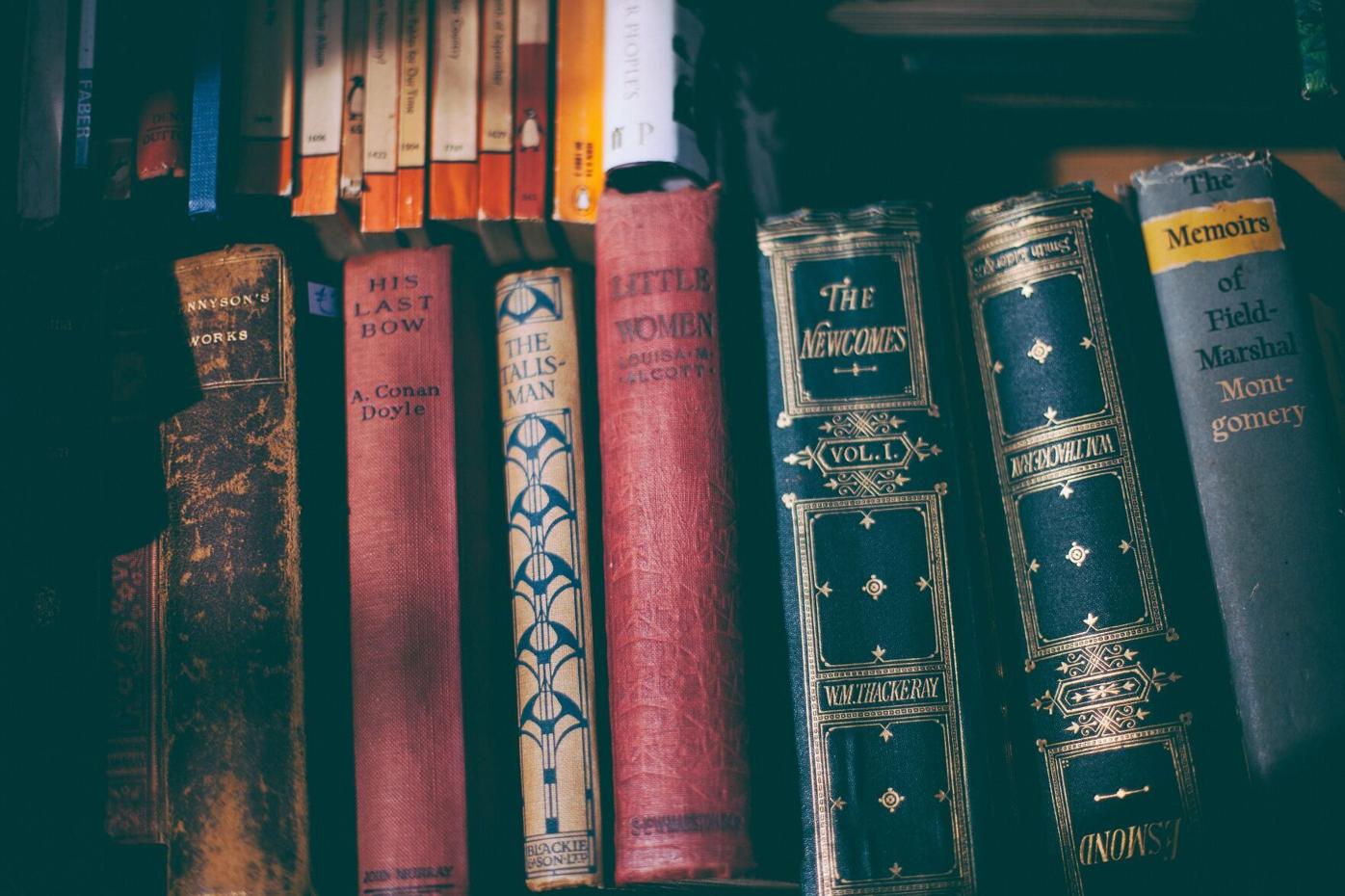 Old books on a shelf.

A scene from the 2019 Vermont Summer Book and Ephemera Fair, held in Bennington. The fair returns on Aug. 8 for its fifth anniversary after a COVID-caused cancellation in 2020.

Old books on a shelf.

Editor’s note: The writer is a longtime Vermont Antiquarian Bookseller’s Association member who neither participates in its fairs, nor received compensation from the association for this article.

BENNINGTON — “When I have a little money, I buy books,” the Renaissance philosopher and scholar Erasmus once wrote, “and if I have any left, I buy food and clothes.”

Apparently a group of select booksellers wants you to channel your inner Erasmus, and after a two-year COVID-induced absence, they’ll revive the Vermont Summer Book and Ephemera Fair on Sunday, Aug. 8 in Bennington.

The event, which is sponsored by the Vermont Antiquarian Bookseller’s Association, will be held from 10 a.m. to 4 p.m. at Grace Christian School.

This edition of the fair will be the fifth consecutive time it will be held in Bennington. Typically, the Vermont Antiquarian Bookseller’s Association holds two book fairs a year: one in northern Vermont, and the other in the south.

One of the fair’s managers, John Hess, owner of Catamount Books in nearby Arlington, said that so far, about a “dozen book and ephemera dealers will have booths at the fair,” all carrying a variety of “past treasures, to include maps, postcards, letters, prints and other such gems.”

“This year we’ll also have an expert bookbinder, and Vermont mystery writer Jim Hudgins, who will be selling and signing copies of his books,” Hess said.

Hess added that not all the dealers are from Vermont. New Jersey and Massachusetts will also be represented.

“Various booksellers bring their best, most interesting materials and display it for sale,” Hess said. “All books are priced but the price can usually be negotiated, but sometimes not. You could wait until the end of the fair and possibly get a great deal, but that item might be sold earlier in the day.”

Patty McWilliams, owner of Hermit Hill Books in Poultney, spoke to the anticipation of all attending book lovers to reconnect in person after being forced to stay away from public events in 2020 and the first half of this year.

McWilliams recalled her own bookstore’s COVID crucible and spoke to how the public’s love of books helped it survive.

“We had to close for two months, but still did curbside, special orders and deliveries,” McWilliams said. “I reopened in May of 2020, and business wasn’t great, but better than expected. There were a couple of state and Chamber [of Commerce] buyer incentives, which helped bring people in.”

So far, McWilliams continued, 2021 has been very good. She explained that “people are out again, and spending money.”

“I love having people in the store,” McWilliams said. “It’s the love of books and witnessing how every person interacts with the books, the shop, me and all my animals that makes it so special. I’m hoping the book fair will draw more people, because everyone is so ready to be out. We’re social creatures, after all.”

Donna Howard, who owns The Eloquent Page in St. Albans, will make one of the longer treks within Vermont to set up wares in Bennington. She agreed with McWilliams, noting the positive synergy of “book people” with similar passions.

“For me, a book fair is a chance to meet a large number of fellow book lovers at once,” Howard said. “I meet booksellers, collectors, librarians and people who just love books. Everyone I meet knows something that I do not.”

Howard explained that she spends the entire fair talking to people and learning new things. This could include a new title or author, how to identify a particular style of binding or an illustrator she had never seen.

Hess, who said he weathered the COVID storm by transitioning exclusively to internet sales since early in 2020, nodded his head when informed of Howard’s assessment, adding that “you don’t have to be some stuffy, Hollywood image of a book collector to enjoy the fair.”

“To the contrary, it’s a pretty fun, laid back event to visit for just the casual shopper or anyone who might consider themselves more of a rookie collector,” Hess said.

The veteran bookseller added that he is urging people to just “come and see what it’s all about.”

“I just had a chat with a friend who’s never been to a book fair, and encouraged her to stop by,” Hess said. “You may not buy a thing, but you’ll be exposed to the endless possibilities of book collecting.”

And almost echoing his colleagues, Hess emphasized how “people coming together in person over books is really what we’re doing,” especially in Vermont. He noted that Bennington County has emerged from the pandemic as “arguably the safest place in the nation to be out enjoying a weekend.”

“Seeing the beauty of books as works of art, as well as for their content, lights up that passion for collecting in many people,” Hess said. “Just come and browse and share stories of life with us. It’s what we love to do.”

The 2021 Vermont Summer Book and Ephemera fair will he held from 10 a.m. to 4 p.m. on Sunday, Aug. 8 at Grace Christian School, 104 Kocher Drive, Bennington. Admission is free. Masks not required for fully vaccinated visitors, required for those not vaccinated. More information is available by calling 802-282-9769 or online at vermontisbookcountry.com.