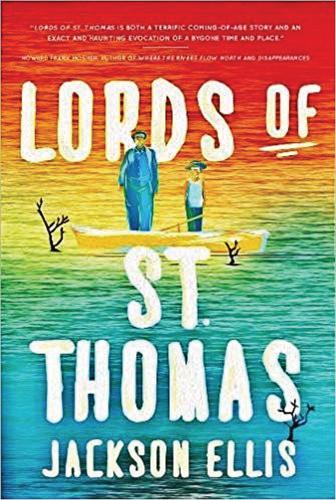 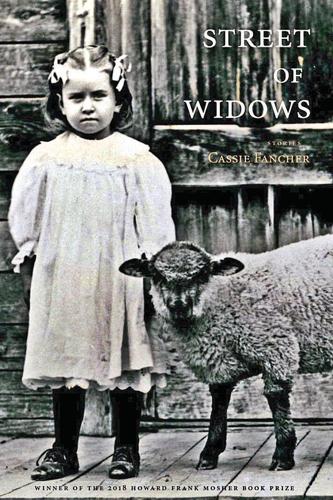 Though it is 42 degrees and a frigid rain is falling here in central Vermont this morning, summer is only a few days away and the perennial question looms: What should I read this summer at the beach, in the mountains or during those long light-filled evenings in the garden?

If you have worked your way through the latest bestsellers and that stack of old Lee Child and Robert B. Parker books — and you've decided that "Moby Dick," "Middlemarch" and "Bleak House" can wait yet another year — consider reading two prize-winning books published by Green Writers Press: "Lords of St. Thomas" by Jackson Ellis (2017) and "Street of Widows" by Cassie Fancher (2019).

These books are the first two recipients of the Howard Frank Mosher Prize, awarded to a novelist or short story writer from Vermont whose first book focuses on themes that resonate so well with Mosher's work: Love, friendship, forgiveness, nature, Vermont, solitude.

The prize was endowed and is conferred annually by Green Writers Press, a small but influential publisher in Brattleboro. The Press created the Howard Frank Mosher Prize in memory of Mosher (1942-2017), whose 10 novels and two travel memoirs are set in Vermont's Northeast Kingdom. Mosher's works paint vivid portraits of the colorful inhabitants of rural Vermont's small towns in the early to mid-20th century.

The books by Ellis and Fancher are worthy successors to Mosher's brilliant story telling.

In "Lords of St. Thomas," Ellis brings us to 1930s Nevada, where Henry Lord is a young child growing up in the desert town of St. Thomas. When President Calvin Coolidge signs the Boulder Canyon Project Act in 1928, the neighbors sell their land to the government and move, but our narrator's grandfather refuses to abandon his home. Ignoring all attempts by the government to buy him out, Lord stubbornly clings to the notion that Lake Mead will never reach his house, and leaves only when the floodwaters reach knee-height in his living room.

In a fine touch, the story is told in a flashback by 76-year-old Henry, who reads in a Las Vegas newspaper that his old home has become uncovered after more than 50 years by the drought-driven drop in Lake Mead. He returns to St. Thomas and we learn the history of the Lords of St. Thomas and the tragedies that befall the family.

This is a great story and one that I found hard to put down, reading it from cover to cover during a quiet rainy evening. Ellis vividly evokes place and person in a style that Mosher himself admired enough to write a highly complimentary blurb for this book shortly before his death in 2017.

Fancher's short story collection, "Street of Widows," is not a lighthearted summer read. Fancher writes about women and their losses. Husbands go off to war or a routine day at work and don't return; brothers drown; aunts, mothers and fathers die; pets (lambs, fish, dogs) die — you get the idea.

Reading this book would be a major downer but for the fact that Fancher writes so beautifully. Her themes of home, loss, memory, relationships and family are universal, and she gives them life and meaning with her detailed, vivid descriptions of place and person.

In my favorite story, the eponymous "Street of Widows," we meet Elsie, whose husband is dying of silicosis from working in the granite quarries. Elsie in turn meets Louise, whose husband has also died from silicosis and whose son has lost a leg in a farming accident. Poverty and illness surround the women, but there is a resilience that enables survival as a group gathers weekly in Louise's home to drink wine and sing, "their voices rising to meet one another."

Ultimately, Fancher's stories are about survival and redemption. One might think the old saying, "Life stinks and then you die," is its unifying theme. But Fancher's characters find the inner strength, the community or the purpose that enables them to carry on. Fine writing about difficult topics makes this a worthy Mosher Prize recipient.

Howard Frank Mosher, Jackson Ellis and Carrie Fancher: all Vermont people who heighten our awareness of life's challenges and suggest a way through them. Reading the work of any or all of these writers or from Green Writers Press would be a fine way to spend your summer reading hours.

Michael F. Epstein is a retired physician who reads and writes in Cambridge, Massachusetts, and Brownsville. He can be contacted through his website EpsteinReads.com where you will also find more than 1,000 book reviews to answer the question, "What should I read next?"