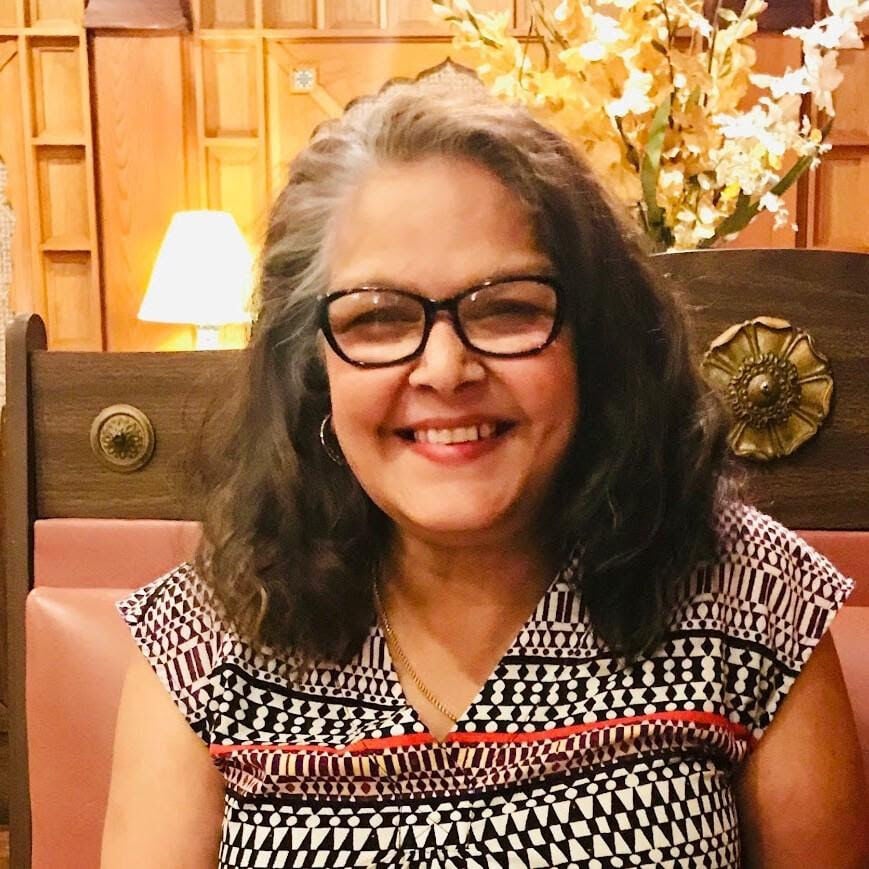 Shanta Gosh from Corner of India will be serving up traditional dishes on Saturdays through the summer in the courtyard of the Bennington Museum. 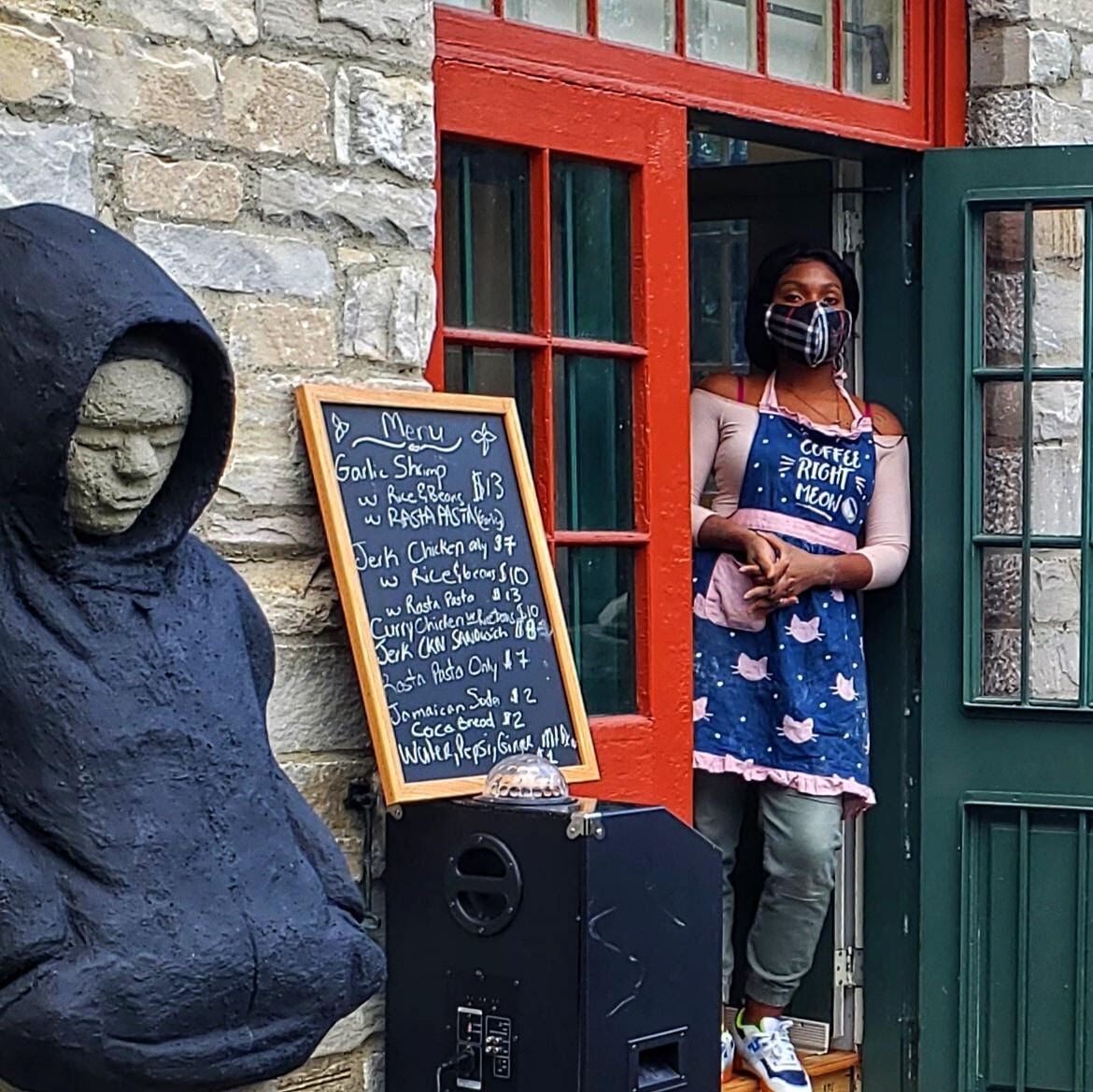 Shanta Gosh from Corner of India will be serving up traditional dishes on Saturdays through the summer in the courtyard of the Bennington Museum.

BENNINGTON — Bennington Museum’s summer courtyard series, launched in 2020, continues this year with a return of the popular Friday night concert series, and food served by local chefs all weekend long throughout the summer.

Twelve regional artists will perform on fourteen Fridays, beginning June 4 and running through Sept. 3. These concerts will take place between 5 and 7 p.m. and are free of charge to the public, thanks to an anonymous grant.

Visitors must wear masks in accordance with Vermont regulations and are encouraged to arrive early and bring their own lawn chair if they would like to claim a seat inside the courtyard gates, as occupancy will be limited.

The Concerts in the Courtyard series was launched last summer in response to COVID restrictions. Over the course of the summer, more than 450 people visited on Friday evenings to explore the outdoor exhibits, enjoy food by the Avocado Pit, and just relax in the shade of the elm and be socially distant yet connected while listening to some great live music.

“It reminded us all of what normal times could feel like,” the museum’s director of advancement, Alexina Jones, said. “Everyone was very respectful and followed the COVID safety protocols we had in place, but the sense of joy and excitement to be out with other people and around live music was palpable.”

Although alcohol will be served in designated areas, these are family friendly events. The Museum ABCs program will provide children’s activities on Fridays during Concerts in the Courtyard. Kids of all ages will find a fun makerspace in the pavilion to create art based on art and objects featured in the museum. Activities will be provided free of charge, with a suggested donation to support the purchase of art supplies.

On Saturdays and Sundays from June 5 through Sept. 5, the museum will welcome two home caterers to the courtyard from 11 a.m. to 3 p.m. Back by popular demand, Rachel Hnam, owner of R&D Island Taste, will serve authentic Jamaican cuisine on Saturdays — dishes such as Rasta pasta, jerk chicken Sandwiches and garlic shrimp. On Sundays, Shanta Gosh from Corner of India will take over the space, serving up delicious Eastern dishes — samosas, chickpea masala, vegetable biryani and other dishes.

Museum hours for the summer are 10 a.m. to 4 p.m. Friday through Monday, with extended hours on Fridays for the Concerts in the Courtyard series.

CONCERTS IN THE COURTYARD

The following is the schedule for Bennington Museum's 2021 Concerts in the Courtyard series. Concerts will be cancelled in the event of a 60 percent chance of rain by 2 p.m. on Fridays.

The Bennington Traditional Jazz Band plays dixieland, French-inspired small combo jazz, and a wide variety of pre-1950 American standards with a high energy, exciting style perfect for every occasion. With one foot planted firmly in the southern dixieland tradition and the other in the Tin Pan Alley/ American Songbook, the BTJB presents a dynamic mix of hip, rhythmic complexity coupled with nostalgic, old-tyme melodies. Drawing from the best of both traditions, the BTJB features well-known local talent.

Mike McMann is a native of New York’s Capital Region currently living in the foothills of the Berkshires. From classic rock to bluegrass, roots music to acoustic instrumental, Mike has a wide range of styles. He’s played guitar for 35 years in such bands as The Tropical Hotdogs, Kenny Gwyn Band, the Kim Buckley Band, the Doornails, the Nellies and the Mike McMann Band. This rock trio plays a mixture of classics from the 60s, 70s and 80s as well as originals. His band is a favorite at VT ski resorts.

Patrick Sargent was born in Phoenix, Arizona, grew up in Concord, New Hampshire and now resides in Sunderland, Vermont. An avid lover of music from an early age Patrick started playing music at three years old as well as doing theater and writing novels. After having gone through some ups and downs Patrick dedicated his entire life to music playing original songs and covers. Somewhat of a multi-instrumentalist Patrick plays bass, drums, guitar, and sings. Most known for his guitar skills and unique voice, Patrick is excited to finish up work with the local Old Mill recording studio and start playing shows this summer.

June 25: Robanic with the Caribbean Sounds

The only authentic reggae band in upstate New York, ROBANIC plays a wide and colorful range of Caribbean music including old school reggae, traditional rock-steady, ska, and calypso. Led by Aston (Robot) Ellis (bass, vocal , steel pan and band leader), the ensemble is made up of four very talented musicians with decades of experience.

Harnessing over a decade of song writing and performing – KWILLEO builds a sonic bridge between Earth and its inhabitants. KWILLEO is the project of singer/songwriter, Olivia Quillio, who found themselves in different creative territory after taking a hiatus to heal. With song, KWILLEO lulls you into the still rest of the unknown. Their debut album, Earthside, is to be released this spring.

Golfstrom performs an eclectic mix of 1930-60’s folk and pop songs with origins ranging from Russia, to France, to Mexico. The group was nominated for a 2019 and 2020 Eddie Award.

The Deena Chappell Trio is a high energy group that plays original music along with some favorite rock and roll covers.

Heard is a collective of musicians that bring their skills and passion for world music, jazz and improvising together to create irresistible grooves set in a unique sonic tapestry. Together for a decade, their vibrant sound incorporates influences from West Africa, Brazil, the Caribbean and beyond. Their debut CD Karibu reached #15 on the WorldJazz charts and 2018’s daring Flyway is similarly garnering much critical acclaim.

Zak Hampton on tenor saxophone brings together a talented group of musical friends from across the region to bring high energy jazz music for any occasion. Performing youthful takes on classics from Duke Ellington and Frank Sinatra, to Miles Davis and John Coltrane, Moose Crossing is the go-to group for the jazz connoisseur. In addition the group performs original jazz and funk music along with more contemporary takes on tunes from The Doors, Bruno Mars, and The Beatles.

Mark and Jill meld their vision and talent for a taste of New Orleans meets Austin. This is where the Delta meets the Rio Grande. Over a haunting slide guitar their voices soar and blend in harmony. Mark and Jill bring a fresh original interpretation to the earliest roots of the blues. Their original songs deal with both the hard realties of life and the joys of being alive. They were the winners of the Capital Region Blues Network competition and competed in the International Blues Challenge in Memphis January 28, 2020.

Kevin McKrell pioneered Celtic music beginning in 1979 with Donnybrook Fair. The original trio’s 1982 album Tunnel Tigers remains a landmark of the form, with its blend of Clancy Brothers swagger and upstate NY attitude. McKrell honed his powerful performance style further in the 80s with The Fabulous Newports, a rambunctious harmony group known as much for its antics, cut-up comedy and long list of eventual members as for its sweet singing.

Big Stone Gap is a fun, high energy, bluegrass and old-time band based in Cambridge, N.Y. Featuring a violinist from Glens Falls Symphony and a violist who is a PHD lecturer in music at RPI, as well as a rhythm section of bass, guitar and mandolin comprised of seasoned local musicians.