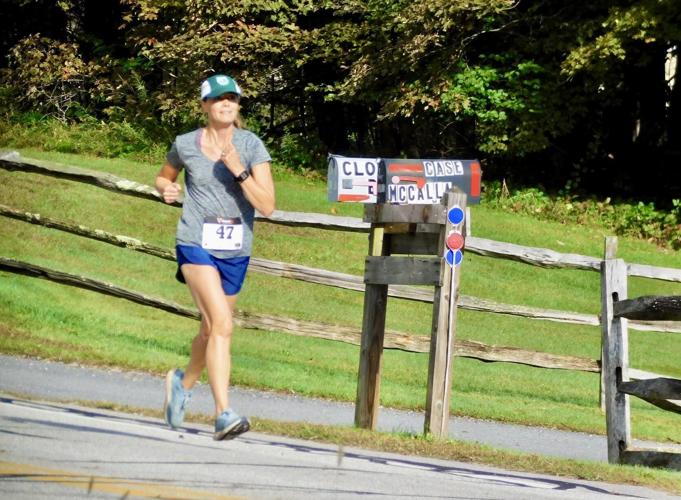 Guilford resident Melissa Stewart has been running on a regular basis for the past five years. 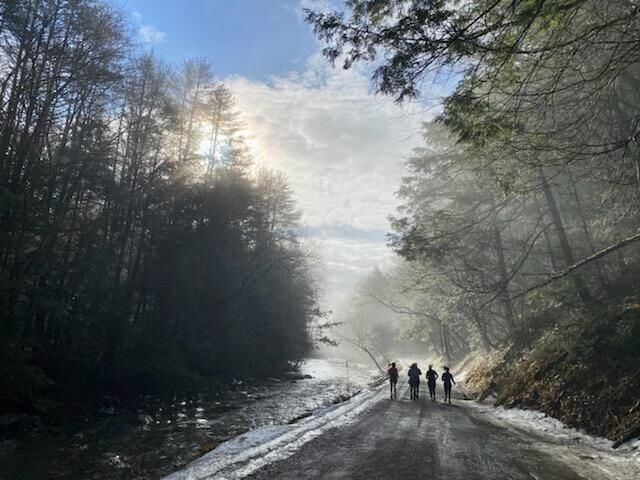 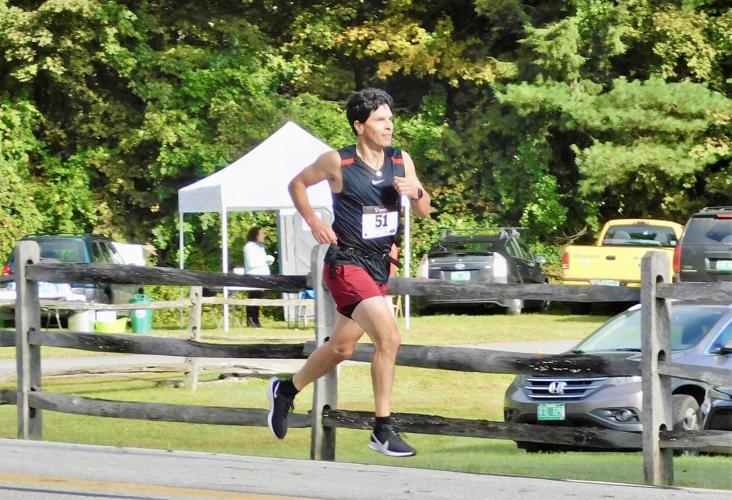 Jack May, of Guilford, runs in the Maple 5k last year. 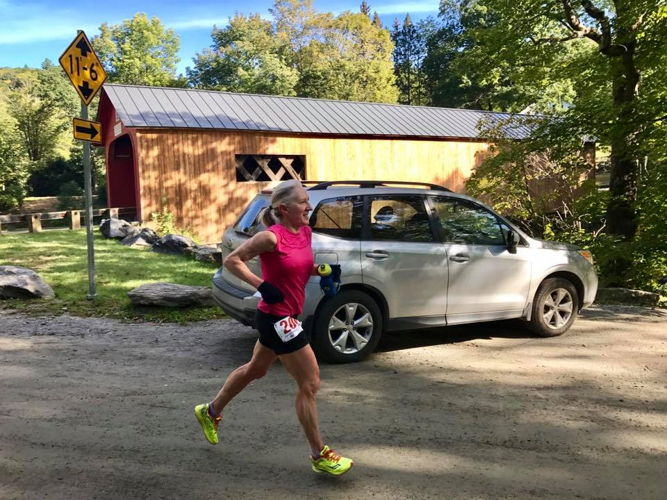 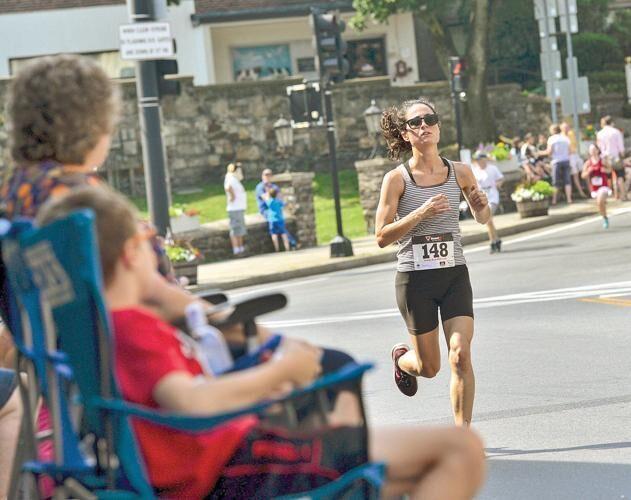 Gena Mangiaratti nears the finish line during her first Firecracker 4-Miler in 2019.

Guilford resident Melissa Stewart has been running on a regular basis for the past five years.

Jack May, of Guilford, runs in the Maple 5k last year.

Gena Mangiaratti nears the finish line during her first Firecracker 4-Miler in 2019.

BRATTLEBORO — We know the reasons that Rocky Balboa and a cartoon character named Road Runner do it, but why are so many local people running?

“I would just say if nothing else, it’s a way to get outside and experience where you are, and feel the elements on your skin, for better or for worse,” said Brattleboro resident Gena Mangiaratti, 31. “It helps me feel like no day is wasted.”

Guilford’s Julianne Eagan, 49, runs about 30 miles per week. She gave up wearing a running watch over 10 years ago, now just enjoying her time outside and away from the screens and stress of day-to-day life.

“There is something so calming about the rhythm of my feet hitting the road and the expansion of my lungs as I struggle to work my way up the hills of Guilford,” she said. “Over the last years, I have run with my own sons, my dear friends, and my partner Walter, and feel that our time running on the Vermont roads together are among the most rejuvenating moments of my week.”

You may have seen her participating in the Turkey Trot on Upper Dummerston Road or competing in a Firecracker 4-Miler.

“There is something incredible about how running affects my mood. I can’t explain exactly what I think about during a run or where the conversation with a fellow runner may go; however, at the end, I often feel more positive and hopeful in general and can see solutions to very complex problems that weren’t present before. It’s a lot like meditation for me, and I am so grateful that my father Peter Eagan introduced me to this sport so many years ago,” Julianne added.

Donna Smyth, 62, has been hooked ever since she won the 400-yard dash during field day when she was in junior high. She would go on to run track at Holyoke High School and then at UMass Amherst.

“Running provides me an opportunity to explore the outdoors and appreciate the environment. I have had many opportunities to explore country roads, wooded trails, mountains, and even slick rock and desert. I truly think that I was born to run,” the Vernon resident said.

When asked about the benefits of running, she listed such things as a healthy heart and lungs, positive self-image, increased self-esteem, and an opportunity to think through life’s problems.

Jack May, 52, of Guilford, was a six-time winner during the 2021 Brattleboro Fun Run Series. In Week 8, he had the fastest time in three of the four races offered.

“I am a runner. It’s a big part of my identity. I wouldn’t know who I was if I didn’t run,” he explained. “I certainly enjoy the time I spend on the road. I count on it as a way to stay fit. I really love races, too. I get a thrill from the competition of running.”

He is one of the most popular male runners in the area over the years, joining the likes of Dave Johnston, Al Libardoni, Hank Lange, Fred Ross, John Dimick and Rob Lind.

Melissa Stewart began running on a regular basis five years ago, wanting to join in on the races that her husband and son were competing in each weekend.

“Running is very good for my mental health. Running has helped reduce my anxiety a lot. Any problem seems smaller after a run,” said the 47-year-old from Guilford. “I like having a goal, so every summer I make a new one. Last year, I ran my first half-marathon.”