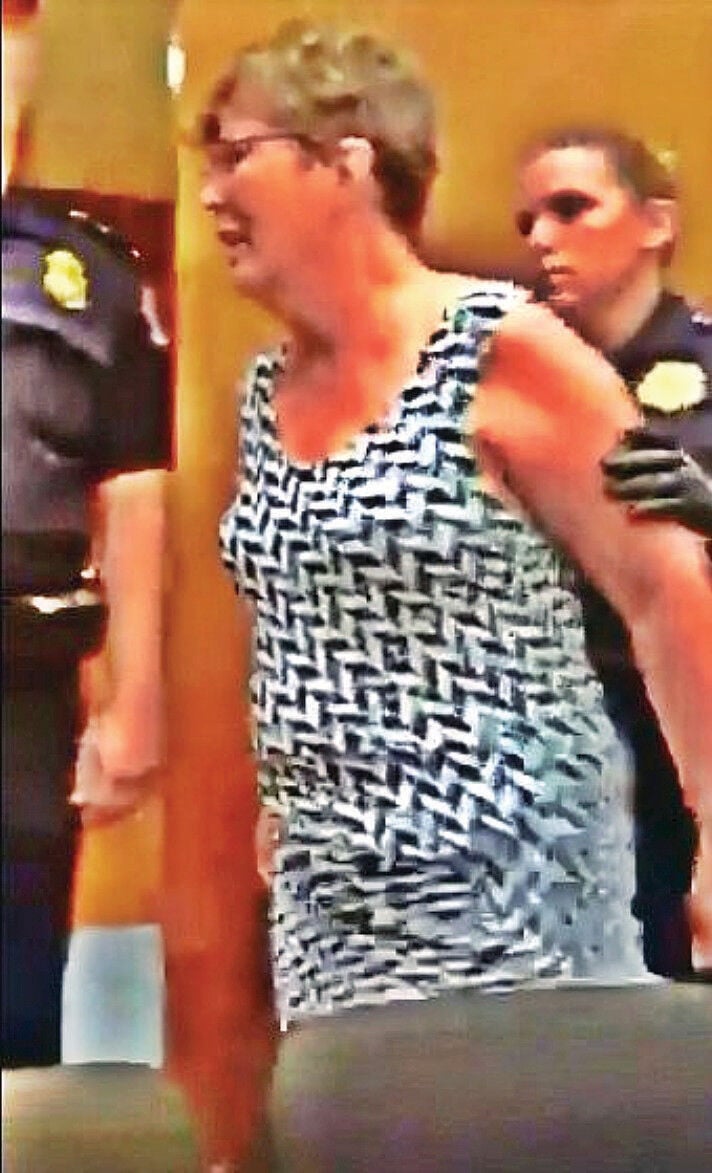 Vickie Lampron of Bennington is escorted from the Supreme Court confirmation hearings for Brett Kavanaugh in Washington, D.C. on Tuesday. 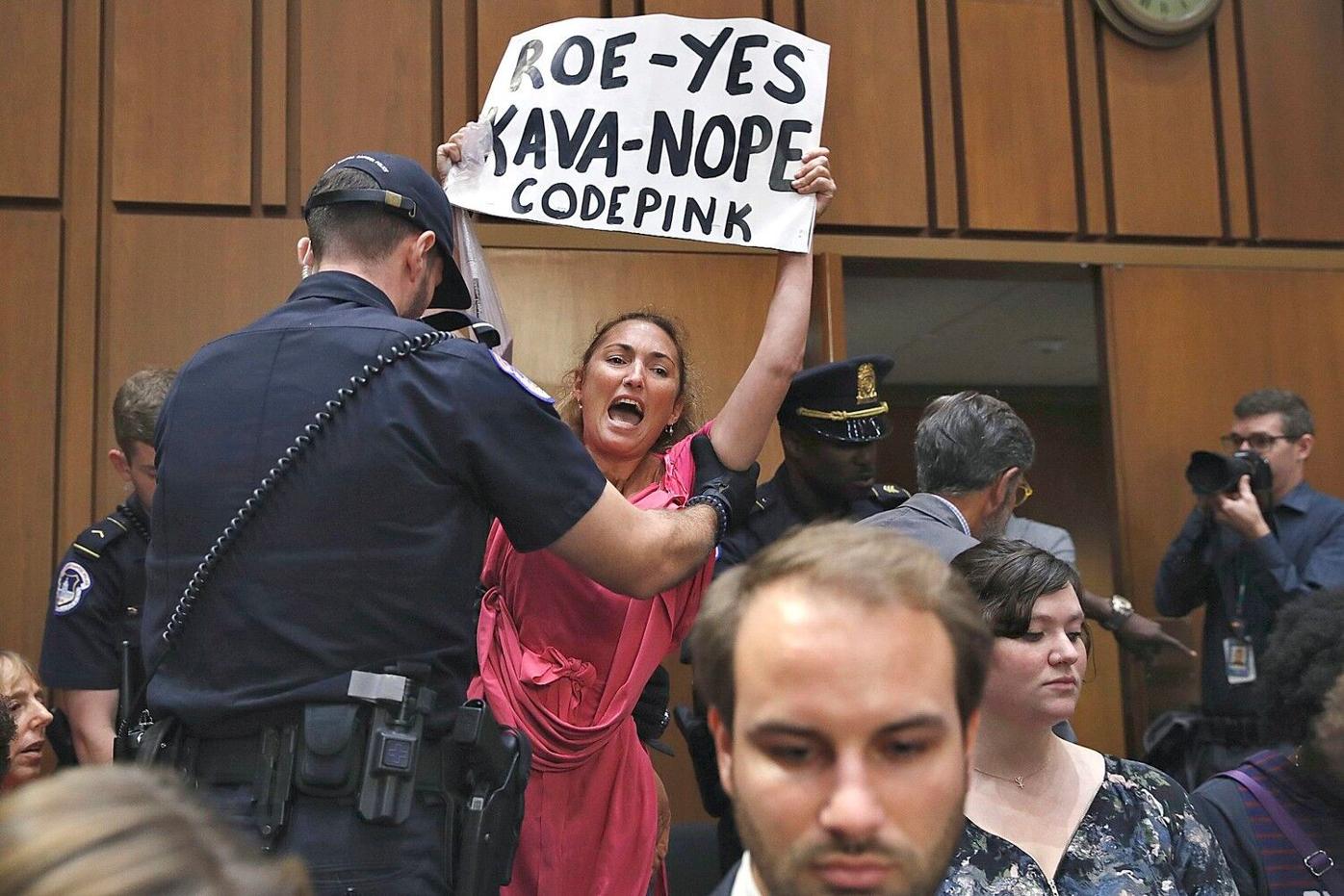 An unidentified woman stands and voices her opposition to Supreme Court nominee Brett Kavanaugh, during a Senate Judiciary Committee confirmation hearing on his nomination for Supreme Court, on Capitol Hill on Tuesday in Washington.

Vickie Lampron of Bennington is escorted from the Supreme Court confirmation hearings for Brett Kavanaugh in Washington, D.C. on Tuesday.

An unidentified woman stands and voices her opposition to Supreme Court nominee Brett Kavanaugh, during a Senate Judiciary Committee confirmation hearing on his nomination for Supreme Court, on Capitol Hill on Tuesday in Washington.

"I said, 'I applied for a job at a laundromat and had to do a background check,'" Lampron, of Bennington, said Wednesday. "Have you ever gotten a job with no interview?" The reference was to the lack of access to documents from Kavanaugh's time in the administration of President George W. Bush. "I have a pretty big voice, so I'm pretty sure he heard me."

When Lampron later rose to her feet to shout, "Hell, naw, Cavanaugh!" she was grabbed by the arm by U.S. Capitol Police and removed from the Judiciary Committee hearing room, as she knew she would be.

What followed her arrest was three hours of detention in handcuffs in a processing center set up in a parking lot on K Street, at the end of which she was allowed to go free. "They were processing people in a hurry. There were so many of us," she said in a telephone interview from Washington, D.C.

Lampron was one of an estimated 80 people arrested Tuesday for disrupting the confirmation hearing for Kavanaugh, nominated by President Trump to fill the vacancy created by the retirement of Associate Justice Anthony Kennedy.

"Putting your body on the line takes a lot of forethought, and asking yourself, 'If I don't do this, who will?'" she said.

A half-dozen members of the Vermont-based group Rights & Democracy, including Lampron, headed to the nation's capital on Monday to protest the Kavanaugh hearings. They joined roughly 1,000 other activists from The Women's March and the Center for Popular Democracy, said Kate Lapp of Williston, also with Rights & Democracy.

Lapp described how people waited for three hours in line in sweltering heat for a 20-minute turn to witness the hearings. Some were there to watch; others, like Lampron and at least two other R&D members, were there to raise their voices and risk arrest.

"We're going to use everything in our power — our bodies, our voices — to really show the Senate that Brett Kavanaugh is a threat to our future," Lapp said. "We will risk arrest, and we will be uncomfortable to stand three hours in the heat."

Lapp and Lampron said their opposition to Kavanaugh is centered on the his record on migrant rights, health care, and reproductive rights. Lampron said she is particularly concerned about the possible overturning of Roe v. Wade. "I have four granddaughters — I'm always thinking of them," she said. "This is for them."

Both women said they are optimistic that their demonstrated opposition to Kavanaugh's appointment will lead to the rejection, or at the least a delay.

"We're a large group, and feel very strong and passionate about what we're doing. We're feeling really empowered and energized by old friends and wonderful grassroots leaders who are supporting us," Lapp said. "Having our voices heard is definitely impactful."

The group plans to continue its protests in Washington until Friday, when the Senate goes on recess.