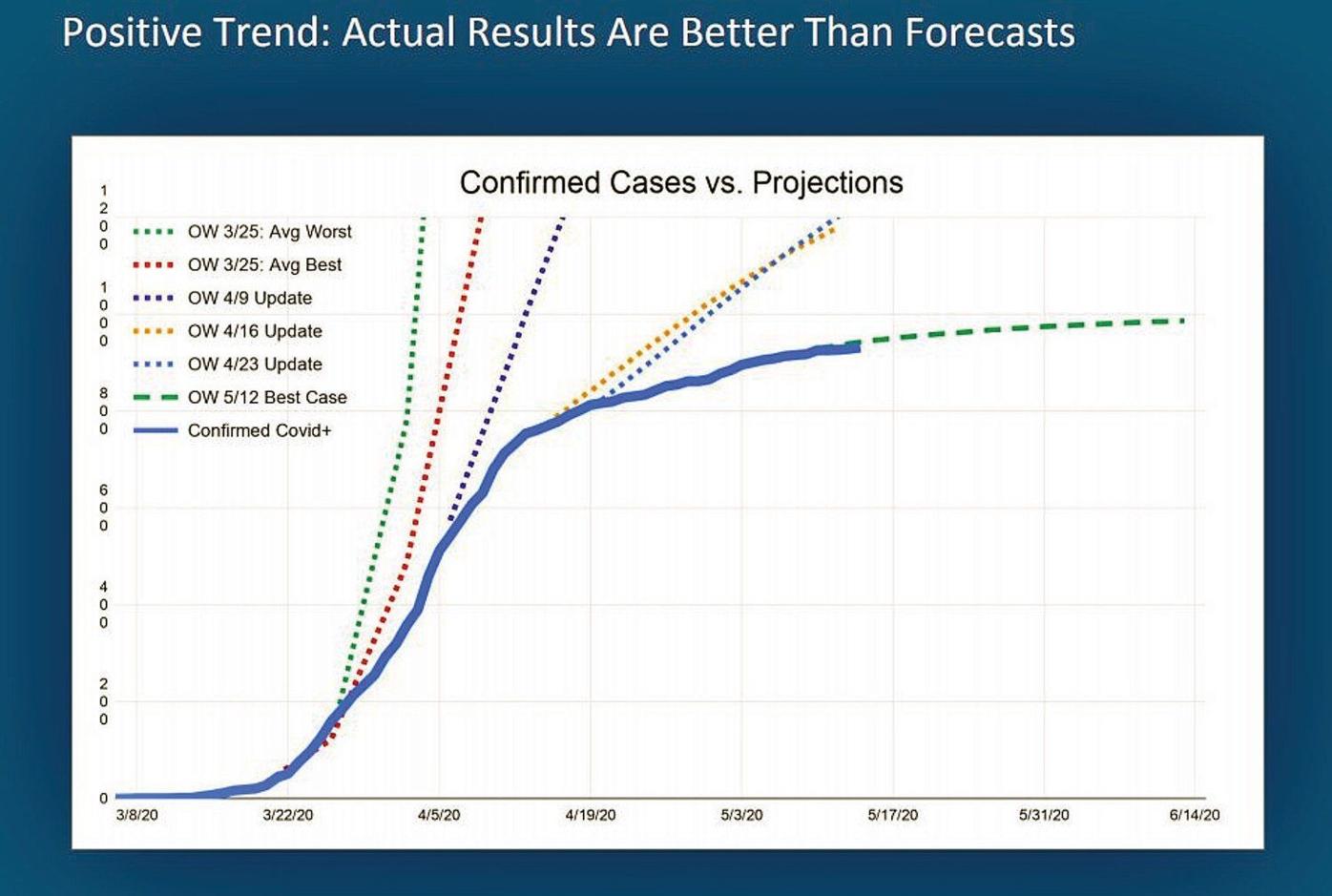 This chart, provided by the state of Vermont, shows how confirmed COVID-19 cases in the state are trending better than had been forecast. 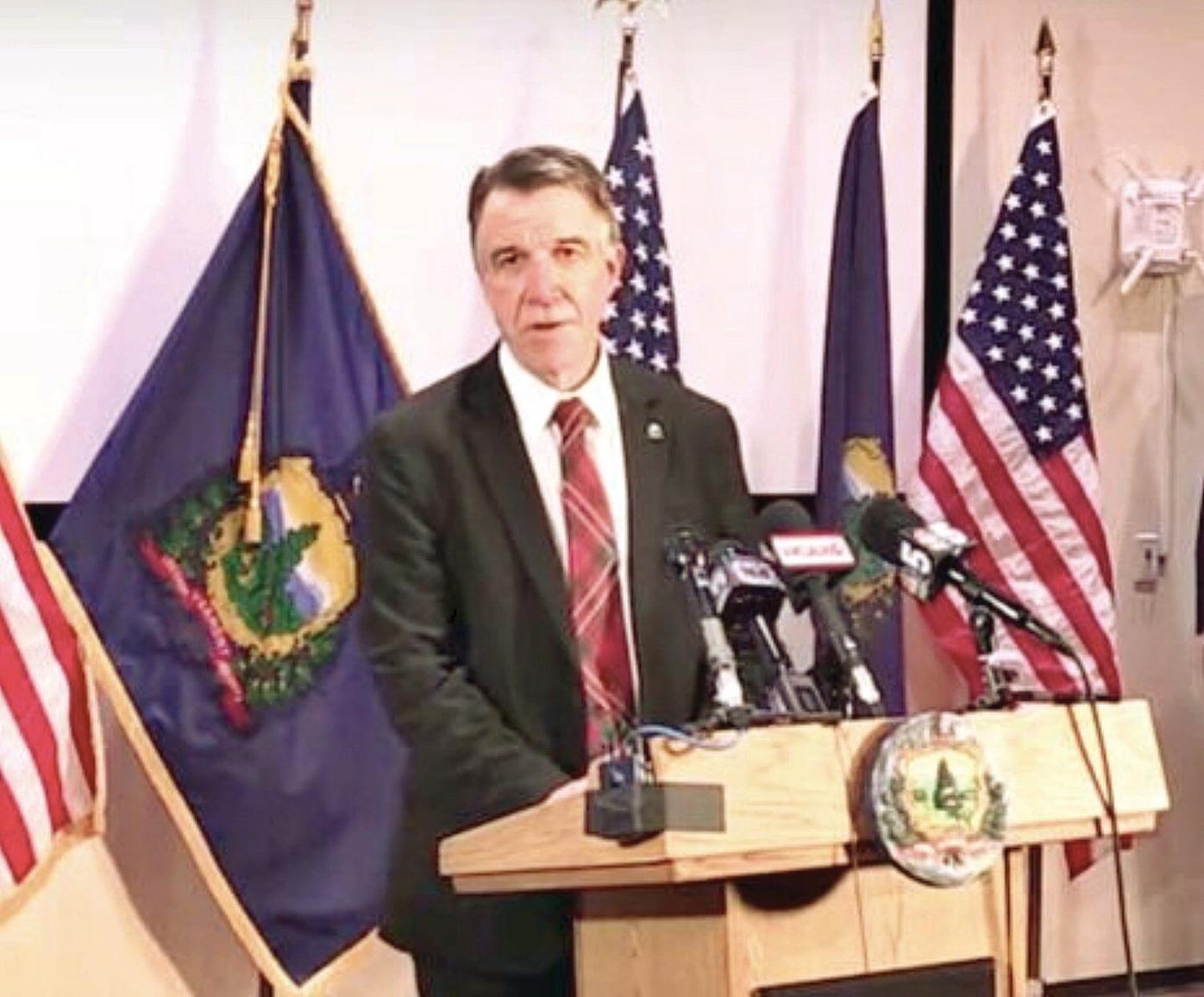 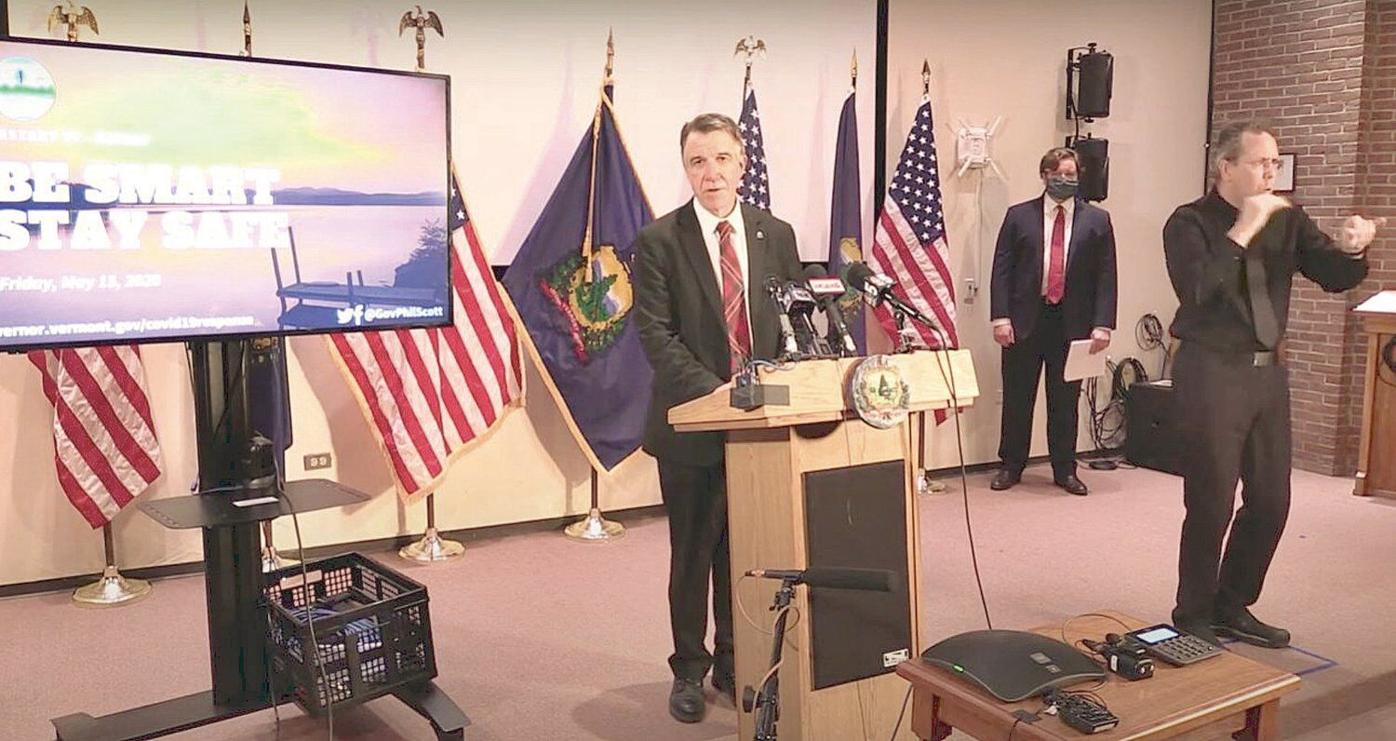 This chart, provided by the state of Vermont, shows how confirmed COVID-19 cases in the state are trending better than had been forecast.

MONTPELIER — Saying the last two months have felt more like a year, Gov. Phil Scott expressed how grateful he is to the Vermonters who have followed the state's safety guidelines in response to the COVID-19 pandemic, as he extended Vermont's state of emergency to June 15.

"Your efforts have saved hundreds and hundreds of lives," said Scott during his regular press briefing on Friday. "Your sacrifices have made a real difference."

Proof of that, said the governor, is that Vermont has the lowest three-day and seven-day COVID-19 viral growth rates in the country. On Thursday the growth rate was .11 percent; the average for the rest of the country is 2 percent.

Mike Piecek, the commissioner of the Vermont Department of Financial Regulation is in charge of Vermont's COVID-19 modeling efforts. He said as of Friday, there is only one infected patient in an ICU in Vermont. He also said that last Friday, the state's modeling showed a doubling of infections in 12 weeks. With new data, they have extended that to 40 weeks.

"That's the second slowest in the country," he said, because "Vermonters continue to embrace science and public health."

He said the low infection numbers means Vermont can continue to "open the spigot," as Scott characterized it, of Vermont's economy.

"Vermont is in a good position to reopen compared to many other states," said Piecek.

Lindsay Kurrle, the secretary for the Agency of Commerce and Community Development, said Vermont's short-term lodging providers — including campgrounds and marinas — can reopen on May 22 at 25 percent capacity. Only Vermont residents or guests who have met Vermont's 14-day quarantine requirements will be allowed to get a reservation. The state hopes to reopen its own parks by June 26.

Businesses that offer standalone units, such as cabins, won't have to abide by the 25 percent limit, said Kurrle.

"Vermonters who have left the state or are returning from wintering, you must also quarantine before booking lodging," she said.

Health Commissioner Dr. Mark Levine said if you experiencing flu conditions, you should get tested for COVID-19.

"There has been zero level growth of influenza in Vermont," said Levine. "There is no flu in the state."

Scott said while trends in Vermont remain promising, "We're not out of the woods yet. Our neighboring states and Quebec have more cases and more deaths."

The best way to keep the trends moving in a positive direction, he said, is to stay close to home and limit the number of people you come in contact with, he said.

"This is especially true for people over 65 or those with chronic conditions," said Scott. "They should continue to stay home as much as possible. We are asking Vermonters to be smart and stay safe. Pay attention and remain vigilant."

While the state might get relief from the federal government, said Scott, Vermont has to prepare for not getting any money from Washington, D.C.

"We should be thinking about reducing spending," he said. "These are going to be difficult decisions to make."

He said raising taxes should be "a last resort."

"Vermonters were tapped out before the pandemic," said Scott.