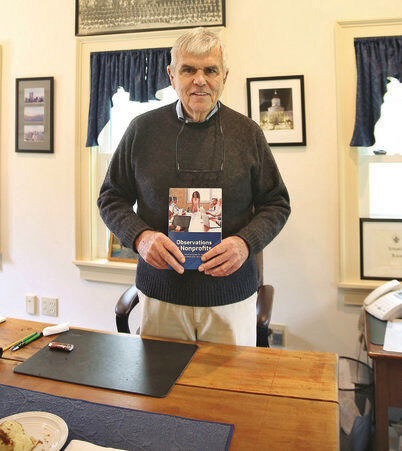 Don Keelan, an Arlington resident, recently published his fourth book, a collection of his newspaper columns on nonprofits. 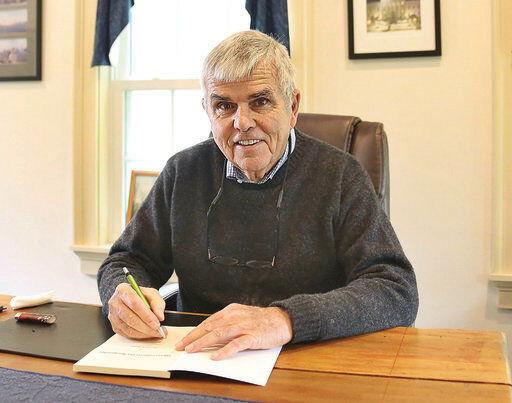 Don Keelan, an Arlington resident who recently published a collection of newspaper columns on nonprofits, says it's important for donors to seek transparency and for boards of trustees to verify information.

Don Keelan, an Arlington resident, recently published his fourth book, a collection of his newspaper columns on nonprofits.

Don Keelan, an Arlington resident who recently published a collection of newspaper columns on nonprofits, says it's important for donors to seek transparency and for boards of trustees to verify information.

ARLINGTON — Don Keelan, an Arlington resident and columnist for the Banner, recently published his fourth book, "Observations on Nonprofits: An Informal Guide for Board Members and Volunteers." The book is a collection of his newspaper columns, published between 2002 and 2018, which cover nonprofit topics including leadership and financial controls.

The Banner sat down with the retired certified public accountant to talk about some of the most important things he has learned from working with nonprofit organizations, the current state of nonprofits in Vermont, the things that all trustees should understand and how his military experience influenced his career path.

Q: For people who donate or volunteer, what do you think are some of the things they truly don't understand about nonprofits?

A: What they don't understand is what it takes to operate a nonprofit financially and how critical that is, and whether there's transparency in the information they're getting as a donor versus what's really taking place. I'm going to use Southern Vermont College as an example: if you were a donor last spring, did you have any idea that they were going to be closed in a year? Did the college know that they were about to close in a year? They probably did.

Q: What do you think would be the general public's biggest takeway from reading your book?

A: One is the tremendous responsibilities that a member of the board of trustees has or should have. I have that in the book, in the "14 commandments" that I described, which are the duties and responsibilities of a trustee. The other one is the fact that we might have too many nonprofits. An example of that is here in Bennington County, I heard recently that there are 21 nonprofits that are distributing food to the disadvantaged. Do we need 21 or can we get by with 10? The problem is, they don't talk enough to each other about whether it would be constructive to merge. Everyone has their own turf. I think it's going to evolve, because the financial side of it is getting really costly. The second thing is there's a limit to the number of trustees that are available, and volunteers.

Q: How about trustees, what don't they understand correctly?

A: People join or are asked to join a nonprofit board, and they accept the invitation because they believe in the mission. What a lot of people do not understand, they also have another role once they're a trustee, and that's a fiduciary role. They are responsible for the financial well-being of the organization. Here lies the problem: No one really wants to join a board — whether it's a hospital board, a museum board, an education board — because they're infatuated with Quickbooks or a spreadsheet. Yet, when you look at all the organizations that have failed, they haven't failed because their mission failed; they failed because financial resources have failed. They ran out of cash. I know recently they're talking about the colleges' lack of students. That was part of it, but the bigger problem was — the commonality — when you look at every one of those colleges, they had taken on a huge amount of debt load and they couldn't service it. That's an issue the boards should have evaluated.

Q: And your advice before they accept that trustee role is to understand that their biggest responsibility is finance related?

A: Understanding the finances of the organization. If they're uncomfortable with that because they don't have that background, look for someone on the board who has that background.

Q: What do you think could have prevented so many nonprofit colleges from closing?

A: I think the trustees should have been more involved in what the future might be holding for their institution, and whether what they're hearing from the administration was valid. Was there enough questioning? A case in point is Burlington College. Burlington College took on a $10 million debt by buying the diocese property from the Catholic Church. At the same time, the trustees were told they were going to go from 150 students to 600. They closed two years ago. When the trend in Vermont was going just the opposite, why did Burlington think they could buck the trend? Did any of these colleges reach out to each other and possibly merge their services?

One of the things we see in business is that a business can take on one or two crises and calmly get through. You can't take on four and look to survive. Southern Vermont College had five: a tremendous debt load, decline in student enrollment, loss of accreditation in its nursing program, taking on the Bennington Arts Center and the Putnam Project and then of course, the major embezzlement — the financial loss, the morale loss and the loss of reputation — when the acting president of the college takes over a million dollars and the ultimate suicide.

Q: What advice do you have for nonprofits that might be facing difficulties at this point?

A: From the financial standpoint, I would hope that the administration is providing the board with a cash forecast that goes out five years. If there's any trouble in that forecast, to prepare for it now. Another thing that we see in nonprofits is that there's a tremendous amount of trust. Trust is a wonderful thing to have, but to those of us in the CPA world, it's not an internal control. You have to verify. If the administration would tell me something, I would trust what they're telling me but I like to verify. There's so much embezzlement, relatively speaking, given the size of the state. In 2016 or 2017, Vermont had the most embezzlements per capita than any place in the country. Part of the problem is — this is both in nonprofits and municipalities — there's so much trust and very little verification. Many administrations would be offended by a trustee saying, "I'd like to verify that." That's unfortunate, but you have to stick to it, because it's an internal control.

Q: Do you see that some nonprofits in the state lack internal controls?

A: Yeah, that's because of three reasons. One, they're quite small. Two, they don't have the money to have an audit. And thirdly, they don't spend the time. They trust everyone. This is not to apply to every single nonprofit in Vermont, because there are some very well-run nonprofits.

Q: How has your experience serving in the military informed your career?

A: What I learned from that is the importance of training, the importance of integrity and the ability to get the job done. I got to see some wonderful world leaders ... Winston Churchill, Konrad Adenauer, David Ben-Gurion, Nikita Khrushchev, Charles De Gaulle.

Q: How do you spend your free time when you're not working?

A: I still advise clients, but I do it pro bono. I'm heavily involved in the Arlington Area Renewal Project and I continue to write a biweekly column in the Banner, the Journal, the Digger and True North. Visiting the five children and the grands. We also have a fair amount of property in Arlington that we opened up our trails to the public. I spend a lot of time getting those trails ready for the public to walk on - several thousand people a year walk our trails.