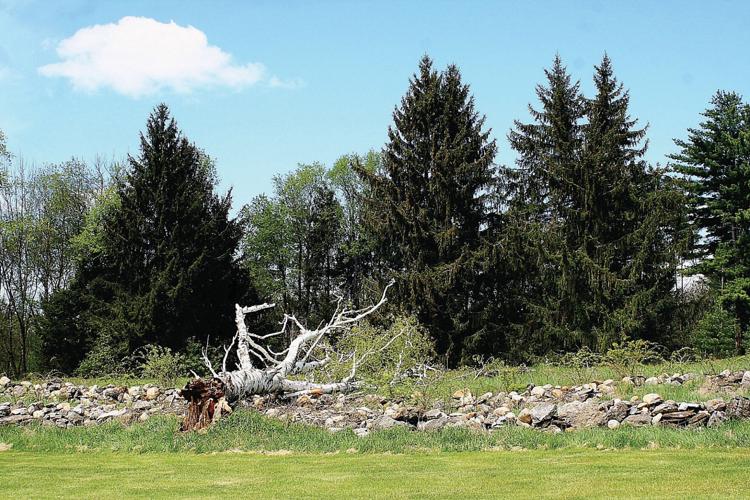 A birch tree planted by Robert Frost was knocked down by high winds over the weekend. 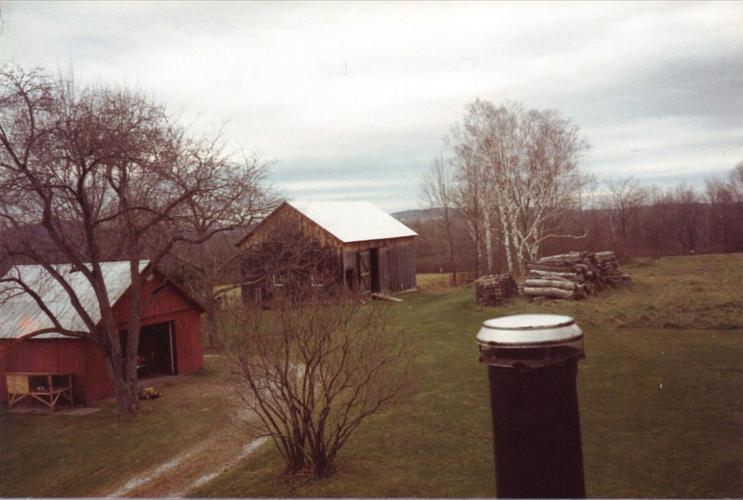 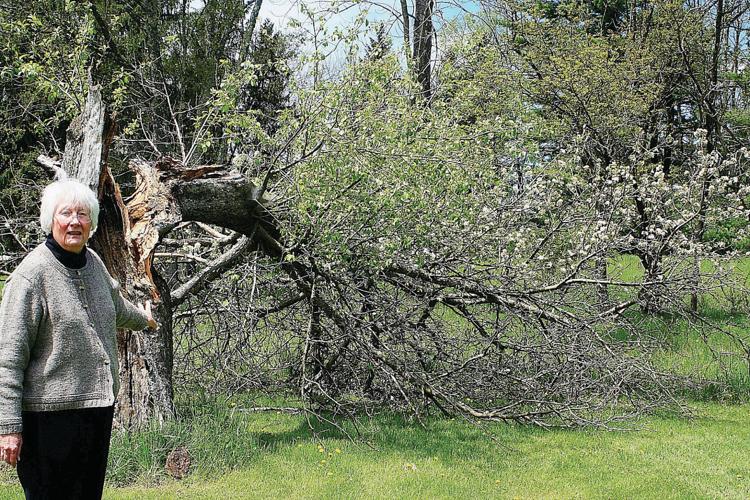 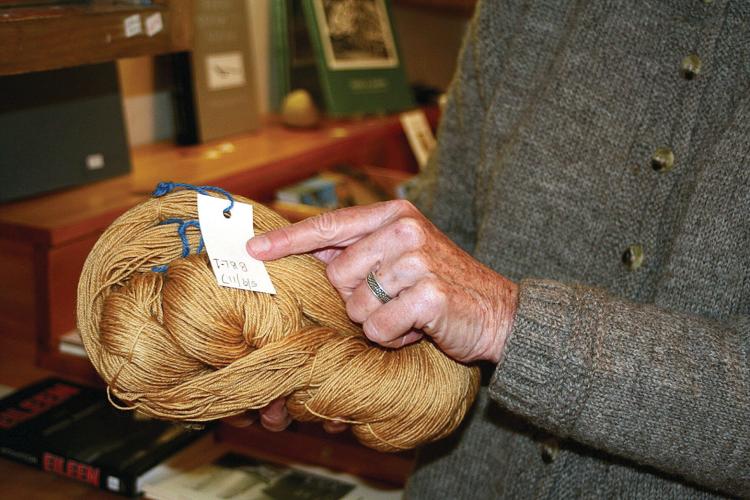 Museum Director Carol Thompson plans to use parts of the fallen trees to dye her own yarn, shown here. 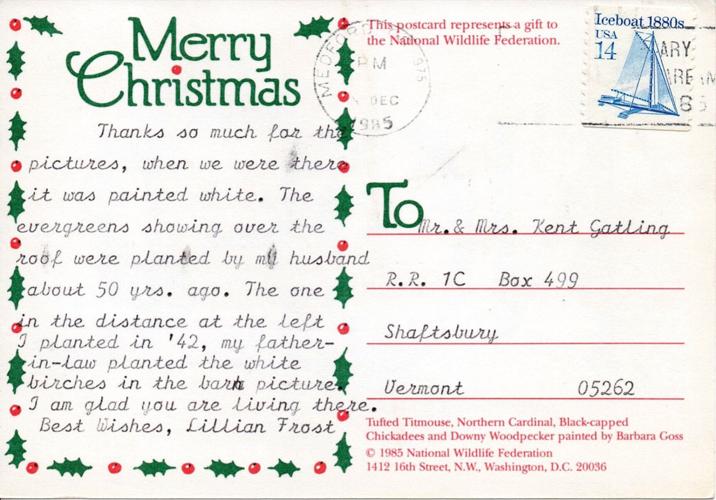 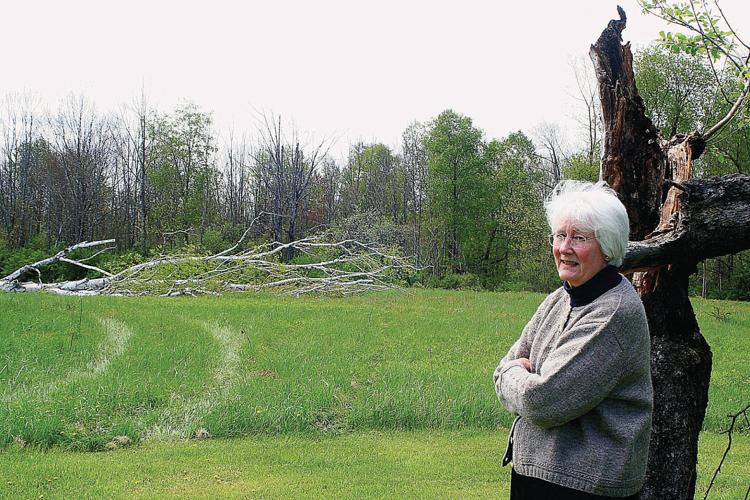 A birch tree planted by Robert Frost was knocked down by high winds over the weekend.

Museum Director Carol Thompson plans to use parts of the fallen trees to dye her own yarn, shown here.

SHAFTSBURY — Fans familiar with the work of Robert Frost understand the edifying role that nature, and trees in particular, played in the poets work. Tragically, two trees tended by Frost himself were toppled in Shaftsbury this weekend in the midst of persistent high winds.

The trees, a grey birch and a snow apple tree, were planted by Frost when he resided in what is now the Robert Frost Stone House Museum, bought by the author in 1920.

"Frost was fascinated by apple trees, and it has been out there in our pasture ever since the 1930's," said Museum Director Carol Thompson. "It's a huge tree with a very large trunk, but a few years ago it lost a limb which kind of off-balanced it."

On Friday night a ferocious storm tore through Bennington, with wind gusts of up to 50 miles per hour. When Thompson arrived early Saturday, she was pleasantly surprised to see that the trees had survived. Though skies were sunny, visitors to the museum alerted Thompson that both trees had come crashing down within five minutes of each other with persistent windy weather. The museum director was devastated.

"The birch is not a long lived tree, as Frost said in his poetry they bend from left to right and don't last very long," said Thompson. "We have archival letters saying that Frost had planted a whole array of birches, and most had died."

Only two birches remained when Thompson acquired the property and opened the Stone House Museum. As the other perished years earlier, the birch toppled on Saturday was the last planted by the renowned poet.

The tree was one of an array of birches planted by the author in the 1920's or 30's, as reported by his daughter-in-law Lilliam LaBatt Frost to Anne Gatling, who had purchased the Stone House in 1979. In her letter, Frost writes, "my father-in-law planted the white birches in the barn picture." The referenced photo shows the four remaining birches at that time, all of which have now perished.

More than a few poems written by Frost are devoted to the birch trees, including, "Birches," and "To a Young Birch," as well as "The Onset," and "Wild Grapes."

"We're just still grieving about those trees, the fact that Frost planted them," said Thompson. "I can't think of any other trees that we know he planted."

While there are other apple trees on the property, they are too small to have been planted while Frost resided at the Stone House. Though Frost did plant an entire apple orchard on the property, it has since been swallowed up by the surrounding forest.

On moving to Shaftsbury in 1920, Frost wrote, "I mean to plant a new Garden of Eden with a thousand apple trees of some unforbidden variety."

Frost's snow apple tree was propagated by the museum in 2008 and 2010 during a public fundraiser, and many trees have been planted both on the property and throughout Bennington since.

Thompson has made it her mission to squander nothing when it comes to artifacts from Frost's time, and has often commissioned local artists to craft souvenirs to be sold at the Museum's gift shop.

"Over the years we've found all kinds of different things to do with what we've found on the property," said Thompson. "We've made things like spoons and letter opener handles, and the apple tree will have some nice branches that I can make walking sticks with."

While the wood from both trees will be re-purposed by local artists, Thompson has her own plans for the remaining twigs and greenery.

"I'm a knitter and I had planned to dye wool with plants found on the property," said Thompson. "Immediately when those two trees went down I gathered up apple blossoms and started making dye baths for my yarn."

The craft-savvy museum director has dyed fabrics in the past using materials like lilac and goldenrod. Thompson insists that the apple blossoms, as well as the lichen coated birch bark, will make for beautiful yarn.

"We try to share with people things that Frost had a direct connection to, and it's palpable," said Thompson. "People are very attracted to anything that has that connection, it's like having a piece of Frost."