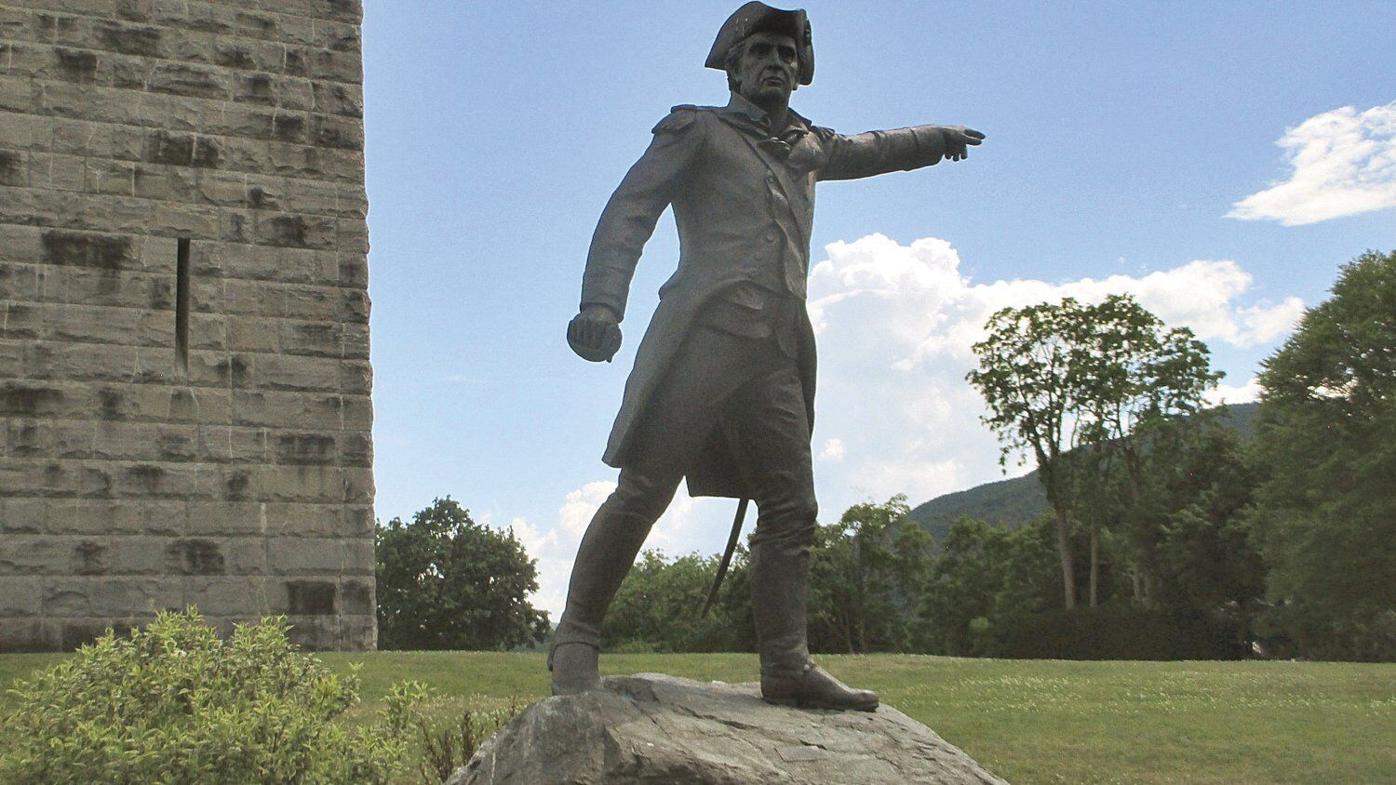 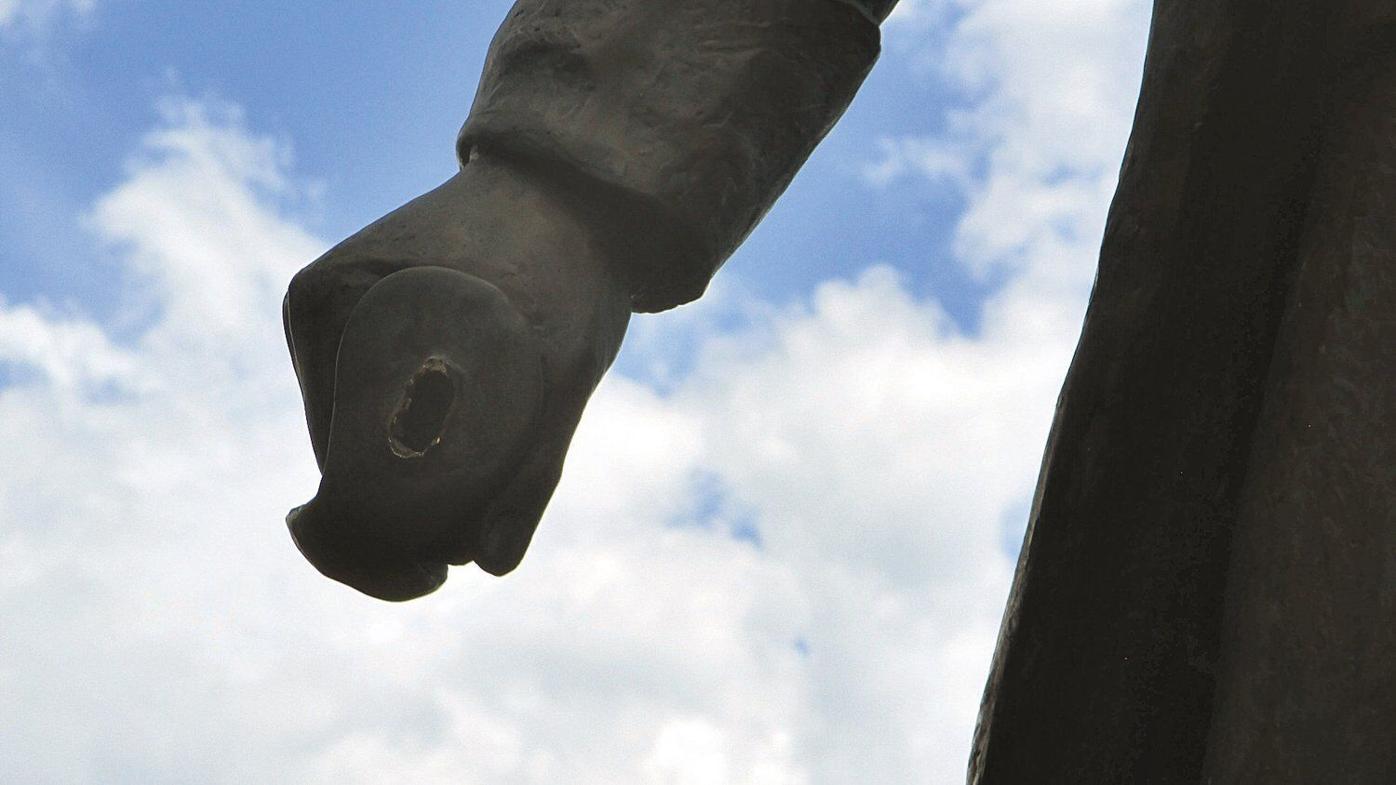 State historic officials said Monday they did not know how the statue of Gen John Stark at the Bennington Battle Monument lost its sword. 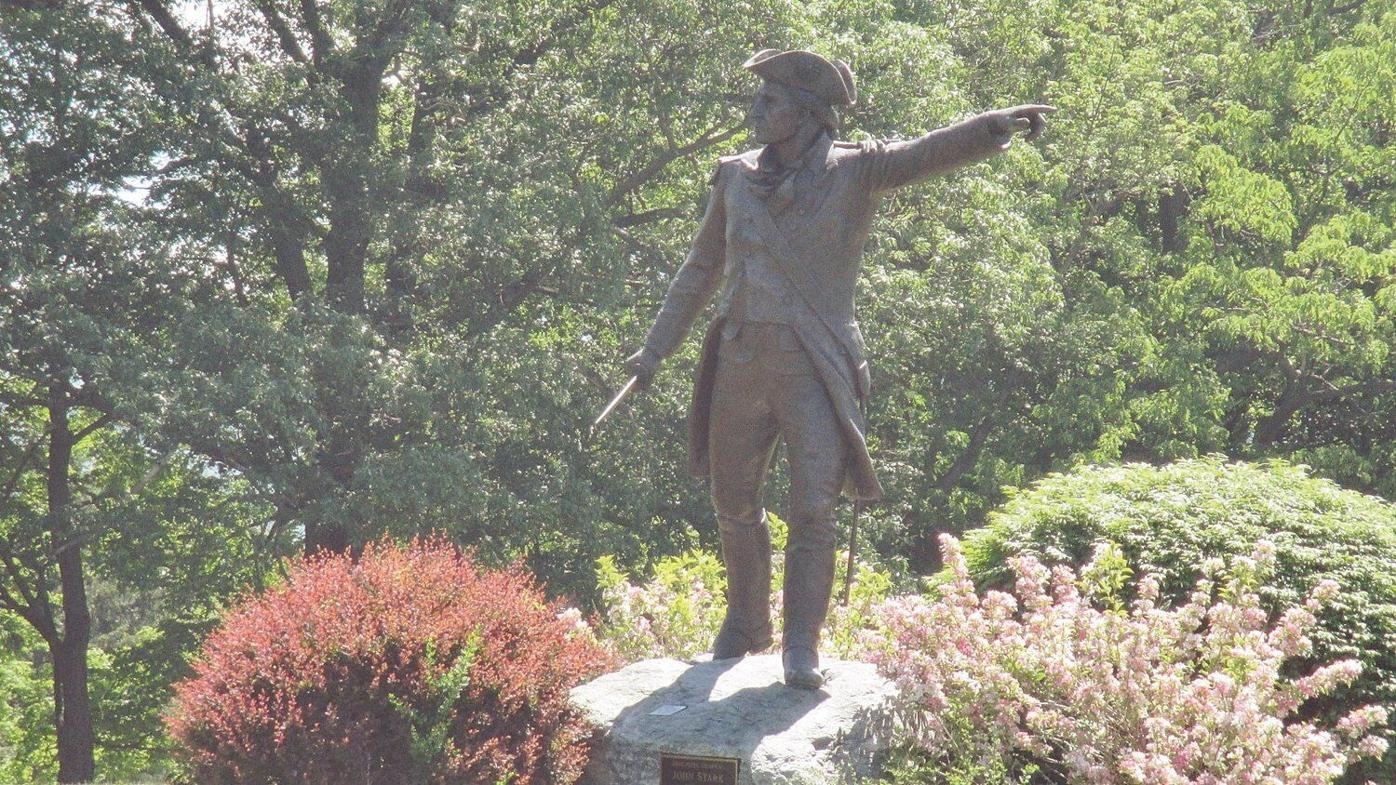 State historic officials said Monday they did not know how the statue of Gen John Stark at the Bennington Battle Monument lost its sword.

BENNINGTON — The bronze sword of a Revolutionary War general statue at the Bennington Battle Monument site is missing.

Marylou Chicote, administrator of the state-owned site, said a man flagged her down at the site on Saturday morning to ask what happened to the sword once affixed to the statue of Gen. John Stark, who led American forces in their defeat of British troops in the 1777 Battle of Bennington.

Chicote said she does not know when exactly the sword went missing but suspects it occurred Friday evening.

Vermont State Historic Preservation Officer Laura Trieschmann said the state does not know why the sword was removed or broken and has not seen anything to indicate "that it was the same type of removal of statues that is happening nationwide." Statues across the country and around the world have been toppled amid anti-racism protests following the police killing of George Floyd in Minneapolis on May 25.

"We just don't know" and don't want to assume one way or another, Trieschmann said of the reason for the sword's removal. It could have been the result of someone climbing on the statue and the sword snapping off, she said, but the state is "trying to be sensitive to the fact that it could have been intentional."

From a "cultural resource management point of view, we would like to restore it," Trieschmann said, but the state also wants to make sure that the Stark statue "is not perceived negatively" before it devotes resources to a restoration effort.

If it turns out that the sword broke while someone was climbing the statue, the state might want to explore the possibility of raising the structure's height, Trieschmann said.

The statue, donated in 2000, "was cast from a plaster model executed in 1889 by American sculptor Jon Rogers," according to the Bennington Monument website. Versions of the same statue are also located in two New Hampshire localities, Chicote said.

Chicote filed a report with the Bennington Police Department about the incident on Saturday, she said. Police officials didn't immediately respond to an email on Monday.

Trieschmann said that if the sword's removal was the result of an accident or prank, those involved should contact Chicote, as it would be cheaper to reattach the sword than to recreate it. "If it was taken for other reasons," she added, "I doubt we'll get it back."

Chicote said the Stark statue has never before been the subject of anything she would characterize as vandalism, though someone once placed a safety cone on the statue's outstretched arm.

In 2008, a Bennington teenager was accused by police of spray-painting "Heroes?", "(Expletive) Bush" and a symbol for anarchy on the Bennington Monument itself. He later received a two-year deferred sentence for the felony charge of defacing a historical marker, according to Banner archives.

Ben Z. Rose, author of "John Stark: Maverick General," said in an interview that in his research he found no evidence of slave ownership by Stark.

As a young man, Stark was taken into captivity and later released by Abenaki Indians in New Hampshire, said Rose, adding that Stark "never seemed to bear any hostility at all" toward them as a result.

There's also "very clear evidence" that Stark declined to participate in a raid against Abenakis led by Robert Rogers during the French and Indian War because he knew that women and children would be killed, according to Rose.