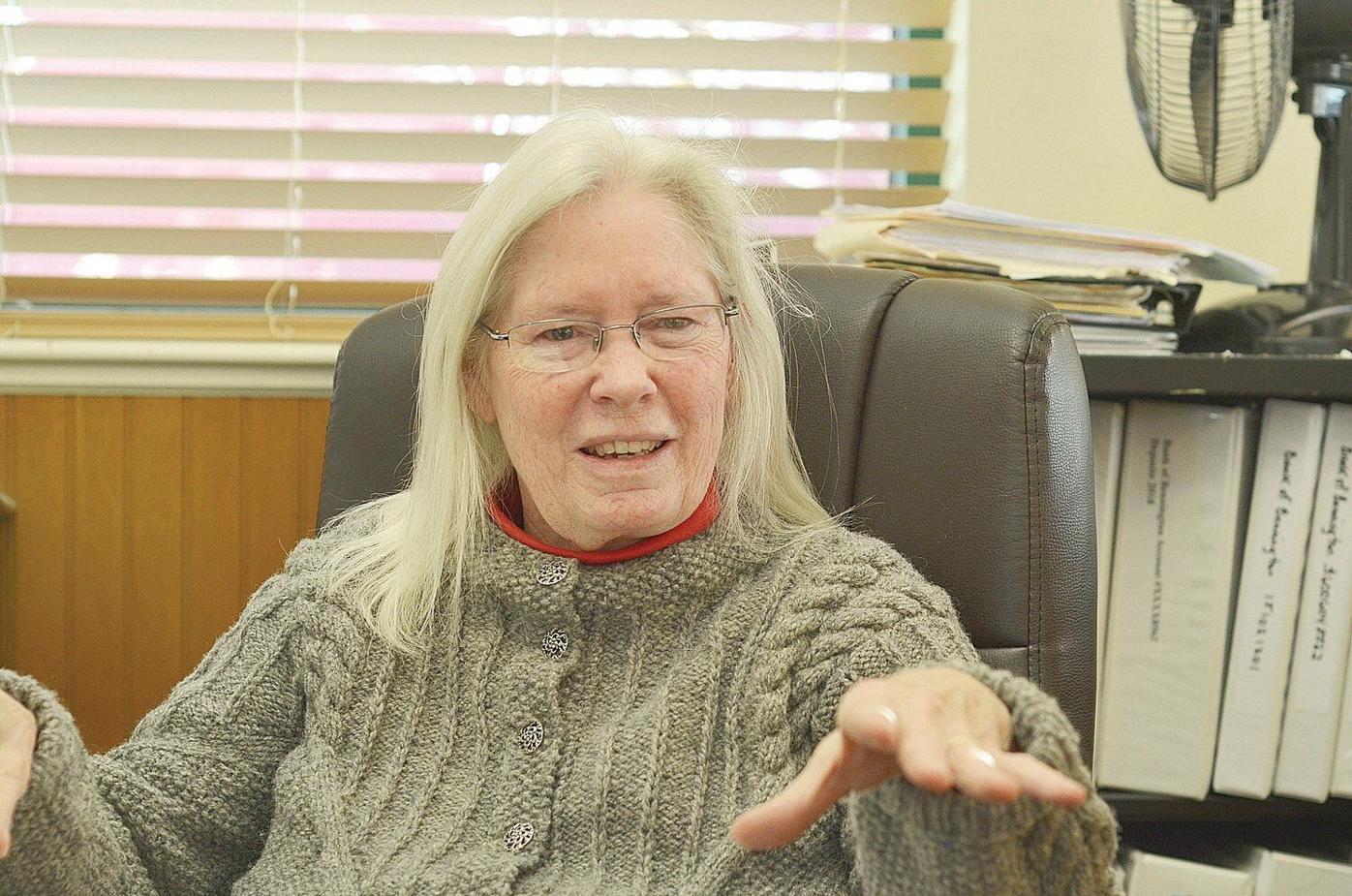 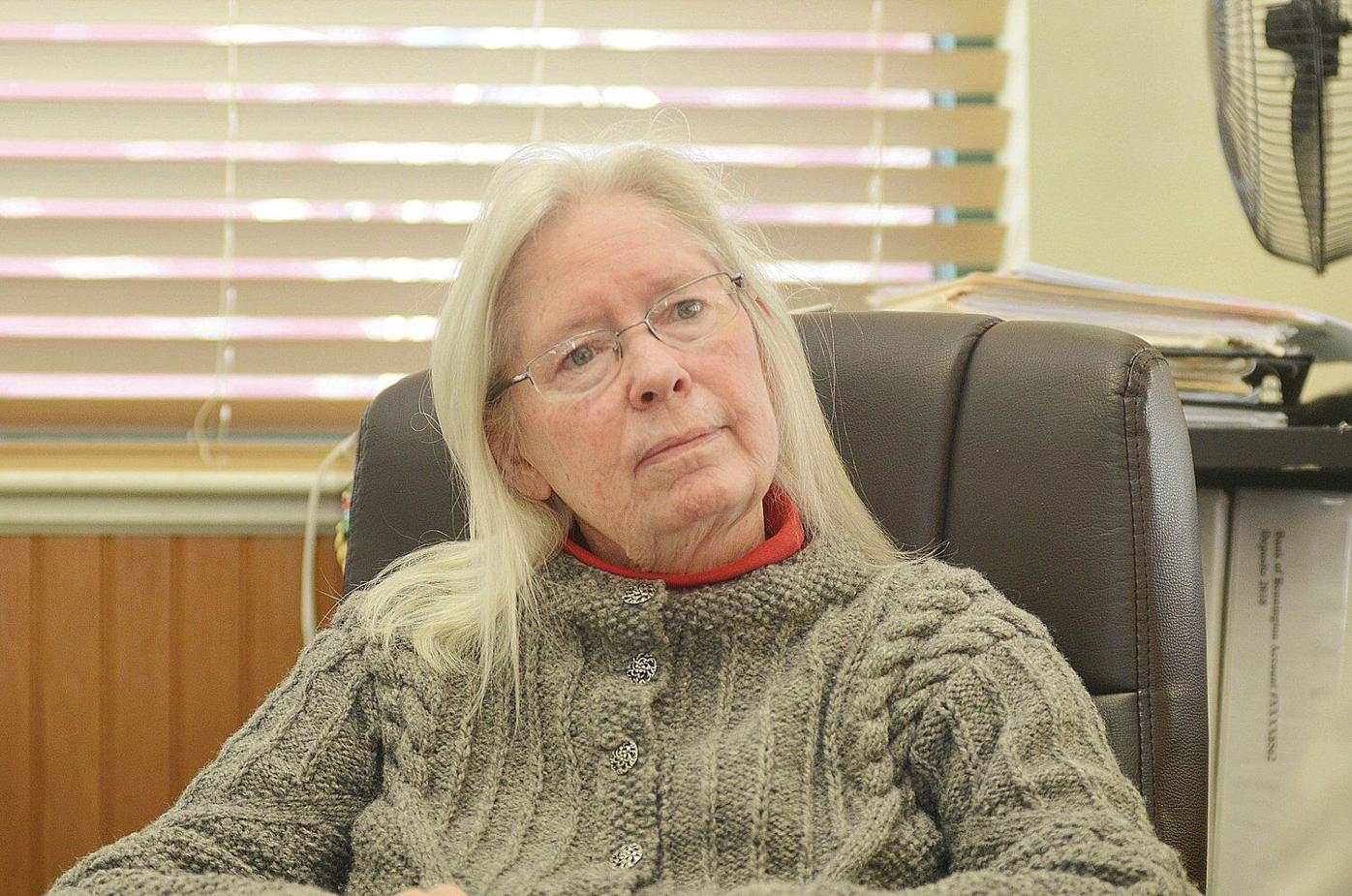 BENNINGTON — Sue Andrews, executive director of the nonprofit Greater Bennington Interfaith Community Services, is retiring after more than a decade with the anti-poverty organization.

Andrews, 64, said her exact departure date is not yet known — she has been working with the charity's board since April on a succession plan and said the goal is to leave by the end of the year. But in the meantime, the director is not resting on her laurels. Instead, she's thinking about a new, potential program: an open-to-all warming shelter intended to serve Bennington residents who live outdoors.

"It's kind of the way I am," she said during an interview at her closet-size office at the GBICS facility on Depot Street. "My way of looking at the world — my religion, if you will — is humanity, and it's all about, 'Who's the person standing next to you and what do you do to work together to help each other out?'"

Andrews said the idea for the shelter came to her earlier this year when she helped a man who otherwise would have spent the night outside in below-freezing temperatures secure a room at a Pownal motel.

It's unclear where the warming shelter might be located and what the extent of GBICS's involvement might be, but Andrews said she intended to discuss the matter with the group's board next week. However, the idea appears to align with the organization's overarching commitment to helping residents in poverty meet their basic needs.

"We really practice what we, in-house, call 'radical hospitality,'" Andrews said. "We're always looking for unmet needs — which, you know, is a really good thing," she added, though "it's also a really challenging thing because you're constantly realizing that the world is even worse than you realize."

During her tenure, Andrews has been instrumental in identifying issues and suggesting ways the organization can address them, said Charles Gingo, president of the GBICS board of directors.

The organization's programs today include the Bennington Free Clinic, a health center for uninsured and underinsured adults; the Kitchen Cupboard, a food distribution facility that provides free food to needy individuals and families; the Food and Fuel Fund, a long-running initiative that offers emergency financial support; Food Fit Bennington, a 12-week class that educates participants on cooking, nutrition and exercise; and the Bennington Oral Health Coalition, an effort that includes a dental clinic at Molly Stark Elementary School.

The organization incorporated as a nonprofit in 2001, according to its website, though the Food and Fuel Fund dates to the 1970s, when it was created by local clergy.

In 2017, GBICS acquired and renovated its headquarters at 121 Depot St, which allowed it to consolidate operations previously located at multiple sites.

Andrews' aptitude for grant writing has helped the organization piece together funding from the state and private foundations for its mosaic of programs, Gingo said.

In addition to its full-time executive director, the organization employs several part-time, paid staffers and relies on more than 160 volunteers, Andrews said.

Despite the nonprofit's multifaceted efforts in the community, "poverty is not abating," Andrews said, and the American healthcare system "is still a mess."

Andrews and Dr. G. Richard Dundas, director of the free clinic, both said they had hoped changes at the national level might obviate the need for the health center, but that has yet to happen.

"In a perfect world, people would get paid, everybody would have a livable wage ... and there would be more shared wealth so that we had people able to do things like own homes," she said. "We are so far from that right now."

Andrews, a member of the Unitarian Universalist Fellowship of Bennington on School Street, said she has avoided making post-retirement commitments but expects to remain involved in the community.

She and her husband, Bill Christian, who expects to retire next year, recently broke ground on a new home in North Bennington, a project she expects to occupy at least some of her time.

Applications for the executive director's position, publicized last month, were due Nov. 15, according to an online job posting.

The organization is interested in candidates who have at least "five years progressive experience in managing small, complex organizations; strong organizational ability including planning, financial management and budgeting, delegation, supervision; fundraising and cultivation of donors; public relations and advocacy; and experience working with people living in low income situations," the posting says.