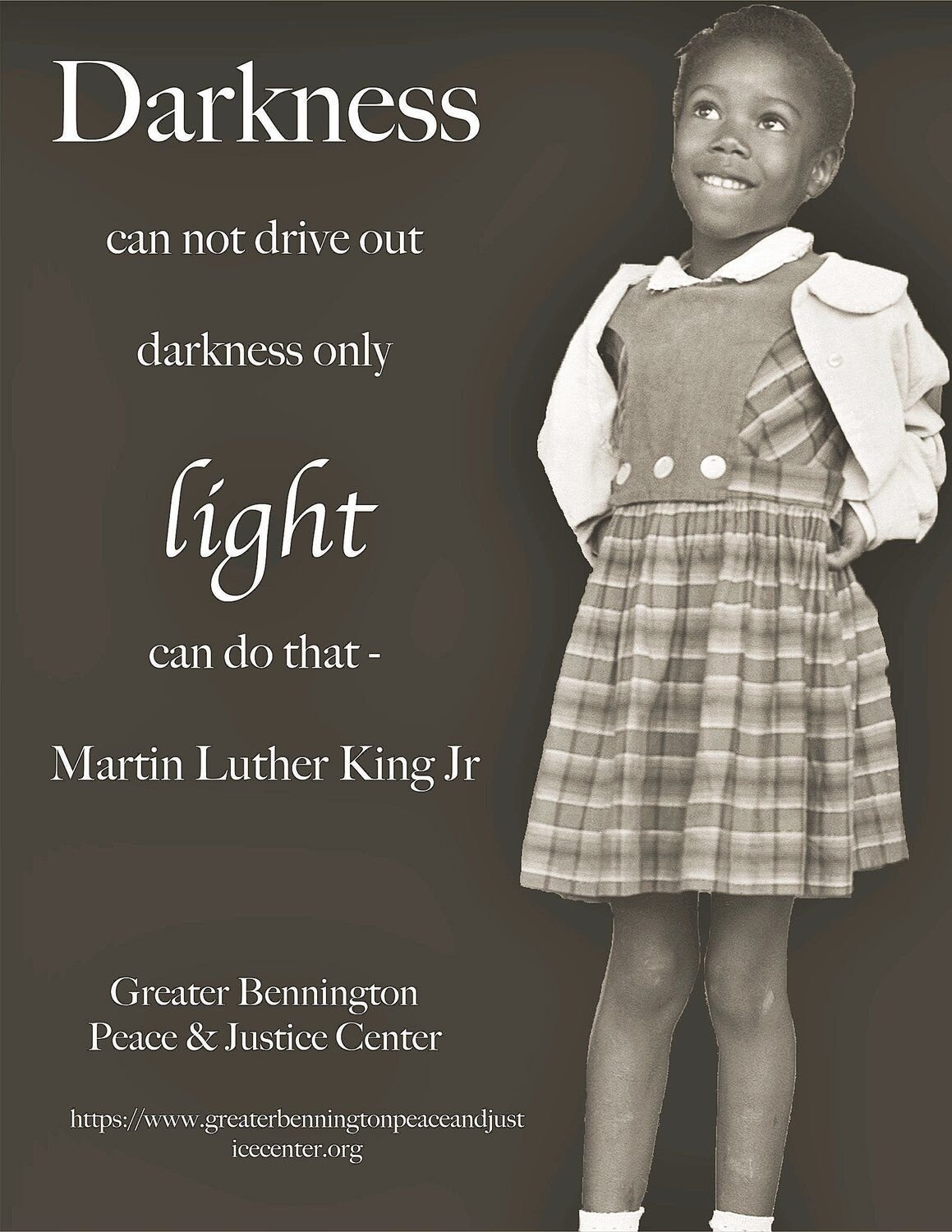 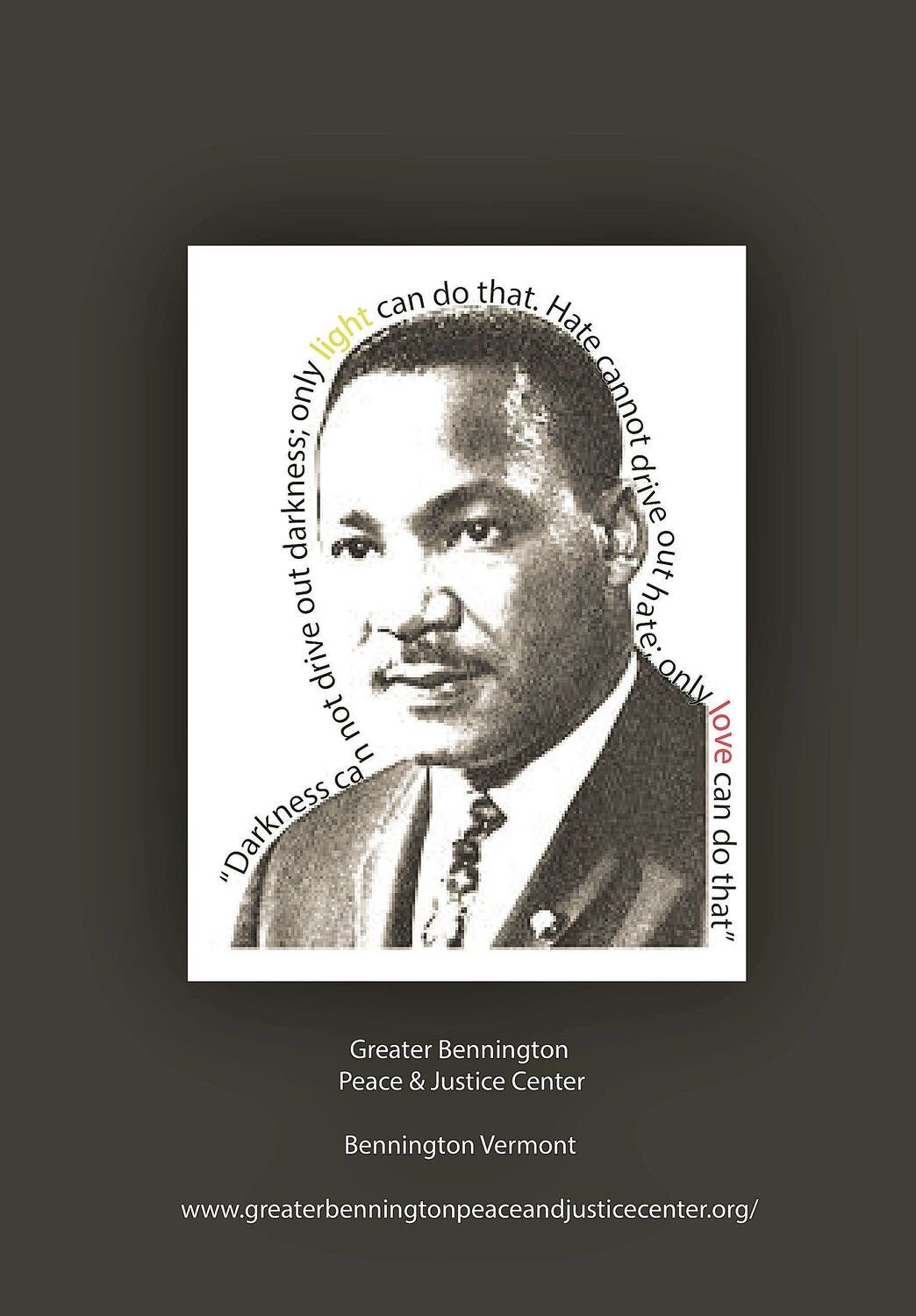 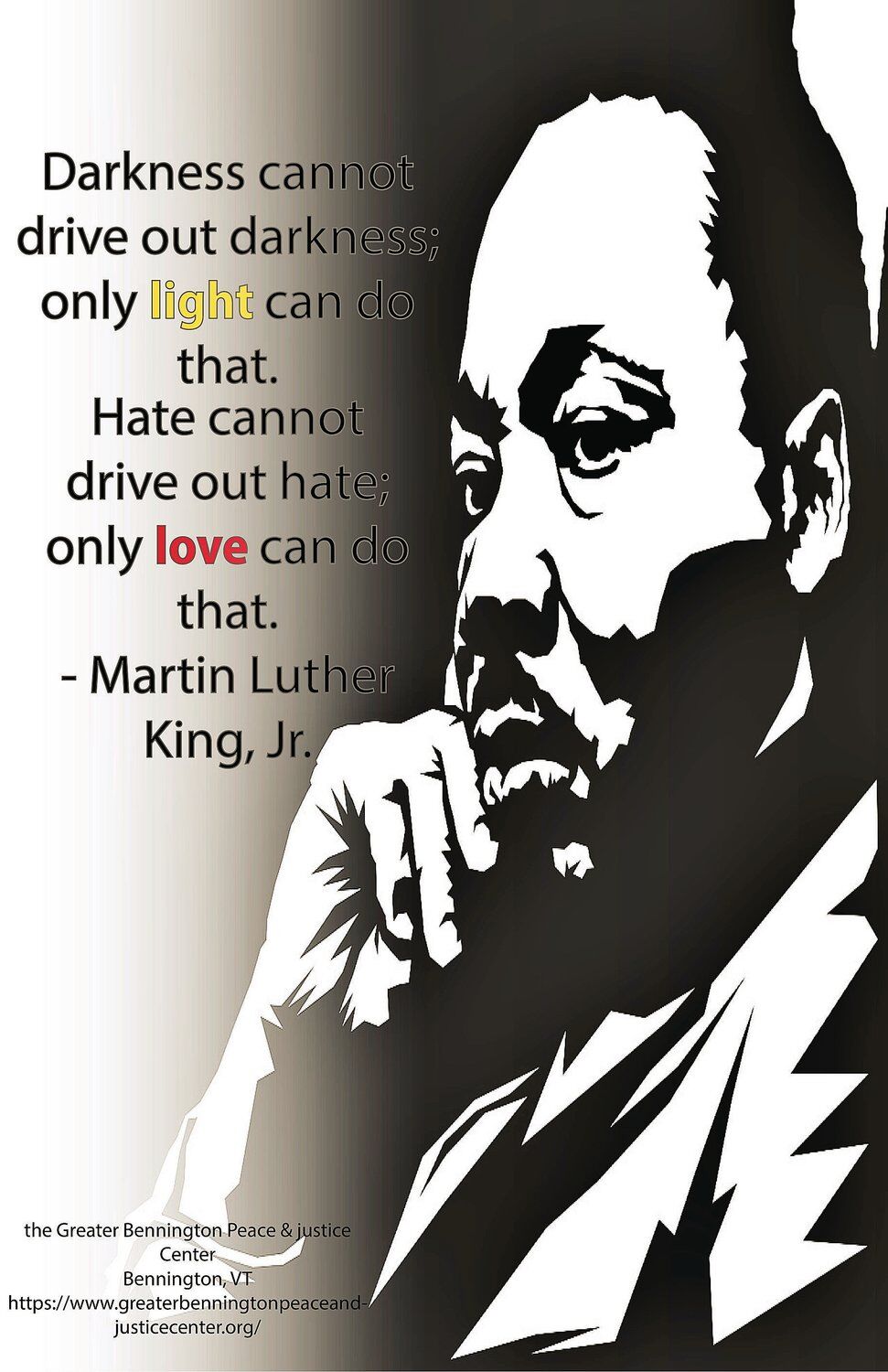 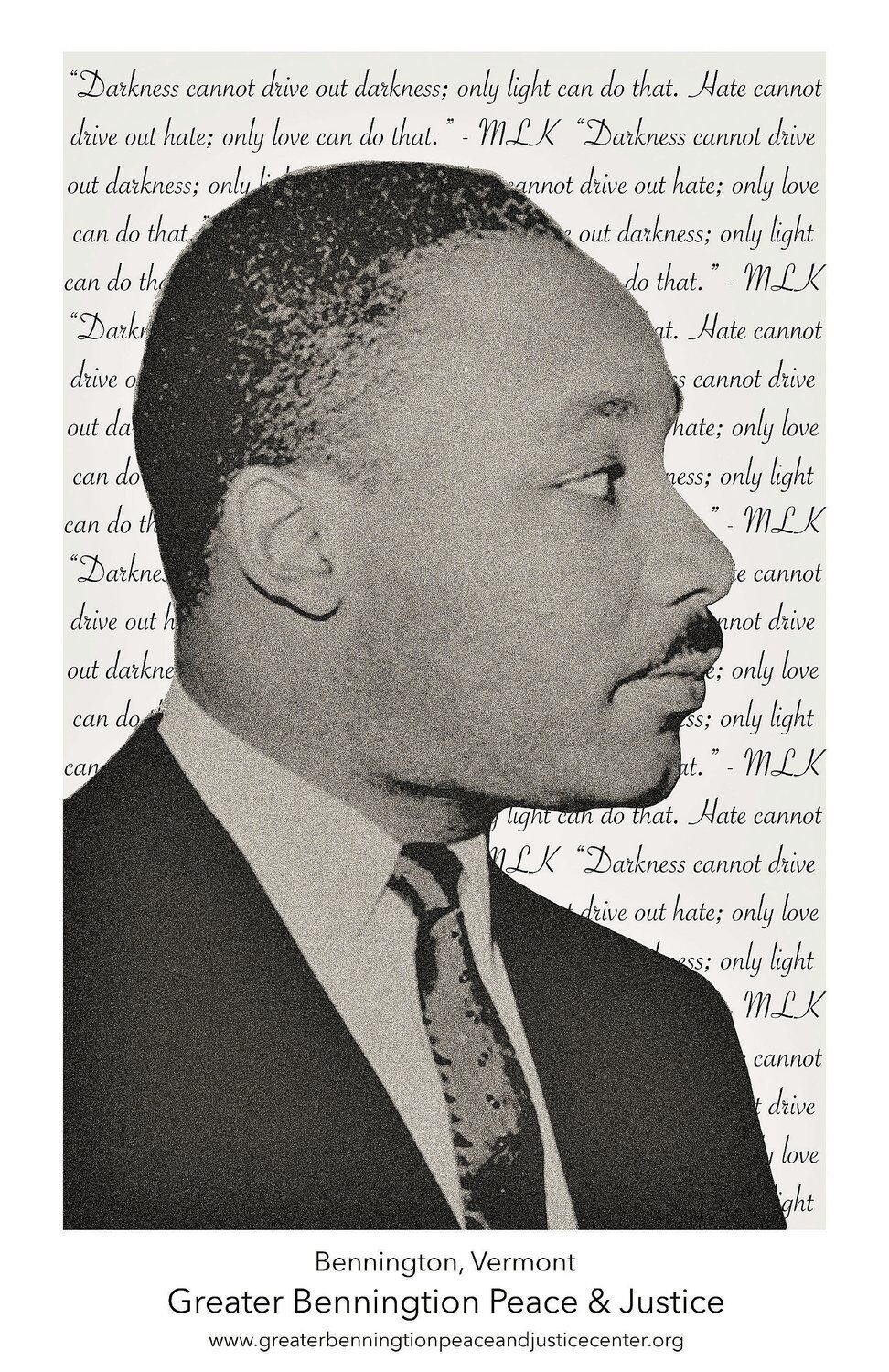 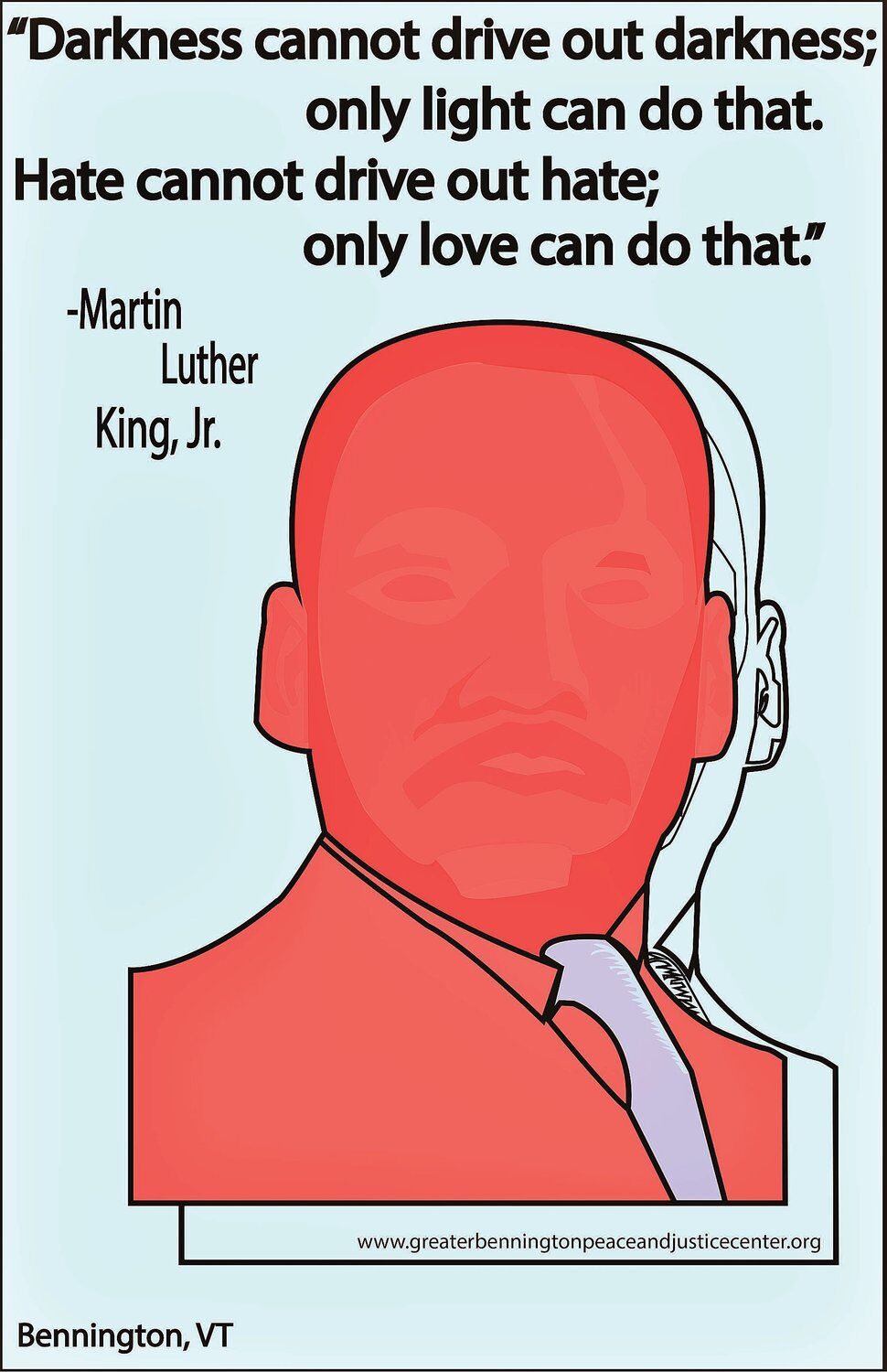 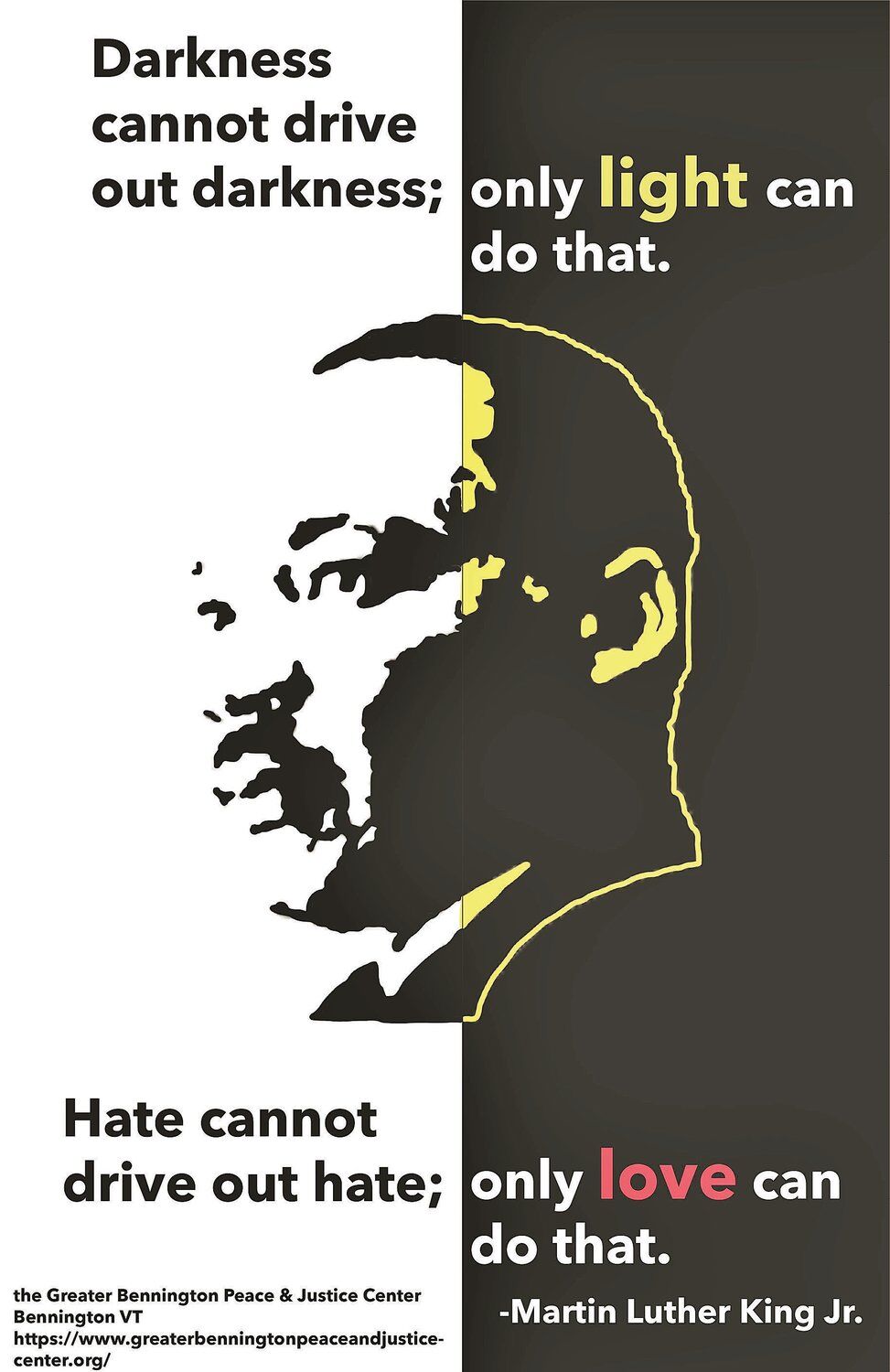 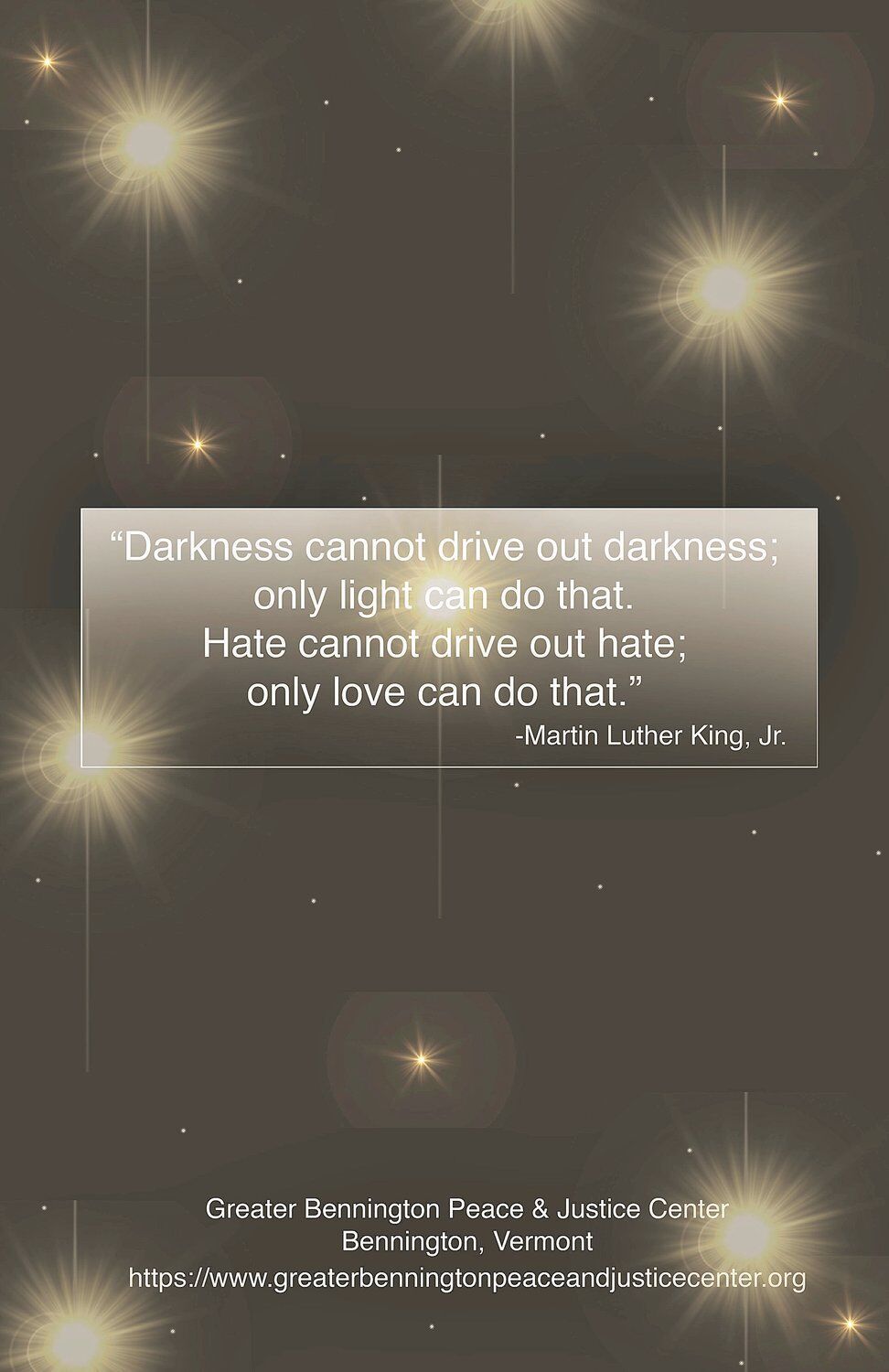 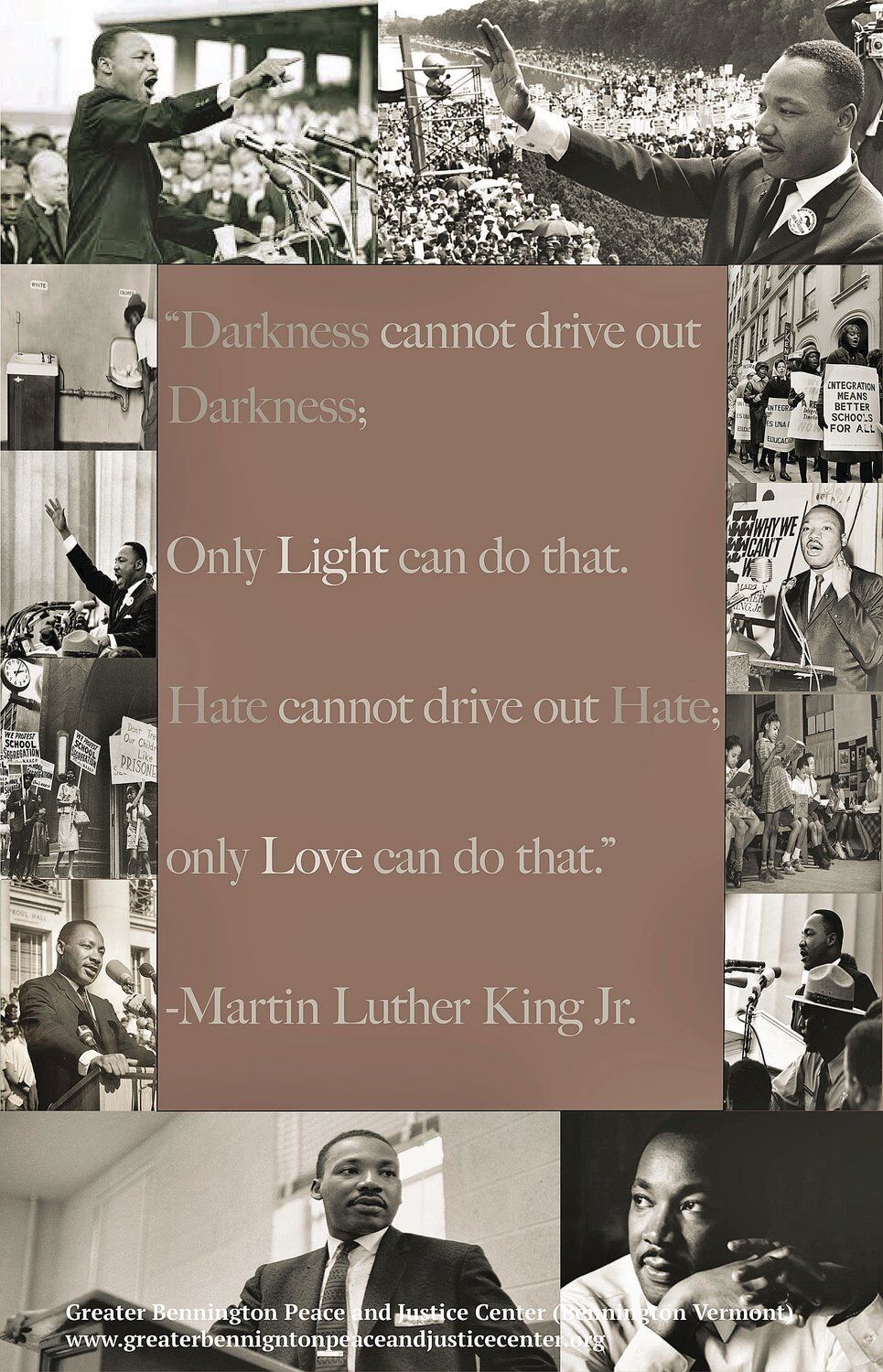 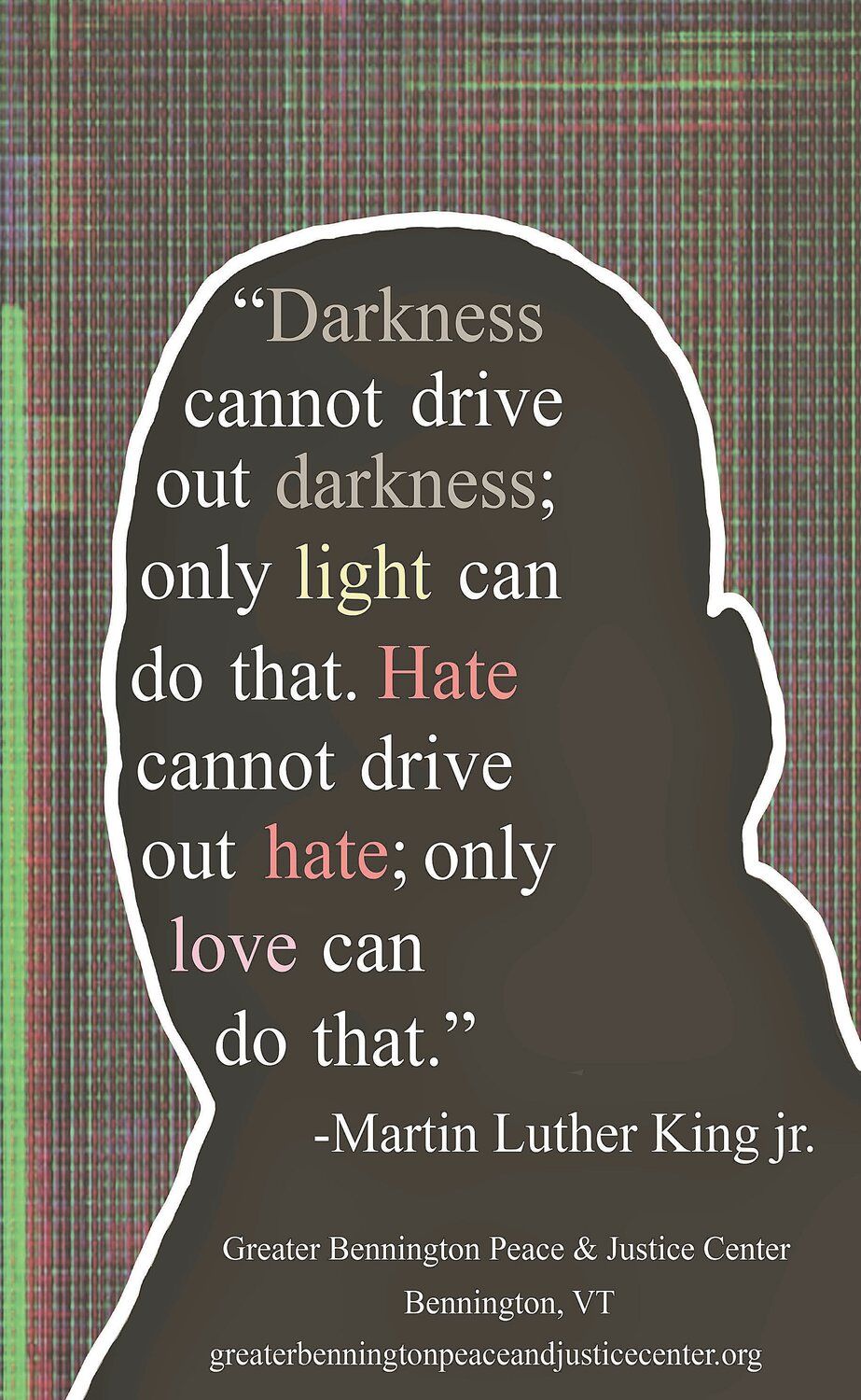 BENNINGTON — Over the past few weeks, students of Betsey Kane at the Career Development Center have been learning about the life of the Rev. Martin Luther King Jr. They have been reading and exploring "Letters From A Birmingham Jail" and expressing their thoughts and feelings in posters to honor King.

Nine students submitted their work in the contest sponsored by the Greater Bennington Peace and Justice Center, and all of them will be on display in the Gallery at Oldcastle Theatre on Martin Luther King Jr. Day, Monday, Jan. 20, from 5 to 8 p.m. in the Lobby Gallery of the theater, before and during the King Celebration.

According to Dan Lucy of the Peace and Justice Center, third prize was won by Tylor Dunican, second prize was won by Lauren Johnson, and the grand prize poster was created by Alijah Jones. The winners and their teacher will be honored at the King Celebration Monday night at Oldcastle. The Throwbacks band, Victoria Benkoski, Matt Edwards, Bennington County Community Chorus, the Strummin' Ukes of Bennington and a MAUHS Choral group will perform during the celebration, which begins at 7 p.m.