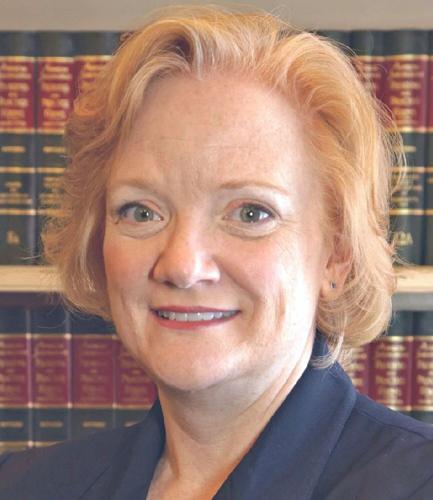 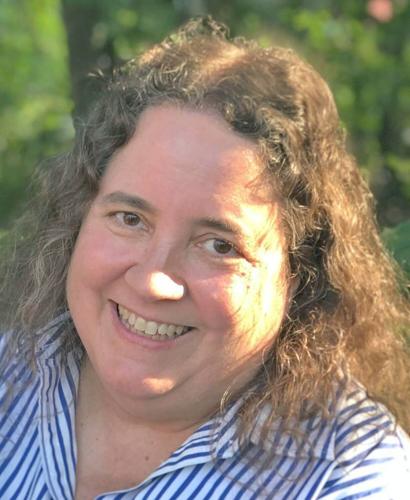 BENNINGTON — Christina Rainville, a candidate for state's attorney, has escalated her attacks on her former boss, the three-term incumbent, Erica Marthage.

Rainville alleges in a new release that she was forced without cause from her job as chief deputy in the office in 2016, and contends that Marthage has mismanaged the office during her 11 years as the county's top prosecutor.

After the withdrawal last week of Arnold Gottlieb from what had been a three-way race, Marthage and her former deputy are now facing off in the Nov. 6 election. Rainville is running as an independent while Marthage is on both the Democratic and Republican ballot lines.

"I have been asked why I left the Bennington state's attorney's office, despite having handled the most important trials and appeals and having received national acclaim for my work over eight and half years," Rainville said in her statement.

She contended the reason "was a fundamental disagreement between myself and the present state's attorney over the need to abide by legal and ethical obligations that apply to prosecutors. I always insisted that we needed to abide by the law. She disagreed."

Rainville added, "There is a clear legal and ethical requirement that prosecutors must turn over evidence that a criminal defendant might find helpful. The [state] Department of Labor made an explicit finding that my determination to comply with that law was the reason the present state's attorney forced me to leave on Christmas Day, 2015."

Marthage responded this week, "It is unfortunate that Ms. Rainville has chosen to be disingenuous in her statement and to distort the facts to serve her own political purpose. This is troubling behavior for someone who wants to be the state's attorney."

In paperwork concerning Rainville's claim for unemployment compensation, the department stated in January 2016 that it had determined she was "discharged from this employment for disclosing information you felt was pertinent to a case."

The notice states that, "based on the available evidence, you were discharged by your last employing unit but not for misconduct connected with your work when the employer has failed to substantiate such."

However, the notice, sent Jan. 15, 2016, also states that "to date, your employer has not responded to a departmental request for further information regarding this matter."

Asked to comment further this week, Marthage said she could not comment concerning a personnel matter, adding, "Due to state of Vermont personnel policies, which protect employee confidentiality, I am prohibited from commenting on other information regarding Ms. Rainville's termination of employment from my office."

But Marthage added, "I can say that, as a matter of policy, our department does not dispute unemployment claims unless for gross misconduct or if the employee resigns."

Rainville also said she has "been asked about the significance of an old opinion by a Philadelphia judge that criticized me for testimony I gave in a post-conviction hearing for a client that I represented on a pro bono basis in 2000."

After that U.S. District Court judge's decision in 2011, and a subsequent complaint filed anonymously in 2013 with the Vermont Professional Responsibility Board, the Vermont Office of Disciplinary Counsel determined there had been no unethical conduct on the part of Rainville.

Marthage "was aware of that determination since the day it was issued in 2013," Rainville added. "More than two years later, when I correctly insisted that I nonetheless had a legal and ethical obligation to disclose that court opinion in a DUI case in which I was listed as a witness, the state's attorney forced me out of the office."

Marthage responded on Monday, "Ms. Rainville's claim that I instructed her to act unethically is ridiculous. In a Pennsylvania matter, a federal court found Ms. Rainville's testimony there was `contradictory, incorrect or demonstrably false.' That case related to a matter she handled before coming to my office, so Ms. Rainville's ethical challenges were of her own making."

In the 2011 ruling in the U.S. District Court for the Eastern District of Pennsylvania, Judge Paul Diamond was critical of Rainville's testimony during an evidentiary hearing.

"Reluctantly, I find that significant portions of Ms. Rainville's testimony at the October 29th hearing were not credible," the judge wrote in denying an appeal from an imprisoned man convicted of murder and other charges in 1994.

"Now practicing in Vermont," the judge continued, "in 1997 Ms. Rainville was a partner in the law firm that continues to represent Petitioner. It was apparent from Ms. Rainville's testimony, her often embarrassed, defensive demeanor, and related evidence that because she understood neither the record in this case nor the requirement that Petitioner act promptly, she did not promptly seek habeas relief for [the petitioner]. To avoid these unfortunate facts, Ms. Rainville offered testimony that was often contradictory, incorrect, or demonstrably false."

In later explaining that situation to the Vermont Office of Disciplinary Counsel, Rainville stated in part, "I certainly made mistakes in my testimony. Despite my best efforts, my memory was proven faulty on cross-examination when I was presented with documents that I had not seen in ten years and simply did not remember."

Rainville further stated, "The testimony was much more extensive and detailed than I expected. I did my very best to provide accurate and complete answers, but my memory was simply not very good. Despite the fact that I repeatedly said, `I don't remember,' the judge pressed me to answer anyway."

In her review decision, dated March 22, 2013, Vermont Disciplinary Counsel Beth DeBernardi said, "My review of the file did not find clear and convincing evidence of a lack of diligence or an intent to mislead the [federal] court. Accordingly, I am closing our [complaint] file without further action."

Rainville said she will post on her campaign website the Department of Labor's decision on her unemployment claim, as well as the decision of the Office of Disciplinary Counsel concerning the 2013 complaint filed against her.

"I should add that the state's attorney's conduct was part of a pattern of office mismanagement that has resulted in 22 employees, including 11 lawyers, leaving the office during her 11-year tenure," Rainville alleged. "At least 10 employees were fired. The office has only nine employees. One of the nine leaves on average every six months."

She added, "As a result, the office is perpetually understaffed, because when an employee leaves, the state generally requires the position to remain vacant for 90 days."

Currently, Rainville charged, "the office is supposed to have four deputy state's attorneys but, yet again, only has three. The chaos that the state's attorney's mismanagement has caused since she has been in office, and which continues to this day, is a great disservice to Bennington County, as cases cannot get the attention that they require."

In response, Marthage said, "Ms. Rainville's statement implies that my management is responsible for the departure of attorneys from my office. In truth, junior positions in my office are often a stepping stone individuals use to further their careers. For example, one attorney from my office is now the state's attorney in another county. Another attorney was hired on as counsel for the City of Rutland. Others have gone on to work in private practice or public service in a different capacity. I did terminate Ms. Rainville's employment, which why her complaints now seem like a bunch of sour grapes."

For the past month, Rainville has continued to attack the incumbent's record and challenge Marthage's qualifications for the office in comparison with her own.

She issued two prior releases since announcing a run for state's attorney prior to the Aug. 14 primary. In those, Rainville alleged Marthage was slow to realize the impacts of the opioid addiction crisis and criticized the incumbent's position that a formal drug court docket is not needed in Bennington County because of the existence of other court diversion programs.

The challenger also contended that she "handled the most important and difficult cases" during her time with the Bennington office.

Rainville, 56, has worked in private practice since leaving the prosecutor's office as a defense attorney and is handling employment-related and discrimination civil litigation with Ellis, Boxer & Blake of Springfield.

Marthage, 48, of Manchester, was first elected to the post in 2006, defeating longtime incumbent William Wright, who served as state's attorney for 20 years.

Rainville said she currently resides in Chester because of her employment in Springfield, but that she and her husband have a home in Manchester where they would live if she is elected.

The state's attorney candidates are scheduled to meet at a campaign forum on Sept. 25 at the Bennington Firehouse, in an event that will be recorded by the local cable network, CAT-TV.