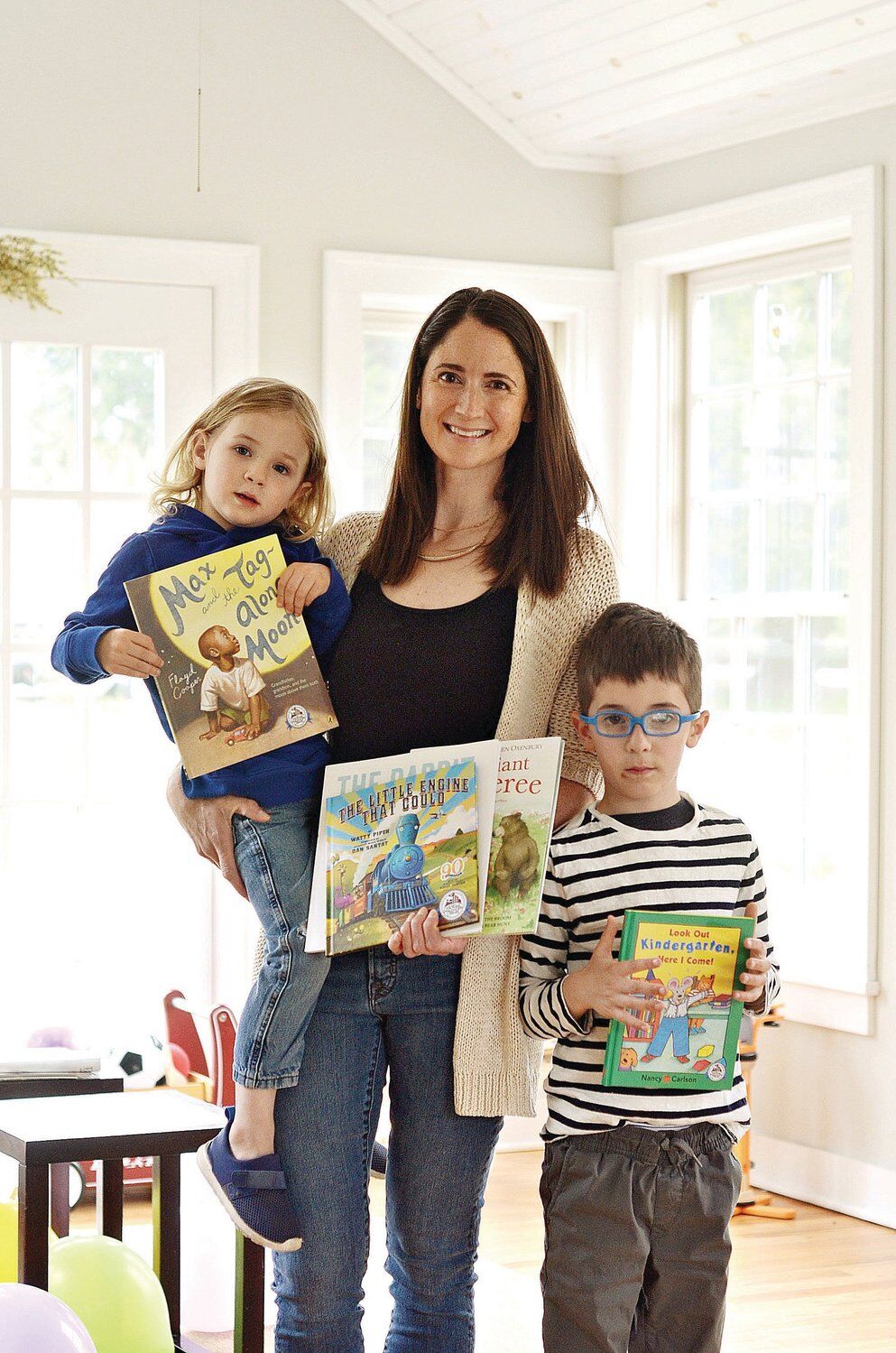 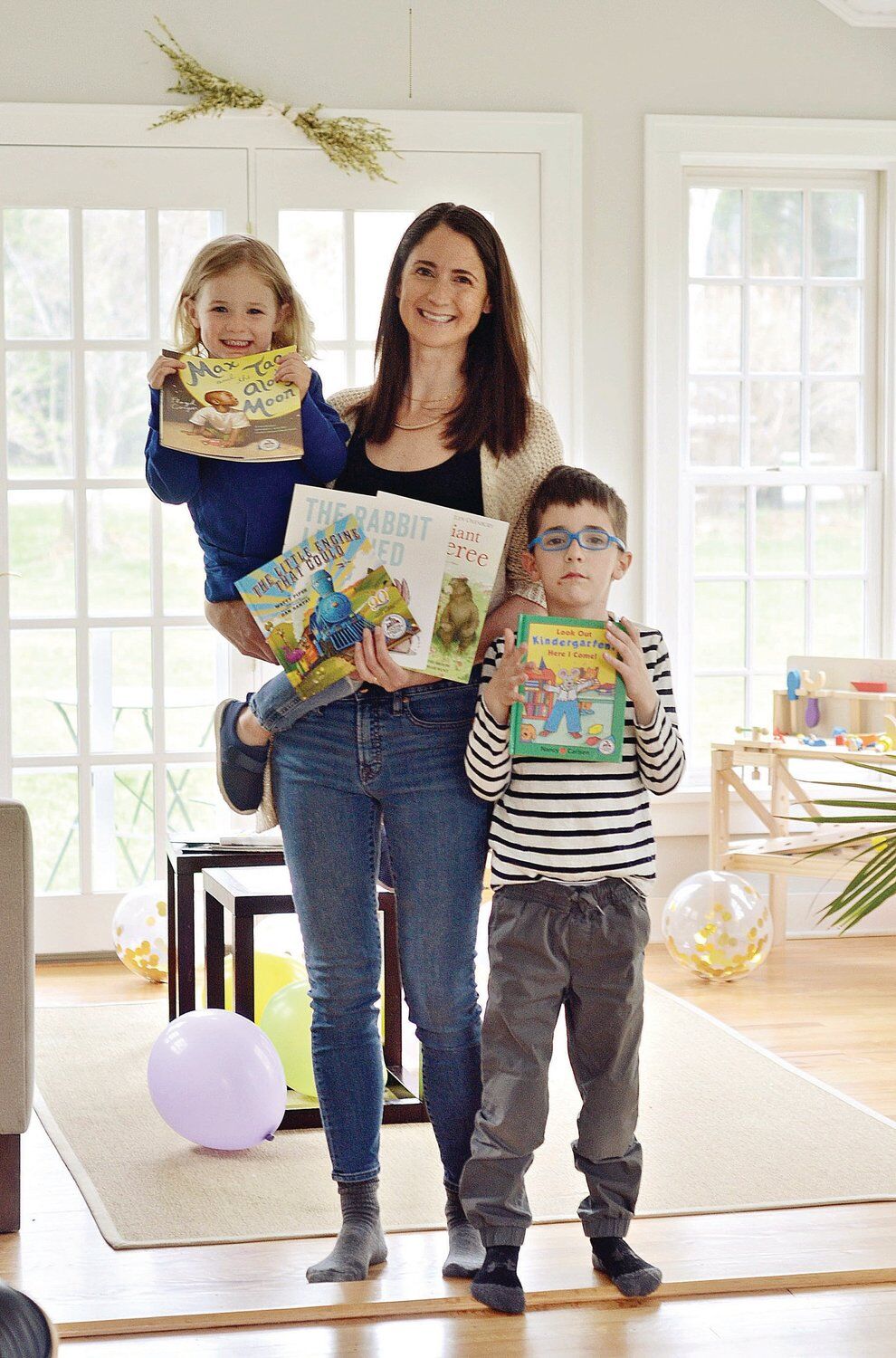 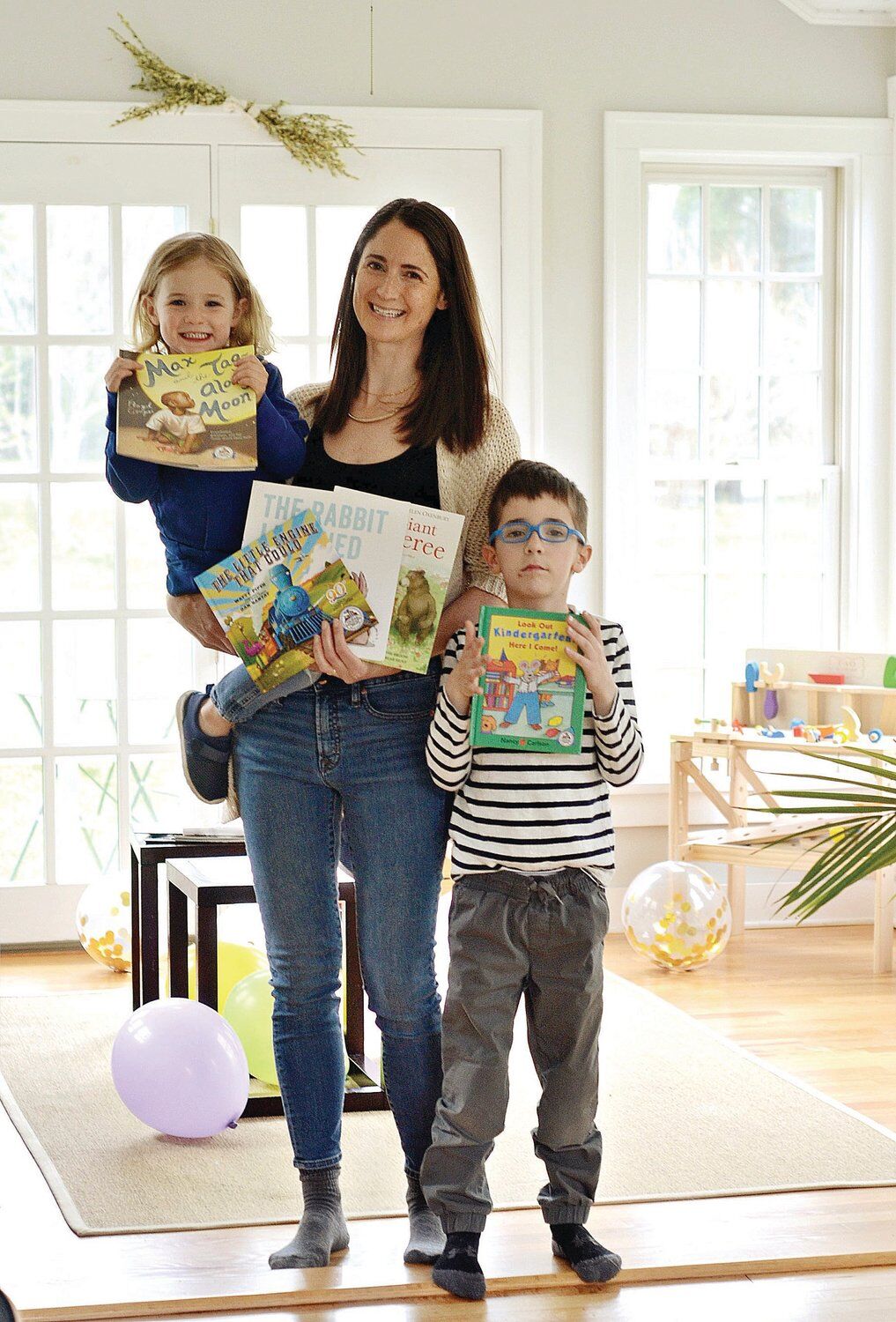 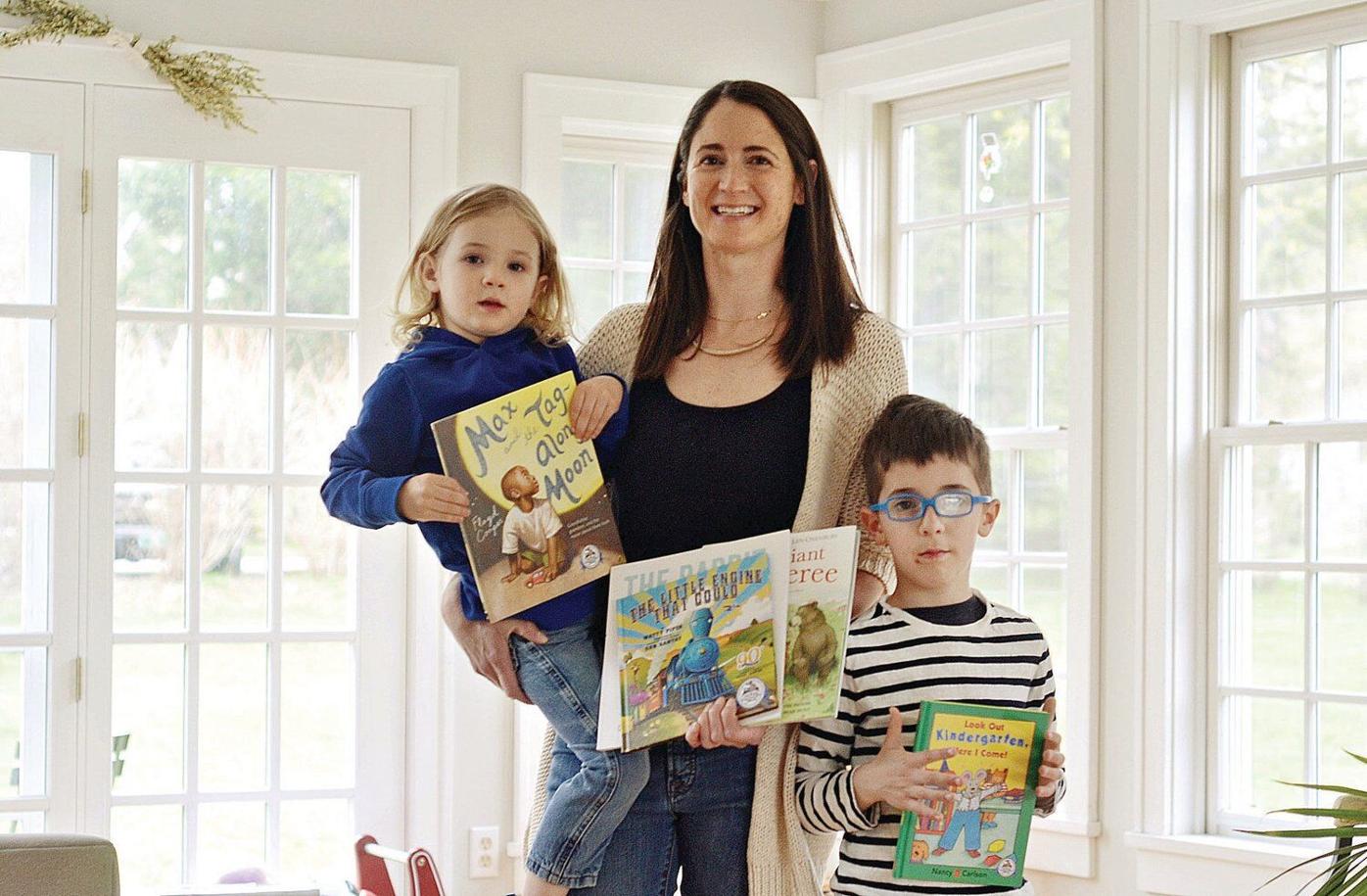 RUPERT — Three-year-old Fox Czahor loves to check his family's mailbox to see if anything had come for him. Every month, as expected, he and his baby brother Woodrow each receive a book from country music legend Dolly Parton's Imagination Library.

"He gets so excited to get his book each month, and loves reading his baby brother his book too," said their mom, Casey Czahor.

Fox signed up for the children's program in July and has since received nine books. His favorite is "Milo's Hat Trick" by Jon Agee, a tale of a struggling magician who teams up with a bear that can do tricks.

In East Dorset, siblings Sam, Cora and Jack Dunne get excited too whenever they open their post office box and see that another book has arrived.

Every night, the children gather around their mom Sabrina Dunne, who reads aloud each child's book. The routine apparently takes around 45 minutes since the children, who are between 2 and 5 years old, ask a lot of questions about the stories.

She means Nicole Campbell, founder of Shire Kids, a nonprofit organization that partners with the Imagination Library to bring books to children under 5 throughout Bennington County. There are no income restrictions on participating families; the only requirement is to have a mailing address in the area.

The organization also serves Danby, in Rutland County, among the towns closest to Campbell's Dorset residence and where some of her early participants originated.

Signing up hundreds of kids

Since Campbell launched Shire Kids in July, 800 children have already signed up with her program. Her long-term goal is to enroll all eligible children living in Bennington County — that's 1,600 little ones, according to the latest U.S. Census Bureau data.

"I want every child that has the interest and the family that wants free books for their children to have them," said Campbell, 37, who runs the organization singlehandedly.

She eventually wants Shire Kids to cover all of southern Vermont: Windham County, Rutland County and Windsor County. But right now, she needs to continue raising money to ensure the program keeps going.

The Imagination Library, established in 1995 by Parton's Dollywood Foundation, publishes and mails books to enrollees each month. Since its founding, it apparently has distributed more than 136 million books in the United States, United Kingdom, Canada, Australia and the Republic of Ireland.

It relies on community-based partners to run the program locally. The work includes finding participants, submitting monthly orders to the Library, as well as raising funds to cover a portion of the books' cost.

The organization has so far existed through grant funding that Campbell has found and donations from community members. Campbell had planned to ramp up her fundraising this spring by appealing to the generosity of small businesses in the area. She had started preparing publicity materials when the coronavirus pandemic happened, which has hurt small businesses.

Campbell has since resumed applying for grants and reaching out to people for donations. She also has publicized her fundraising drive on Shire Kids' website, Facebook page and Instagram account. To become more sustainable, Campbell said that next year she will pursue local government funding by trying to get on various town ballots.

Campbell discovered the Imagination Library in 2015 after having the first of her two sons while living in Washington. She signed up her two boys — now 3 and 6 years old — who grew to love books from an early age.

When she and her husband moved to Dorset in 2017, she learned that the Imagination Library didn't cover this area because it lacked a local partner. "That's so sad," Campbell recalls thinking at that time. "We should absolutely start it here."

She approached various organizations that might be willing to partner with the Library. When she didn't have luck finding one, she decided to start one.

"There is great need for this program here, more than other people would realize," Campbell said. "A lot of people know of Vermont as a resort-y place where they might go skiing or visit, and that is not what the real towns and real life is like here." At least 70 percent of Shire Kids enrollees, she said, live in the town of Bennington.

Whatever money Campbell raises goes to pay for the children's books, so she sometimes has to spend her own money for office supplies or to mail extra books. She spends 20-25 hours a week on her Shire Kids work, time that she also donates.

"When my few hours of time could create full, little libraries for every child," she said, "it's 100 percent worth it."

With children homebound during the pandemic, the Imagination Library books have apparently helped parents come up with activities for the little ones.

Casey Czahor, for instance, said she has used some of the books for her two boys' afternoon story time.

Editor's note: This reporter has received a book from Shire Kids.