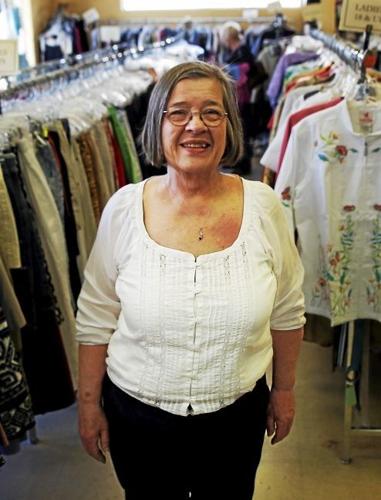 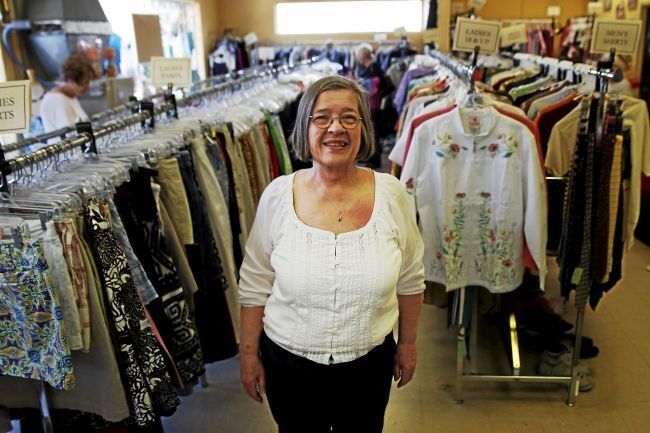 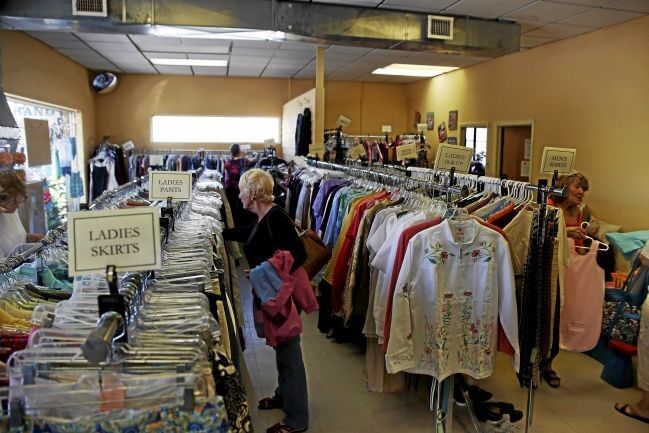 Shoppers at Second Hand Rose in Bennington look for deals at this thrift store that has been in business for 25 years.

Shoppers at Second Hand Rose in Bennington look for deals at this thrift store that has been in business for 25 years.

Theater groups come in looking for clothing to make costumes, parents come to buy wardrobes for their children and recently an interior decorator bought some old records to give his project a more vintage look.

On top of being a retired nurse, Bastarche has now owned and sustained the business of Second Hand Rose for 25 years, and she has no plans to go anywhere.

Bastarche originally opened the consignment store with her friend Sue Harris in 1990 the Hotel Putnam building at the intersection of Main and South streets. Two years later, they moved to the current Depot Streets location, a property with a parking lot and display windows that greatly benefited the business. Harris no longer co-owns Second Hand Rose, but the two remain friends, and Harris later wrote a book titled "The Consignment Workbook: How to Make Money Selling Used Goods on Consignment" based on the knowledge she developed while running the store.

The way Second Hand Rose works is people with something to sell — consignors — bring gently used clothing to Bastarche and if it sells within six weeks than the consignor gets 40 percent of the selling price. Whatever does not get sold is donated to Green Mountain Christian Ministries for use by people in need.

"I try not to take clothing over five years old unless they are nice vintage or antiques," said Bastarche.

Though her advertising budget is limited, Bastarche spreads the word about her store through the Bennington Area Chamber of Commerce's visitors guide, as Second Hand Rose is a chamber member. New customers come to the store for reasons that might not be the first to come to mind when thinking of consignment stores. Some have stopped by on their ways to work after spilling coffee on their clothing.

In addition to having clothing for men, women and children, Second Hand Rose sells a variety of items such as records, CDs, toys, jewelry and locally made art. Between 10 and 12 artists display their craft work to be sold on commission. One of her best-selling products by a local artist are baby's bibs made by Hiz and Herz made by Matt and Laura Bittel of Arlington. Jewelry-wise, Bastarche buys much of the pieces that she sells in the store from a seller in New York City.

Bastarche does not have a particular formula for keeping Second Hand Rose running for the past 25 years, but she has noticed selling patterns. When the economy is weak, she gains new customers who might not want to buy brand new clothing, but loses her regular customers who cannot afford to buy additional clothing at that time. Between October and the beginning of December is a strong selling season for her, but then winters are difficult, especially, she surmises, because people are spending their leisure money on holiday gifts.

Having stayed open for a quarter of a century, Bastarche has seen a the decade's trends pass through Second Hand Rose's doors. Her CD section used to be filled with cassette tapes. The fashion she carried 20 years ago is not what she has now.

Laughing, Bastarche commented, "The bell bottoms we have now are not how they used to be."