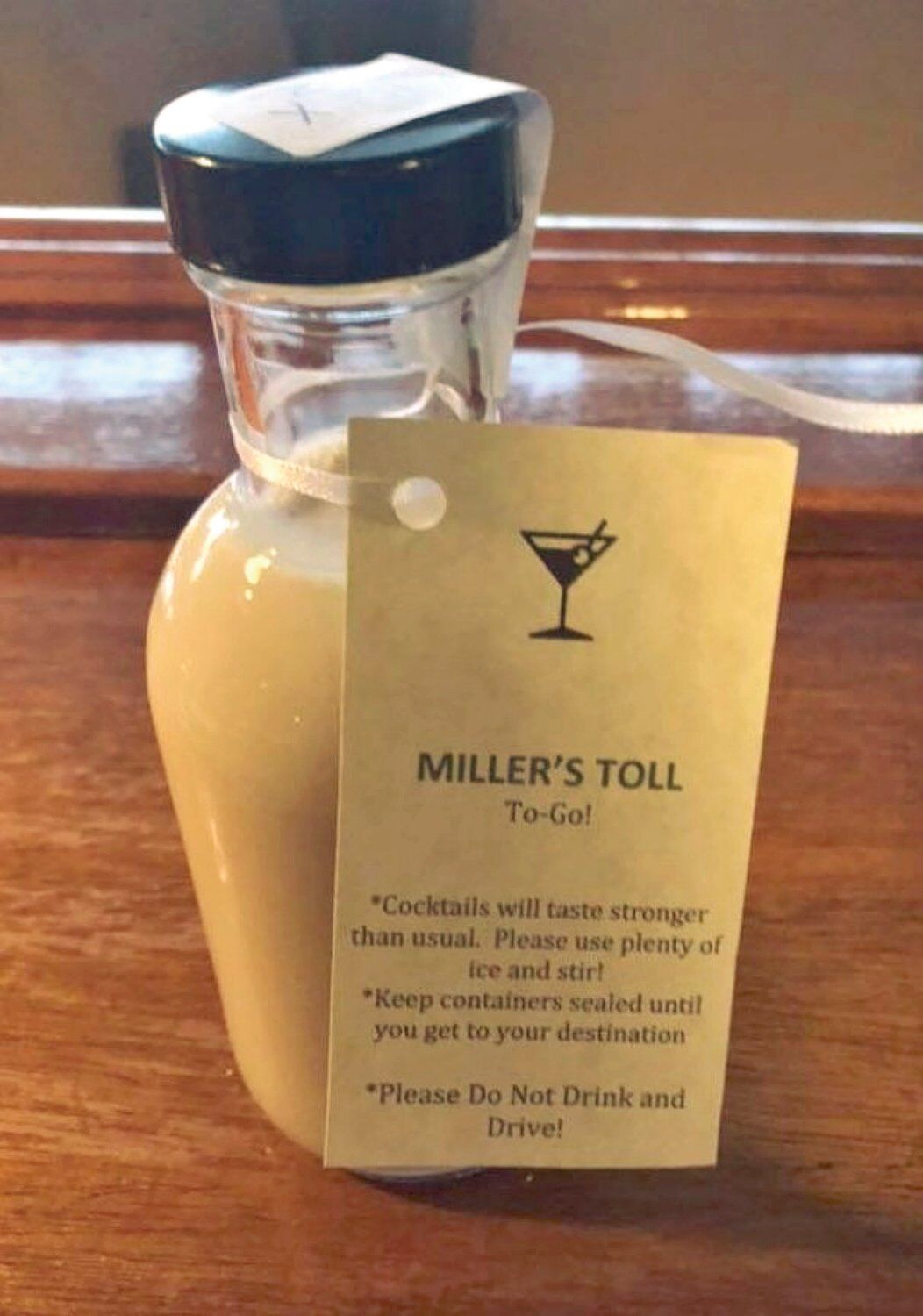 To-go cocktails were temporarily made legal under an executive order by Gov. Phil Scott. 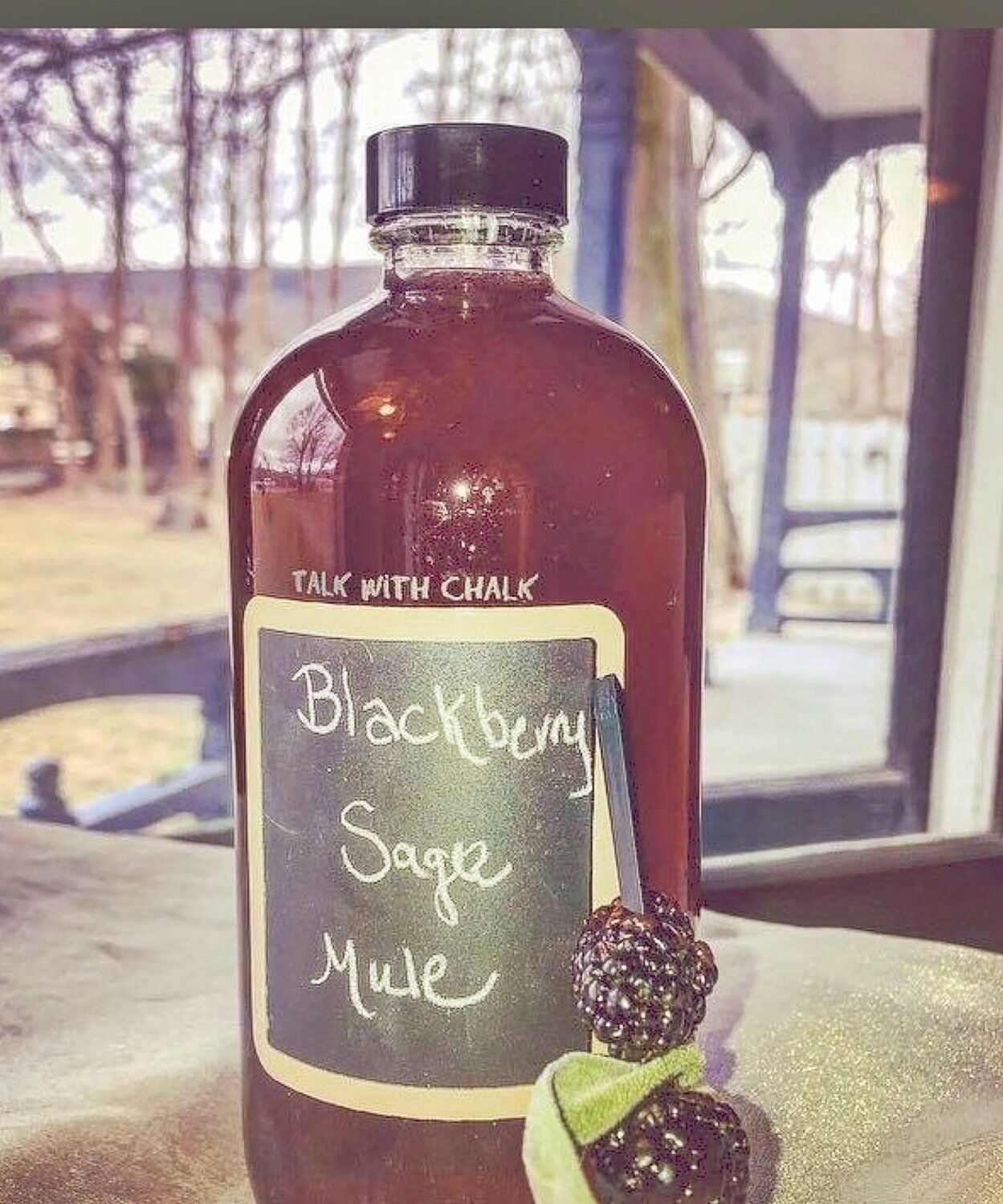 To-go cocktails, such the Miller's Toll's blackberry sage mule, were temporarily made legal under an executive order by Gov. Phil Scott. 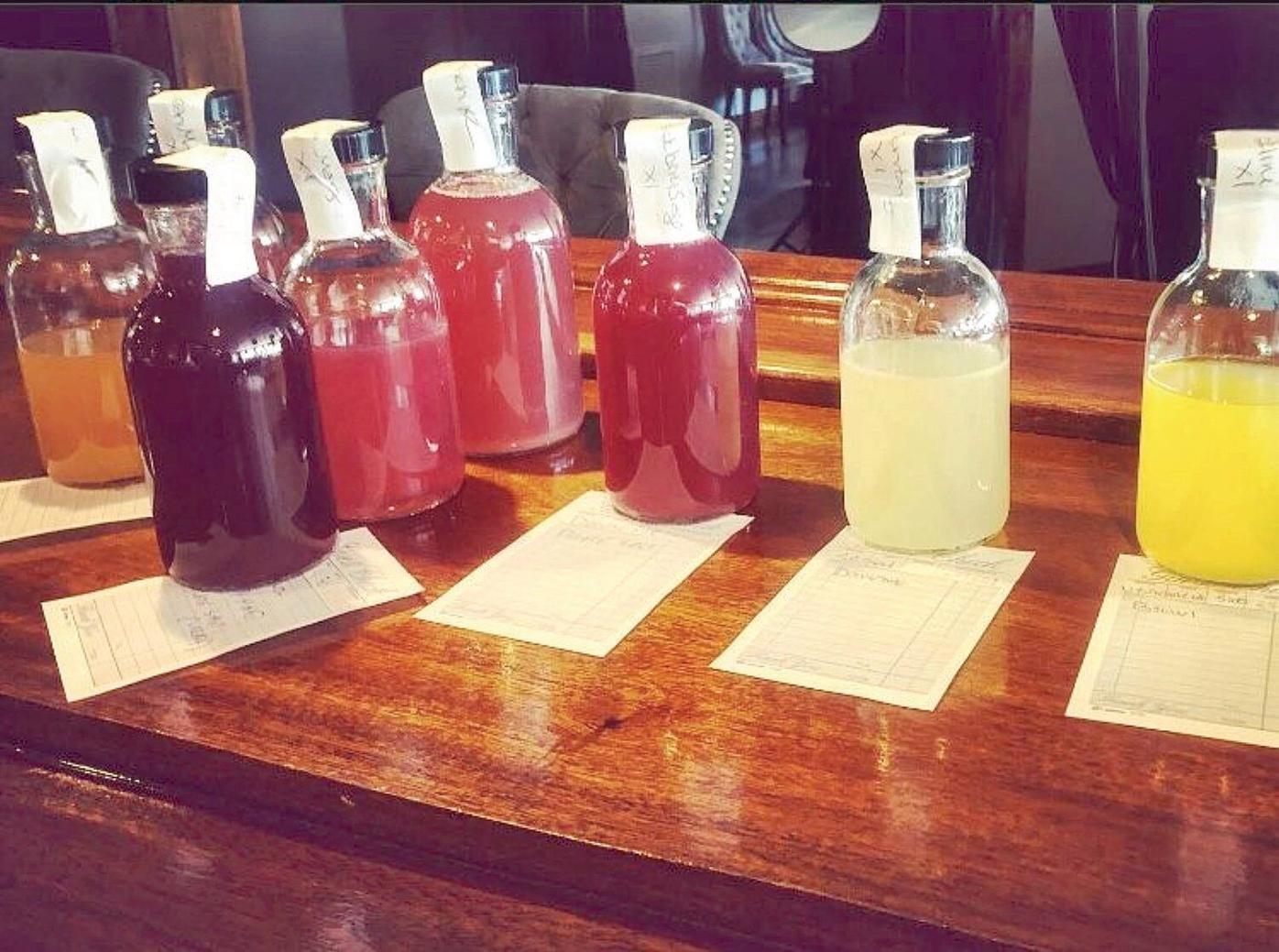 To-go cocktails, such as these sold by the Miller's Toll restaurant in Bennington, were temporarily made legal under an executive order by Gov. Phil Scott.

To-go cocktails were temporarily made legal under an executive order by Gov. Phil Scott.

To-go cocktails, such the Miller's Toll's blackberry sage mule, were temporarily made legal under an executive order by Gov. Phil Scott.

To-go cocktails, such as these sold by the Miller's Toll restaurant in Bennington, were temporarily made legal under an executive order by Gov. Phil Scott.

BENNINGTON — Restaurants and bars have made changes to their operations as they face a decline in business and state-mandated restrictions amid the novel coronavirus outbreak.

Vermont Gov. Phil Scott last week announced the statewide closure of all bars and restaurants, effective Tuesday, March 17, though the order allows those enterprises to continue to offer takeout, curbside pickup and delivery.

In light of the outbreak and the suspension of dine-in service, the Southwestern Vermont Chamber of Commerce's annual Restaurant Week was rechristened Takeout Week. The event started Sunday, March 22 and continues through Saturday.

More than two-thirds of the Bennington Pizza House's normal business is delivery and takeout, making it perhaps the least affected operation of the bunch, though its volume of orders is still down, Hassett said. Vermont Confectionery has temporarily closed, though Bringing You Vermont and the general store are still offering the candy shop's products and fielding orders for Easter.

Hassett said he has had to lay off nearly all of his employees, essentially leaving him and his wife and children to staff the three still-open establishments.

Bringing You Vermont, a country store and cafe located at 434 Main St., has taken a hard hit because owners and employees of other downtown businesses and agencies have constituted a major part of its clientele for breakfast and lunch, Hassett said.

Elm Street Market owner Ted Cutsumpas said on Wednesday that "business has been cut by half," at least partly because all of his catering orders for institutions and companies has stopped.

Cutsumpas said he has not yet laid off any employees, though hours have been adjusted. The market has also started to stay open later and launched an online ordering platform, he said.

Call-in lunch orders have been somewhat steady, Cutsumpas said, and the market has tried to limit store access to no more than two customers at any one time.

One challenge amid the uncertainty is attempting to assess the appropriate amount of deli meats and other products to order for future days, Cutsumpas said.

"There's no playbook for this," he said.

Lunchtime has been slower than usual, and dinner remains the restaurant's busiest time, he said. Business from tourists and elderly people has diminished.

At this point, the shop is committed to staying open, though temporarily closing is "an option that we've talked about," Johnson said. "As long as we're able to do things in a healthy way and people are willing to come by," he said, the business will continue operating.

The shop does not offer delivery currently. One challenge for handling curbside pickups, Johnson said, is the lack of convenient parking near the shop.

Lil' Britain has been following guidelines from the Centers for Disease Control and Prevention and the Vermont Department of Health, Johnson said.

Johnson has not needed to lay off any employees at the shop, which already had a small staff, he said.

Sales last weekend for The Miller's Toll, a craft cocktail bar located at 716 Main St., "were similar to a regular weekend except a little down" because the business, normally open on Thursday, Friday and Saturday, was open only the latter two days, co-owner Lisa Harrington wrote in an email on Wednesday.

Scott last week directed the Vermont Department of Liquor and Lottery to allow restaurants and bars to offer alcoholic beverages, including mixed drinks, for takeout and delivery.

"The switch from [a] laid back, relax with a cocktail and friends atmosphere" to a takeout operation "was quite a transition," Harrington wrote, explaining that the business previously handled only one or two to-orders every weekend "at most."

"We ended up making our traditional drinks without ice, room [temperature] to prevent drinking in the car on the way home, adding a sticker to seal the bottle, directions on how to prepare the cocktail, and a warning to not open before getting to their destination and not to drink and drive," Harrington wrote.

The response from customers has been positive, Harrington wrote. "We had a great first weekend."

One concern going forward is the continued availability of certain ingredients, she wrote.