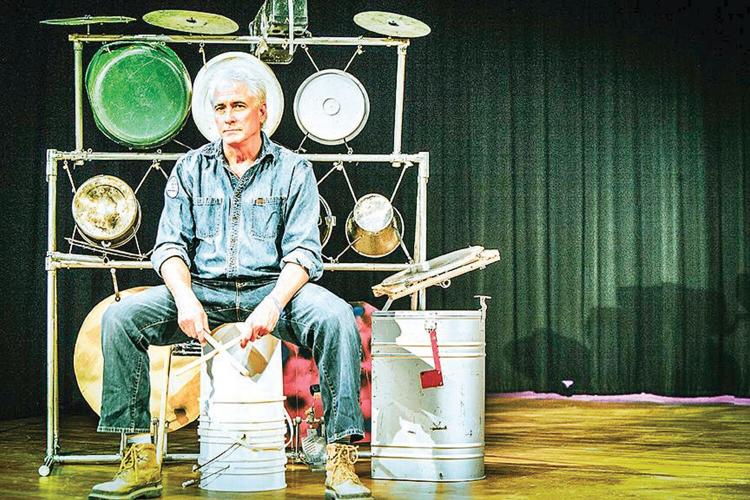 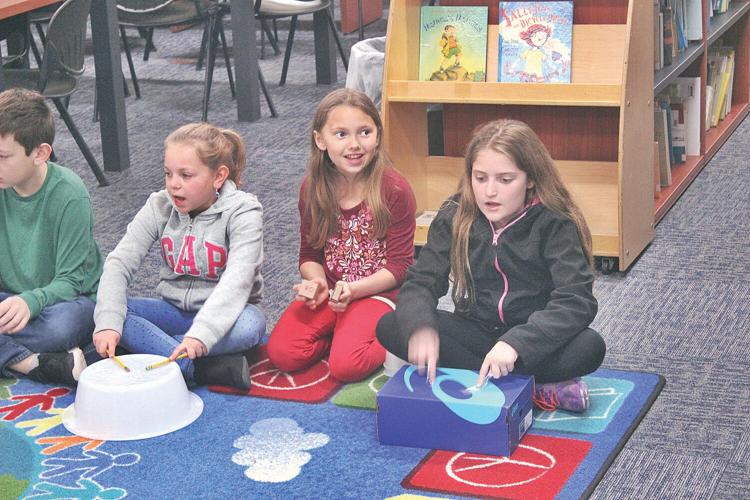 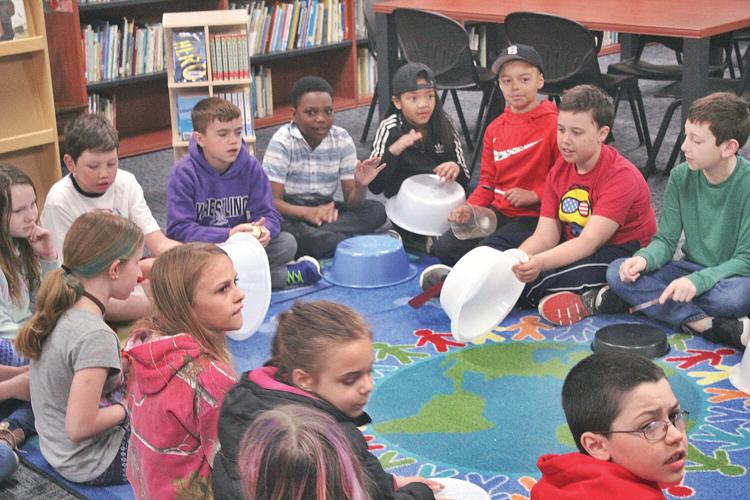 BENNINGTON — Less than a week after Earth Day, students at Molly Stark Elementary School were visited by the Junkman.

Technically, the Junkman, whose real name is Donald Knaack, was in Brixham, England, but the longtime Manchester resident took the time to video chat with a group of students, introducing them to his signature percussion style, which uses recycled and reused objects of all sorts as instruments.

Knaack led the students in a series of "eco chants," in which everyone drummed and chanted in rhythm to eco-friendly phrases like "Don't let the water run," "Use less bathwater," "Don't be a litterbug," "Always throw it in the can," and "Buy less, waste less."

"We're all creatures of habit, so one of the things we can do is start to change our habits," he said to the students.

Molly Stark librarian Allyson Hoffman met Knaack when they collaborated on the music video for his song "Litterbug," which features local students and scenery. When she asked him if he would do something with her students for Earth Day, he was happy to oblige.

Knaack, who currently lives in Brixham near the Berry Head Global Geopark, is an environmental art education ambassador for the United Nations Educational, Scientific and Cultural Organization. He graduated from the Manhattan School of Music and his album Junk Music was nominated for a Grammy. He and his music have been featured on Late Night with Conan O'Brien, CBS Sunday Morning, CBS News, National Public Radio, BBC, Associated Press and a front page story in Billboard magazine.

Knaack said that his father was an auto mechanic, so he grew up around the sounds of his garage. While studying music composition, he wrote a percussion piece featuring screwdrivers, pipes, and more, and The Junkman was born.

"I found the sounds of junk to be far more diverse," he said. "I basically started writing for these sounds and never went back." Compared to typical percussion instruments, Knaack said that he can get hundreds of thousands of different timbres using everyday objects. "There's essentially no limit."

When he began writing and performing his "junk music," Knaack said that the environment wasn't on anyone's mind. As people become more conscious of conservation, however, he saw it as his responsibility to weld a message of sustainability into his performances. That remains a core component of his message, and all of his performances are done on recycled materials. "More than ever it is necessary to be promoting the environment," he said. "The madness has to stop. There are so many things teetering on the brink of extinction."

Knaack said that working with students and teaching them about the importance of the environment is, "the most important thing that anyone can be doing, because the next generation is going to have the ability to drive this where it needs to go."

Those interested in learning more about Knaack and his music can visit junkmusic.online. For those interested in watching a live Junk Jam, on June 5, which is World Environment Day, students and adults will join together at ten Geoparks around the world for a Global Junk Jam through Google Hangouts. The performance will be broadcast live on YouTube. More details, including the time of the event, will be released closer to the date.