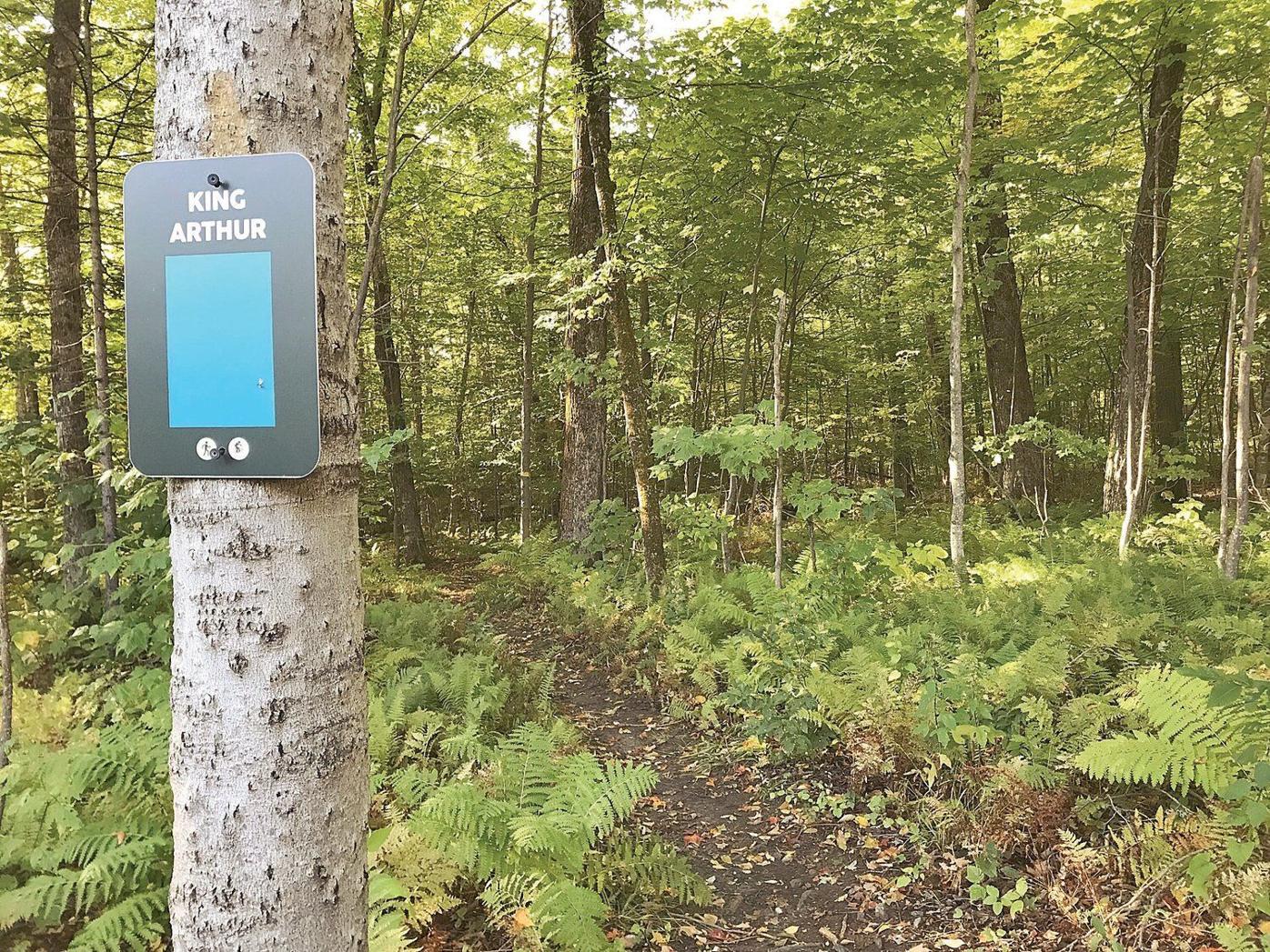 King Arthur is part of the Crosstown Trails network in Dover. 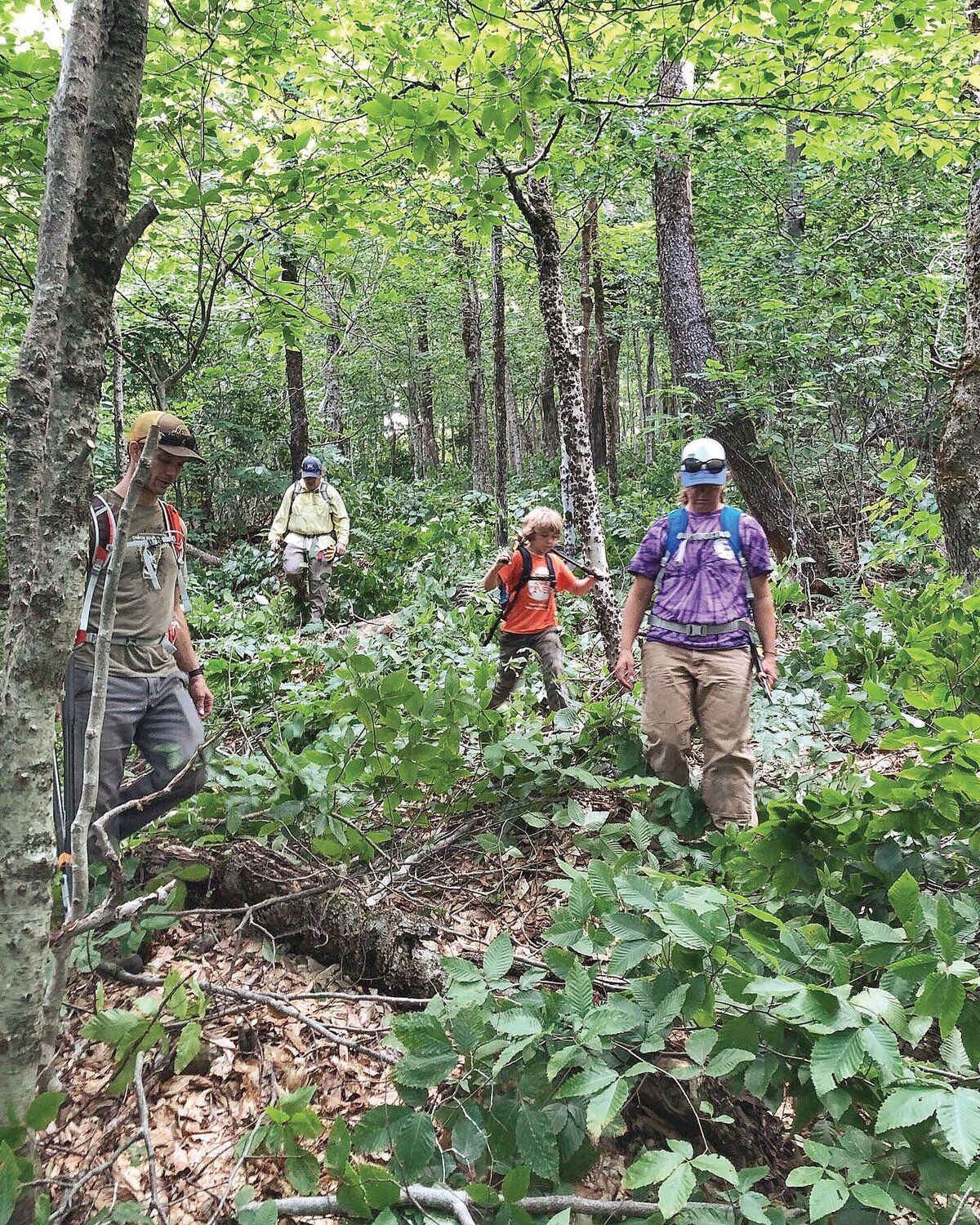 A volunteer crew from the Dover Area Recreational Trails Committee works on the Crosstown Trails near the Mount Snow Golf Club.

King Arthur is part of the Crosstown Trails network in Dover.

A volunteer crew from the Dover Area Recreational Trails Committee works on the Crosstown Trails near the Mount Snow Golf Club.

DOVER — An approximately 50-acre property off Route 100 recently purchased by the town — with the intention of linking the paved Valley Trail with the Crosstown Trails by the Mount Snow Golf Club and a backcountry area between Mount Snow and Haystack — is anticipated to see a lot of building and sculpting over the next five years.

"That property is huge for us; it has so much potential," said Tim Shannon, member of the Dover Area Recreational Trails Committee's trails subcommittee. "It's amazing. It's a huge maple forest."

The plan is to have a temporary loop for snowshoe users and cross-country skiers plus two small backcountry touring areas ready to ski or snowboard by this winter. The land has a steep pitch so there are plans to build an approximately 1-mile bike loop then an approximately 1-mile hiking trail with beginners in mind in what Shannon described as "the first major phase."

The trails will connect to the Crosstown Trails, which goes to Handle Road, where there is access to the Deerfield Ridge Trail between Mount Snow and Haystack Mountain. Shannon said the Ridge Trail project is set to be discussed in a second public comment period with the United States Forest Service this fall or early winter.

"They've kept everything in, which is really positive for us," he said, referring to a proposal to expand backcountry access for biking, hiking and skiing. He expects to start developing the area by spring of 2020 at the earliest.

Subcommittee member Steve Petrik said the forest service purchased an additional piece of property so the Ridge Trail could be accessed from Handle Road.

The project to develop the trail is supported by Mount Snow but is not being organized by the resort. (Shannon works there and Petrik teaches ski school there.)

"We're thrilled to see more and more trails and trail networks being developed to better connect our valley and to allow visitors and locals alike the ability to get outdoors and enjoy everything the Deerfield Valley has to offer," said Jamie Storrs, resort spokesman.

Shannon said the forest service requested that those interested in the project join a non-profit organization to support the trail system.

Both of the bigger associations "provide us liability insurance," said Petrik. That covers landowners, association members, and volunteers and association officers working on the properties. The two groups are expected to help with outreach, organizational structure and publicity as well.

The subcommittee also is working with the Deerfield Valley Stump Jumpers on creating a trail to get to 7-Eleven on Route 100 for gas and other businesses.

Inspired by the Kingdom Trails in East Burke and Pine Hill Park in Rutland, Shannon said trail expansion in Dover "could change the game here."

"Dover is extraordinarily unique in the fact that we are 40 percent USFS land," Petrik said. "We're basically surrounded by USFS land on both sides and to the north of us. So having good working relationships with the land managers of the USFS has been really great to getting these projects done."

Earlier this year, the town hired Weston & Sampson to develop a plan for trails and recreational venues. A survey being conducted by the consultants at surveymonkey.com/r/dovertrailssurvey seeks input from residents and visitors on what they enjoy and would like to see expanded in Dover.

Petrik said one of the goals is to find neighborhoods looking for connections to trails. He anticipates the survey will be closed the week after Oktoberfest is hosted at Mount Snow on Oct. 12 and 13. He hopes to have a booth at the resort during the event to increase participation.

For the plan to be successful, Shannon said, "it's going to require a lot of cooperation from landowners to work with us to create recreation in their backyards. That's going to be huge."

Petrik said the trail build out will not cost anything.

"This isn't a for-profit network," he added.