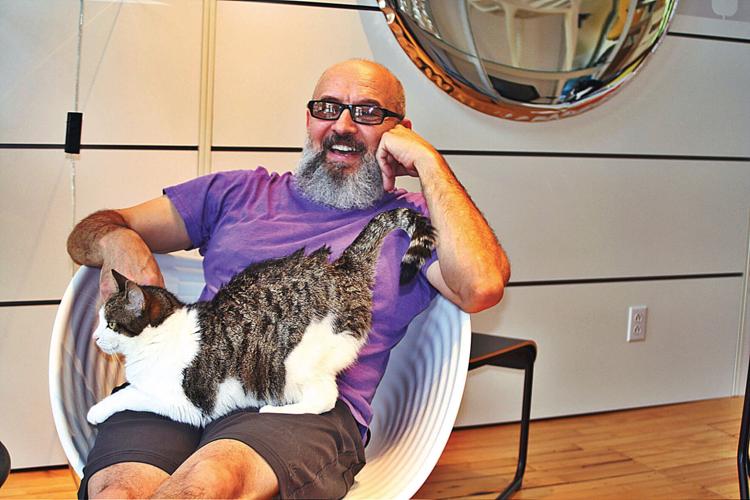 Precious curls up on Steve Dunning's lap at Circa50 in downtown Manchester. 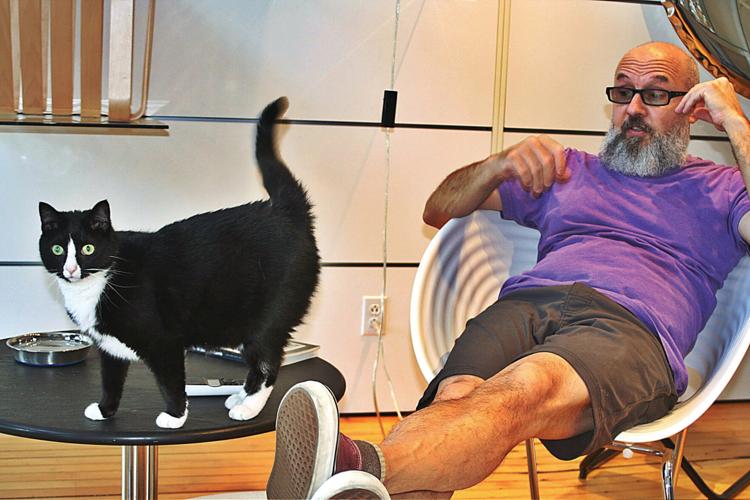 Steve Dunning and Beanie Weenie at Circa50 in downtown Manchester. 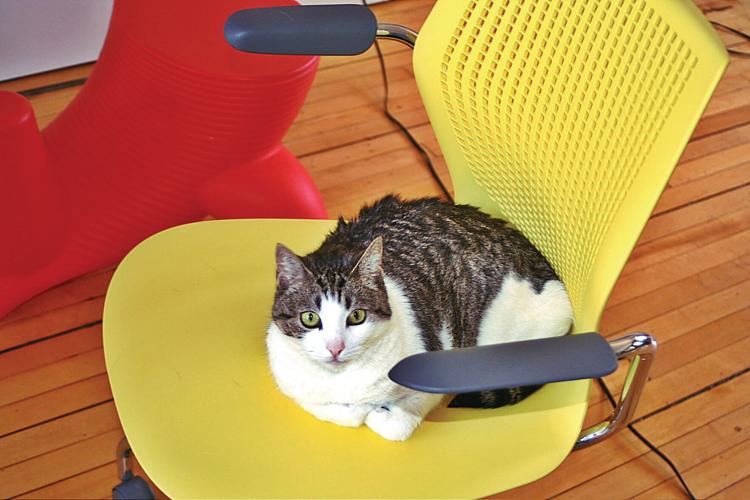 Precious rests on a piece of furniture at Circa50 in downtown Manchester. 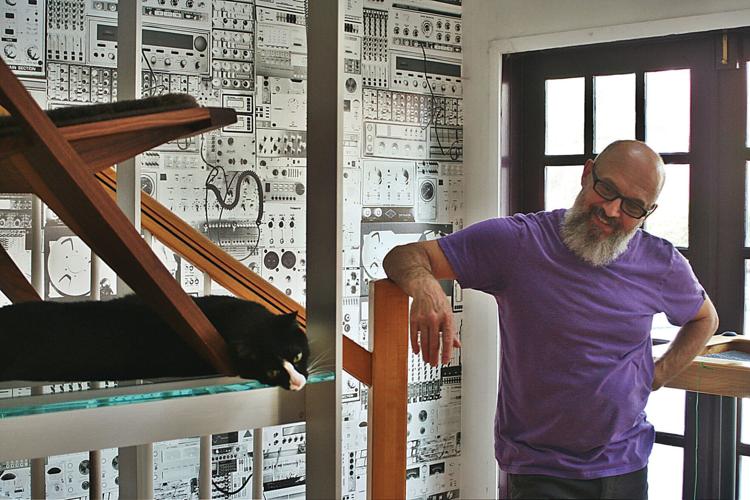 Steve Dunning looks on as Beanie Weenie hangs out.

Precious curls up on Steve Dunning's lap at Circa50 in downtown Manchester.

Steve Dunning and Beanie Weenie at Circa50 in downtown Manchester.

Precious rests on a piece of furniture at Circa50 in downtown Manchester.

Steve Dunning looks on as Beanie Weenie hangs out.

MANCHESTER — For locals and visitors alike, the 10 cats that found a home at Manchester's local furniture store Circa50 have become something of a town icon.

While visiting Manchester a year ago, Pennsylvania author Phillip Tietbohl recognized the fame these felines have accrued and decided to collaborate with Circa50's owner Steve Dunning for his new book "A Collection of Cats."

"Exactly a year ago, Philip came into the store and he asked the normal questions like how many cats I have, and that was about it," said Dunning. "Philip is a writer, and he asked me what happens at night when I close up. I told him I think they have a ball."

Tietbohl was instantly inspired, and soon followed up with Dunning for more information on the gang.

"On the way home he kind of wrote the first poem in his head, and one poem led to another until it just became this creative burst for him to write about the cats," said Dunning. "Every now and then he would e-mail me and ask me for their names, and to learn a little something about them and their character."

"I was outside of my store four years ago, and I overheard a conversation from some women who worked next door. They were talking about these little kittens behind the building," said Dunning. "I thought, `I know where this will lead, I don't go back there anyway, so I'm just going to ignore that.' But then I was going to my car one day, and there was a little kitten popping out of the bushes. I knew that I had to do something."

Dunning procured a "Have a Heart," trap for the kittens and easily captured them soon after. Upon bringing them to the Second Chance, the store owner realized that the growing feline population had been a problem on Main Street for years.

"Retailers on my street had been scooping up kittens and bringing them to the shelter every time there was a litter," said Dunning. "I knew we had to spay and neuter these cats to stop this from happening."

Dunning methodically captured the cats on Main Street in Manchester until most had been spayed or neutered by the Green Mountain Veterinary Hospital.

"Everybody is spayed and neutered now so we don't have kittens every year, which makes me very happy," said Dunning. "We always talk about rescuing an animal from the shelter, and you do, but this really is rescuing an animal that was not fed, and giving them a home."

Though Dunning initially put the captured cats up for adoption, he has cultivated a close family of felines in the past few years. Ten cats now reside permanently in Circa50, and they can be often seen lounging in the windows or on the furniture.

"I had no idea how many cat lovers there are. People just stand outside of the store day or night and look at the cats," said Dunning. "They're great entertainment when I'm closed; I'll drive by sometimes at night and there will be over a dozen people at my window."

Though many curious visitors pass through the store, it seems that Dunning and Tietbohl have developed a unique friendship in the process of creating "A Collection of Cats."

"It was interesting that he wrote about Carpathia singing, because I had never told him that she does sing -- when I'm feeding them, she gets so excited that she lets out this soprano note that Renee Fleming would envy," said Dunning. "That kind of floored us both that there was this sort of telepathy there, that he was picking up on things that we never discussed."

While there are no set plans to produce another book, the door remains open.

"I'd like to see us get an illustrator involved to do a nice cover design and some illustrations of the cats," said Dunning. "It's like Dr. Suess: At first it comes off as kind of silly but it has this embedded wisdom that you don't notice unless you're an adult."

In the meantime, Dunning will continue to care for his considerable cat menagerie.

"I've always been a cat person, but always to the normal level where I've had one or two. Never this many," said Dunning. "It was a mission. It wasn't really something that I decided to do, but it kind of came to me."

Signed copies of "A Collection of Cats," can be found at Circa50 at 4898 Main Street in Manchester Center.