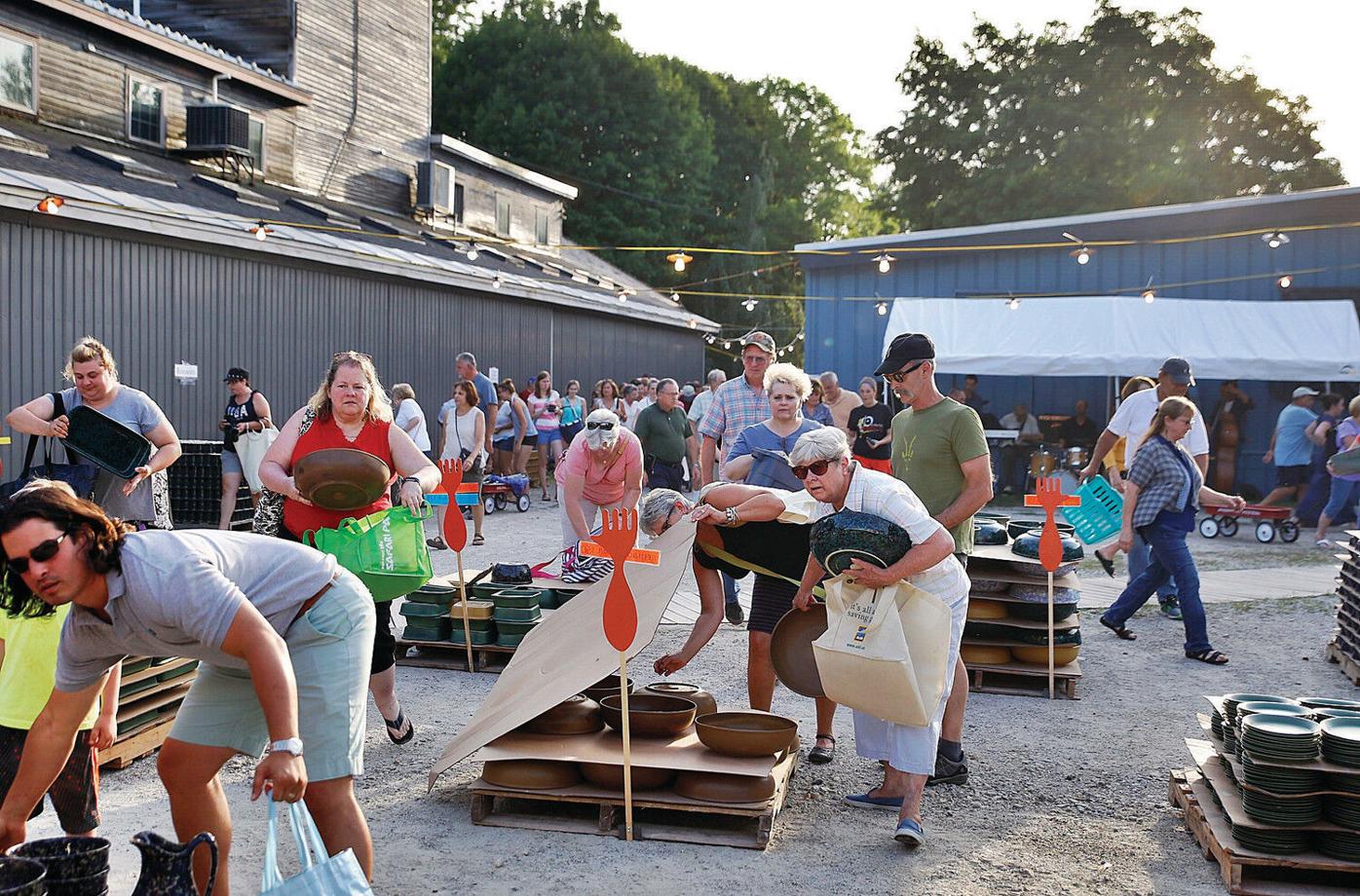 Shoppers rush the tents to scoop up deals at Bennington Potters, during a past year's Midnight Madness sale. 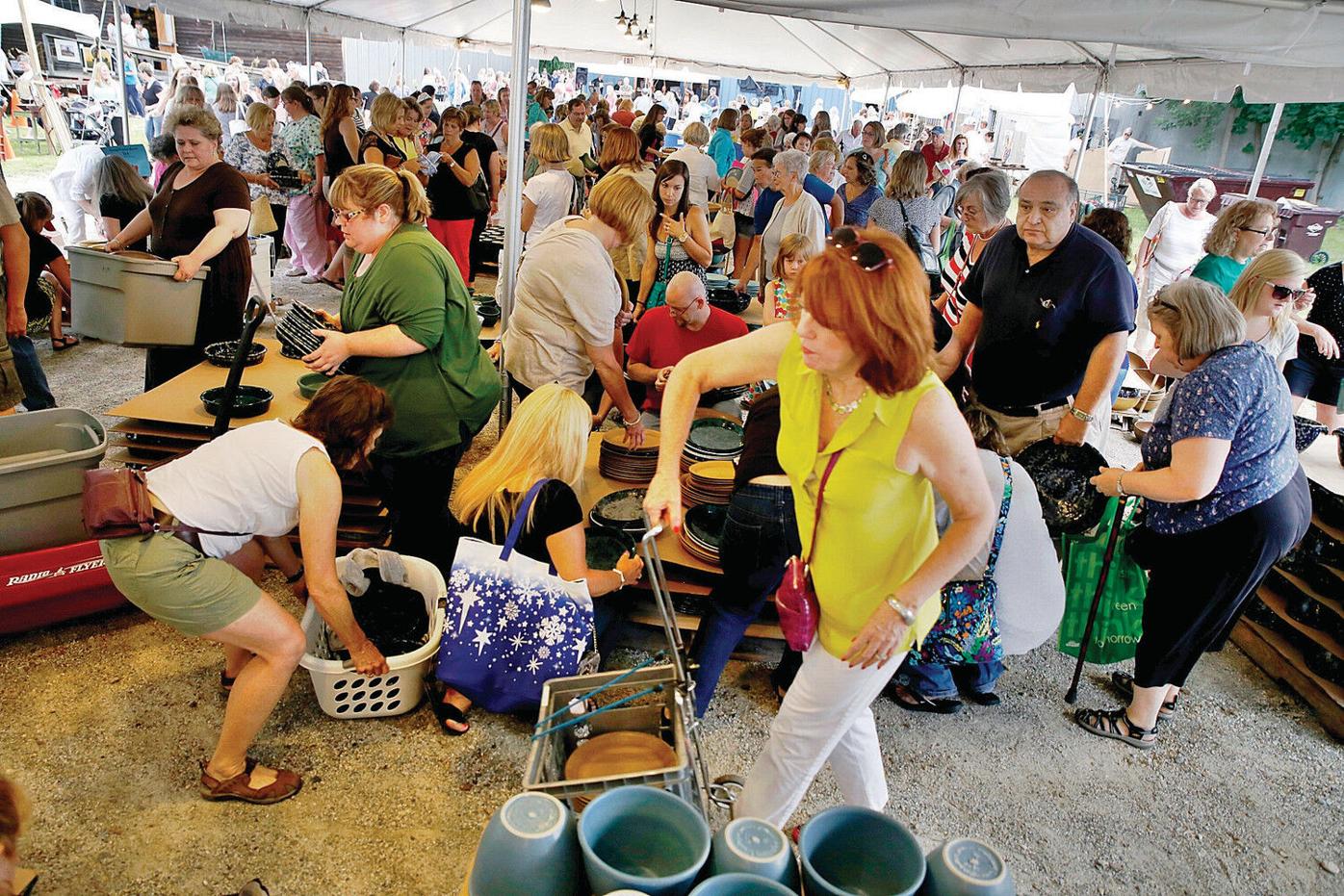 Shoppers swarm the pottery tent at Bennington Potters in search of bargains during a past year's Midnight Madness sale.

Shoppers rush the tents to scoop up deals at Bennington Potters, during a past year's Midnight Madness sale.

Shoppers swarm the pottery tent at Bennington Potters in search of bargains during a past year's Midnight Madness sale.

BENNINGTON — For the 55th year in a row, Midnight Madness will bring a night of shopping, dining and activities to downtown Bennington.

From 7 p.m. to midnight Thursday, various downtown shops and restaurants will stay open late to feature sales and specials; however, it is up to the individual businesses to decide if they will stay open until midnight.

Bennington Potters may be one of the most recognized participants of this event. Perhaps the reason this sale is so popular is that it's the only day customers can receive deep discounts on the pottery.

In addition to the sale, Bennington Potters will have live music, food, and a bouncy house for the kids. The sale starts no earlier than 7 p.m., said retail manager Joyce Hall.

"Hopefully it will be a success," she said. "It's been growing every year."

The pottery sale has been known to attract customers from all over New England, Hall said, which in turn boosts downtown business. Hall says last year, the sale attracted over 2,000 people.

Another "anchor store" for Midnight Madness is Jay's Art Shop and Frame Gallery, which has participated in the event for 46 years. Everything in the store — art supplies, framed art, clothing, stationery, paint supplies, greeting cards and more- will be 50 percent off.

The only exceptions are custom framing and gift cards.

The store will stay open until midnight as it has every Midnight Madness.

Andrea Grimsley, organizer of the Summertime Marketplace, will also bring seven or eight vendors to participate in their first year of Midnight Madness.

The marketplace, which began last summer, will set up shop on the corner of Main Street and School Street in the area of TD Bank and Lucky Dragon, and will sell until 10 p.m.

Grimlsey began the summer market for independent consultants or those who have their own small businesses. Some of the offerings at the market Thursday will include Auggie's Green Mountain Kettle Corn, handcrafted signs, skincare products and accessories.

Vermont Green Grow Wellness Center, which is slated to open Saturday, will hold an open house Thursday evening so curious customers can preview the CBD products for sale. However, no sales will be made until Saturday.

Diane Perry of the Bennington Downtown Alliance says that the event is "definitely merchant run" and that businesses initiate their own promotions, deciding whether to offer a discount and how much to offer.

Midnight Madness isn't just for deep discounts, it's a prime time for entertainment too. DamnBrella, a local band that describes themselves as "improvised, electric space-jazz," will perform from 6:30 p.m. to 10 p.m. at the town offices during the event.