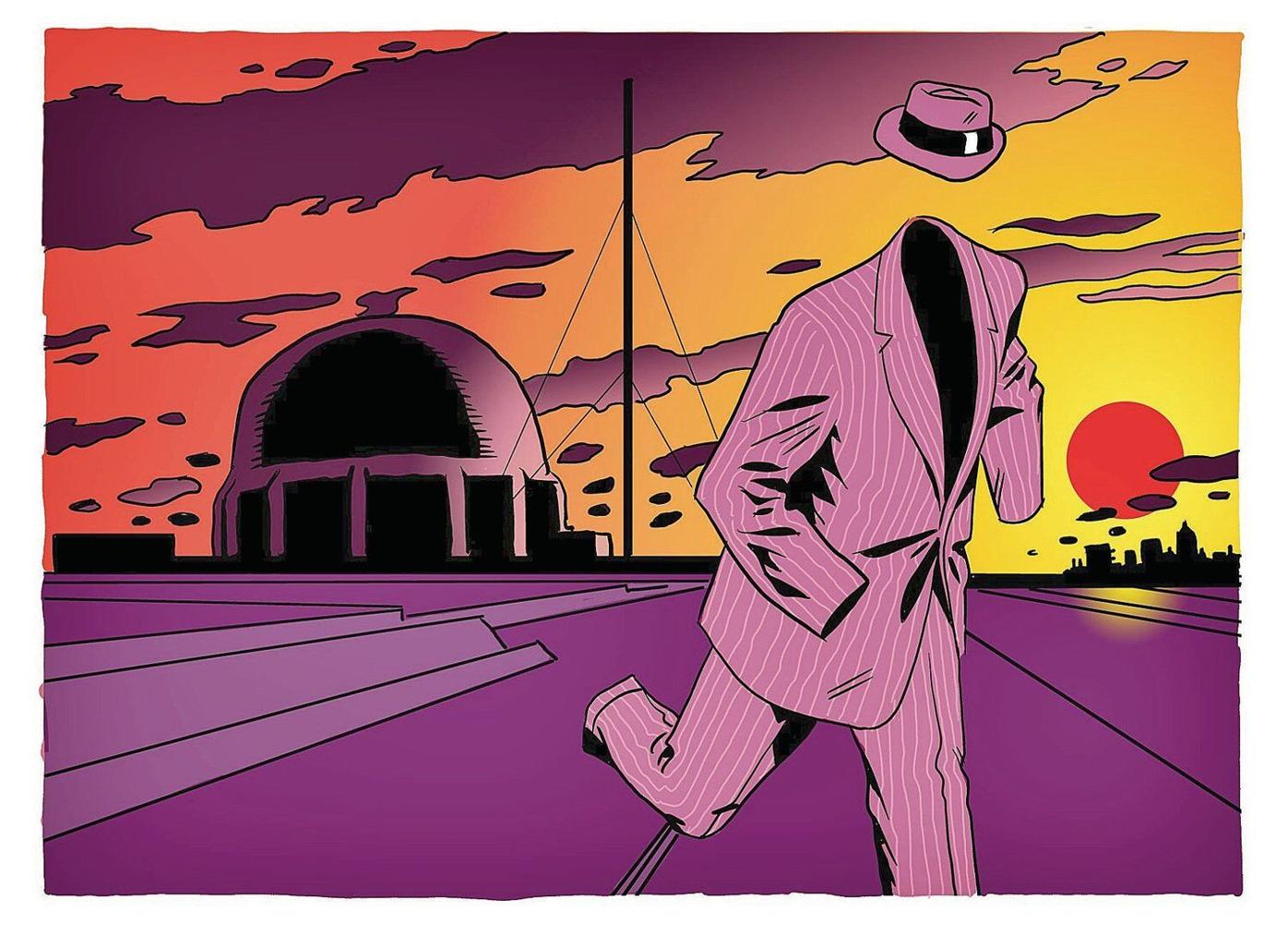 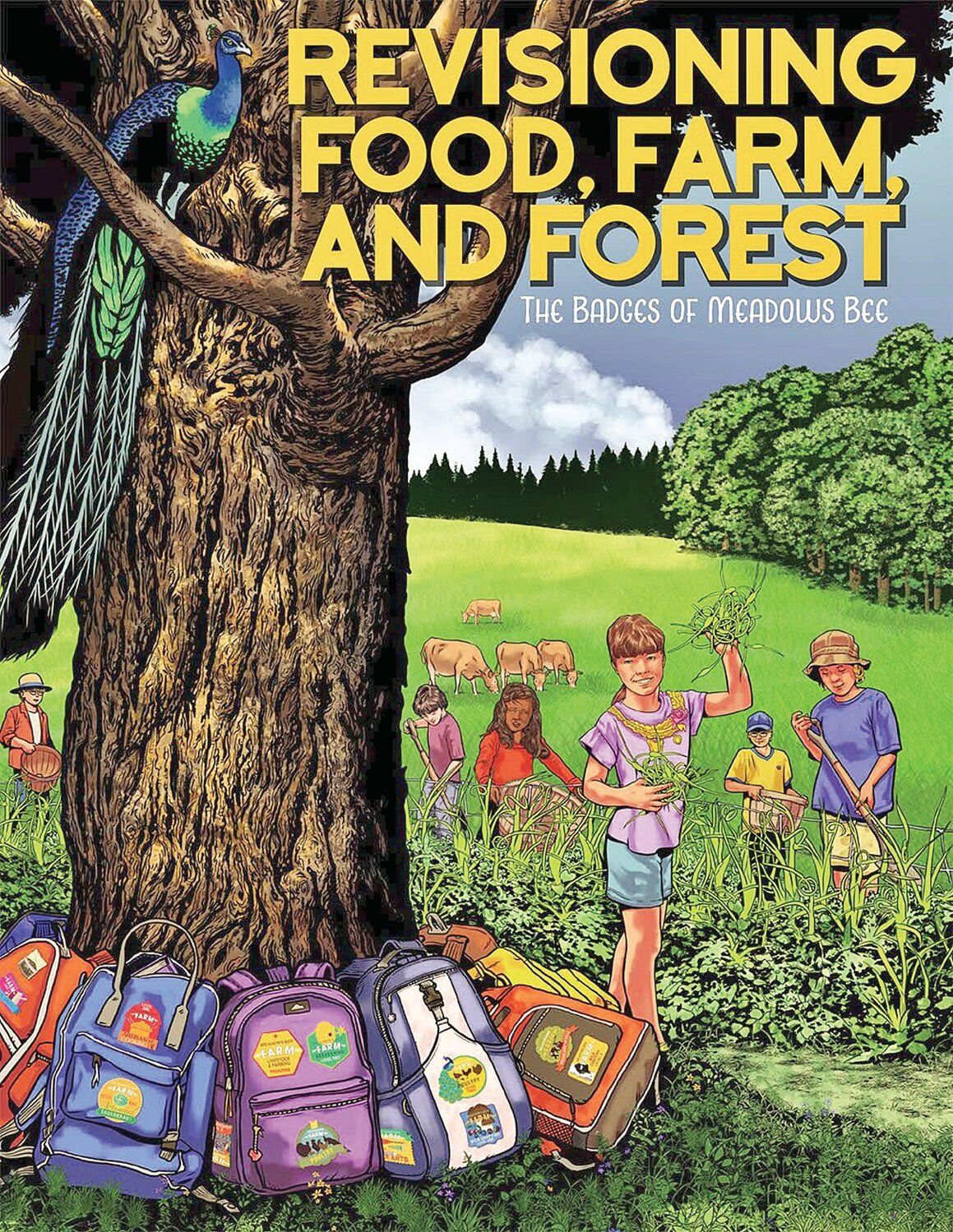 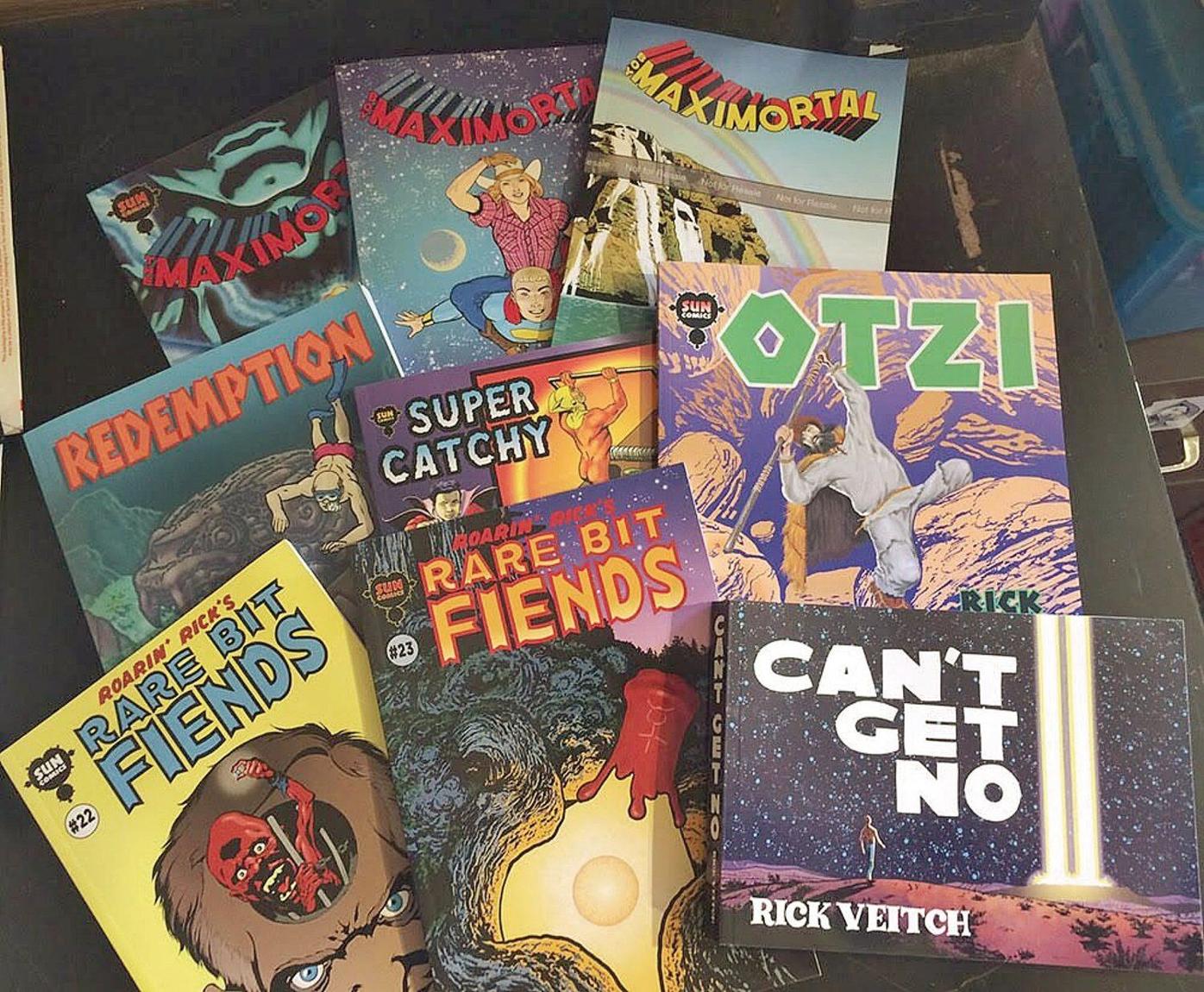 WEST TOWNSHEND — Vermont's fourth cartoonist laureate has long ties to both the comic book industry and the state he calls home.

Rick Veitch, 68, who grew up in Bellows Falls and now lives in West Townshend, recalled knowing from an early age — maybe 4 or 5 — that he was an artist.

"I can remember teaching my little fingers to hold a pencil and try to make drawings even before I was in school," he said in an interview. "But the problem with growing up in Vermont was there was very little art education. In fact, there was a lot of resistance from pretty much all of the adults to pursue the arts in a serious way."

Although Veitch was told he couldn't make a living as an artist, he set out on his own path. Around fourth or fifth grade, he started learning how to draw comic books.

The art form was considered "imbecilic" at the time, Veitch said.

"Anybody who read comics was a moron," he said, recalling "a big national crisis" in the mid 1960s where comics were thought to cause juvenile delinquency.

Still, he began copying panels and ended up creating his own "pretend" comic book company with his own cast of heroes. He considered his older brother Tom an inspiration as he also made comics.

Veitch ended up returning to Vermont, getting married and having a child. He said the national economy was "kind of a mess at the time," and the federal government started the Comprehensive Employment Training Act.

The jobs training program covered all his expenses for two years at the Joe Kubert School of Cartoon & Graphic Art, Inc. in New Jersey — a moment he considers "a turning point."

The schooling and connections led him to work on characters such as Sgt. Rock, Swamp Thing, and the Teenage Mutant Ninja Turtles. His work started appearing in publications "Heavy Metal" and "Epic Illustrated" by Marvel Comics.

His "real breakthrough," as he called it, happened with a comic book adaptation of Steven Spielberg's "1941" movie on which he collaborated with celebrated Vermont cartoonist Stephen Bissette. Veitch said everyone was happy with the project except the famous director.

"My bones were made at that point," he said. "From there, I always had work for the rest of my life pretty much."

Through the school, Veitch said he met a lot of established cartoonists and young people starting out. He also was close to New York City, where a lot of comic book business was taking place.

In about four years, Veitch made enough connections to return to Vermont, where he has lived ever since. He moved to West Townshend in 1981.

Veitch said he likes to thank the government for the jobs training program because he sees a lot of the same issues of that time playing out today. He sees many young people especially in the arts coming out of college in debt with "no forward momentum."

In the 1980s, Veitch benefited from the booming sales of comic books. And like others, he created a small company.

"It's never been as good actually," he said. "It's all been kind of downhill from there in terms of business but I got to work with terrific people. I got to develop not only as an artist but as a writer; a lot of my projects were written and drawn by me."

In 1998, Veitch helped found comicon.com, which is still running today.

"We were hoping to re-establish that wide open distribution we experienced in the '80s," he said. "We tried to do that through the internet but the internet got sewn up by Google and those guys. It worked well for a couple of years."

Before Google entered the advertising business, Veitch said he could bring in about $4,000 or $5,000 through ads. That "all evaporated and we were operating on a shoestring," he said.

Eureka works with clients to help them develop their message and turn it into a comic, Veitch said. Clients include McGraw-Hill, International Monetary Fund, PBS and Wired Magazine.

"It's a lot more lucrative than the comic book business," Veitch said. "So it makes life easier for me."

He now has more free time to explore what he described as "the wild and creative stuff that is my main goal in life." He publishes the work through Amazon's print-on-demand system.

That allows him to focus solely on the art. He can create comics without worrying about marketing or distribution.

The Green Mountain State is the only state that regularly appoints a cartoonist laureate, according The Center for Cartoon Studies of White River Junction. In a statement, Gov. Phil Scott congratulated Veitch and called the honor "well deserved."

Through a live stream event Thursday hosted by the center, Veitch was appointed as Vermont's cartoonist laureate. He was supposed to be recognized at the Statehouse that day, but the event was cancelled due to the coronavirus pandemic.

"It's a hard time," said Luke Kruger-Howard, alumnus and faculty at the center. "Long gone is the memory of the sweet smell of our coworkers' armpits and the only taste we have in our mouths is the breaking news at CNN."

At the event, Veitch said he's in no need of additional inspiration. He's currently working on another "Rare Bit Fiends" release.

Veitch told the Reformer he's "really proud of the state of Vermont for elevating this art form, which a lot of people kind of see as trash. But there's beautiful, beautiful comics that have been done and continue to be done."