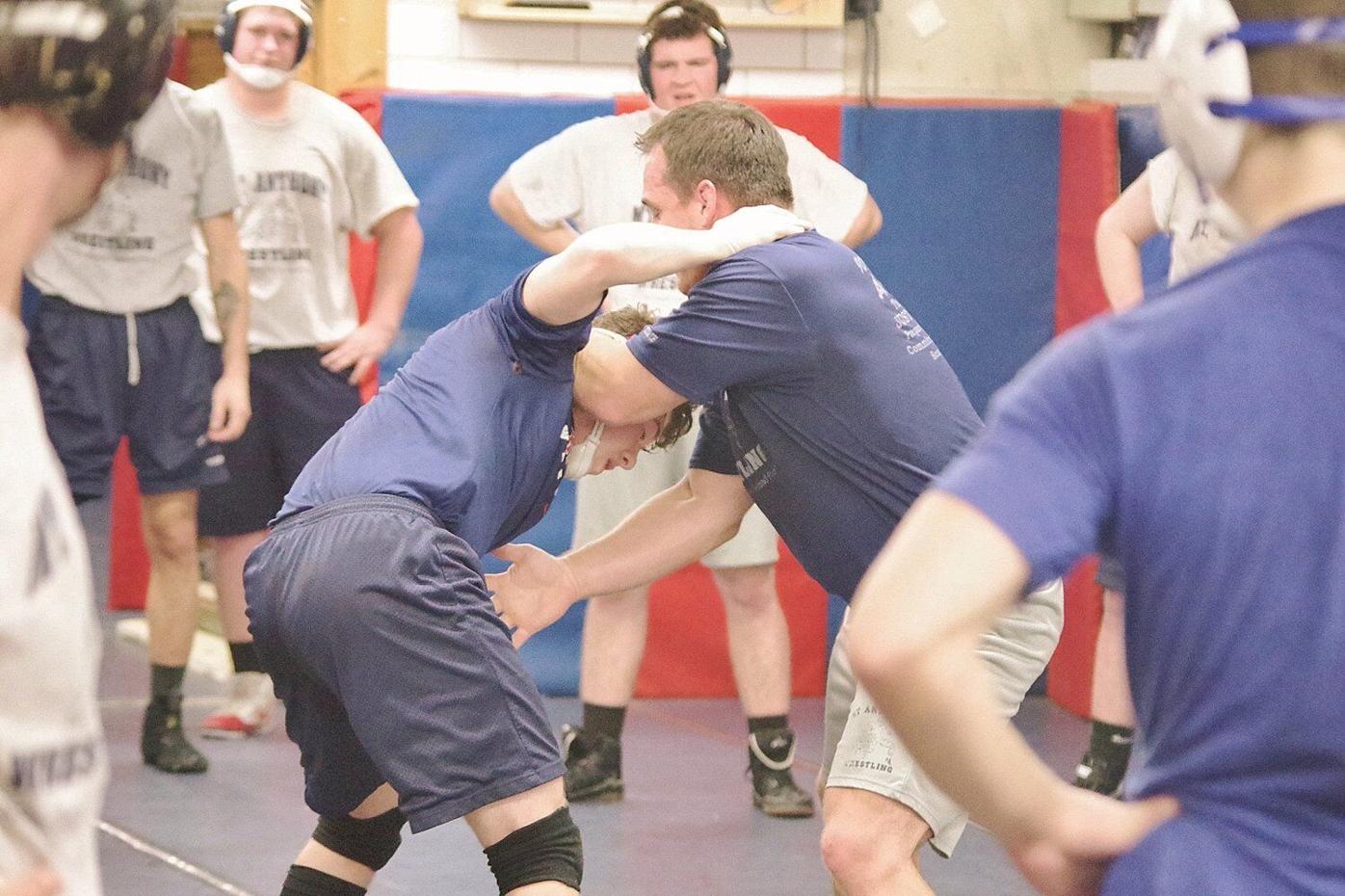 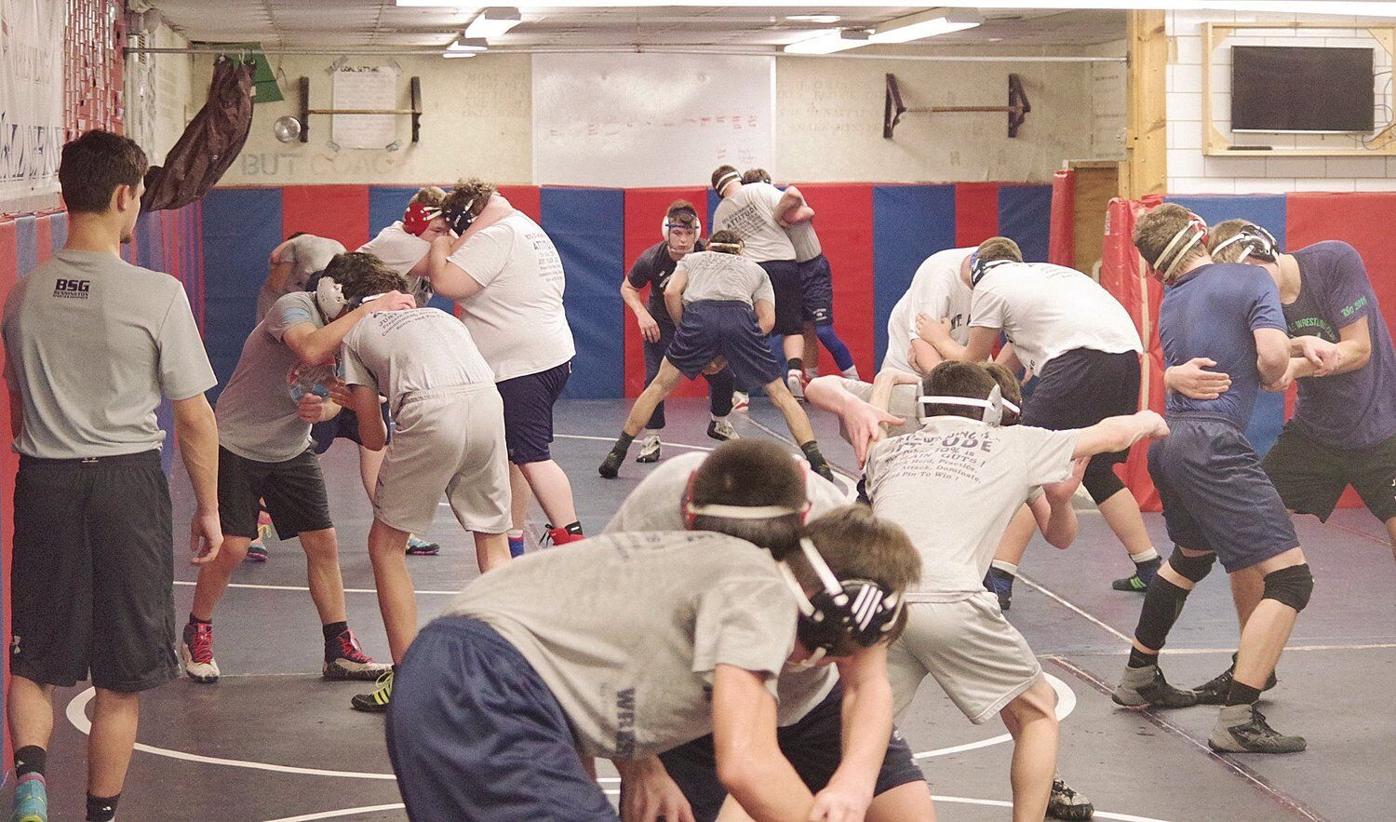 The Mount Anthony wrestlers practice last week getting ready for the team's opener.

The Mount Anthony wrestlers practice last week getting ready for the team's opener.

BENNINGTON — With a core of veteran wrestlers on the hunt for state and New England championships, the Mount Anthony wrestling team is ready to go to win its 32nd straight state title and another regional crown.

"It's similar to the year we had a few years ago, with an experienced and deep group," said Mount Anthony coach Brian Coon during practice last week.

For Coon, this senior class includes his son Keegan, who will be aiming to win his third Vermont state crown and place at New Englands for the third year in a row.

"These seniors have been doing this for four years [in high school], but I've been coaching them since they were four years old," Brian Coon said. "It's my last year to coach these guys and I've been with them for so long."

As good as the seniors are, there are freshman and sophomores throughout the room that are looking to make their mark too.

"It's a good mix. We don't have a lot of juniors, but once these [seniors] graduate, the younger kids will move up to take those spots," Coon said. "As long we do the offseason stuff, we'll be good. I think being a little more lenient, letting the kids play other sports during the year and not just wrestling, I think it's better for them as a whole."

At the New England tournament last season, the Patriots were 10th overall, with Coon finishing fifth at 145 pounds and Sam Wilkins was sixth at 195 pounds..

Wilkins will be looking to do something only a handful of wrestlers in the state have ever done — win four state championships. But after winning the first one at 160 as a freshman and the past two at 195, Coon said Wilkins might go between 182 and 195 pounds this winter.

"It'll be a different path for him at 182 than 195, especially getting toward states and New Englands," Coon said.

The other two returning state champions are at nearly complete opposite ends of the weight list, in Landon Davis, who should pencil in at 120 pounds and Hayden Gaudette, who won the 285 class as a freshman, has another year of experience under his belt and while he's still not near the weight limit, his quickness and clever moves have him in a position to be the favorite at heavyweight.

A pair of wrestlers who Coon is planning on to make an impact in the lineup is Kaleb Carpenter at 220 pounds and Kyle Hurley at 132 pounds. Kyle's brother Devon will slot in as a freshman at 113 pounds, at least early in the year.

"The best part is there's good backups at most weights," Coon said.

A new wrestler coming in is new to the varsity but not at all to the program. Ben McLaughlin is the younger brother of Gage McLaughlin, a state champion last year at 138 pounds. Ben will slide right into the spot vacated by his brother.

"He's got such a similar style, he's long and likes to put the cradle on guys," Coon said.

Their schedule remains one of the toughest in New England, with tournaments at Shenendehowa in New York to start the year and then the prestigious Lowell Holiday Tournament in the last week of 2019.

For dual meets, they have to travel to Danbury, a team that beat MAU at Kates Gym last year. They also face Springfield Central, Mass., a team that Coon said is ranked in with the top teams in the country.

"We always want to find ways to challenge the team and your guys," Coon said. "When you're only going to events when guys are rolling and beating their guy in the first period, it's hard to see the improvement. With our tough tournaments, even our best guys are in good matches, which only makes them better."

Overall this could be one of the best state tournaments in recent memory. Coon said that St. Johnsbury, Essex and Spaulding will all launch concerted efforts to knock MAU for the first time since 1988.

"It's huge to have guys at every weight," Coon said. "I think overall, this is one of the best classes I've seen since I started coaching."